Alexandre Reza at the Biennale 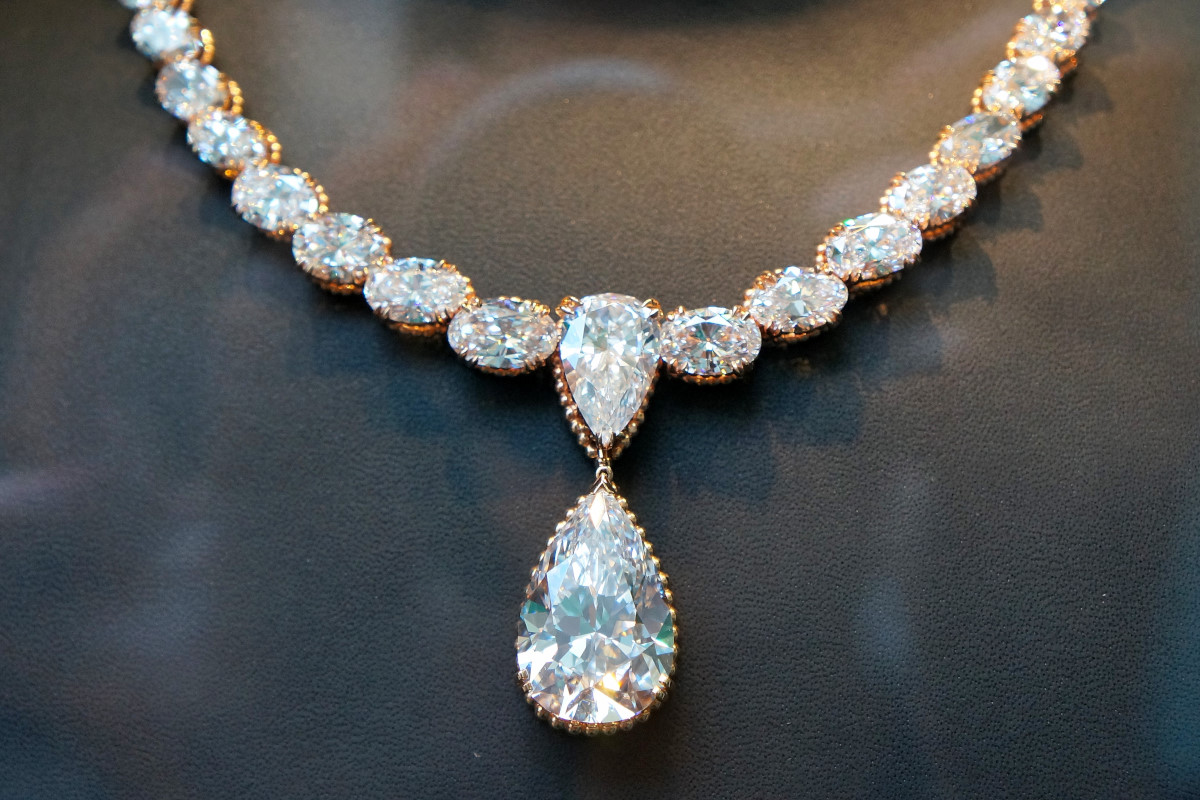 There are not many places in the world fans of Alexandre Reza can admire the moving works of the House, incorporated around the most fantastic gemstones. Salons are in Paris only, offering a very private and discreet atmosphere. It is therefore a great opportunity to visit the booth of Alexandre Reza at the Biennale des Antiquaires, where they arrived with stunning pieces to. 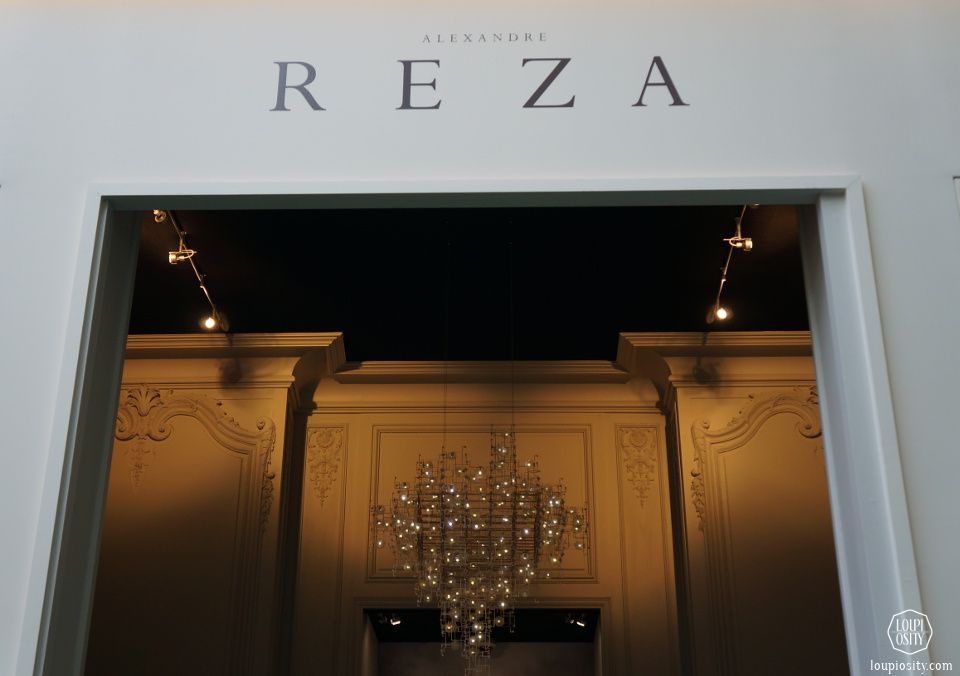 At the centre of the Turban ring, sits a 27.74 Carat unheated Ceylon sapphire surrounded like a ribbon with baguette diamonds. The Saturne necklace features 3 Columbian cabochon emeralds, 21 unheated Burmese sapphires and diamonds, the yellow gold merely serves to delicately thread the beautiful stones into a pattern.

Diamonds of outstanding colour and clarity also have a place in the collection. The Perlé necklace features two pear-shaped diamonds facing each other in the centre of the piece, one is 21.49 the other 6.38 Carats, a further 51 oval diamonds frame the necklace. The diamonds stand out from the base consisting of tiny pearls and pink gold that go beautifully with skin colour, making it seem as if only the diamonds sparkled on the wearer’s neck.

The Cascade earrings follow a similar concept; the 38 marquise diamonds delicately moving on a platinum setting seem to encase the ear. The A. ring will surely be a favourite among diamonds fans: simple, refined and modern platinum frames the pear-shaped 10.33 Carat, IF clarity and D colour beautiful stone. 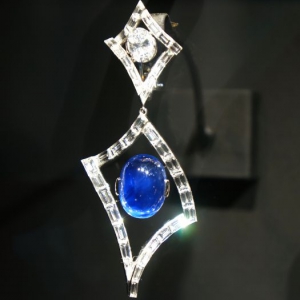 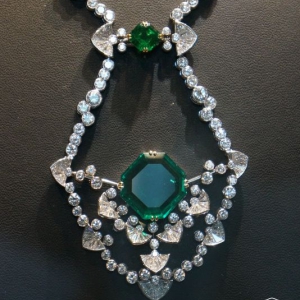 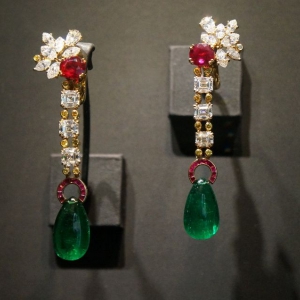 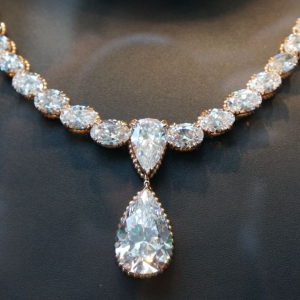 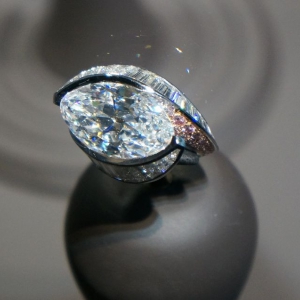 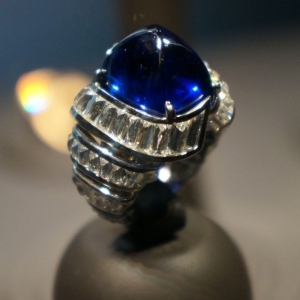 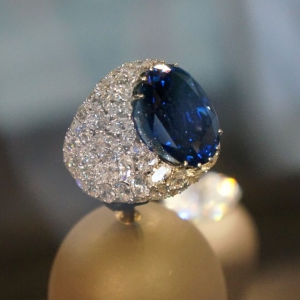 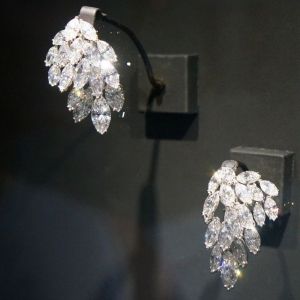 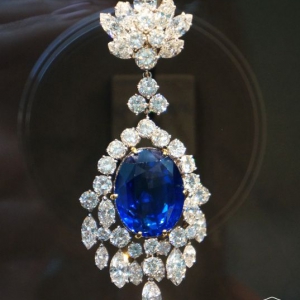 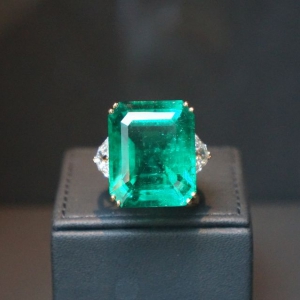 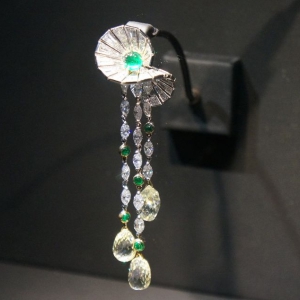 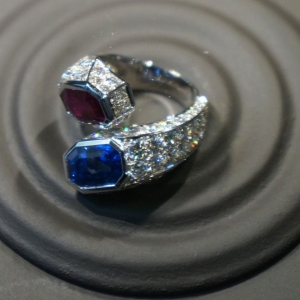 The story of Alexandre Reza

Both the origins and the history of the Reza family are rather international. Agadjan and Génia Reza, jewellery and antique traders from Persia, immigrated to Moscow and had a son, Alexandre in 1922. In 1925 they moved to France and the little Alexandre soon showed an interest in gemstones and began his career as a diamond expert.

After the World War II he travelled extensively to source special stones, which served as the key design inspiration for his work. Early on, he supplied gems to large jewellery brands.

He opened a branch in Paris around 1950 and became one of the main precious stone providers for place Vendôme jewellers. He was a great fan of coloured diamonds, Burmese or Ceylon sapphires and natural pearls. Alexandre had a unique and diverse clientele, and counted fans among members of the aristocracy and artists as well. Soon he became perhaps the greatest gem collector of modern times – he had a trained eye for exceptional stones.

He also established retail presence in Geneva, Cannes and Monaco to offer Haute Joaillerie pieces. In 1984, Alexandre Reza opened a salon spread out over two floors at Place Vendôme. He showcased breathtaking pieces from his own creations too, that, as Sotheby’s described at an auction, where characterised by “movement, lightness, composition, and harmony”.

At the end of 2007 Alexandre’s son Olivier Reza took over the company. Through his father, Olivier also gained significant experience in the field of unique gemstones.

The Alexandre Reza House owns one of the most significant collections worldwide; they are keen on selecting stones that include both quality and diversity, but also personality. Thanks to their expert eye the Maison also uses very interesting and unusual combinations – they often pair unusual colours, shapes and structures, making their creations truly unique. It is not surprising that several books have been out including their works; lately Assouline published a monumental album, presenting more than one hundred rare pieces of Reza’s creations, archival documents and vintage photography. In this book we can get a solid overview about his pieces; spanning a mix of ages and eras to create something special—a “harmonization of contradictory forces,” according to historian Arlette Seta.

A 52-carat Burmese sapphire ring, set atop 101 diamonds, a 5.02 Carat fancy vivid blue diamond set in a toi et moi (you and me) ring alongside a white 5.42 Carat diamond or a pair of fancy blue diamond and diamond pendant ear clips are only a few examples of record hit pieces.

Last year Sotheby’s organised an exhibition (The Extraordinary Jewellery of Alexandre Reza) to highlight both the historic and contemporary works of the Paris-based maitre joaillier and some of the world’s rarest gemstones.

Albeit Olivier experiments with new trends but he remains loyal to his father’s legacy: “the house is dedicated essentially in the creation and the fulfilment of the pieces. The approach is artistic, traditional and passionate.”

The salons of Alexandre Reza are set up on the first floor of Hôtel de Fontpertuis, 21 Place Vendôme in Paris, designed in the 17th century by Pierre Bullet (French architect, among his works are the Château de Champs-sur-Marne, and Porte Saint-Martin).

In mood to read more about the Biennale? Click for more:

Zenith x Fusalp Zenith x Fusalp - two alpine stars came to together in Zurich to present their new collaboration, including two Zenith Defy Classic watches and a Fusalp clothing capsule collection.  Engraved Gems at L’École, School of Jewelry Arts This June we are finally back to Paris - first of all to participate in the Révélations 2022 but of course there is always so much to discover there. Among other exciting events, we visited the Engraved Gems exhibition at L’École, School of Jewelry Arts just around the corner from Place Vendôme.Révélations Paris - Jewellery selection This June we visited Révélations in Paris for the first time. The biannual event is a prestigious showcase of the finest contemporary creations from France and abroad. Among the great design objects, furniture and art pieces, exciting jewellery is also exhibited - we selected three from our favourite ateliers.