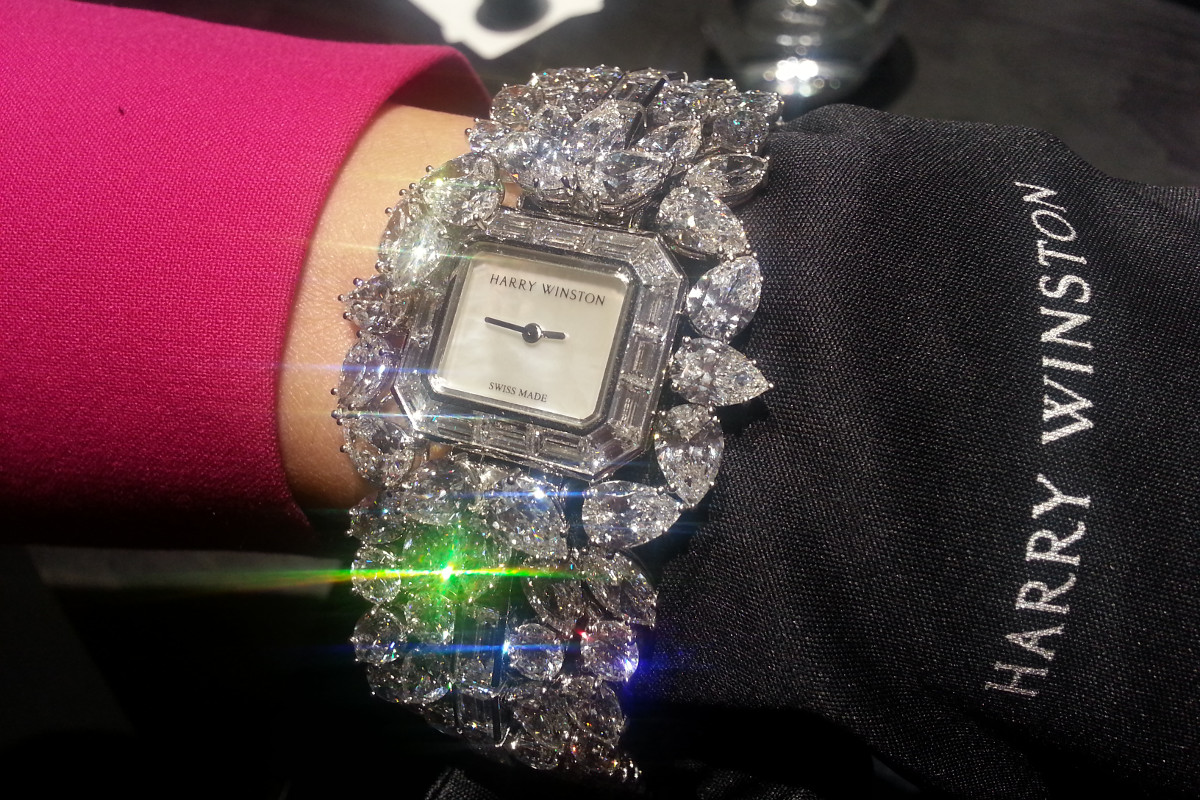 Harry Winston sneaked Fifth Avenue into Basel. The building at 718 on 5th Avenue that has served as the headquarters of Harry Winston since 1960, was originally a town house built in 1872. During its 142 year history it had been altered several times, and has witnessed the Big Apple stretching around it in all possible dimensions. Inspired by this architecture, pure straight lines, light pastel colours, a curved stairway with wrought iron handrails and a large chandelier welcomed the visitors entering Harry Winston’s booth at Baselworld. Since the company is expected to showcase pieces encrusted with diamonds, this light interior lent a modest setting to emphasize the sparkle of the gemstones.

Let’s start with the Avenue collection which is inspired by the flagship salon too. Harry Winston had a love affair with diamonds and he especially adored the emerald-cut shape that also appears in the brand’s logo. When he chose 718, 5th Avenue to be his headquarter, he imagined the boutique to be his most precious jewellery case with many details reminiscent of his favourite octagonal form, the emerald. The pieces in the Avenue collection are characterized by this shape, some in a more classical, and others in a contemporary style, but all share the two straight lines of brilliant-cut gems on both sides, and the famous arches at 12 and 6 o’clock. Let me highlight one model in two versions, which I particularly liked. With the contrast between the black sunray guilloché dial and the sparkling diamonds on the Avenue C Art Deco Harry Winston wished to evoke Manhattan at night. From the skyscrapers down to the Coral Sea is where the Avenue C Precious Marquetry takes us by fascinating inlays made of different types of mother-of-pearl, including Freshwater, Tahitian, solid pink, white, and beaded. Some with geometric edges, others look more like fish scales. 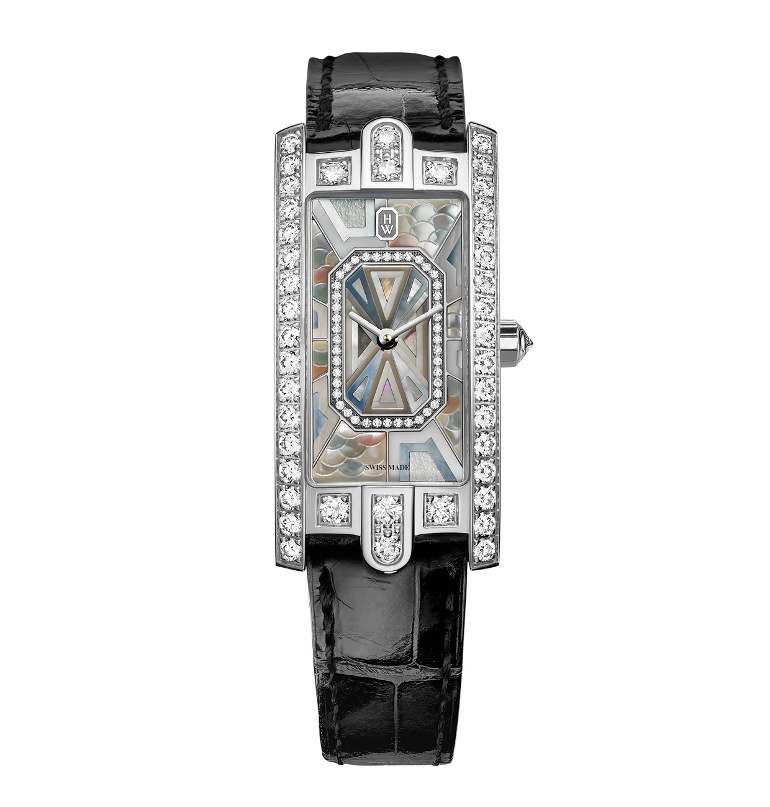 The motif on the mother-of-pearl dial of Ocean Moon Phase 36mm reminds me of little intersecting waves when we drop pebbles into water. The dial is framed by stage-set diamonds and this time the arches appear at the crown. The Moon travels behind the laces in the chapter ring showing its powdered rose gold surface according to the appropriate phase. The shimmering blue surface of the seas appears on the mother-of-pearl dial of Ocean Biretrograde 36mm. The hands and the indexes are reminiscent of the swimming silver fishes in the water. Below the hours and minutes sub-dial, there are two retrograde circle halves: one for the seconds, one for the day of the week. The movement, which has been with the collection since its launch in 2006, has received silicon balance this spring.

A similar shape like the Oceans, but slightly bigger and with a single little gemstone describes the appearance of the Harry Winston Midnight Moon Phase Automatic 42mm. Centred is the hand of the date indicator that sweeps the lower third of the dial’s circle, and overlaps the moon-phase at 6 o’clock. The moon disk has an extra-terrestrial texture and at its lowest circumference, like the Pole Star, sits the single brilliant-cut diamond. The timepiece comes in a black and in a silver-toned version in 18K white and rose gold. 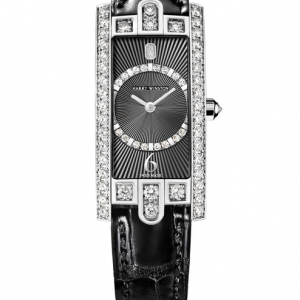 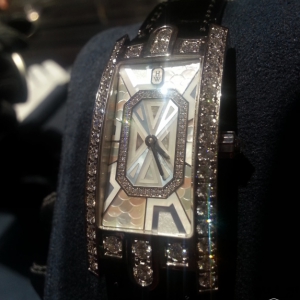 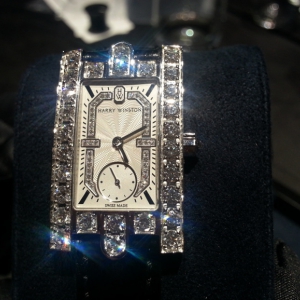 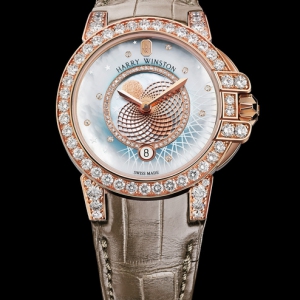 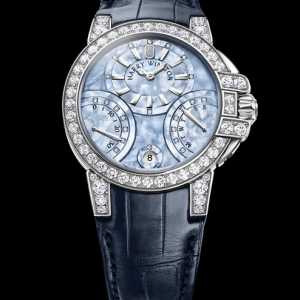 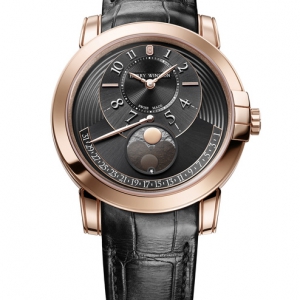 The House has left the announcement of the new Opus for later, but have gladdened the fans of smart timepieces by presenting the 5th model of the Histoire de Tourbillon series. With this collection Harry Winston celebrates the regulator complication invented in around 1795; this time a spectacular tri-axial tourbillon can be observed in its entire depth through a dome shaped sapphire crystal. It was made in a co-operation between Harry Winston and Greubel Forsey. This is the first in the series to be crafted in rose gold. Black bridges, giving the character of the timepiece are made of micro-blasted and PVD coated titanium and maillechort. Time is visible on two sub-dials orientated symmetrically; the top marking the hours, while the lower the minutes. The watch is limited to 20 pieces.

All pieces in the Project Z collection are made of a special zirconium-base alloy, called Zalium TM. Zalium is claimed to be lighter, harder and more resistant to corrosion than titanium. Project Z8 is a dual time zone watch – the home time together with a day & night indicator is shown on the sub-dial at 1 o’clock, while the local time is pointed by a retrograde hand on a scale stretching from 6 to 11 o’clock. Thanks to a clutch system, the adjustment of both time zones can happen clock- and anti-clockwise. The watch is limited to 300 pieces. 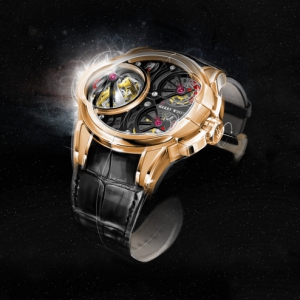 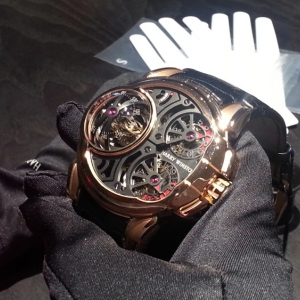 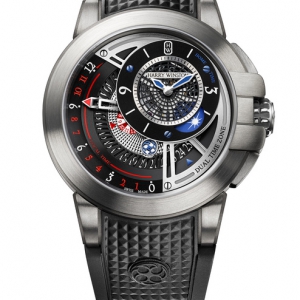 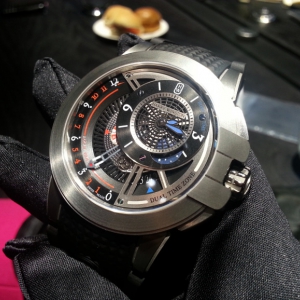 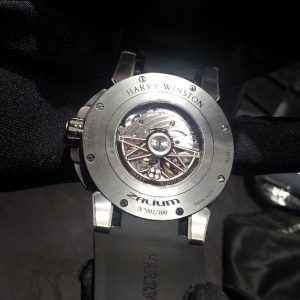 On 1st March Harry Winston celebrated the birthday of its founder with a short film. He showed interest in his father’s profession at an early age and started to work beside him initially in their Manhattan jewellery shop. He was only 19 when he established The Premier Diamond Company and soon he commenced buying jewels. It is only estimation but he probably owned more than one third of the world’s most famous gems, such as the Jonker or the Hope diamond.

It is no surprise that diamond jewels and jewel watches are a labor of love for the Maison. Several such pieces have been created such as the Glacier, the Harry Winston Signature 7 or the round dial Cluster.

The spectacular Emerald Cluster diamond watch is dedicated to the technique developed by Mr. Winston. The essence of the cluster technique is that diamonds in different shapes and sizes are laid next to each other, even in different angles and different settings in a way that the sparkle of each diamond is maximised. The dial of the platinum Emerald Cluster is emerald-cut shaped, surrounded with baguette diamonds and nestled within a cluster of pear-shaped stones. “The King of Diamonds“ would be really proud of this piece. 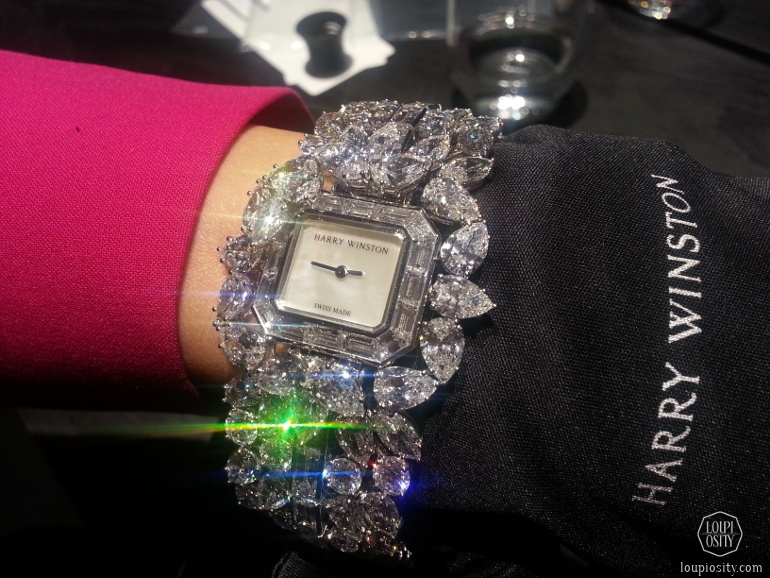 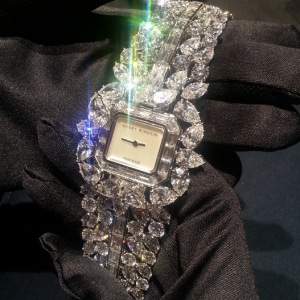 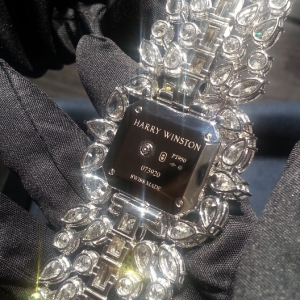 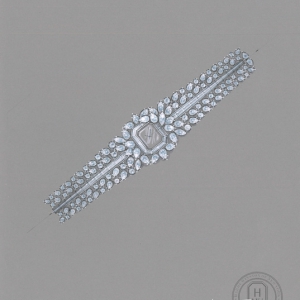 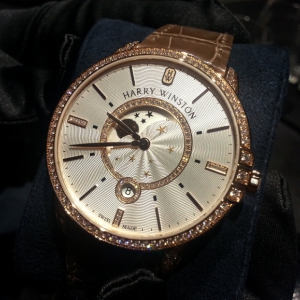 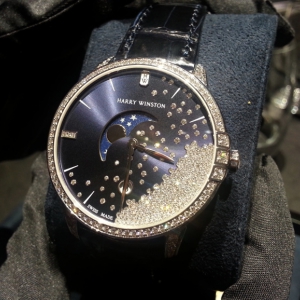 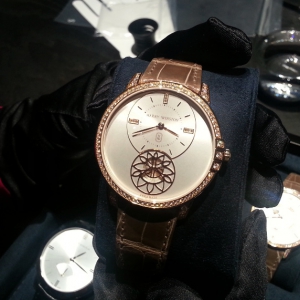 Rolex at Baselworld 2019 Standing tall at its signature Baselworld spot Rolex brought exactly what the company is a master of: consistency. No ground-breaking novelties this year, instead fine tweaks in shapes and details characterise the 2019 portfolio.Game Changers - Phillips Watches Phillips' Game Changers auction will be held in New York with iconic timepieces from equally iconic individuals. We previewed the two highlights of the sale in Geneva.Girls don’t just wanna have fun – Part 17,… In this series we showcase mechanical and artistic wonders that were especially designed for women and others originally for men that come alive on spirited ladies’ wrists. 2019 brought new options for women demanding artistic and technical excellence in a timepiece. I selected a few from those presented at Baselworld.