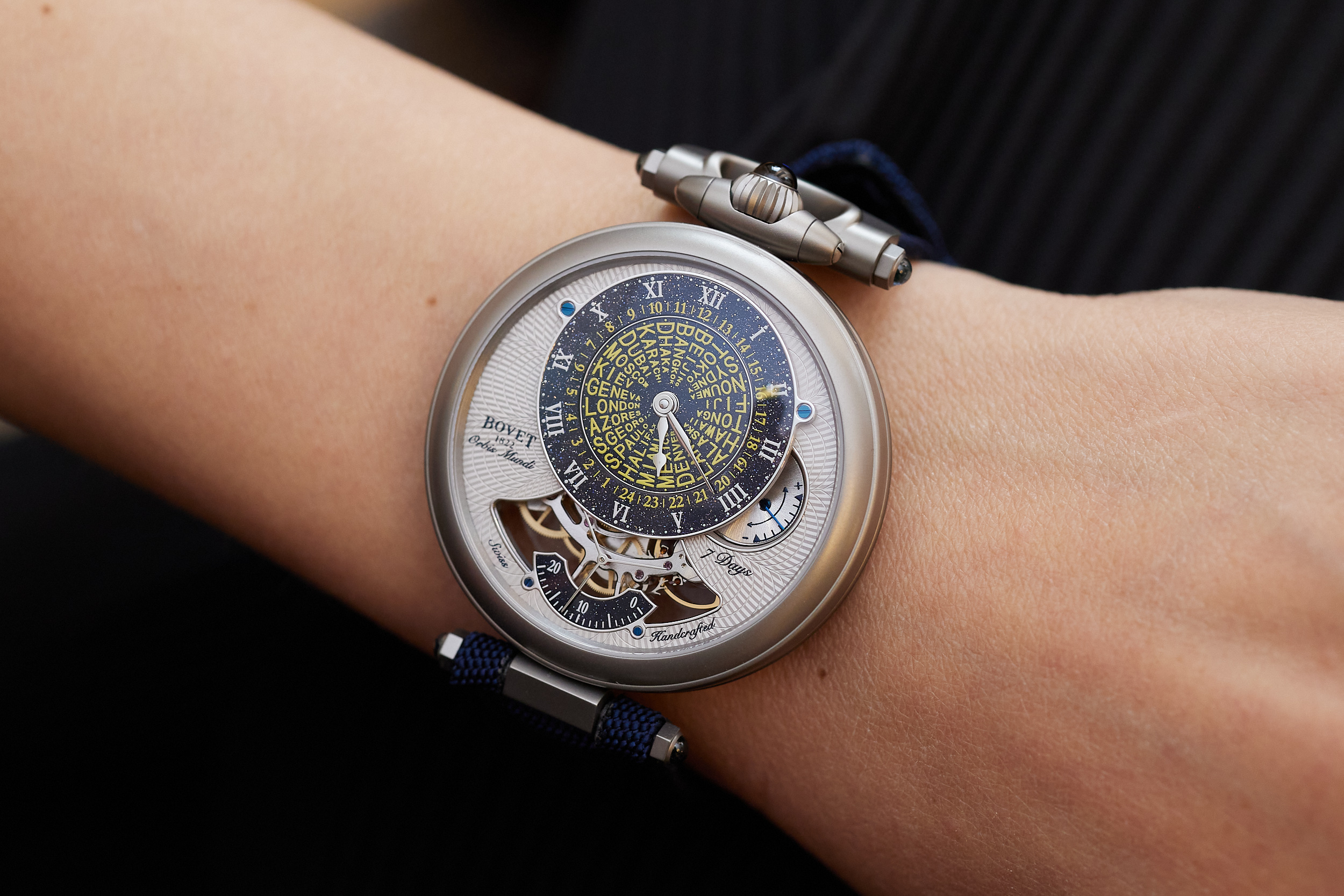 Bovet celebrates the 200th anniversary of the company’s foundation by Eduard Bovet in 1822 this year. The Manufacture will hold boutique events throughout the year in various cities around the globe. At the opening of the event series, they presented Orbis Mundi, a true Bovet world-timer in the Villa Louis-Jeantet in Geneva.

The Villa Louis-Jeantet was an interesting choice for the presentation as the story of the building and the House of Bovet has certain parallels.

Eduard Bovet founded the company with his three brothers in 1822 and they made their fortune by producing pocket watches in Europe and trading them in China. By the 1830’s Bovet became synonymous with the watch in Southern China thanks to the admiration of his fine workmanship and artfully decorated pocket watches by the local upper class. Following his death in 1849, the watchmaking business continued for two generations before entering a dormancy of almost 130 years in 1864. In 2001, Pascal Raffy revived the exclusive manufacture with the goal of evoking emotions from haute horlogerie enthusiasts via exceptional technical and aesthetic solutions. Similarly, the once beautiful Italian neo-Renaissance style private mansion erected in the beginning of the 20th century, Villa Edelstein was abandoned for years following a fire in 1984, before the Louis-Jeantet Foundation received the leasehold for 99 years and breathed new life into the building. Since 1998, it has served as the Foundation’s headquarters, which supports European biomedical research. The Villa and the linked Auditorium that was added to the estate during the refurbishment are rented out for events like this. By both uniting the sophistication of the past and modernity, Bovet and Villa Louis-Jeantet are a natural fit.

The presentation took place in the reception hall overlooking the garden. The highlight of the show was of course the new Orbis Mundi world-timer, while other recent astonishing creations received a spot on the trays too.

Having traded between Europe and China, the success of the Bovet brothers’ enterprise was based on travelling. Inspired by this, creating timepieces with an intuitive world-time function has been an important avenue for Pascal Raffy since the resurrection of the company. Just think of the Bovet Récital 26 Brainstorm® Chapter Two, which received the ‘Mechanical Exception’ award at the 2020 Grand Prix d’Horlogerie de Genève (GPHG). The domed blue translucent quartz dial at 3 o’clock presented time for instant reading in 24 time zones with perfect naturalness. 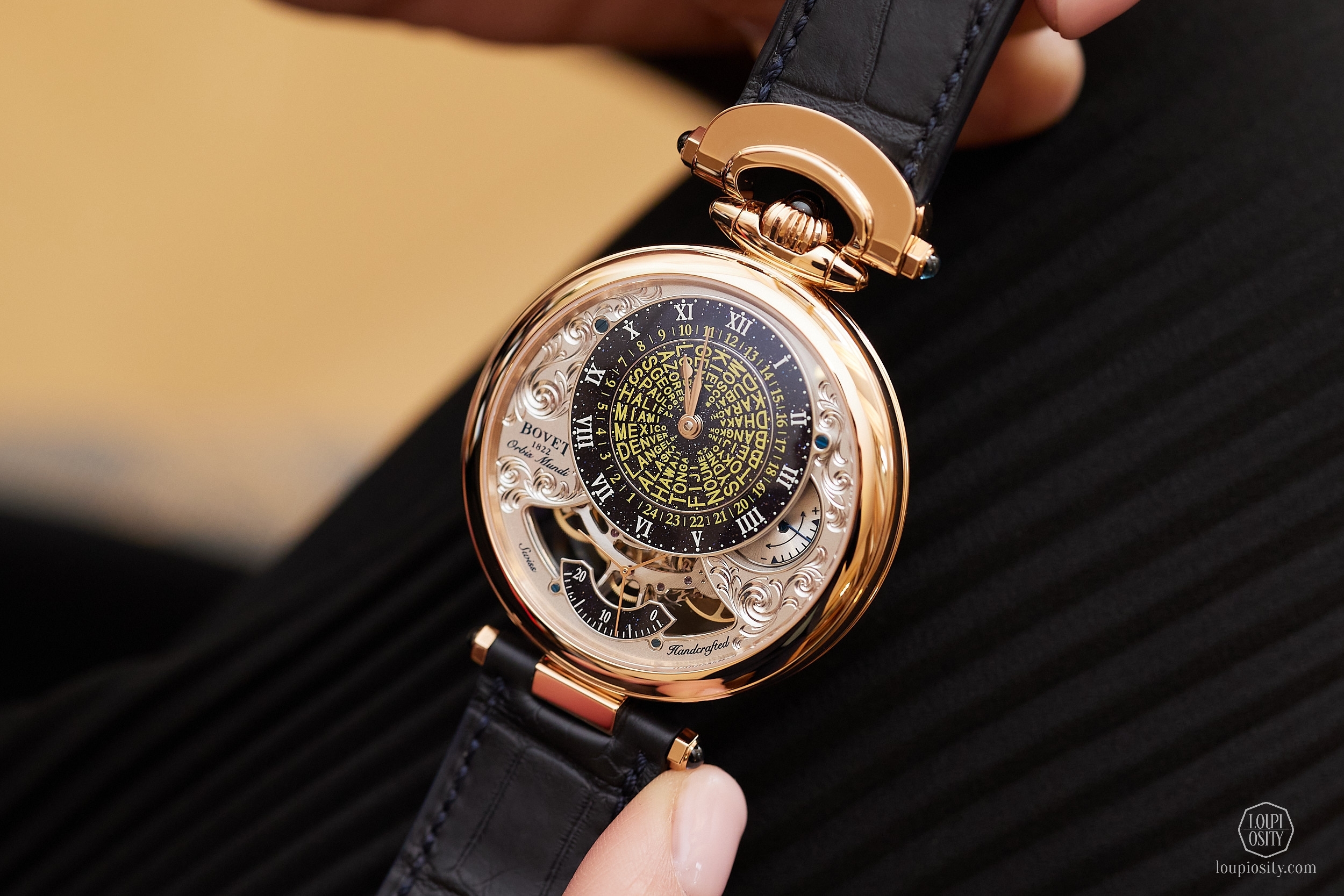 This function and a variation of this display is in the spotlight on the new Orbis Mundi. There are no sub-dials, but a fantastic aventurine-adorned main dial that consists of a centre disk and a time chapter ring with white Roman numerals for the time and yellow Arabic for the world-time. The inner disk containing the names of the cities in the 24 time zones rotates as the hours pass by. One can read the time in all these time zones from the Arabic numerals next to the cities. It is co-located with the local hours and minutes display, which are shown by the golden hands. A three-arm rotating hand indicates the seconds on the 20-second aventurine glass at 6 o’clock.

The movement is placed in the Amadeo case Bovet introduced in 2010. As you can see, there are no buttons or recessed pushers – all setting and winding is done by the crown at 12 o’clock. Turning it clockwise adjusts the time zone dial, while counter-clockwise it sets the local time. The comfortable 42mm case is offered in 5N red gold or in Grade 5 titanium. As always, the finishing of the movement and the plates is extraordinary and it varies according to the case choice. In fact, Bovet 1822 offers bespoke services and therefore the options are not limited to the guilloché  or the Fleurisanne pattern shown.

As accustomed by Bovet, the 3Hz calibre 15BM01HU is not only highly accurate but also very efficient. Employing only one mainspring, it runs for 7 days with a single winding.

As a true anniversary model, Orbis Mundi exhibits the quintessential characteristics, the ingenuity and the spirit of Bovet timepieces that earned fame for the house among the circle of modern collectors. Aficionados will be offered 60 numbered units in the limited production series. 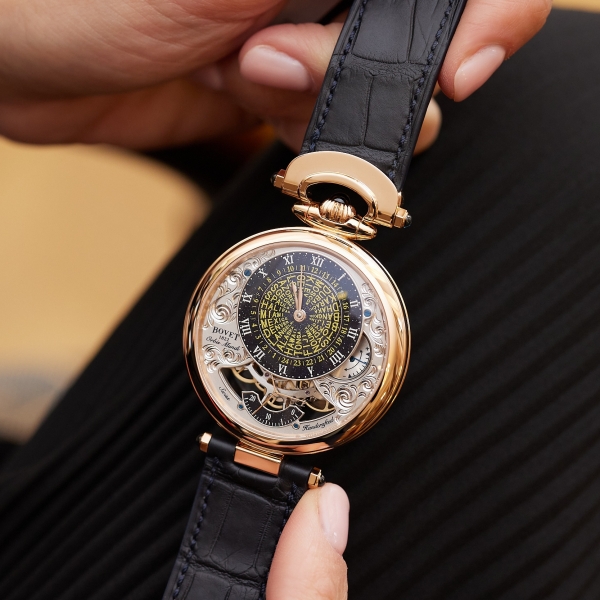 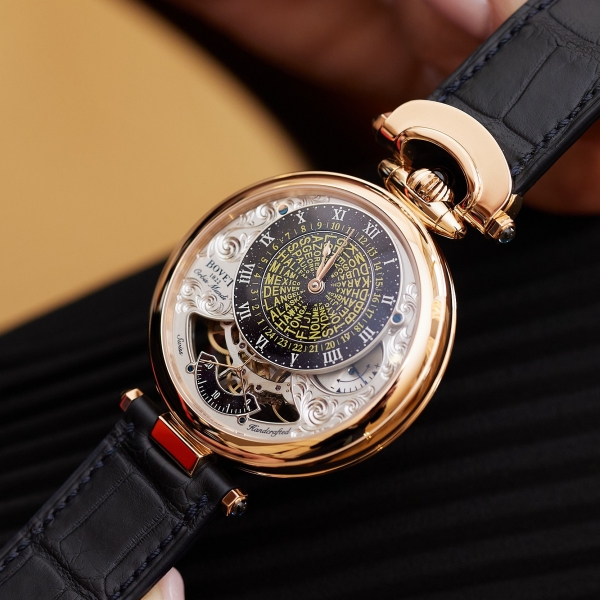 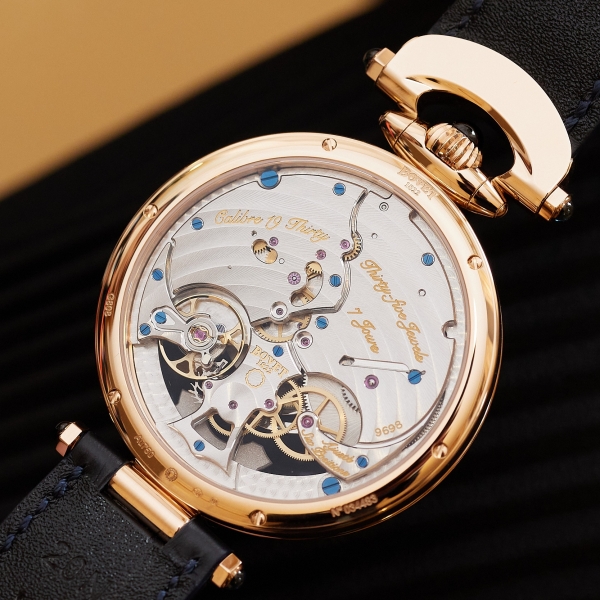 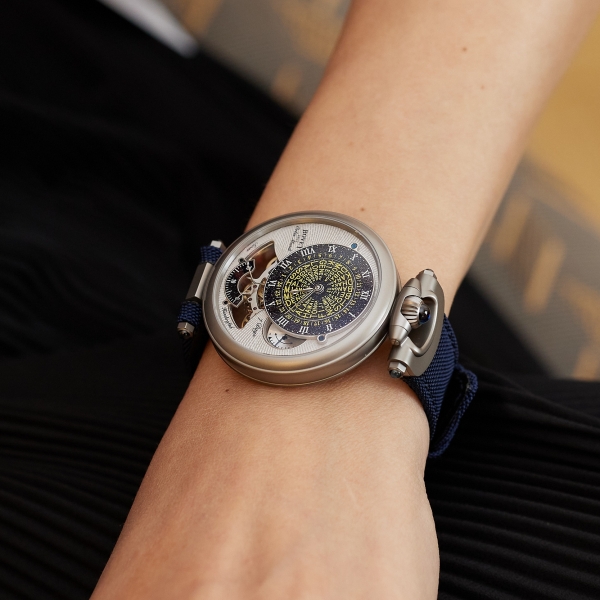 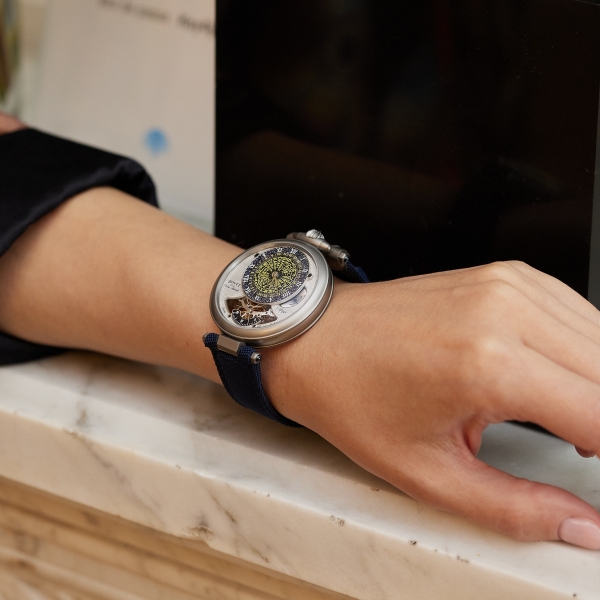 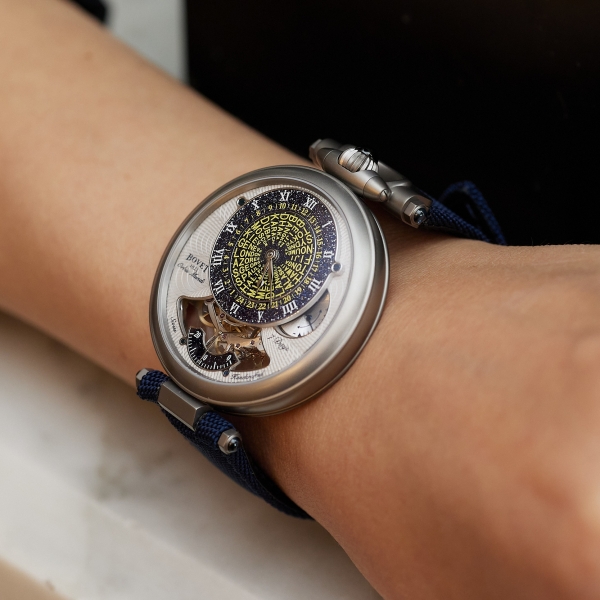 Bovet 1822 - 200 years young In 2022 the House of Bovet celebrates its 200th anniversary. Right after the Geneva Watch Days, we spent a (mostly) sunny September day at the Château de Môtiers among beautiful timepieces, ambience and people. As a watch lover you couldn't wish for a better closing of the week.Bovet Récital 26 Brainstorm® Chapter Two At the Geneva Watch Days, BOVET 1822 introduced the Récital 26 Brainstorm® Chapter Two, a technically and artistically captivating timepiece encased in the inclined sapphire structure debuted last year on Chapter One.Bovet Battista Tourbillon at Dubai Watch Week 2021 At the Dubai Watch Week 2021 we had the chance to see the Bovet Battista Tourbillon, the next milestone of the brand’s collaboration with Pininfarina. The co-designed model is inspired by Pininfarina’s Battista GT Hyper Car.