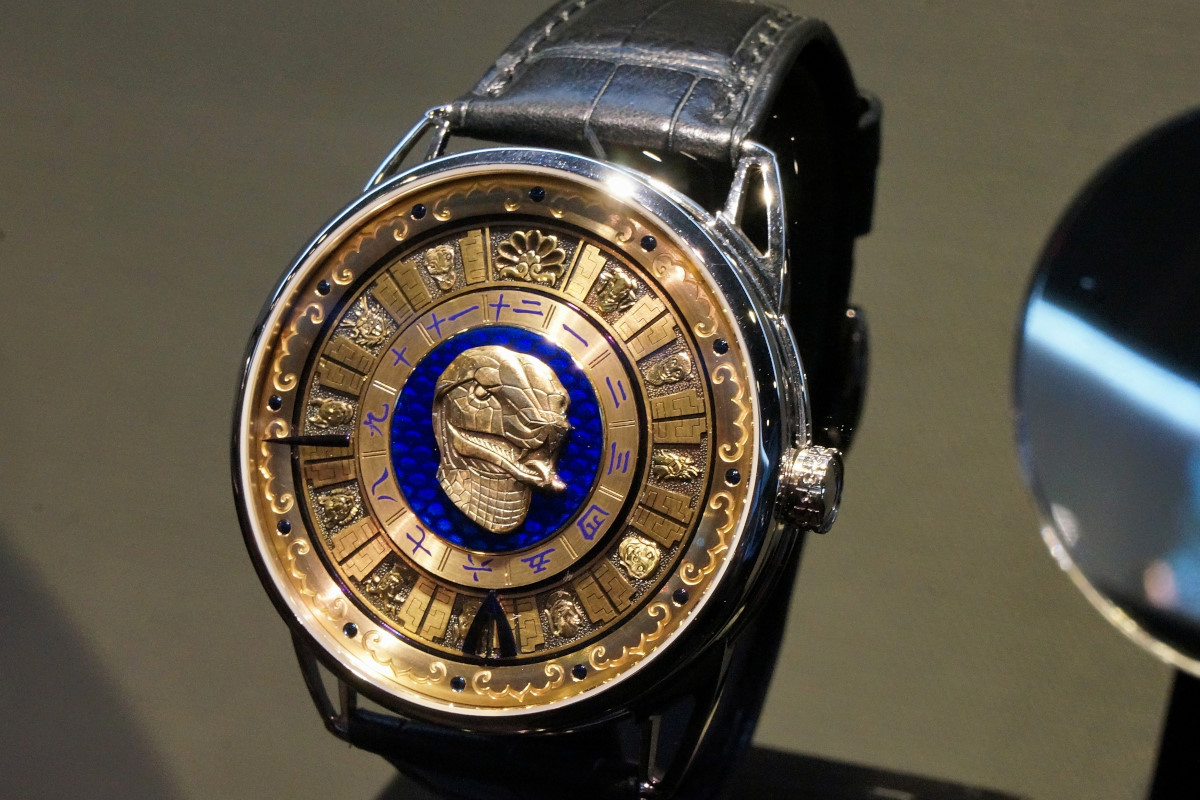 Almost all the watches made their debut at the SIHH or Baselworld, entries in the Grand Prix d’Horlogerie de Genève category were accepted until 15 June in 10 categories. The jury selected 71 runners-up from all the entered pieces, and one watch in each category will be announced the winner on 15 November. You can find a brief of the GPHG exhibition in Dubai in the 1st part of the article.

Let me highlight a few pieces that made a particularly profound impression on me and that I have not discussed previously.

Audemars Piguet introduced the 10-piece limited edition Tradition Tourbillon Minute Repeater Chronograph at the SIHH 2013 that includes an AP 2874 calibre consisting of 504 parts with three major horological functions, a chronograph, tourbillon regulator, and minute repeater. This calibre is only used in the Tradition and the Jules Audemars Tourbillon Minute Repeater models. The minute repeater requires a complex mechanism; it needs to produce three different sounds, to distinguish hours, quarter hours, and minutes in the striking sequence. This watch uses two gongs, made from the two ends of a single length of wire supported in the middle, and if a third sound is needed it is made by striking the two gongs rapidly in sequence, first the high tone and then the low. In the repeater watches, the sound exuded by the watch mechanism greatly depends on the material, size and proportion of the case. According to the manufacture, the gong produces the most beautiful sound in the 47mm titanium version (pictured). 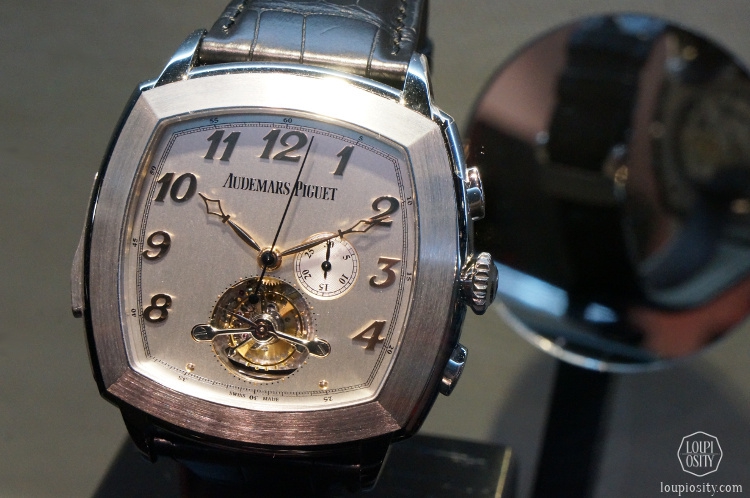 Chopard entered the contest in several fields this year, by nominating watches in the Sport, Jewellery, Innovation, and Ladies’ watch categories. The L.U.C Perpetual T in the Grand Complication category carries the Poinçon de Genève quality hallmark and it also has a hand-wound tourbillon movement, and a nicely legible perpetual calendar. This piece is equipped with four spring barrels (L.U.C Quattro technology) – the movement guarantees a power reserve of approximately 9 days. The Perpetual T successfully passes the tests of the Swiss Official Chronometer Testing Institute. The COSC tests rating precision and issues its timekeeping certificate only for watches that meet its established tolerances. The exterior of the Perpetual T in no way falls short of the interior contents: it features a 43 mm rose gold case, a gold dial adorned with hand-made guilloche motifs and rather big, gold Roman numerals marking the hours. Similar to the other pieces in the L.U.C series, the Perpetual T stays true to the traditions of Louis-Ulysse Chopard. It is a sophisticated, discreet, yet functionally rich mechanical masterpiece – as Chopard described “the Perpetual T is the epitome of Fine Watchmaking according to Chopard”. 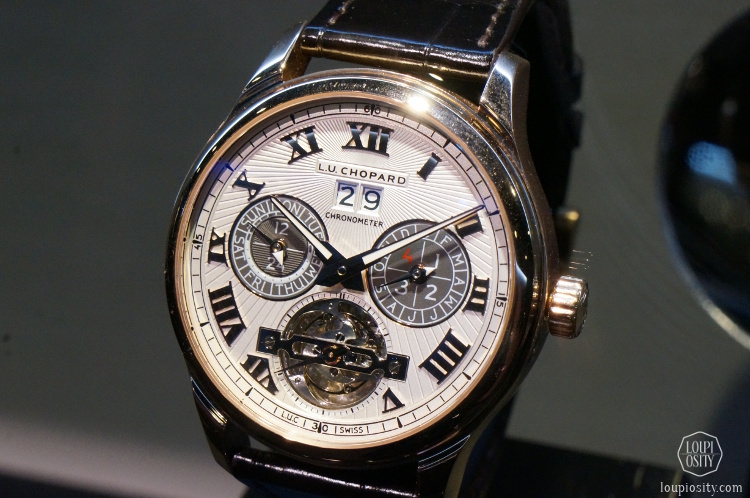 The commedia dell’arte is an improvised play that blossomed in Italy in the mid 16th century, where characteristic masks were also used to help portray the characters. The plays generally featured typical figures, including the most well-known Brighella, Pulcinella and Harlequin. Bulgari dedicated the Commedia dell’Arte to these three figures; the collection includes three watches, each in a limited edition of only 8 pieces with highly complicated movements and intricately crafted dials. The watch is operated by Bulgari’s BVL 618 in-house movement, with the functions of jumping hour and retrograde minutes; when the watch’s chime sounds, the characters on the dial begin moving in carefully choreographed motions. The dial is a masterpiece in itself, showcasing several artisanal techniques requiring extreme expertise, such as miniature painting or engraving. The artists developed the moving characters and the background on 4 separate 18k gold discs. 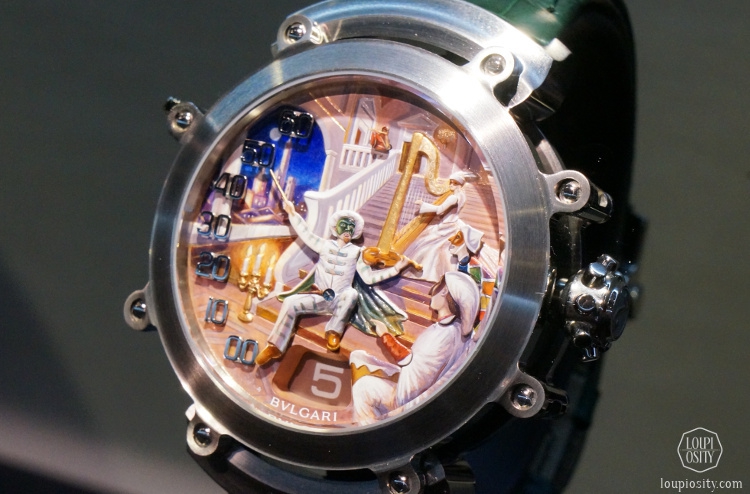 Certain watches have an interesting story or source of inspiration in addition to the displayed fine watchmaking techniques. One of the pieces from the young De Bethune brand, the  DB25 Imperial Fountain is such a piece. The Yuanming Yuan (The Gardens of Perfect Brightness or the Old Summer Palace) was erected in China in the mid 1700s. This was a beautiful compound of palaces and gardens. The Haiyantang stood in one of the gardens, and included a water clock fountain consisting of 12 bronze Chinese zodiac statues, where the water jets from the indices marked by one Chinese Zodiac animal told the time. Only 7 of the 12 animals have survived, and these were restored at the beginning of the millennium. This so-called clepsydra (water clock) inspired the DB25 Imperial Fountain watch collection, which includes 12 timepieces each featuring the engraved head of a Zodiac animal.

The creation of such a watch dial required outstanding artisan expertise; Michèle Rothen Rebetez uses a unique engraving technique to carve the zodiac figures. The essence of the “bas relief” is that the engravings have a shallower depth than proportions would demand so that the decoration is not distorted even when viewed from different angles.  The centre of the dial is created using the Grand Feu enamel technique, and the fine enamel patterns were fired at a rather high temperature (840C). Due to the unique design and the thickness of the watch-face, De Bethune have used a special movement that also features several trademarked innovations. 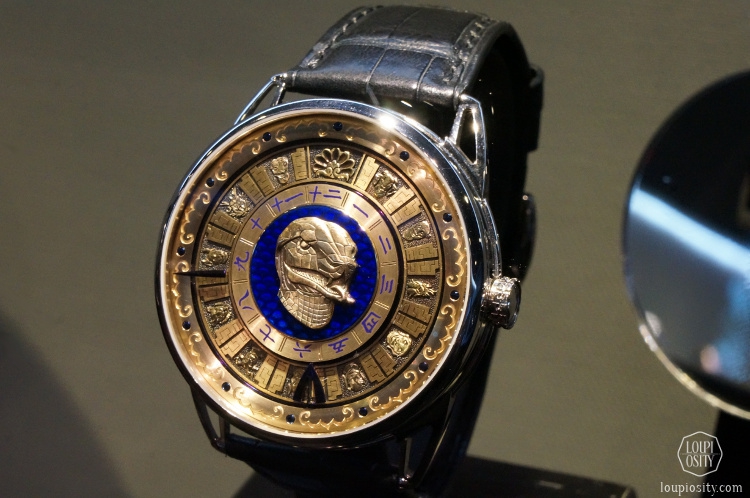 At first glance the Bulgari Berries Jumping Hours Retrograde Minutes is a jewellery watch; it features a black satin strap, and a white  mother-of-pearl dial, a pink gold case set with 133 diamonds, 2 emeralds, 2 tourmalines, sapphires, rubies and amethyst and the crown is set with a tourmaline making it true to  Bulgari’s Haute Joaillerie traditions. However in this Berries model the art of high jewellery has been blended with the expertise of mechanical horology. The case hides an in-house made self-winding mechanical movement with power reserve, jumping hours, and retrograde minutes. The retrograde minutes hand makes an instant 180° counter-clockwise jump every hour. The back of the watch is a sapphire glass, through which the 22k gold oscillating weight is clearly visible. 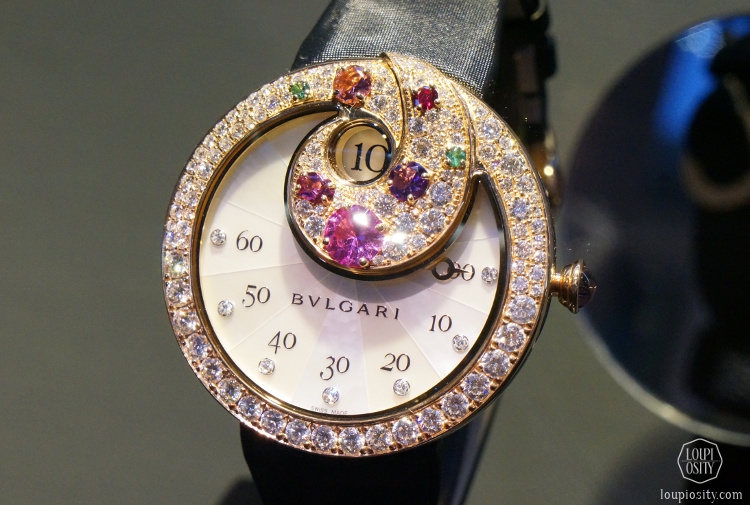 Photo credits: GPHG, Loupiosity.com.
All registered trademarks are property of their respective owners.
All rights reserved.