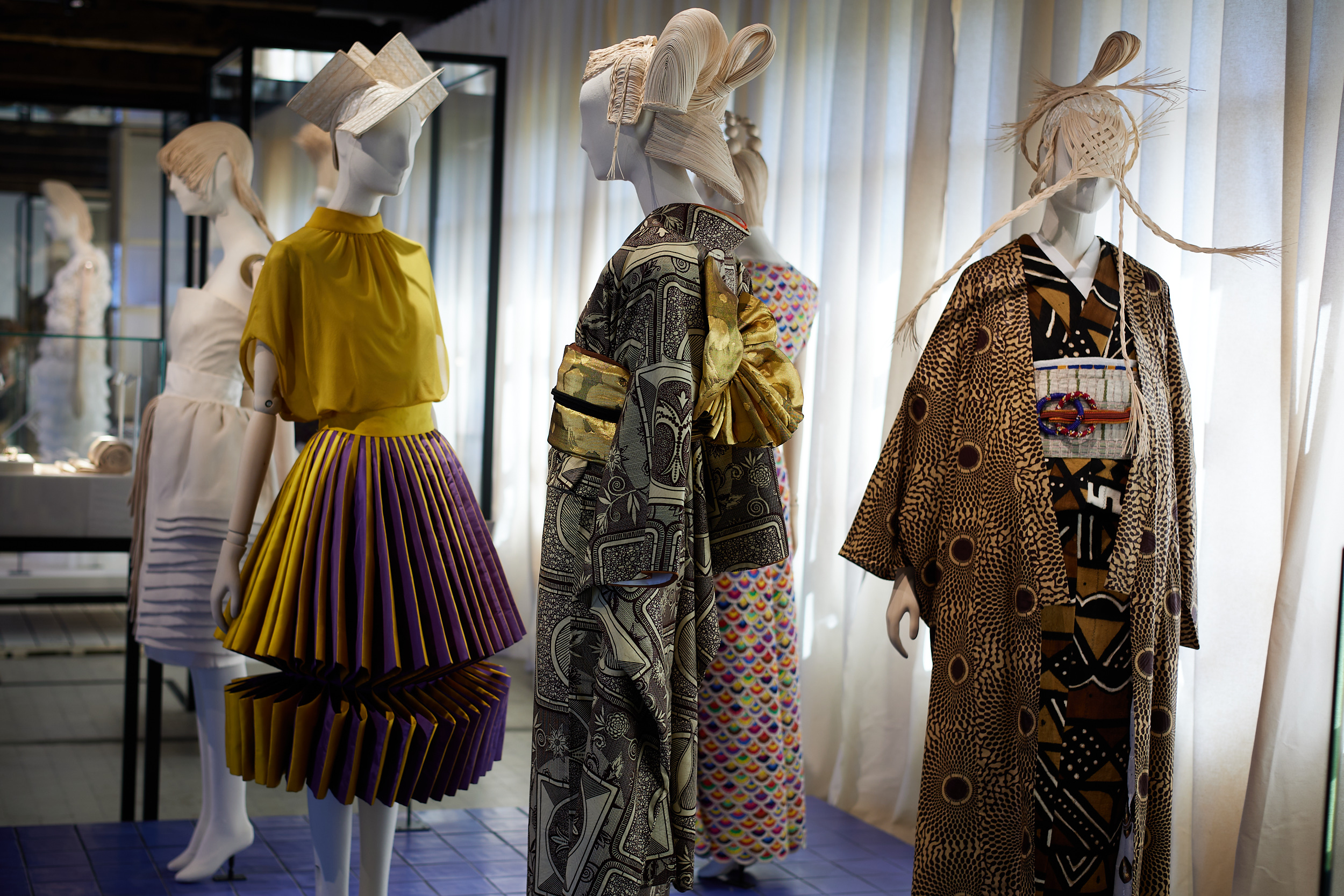 The ‘Details: Genealogies of Ornament’ is set in the Nautical School area at Fondazione Giorgio Cini. It is one of 15 exhibitions that comprise the Homo Faber Event 2022, organised by the Michelangelo Foundation.

The main focus of this exhibition is showcasing the fine craftsmanship of 15 luxury maisons – fine watches and jewellery, bags, haute couture, tailoring or perfumes for example. Each brand has its own little space in which visitors can observe the master artisans as they craft their objects and chat with them. It is amazing to witness the work of these artists – all of them share their great passion and dedication for her or his profession.

As the fashion exhibition designer and curator Judith Clark says – ’Homo Faber always looks at the person in the process. It looks at the skill, the very human skill that goes into producing these wonderful objects.’

Come with us to discover a few of the Maisons!

We recently admired great jewellery watches at the Piaget booth of Watches and Wonders 2022 and now we had the chance to meet one of their artisans.

Piaget has a wealth of experience with goldsmith techniques. The sumptuous metal texture decorations include the so-called ‘décor palace’ or the typical Milanese mesh bracelet – these two techniques were in the spotlight at Homo Faber.

The ‘décor palace’ gold finishing from 1960 is a decorative hand-engraving technique. It gives precious metals an iridescent, textured appearance evoking silk or other fine textiles. It has since been applied to many Piaget creations – like the exhibited ‘Extremely Piaget’ rose gold necklaces with turquoise and marquise-cut white diamonds or the cuff watch from the ‘21st Century Collection’. This 1970 cuff design combines the yellow gold ‘palace’ decoration with lapis-lazuli and turquoise stones. 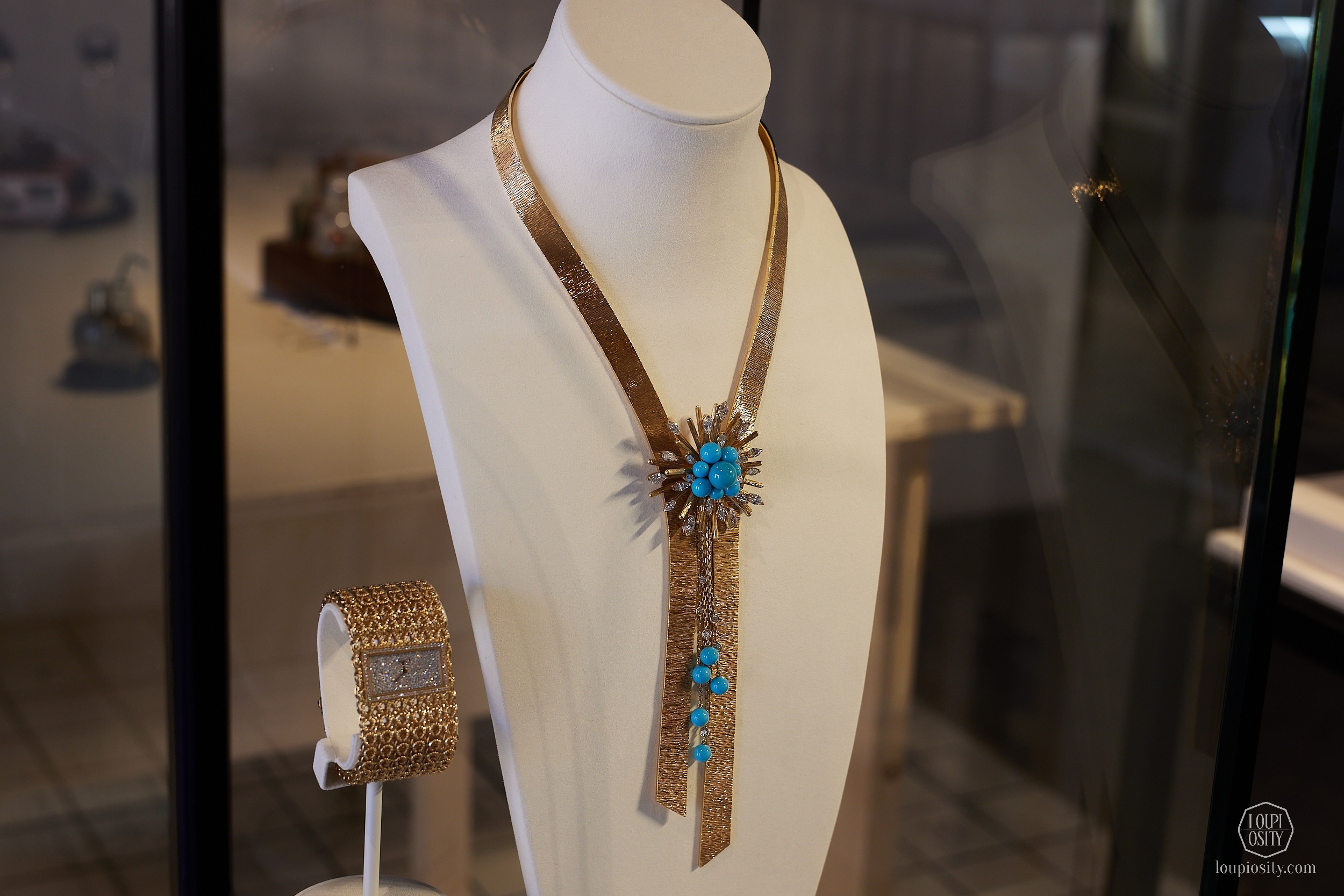 The Milanese mesh bracelets are ‘woven’ from thin metal wires – Piaget’s technique and its superlative standards make it not only very distinctive but also very comfortable to wear. The supple gold bracelet fits perfectly around the wrist and adapts to the temperature of the skin. The great quality Milanese strap also does an excellent job of resisting and ‘hiding’ scratches. 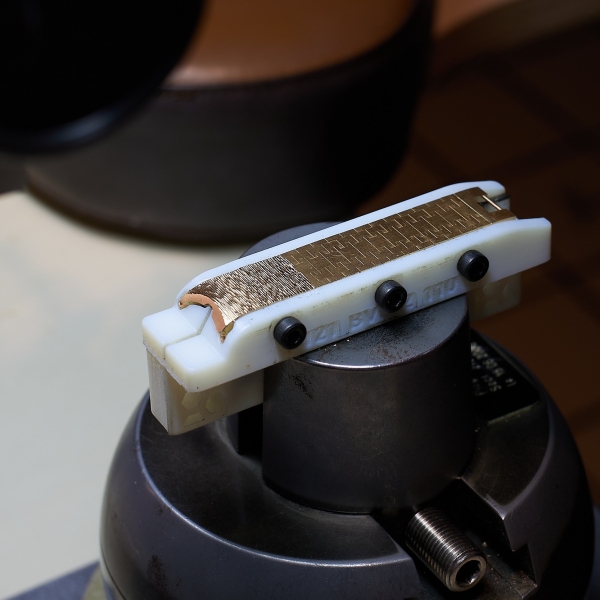 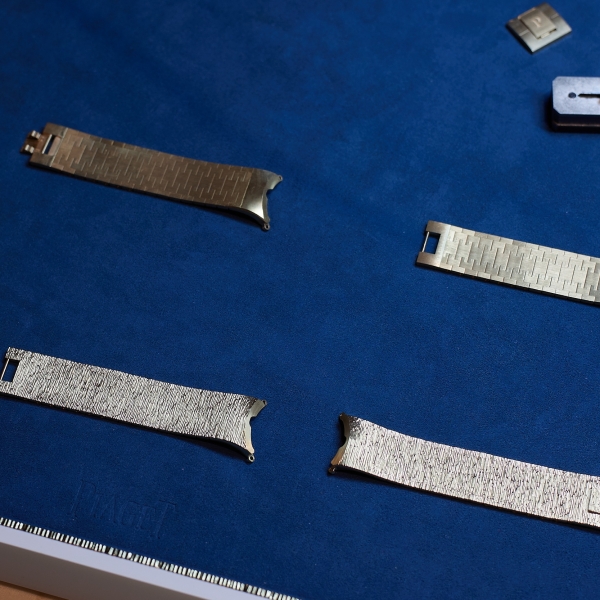 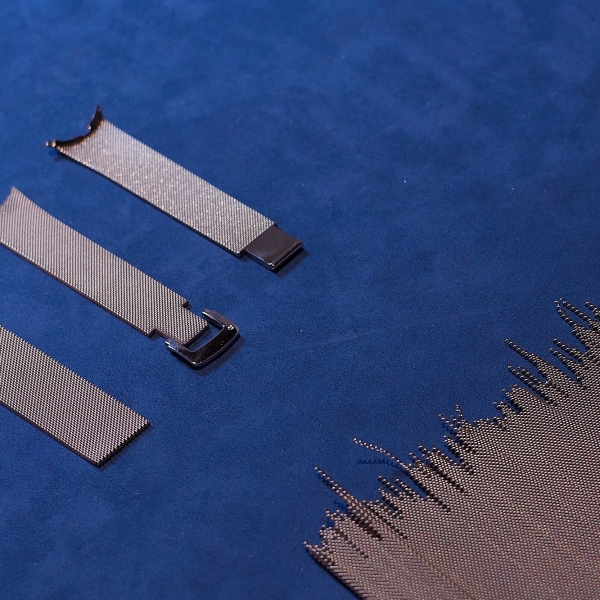 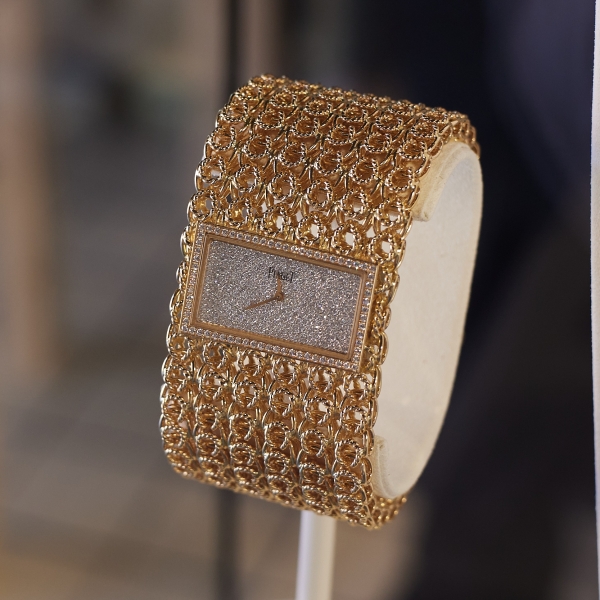 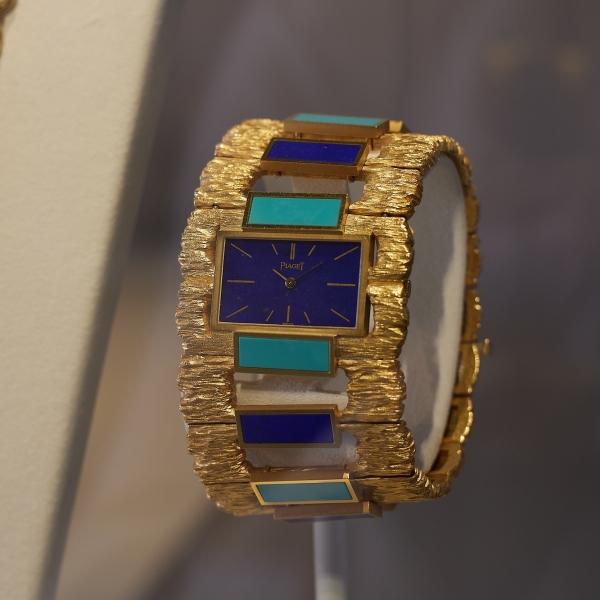 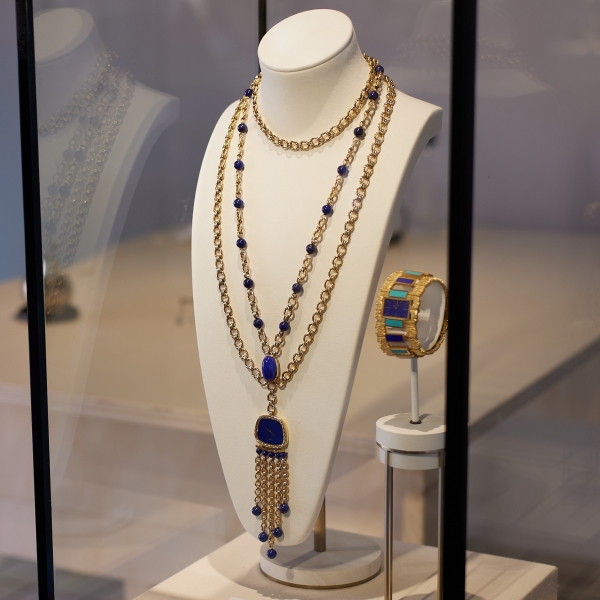 We also had a great encounter with the Vallée de Joux Maison in Geneva very recently – where they presented – among other creations – two new celestial timepieces based on the fantastic Calibre 945 and an Atmos clock displaying the relative positions and movements of the Earth, the Moon and the Sun.

At Homo Faber the centrepiece was the Atmos Régulateur ‘Cherry Blossom’. In homage to Japan, as the event’s ‘Guest of Honor’, JLC chose to depict the sakura or cherry blossom on the new Atmos Régulateur.

It is a one-of-a-kind work of art, showcasing the clock’s mechanism within a transparent glass cabinet set between two panels of black Grand Feu enamel, depicting the symbolic flower of Japan. A branch of cherry blossom, hand-painted in enamel, extends seamlessly from one side, across the dial ring, to the opposite panel. The special enamelling alone requires 200 hours of dedicated work by the master artisans in the Métiers Rares® atelier of Jaeger-LeCoultre. 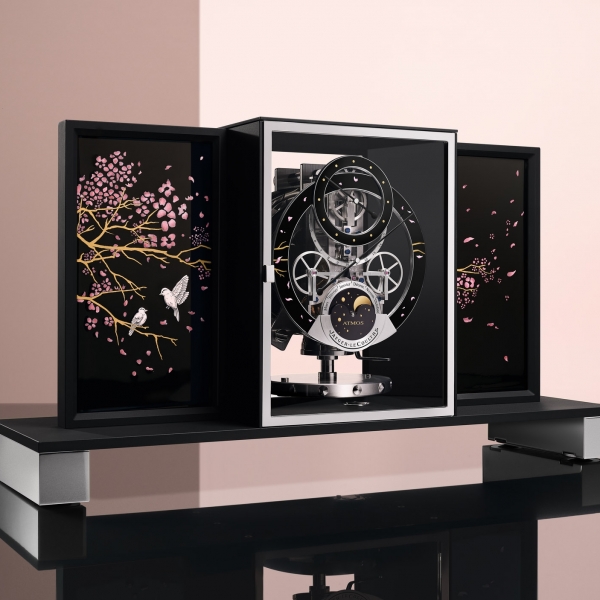 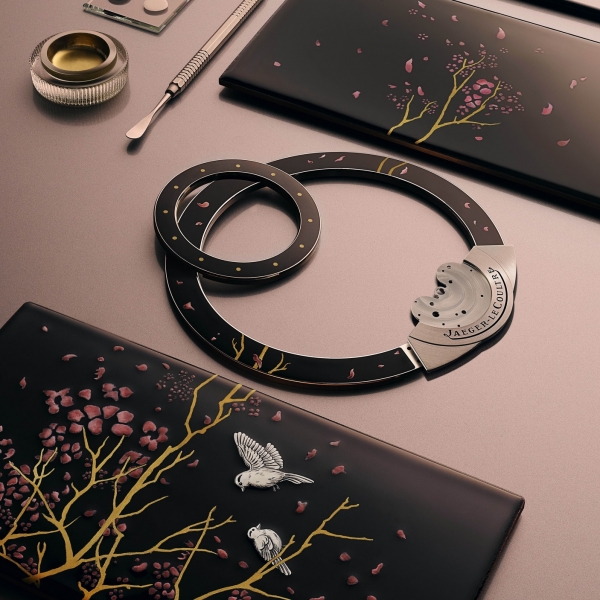 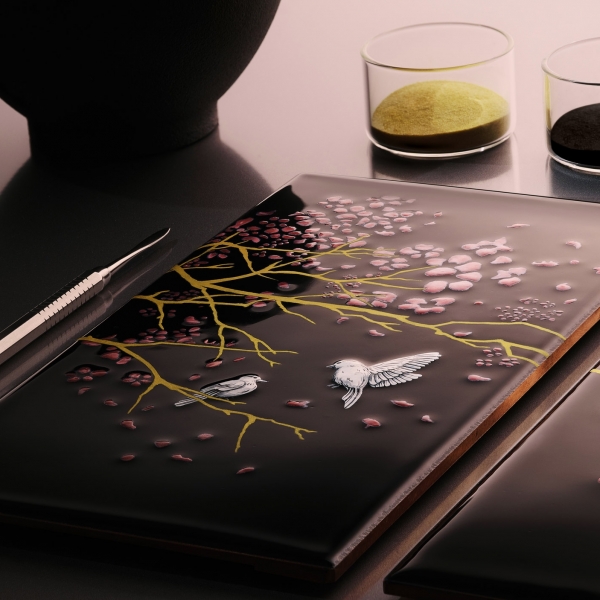 The brand also exhibited other gorgeous Atmos creations – from different era and in different styles. Among others, there were pieces on view with the LeCoultre 30A perpetual winding calibre, the first calibre manufactured by LeCoultre & Cie for Atmos. If you are interested in the mechanics of the Atmos clock, please see our article here. 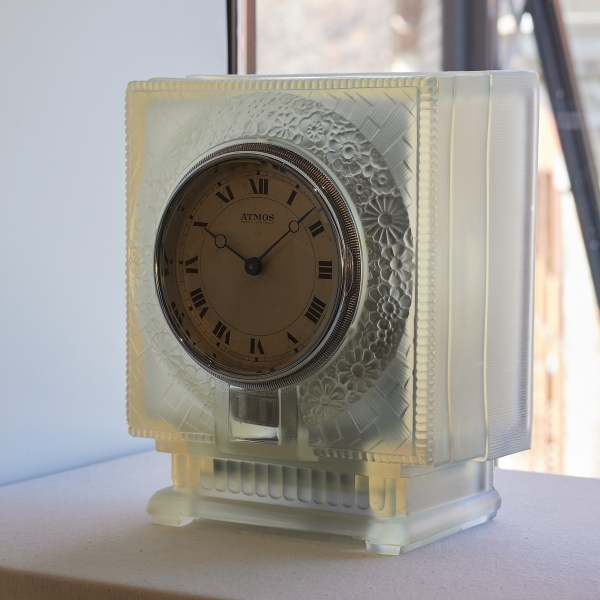 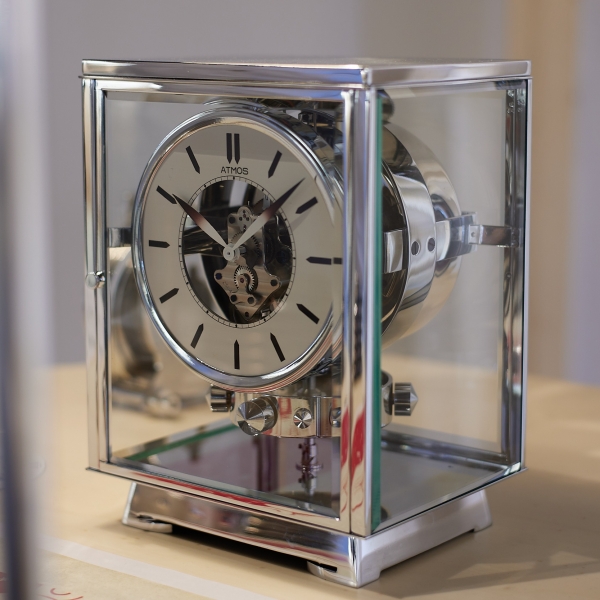 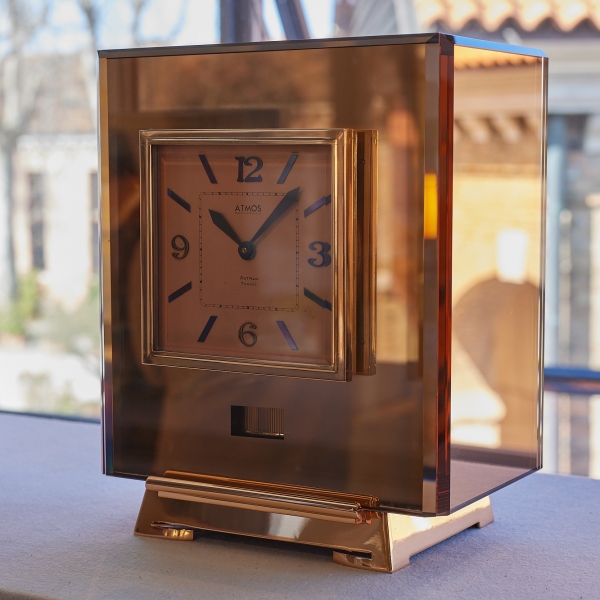 Hermès is very well known for its amazing and iconic bags and its very fine and recognisable scarves. Since 1837 – when the harness-maker Thierry Hermès opened a workshop in rue Basse-du-Rempart – the Maison has tended to remain faithful to its artisan model in the creation process. An independent, family-owned company which encompasses 16 métiers, Hermès is dedicated to keeping the majority of its production in France via its 52 workshops.

The company created its first silk scarf in 1937, the ‘Jeu des omnibus et dames blanches’ by Robert Dumas, Émile Hermès’ son-in-law (Émile was the grandson of the company founder Thierry Hermès). Since then, Hermès scarves have enjoyed a rather emblematic status among luxury products.

The exhibited ‘velours au sabre’ (velvet cut) technique involves creating a velvet-like pattern on double-warp duchess satin, by hand. Using a blade or ‘sabre’, the artisan delicately cuts the threads in the upper warp  to create a design in velvet and an exceptional fabric. This rare technique was shown on a scarf designed by Akira Yamaguchi. 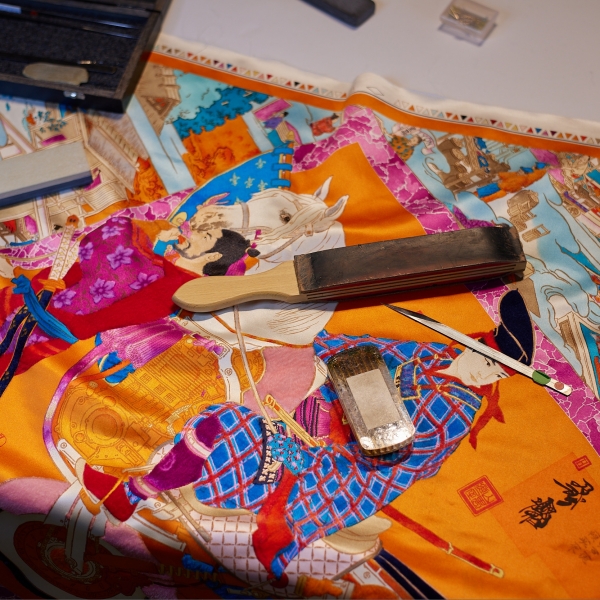 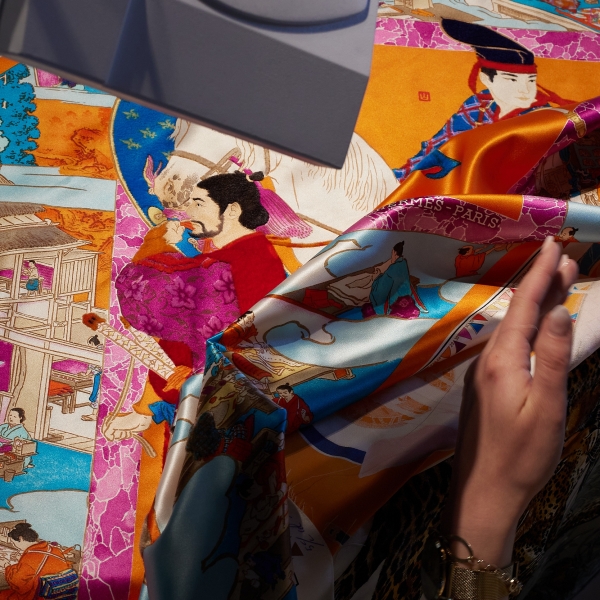 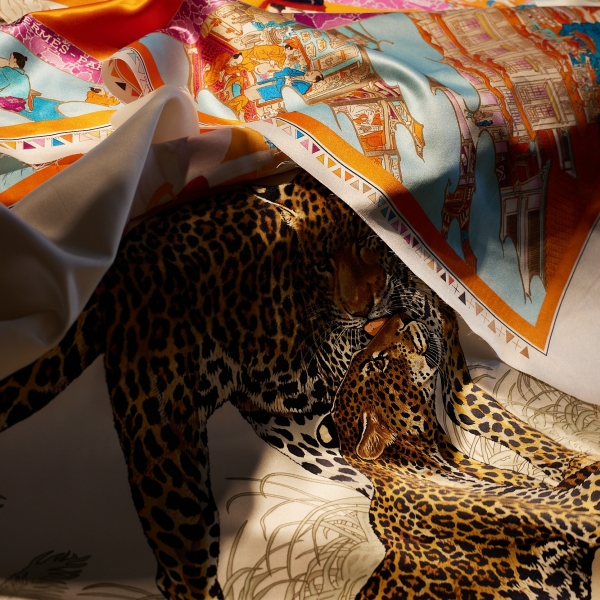 In the early 1900’s, the Van Cleef & Arpels jewellery house caused quite a stir with the concept of convertible jewellery. Several multi-functional pieces were constructed from the Secret Timepiece to the Passe-Partout necklace and the Zip collection.

The latest is certainly one of the most unique innovations by the Maison and the jeweller at Homo Faber displayed this technique for the visitors at his work bench.

The first Zip designs were created by Renée Puissant (the Maison’s artistic director and daughter of the founder, Alfred Van Cleef) upon the request of Wallis Simpson, the Duchess of Windsor. The Maison filed a patent in May 1938 and the first Zip left the workshops in 1950.

The creation of the iconic piece is not only an artistic but a technical feat. A unique alloy and unbelievable precision in the execution is necessary for the Zip necklace to be flexible enough for the proper movement (so that it can really be zipped up and down) and to be hard enough to be sturdy and hold the precious stones set within it.

The jeweller makes two elements in gold: adorned with decorative motifs on one side, and with rods that interlock perfectly – thanks to a sliding tassel – on the other.

Zipped up, the Zip necklace can be worn as a bracelet. Several versions have been made since its debut: in 2005 the Couture Zip featured a small bow, in 2006 the Paris Champ de Mars Zip featured small flowers while the Zip was adorned with lapis-lazuli and pearl in 2011. 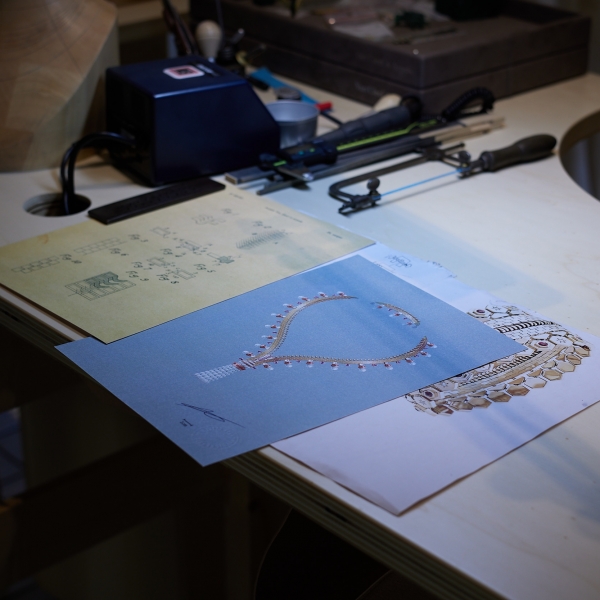 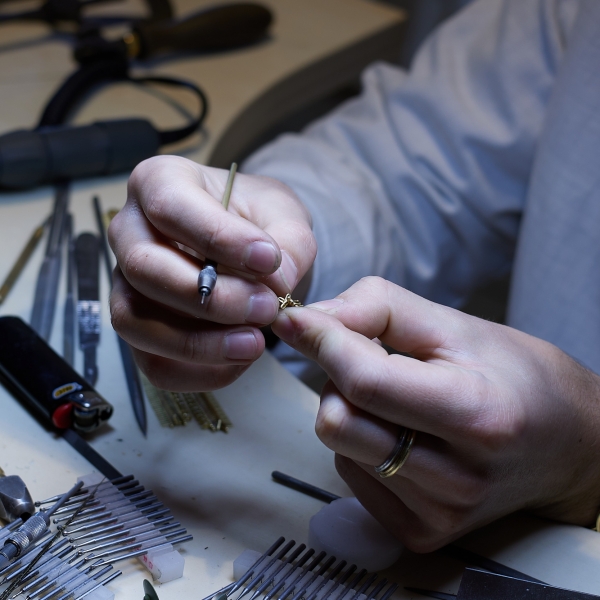 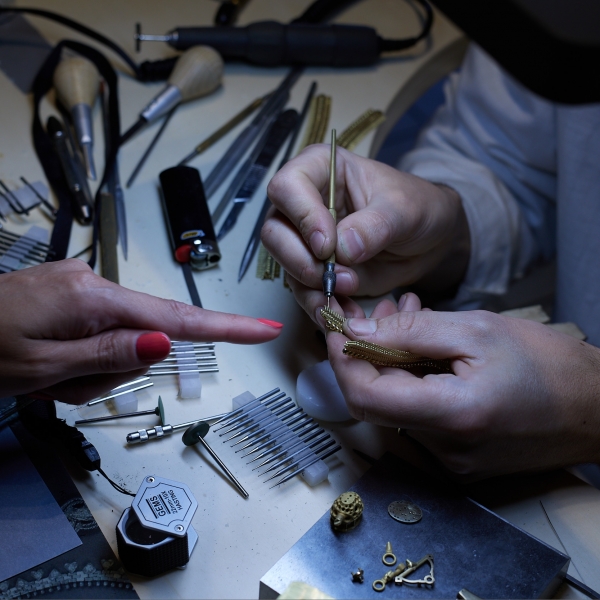 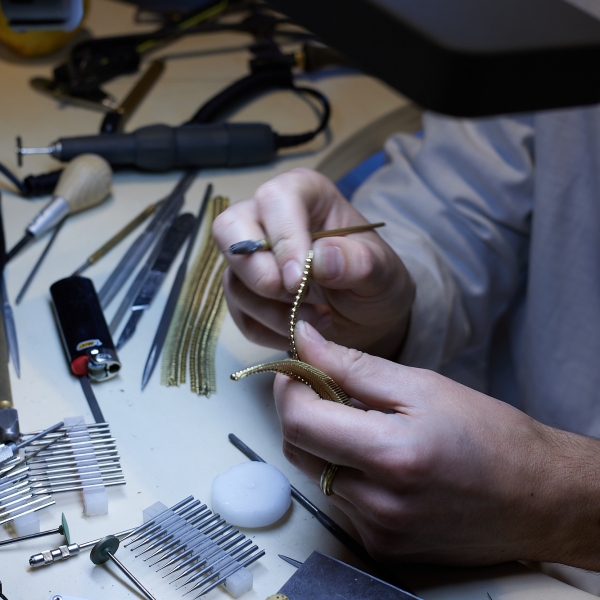 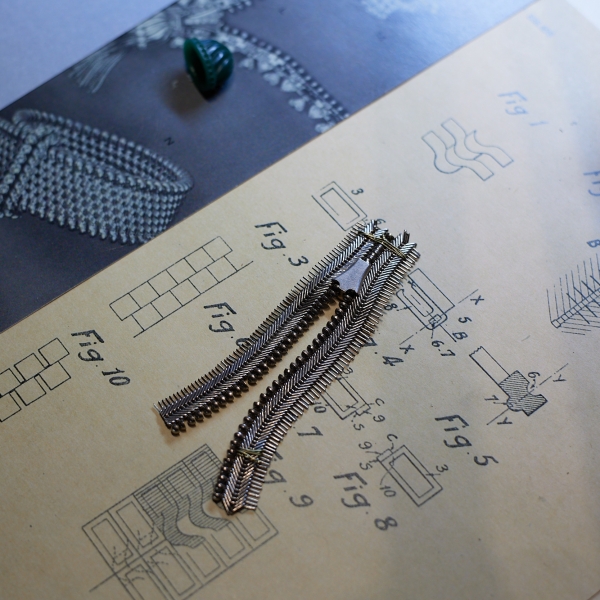 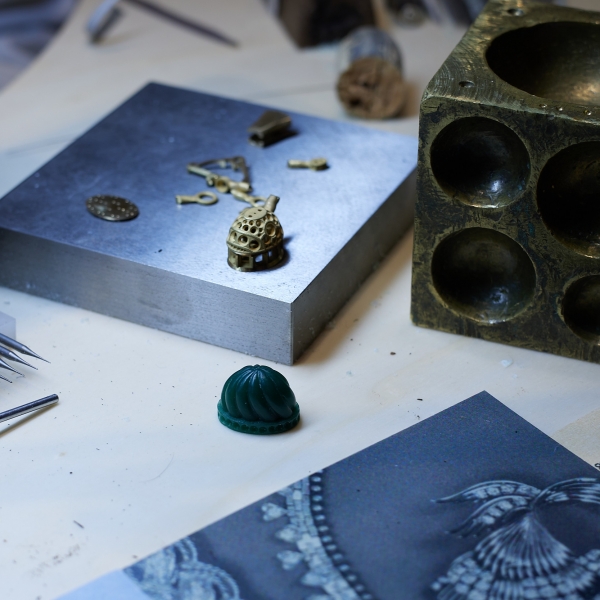 Photo credits: Jaeger-LeCoultre. Loupiosity.com
All registered trademarks are property of their respective owners.
All rights reserved.

Homo Faber 2022 The motto - ‘Crafting a more human future’ - of Homo Faber reflects the dedication for the beauty of creation, and the amazement of the ever-curious free mind. The Homo Faber opened its gates on the island of San Giorgio Maggiore between 10 April - 1 May, 2022.Vacheron Constantin x Louvre at Homo Faber 2022 Vacheron Constantin is back to Homo Faber - celebrating artisanal talents in a wide range of disciplines, like fine watchmaking, enamelling or engraving. The Geneva Maison exhibited at the ‘Details: Genealogies of Ornament’ set in the Nautical School exhibition area at Fondazione Giorgio Cini.Révélations Paris 2022 After many recommendations, we will visit Révélations in Paris for the first time this June. The biannual event is a prestigious showcase for the finest contemporary creations from France and abroad. Follow along with us!