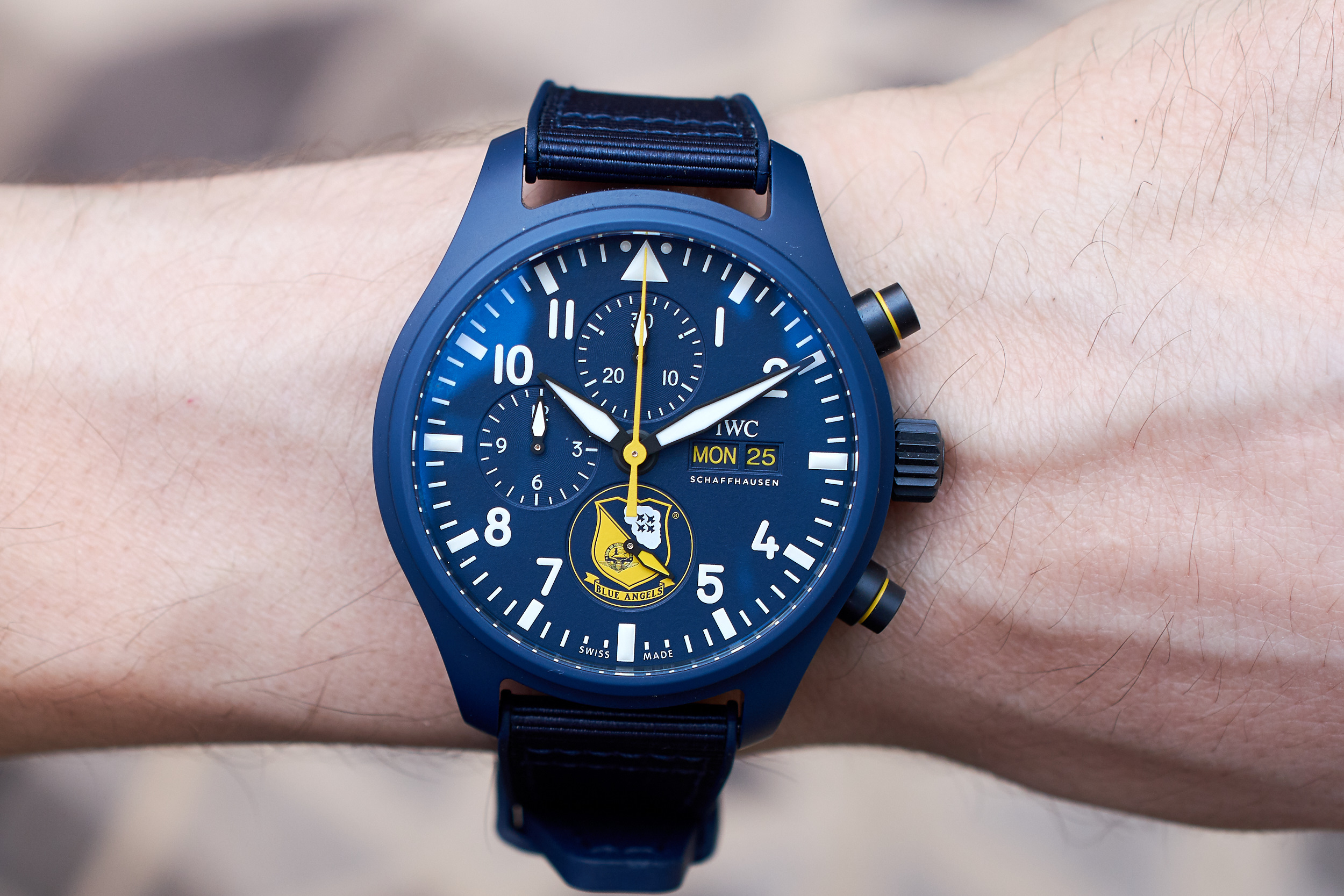 In 2019 IWC became an official licensee of the U.S. Navy Flight Demonstration Squadron ‘Blue Angels’ and released a dedicated watch for these exceptional pilots.

The United States Navy Flight Demonstration Squadron, the Blue Angels was founded in 1946 in order to raise the public’s interest in naval aviation and boost Navy morale back then. Their unit is the second oldest formal aerobatic team working under the same name (after the Patrouille Acrobatique de France). The Blue Angels team currently consists of 14 officers and 122 enlisted staff – coming from the ranks of regular Navy and United States Marine Corps units. (In 2015 Marine Capt. Katie Higgins was selected to pilot the Blue Angels’ Lockheed Martin C-130T Hercules transport aircraft, making her the first female Blue Angels pilot.)

Today, IWC manufactures professional military watches for Naval Aviators and pilots serving in the U.S. Navy, the U.S. Marine Corps and beyond.

“The ‘IWC-Military’ programme is an important platform for our engineers and designers to exchange ideas with elite pilots from the U.S. Navy and other forces around the world. The combination of extreme climatic conditions, sea salt and the specific challenges linked with operating fast jets from aircraft carriers, make Naval Aviation the most challenging flying environment in the world. Naval Aviators work with skill and precision and put our watches to the test every day in the harsh environment of the cockpit. Their feedback is invaluable for us not only to improve the quality and durability of our timepieces but also to create unique designs which reflect the heritage, spirit and rich diversity of Naval Aviation”, explains Christoph Grainger-Herr, CEO of IWC Schaffhausen.

As the mission of the Blue Angels sums up, they ‘showcase the teamwork and professionalism of the United States Navy and Marine Corps through flight demonstrations and community outreach while inspiring a culture of excellence and service to the country’.

In 2021 the Blue Angels celebrated their 75th anniversary – as a tribute IWC launched a new Pilot’s Watch Chronograph Edition ‘Blue Angels’ cased in blue ceramic with white and yellow details and inspired by the military-exclusive watch developed with Blue Angels members in Pensacola. 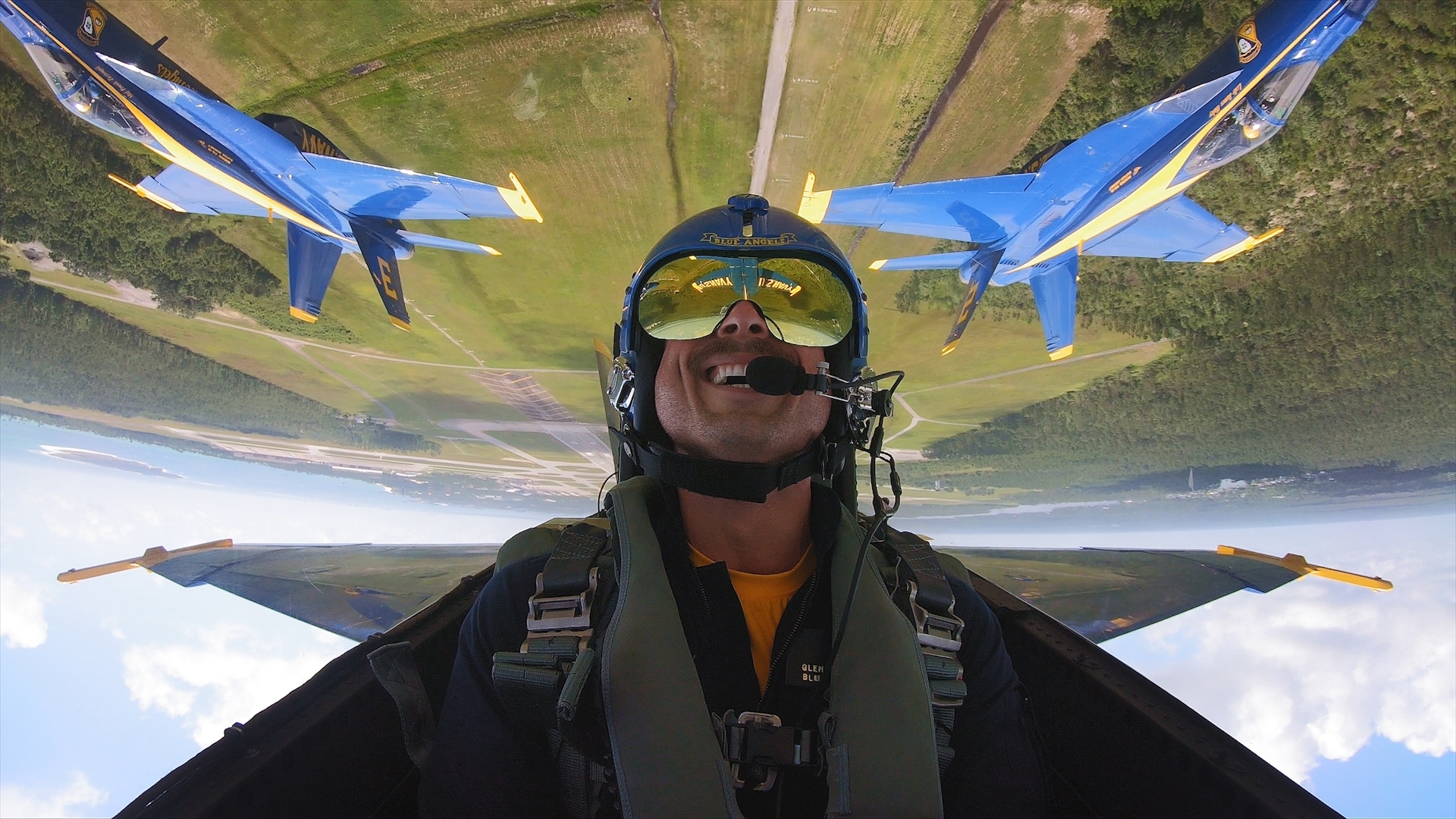 The case measures 44.5 mm in diameter and 15.7 mm in height and has a soft-iron inner case for protection against magnetic fields. The strong blue colour is the result of mixing zirconium oxide with other metallic oxides. The chronograph pushers and the crown are made of IWC-developed Ceratanium®. The team’s signature yellow is on the chronograph seconds hand, the small seconds, the day-date display at 3 o’clock and of course on the ‘Blue Angels®’ crest with the U.S. Navy Wings of Gold. Their name is engraved on the titanium case back. The look is completed with a matching blue rubber strap with textile inlay.

The annual production of this chronograph is limited to 500 pieces. 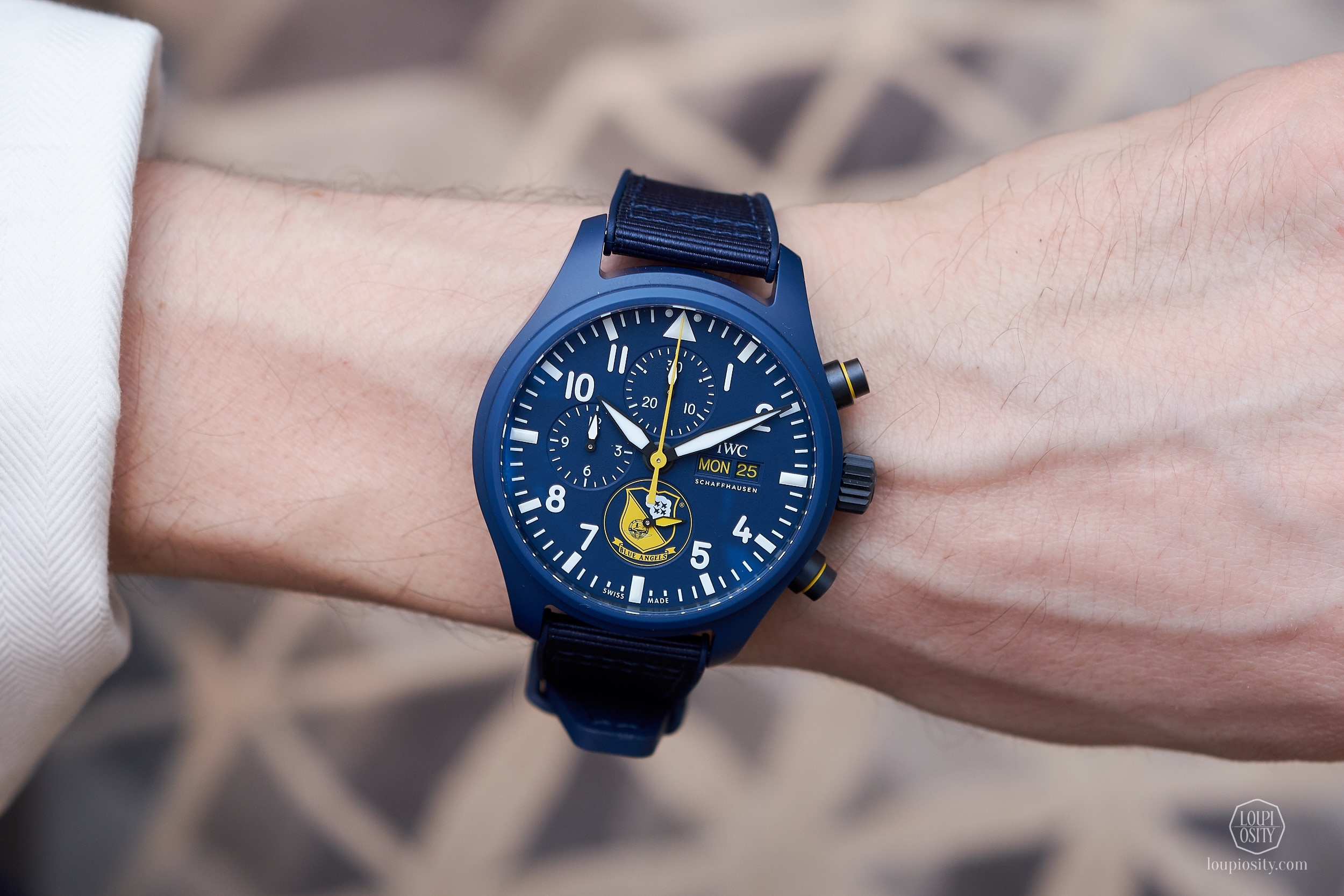 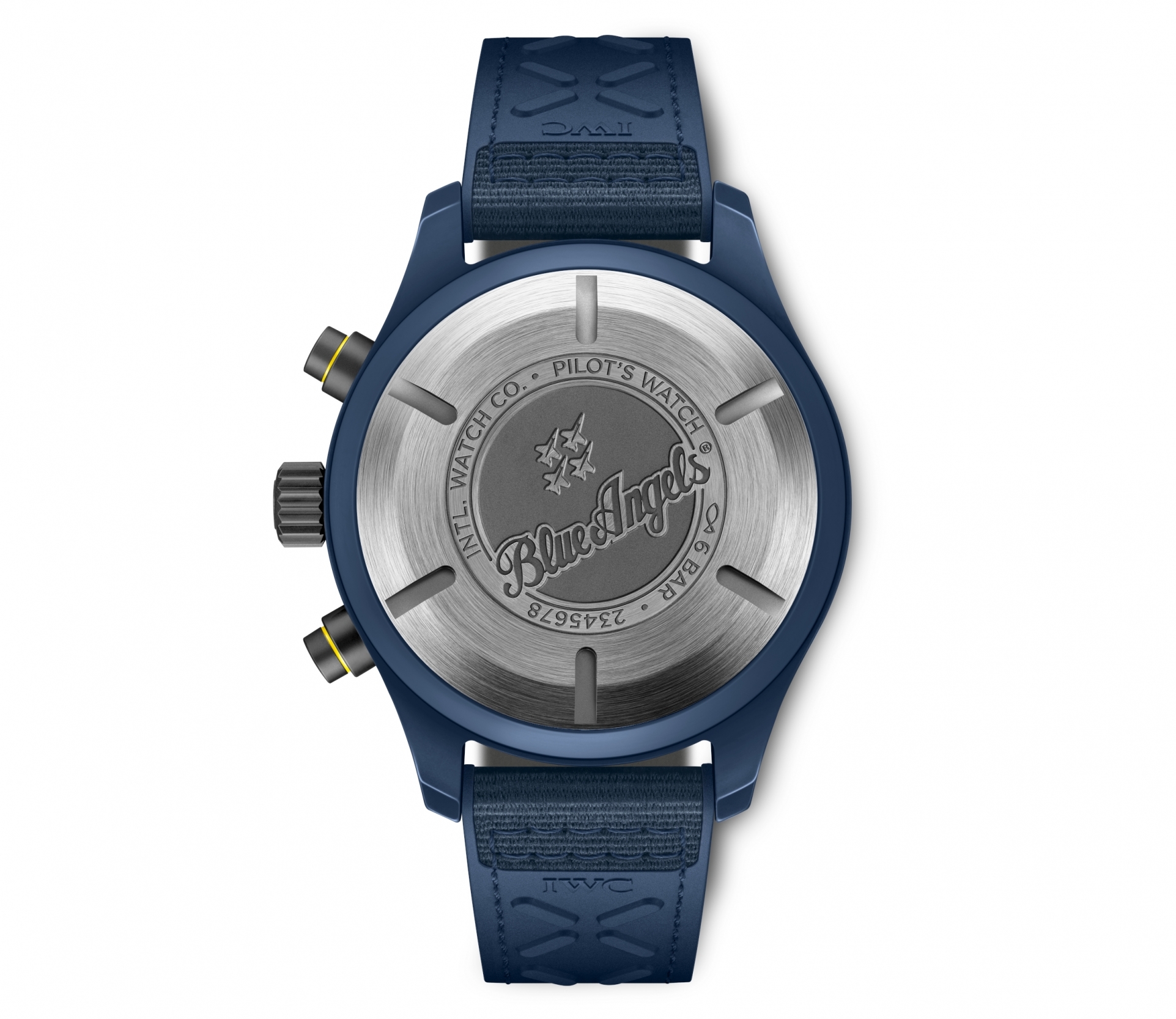