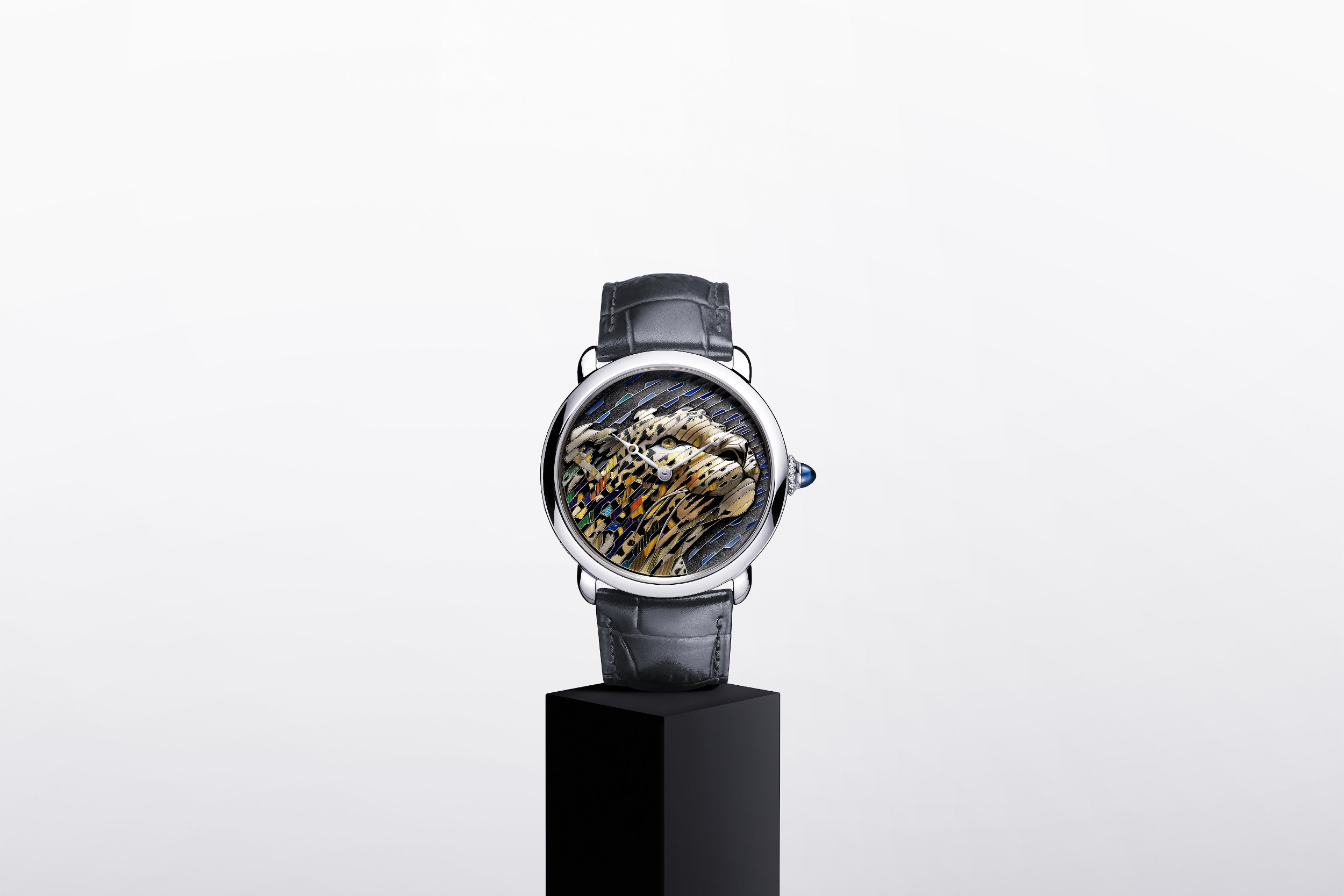 The Cartier artisans in La Chaux-de-Fonds every year reveal new ‘Métiers d’Art’ watches, using very special techniques and showcasing different reinterpretations of the panther – the emblematic animal of the Maison.

Without doubt the artisans of Cartier are heading for the peak with their Métiers d’Art pieces, released every year. They often incorporate some almost-forgotten crafts or techniques and virtuously combine them on 21st century watches.

Back in 2012 Cartier presented a timepiece with a koala motif on the dial in straw marquetry. Now on the new 42mm, white gold Ronde Louis Cartier timepiece the artisans coupled the straw technique with gold – depicting a panther head. The head itself is comprised of more than sixty-five elements in white, yellow and pink gold, which are shaped and satin-finished one by one. 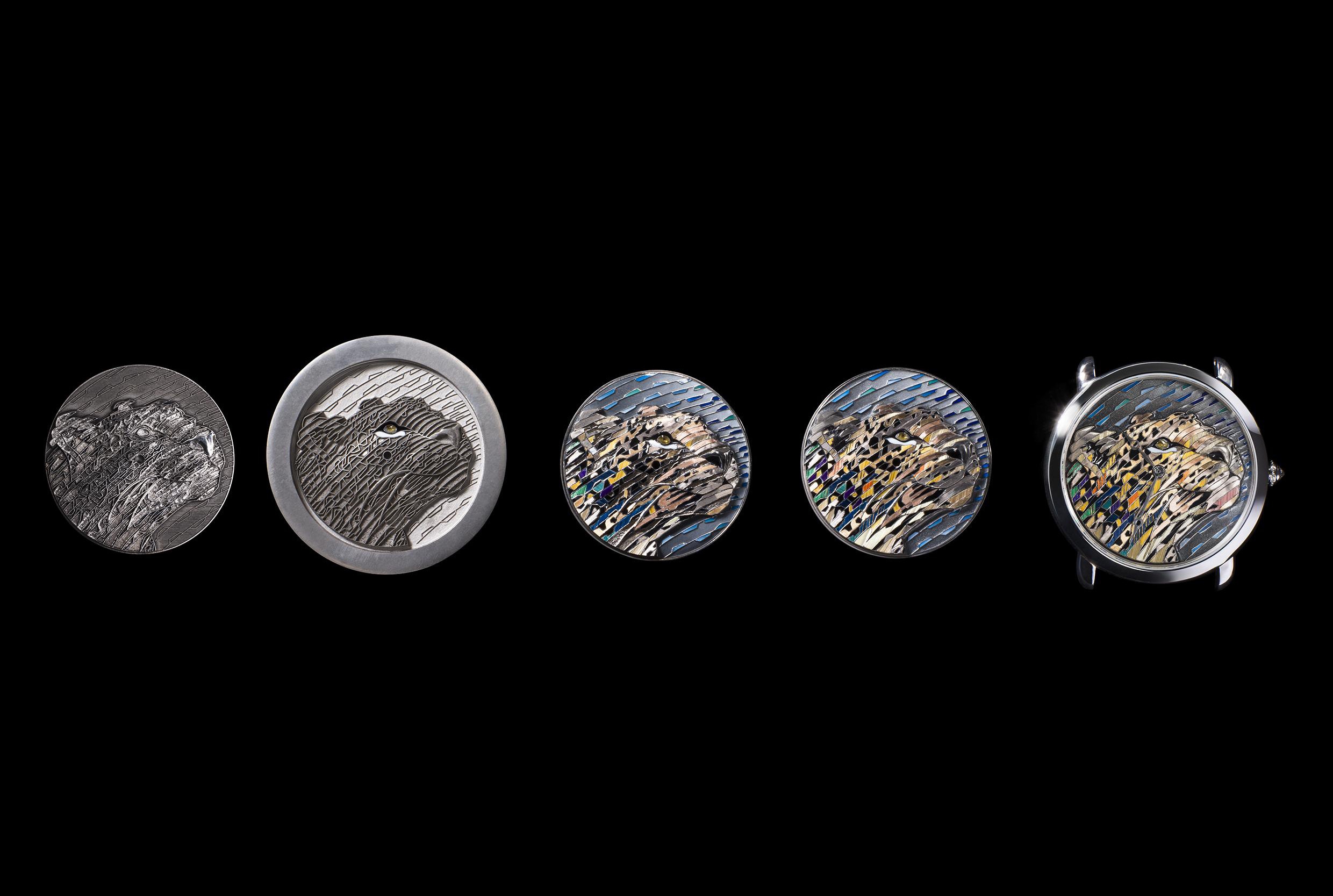 An outlook on straw marquetry

Straw marquetry is an applied arts technique similar to wood marquetry only here the thin wood layers are replaced by natural straw stems.

According to most sources, the technique itself was first used in Eastern cultures, arriving to Europe via specimens in the 17th century. In the 17th century, the technique was used by cabinet-makers creating inlay and marquetry, church people, sailors and prisoners thus creating a truly rich branch of handicrafts, which was especially popular in France. The craft of straw marquetry regained popularity in the Art Deco when renowned designers started to apply it as a decorative element in various furniture and object surfaces.

They primarily wheat, rye, and oat stem, which were first split in half one by one, flattened, and then soaked and softened in successive cold, warm, and hot water. After soaking, the fibres were ironed into a flat strip shape, giving them a wide spectrum of colours, ranging from pale golden yellow to dark brown. If they wanted a colour other than shades of brown, they dyed the already flattened and dried stems by hand. The finished fibres were placed by hand, layer by layer, on paper or wood until the desired thickness was reached. The whole process was done by hand.

The stems themselves are extremely fragile, so they must be handled with great care. The use of any chemical should be avoided and the recommended relative humidity during processing is ideally between 30 and 60%. From the preparation of the fibres, through the dyeing process to the individual application of the stems to the surface, the technique requires a great deal of patience and expertise.

Despite their sensitivity, it is rewarding to work with different cereal stems, because after processing a truly special effect can be achieved and the light reflects uniquely and subtly on the surface of the objects.

The process not only meticulous but also requires exceptional patience and time – a dial requires about 97 hours to finish. 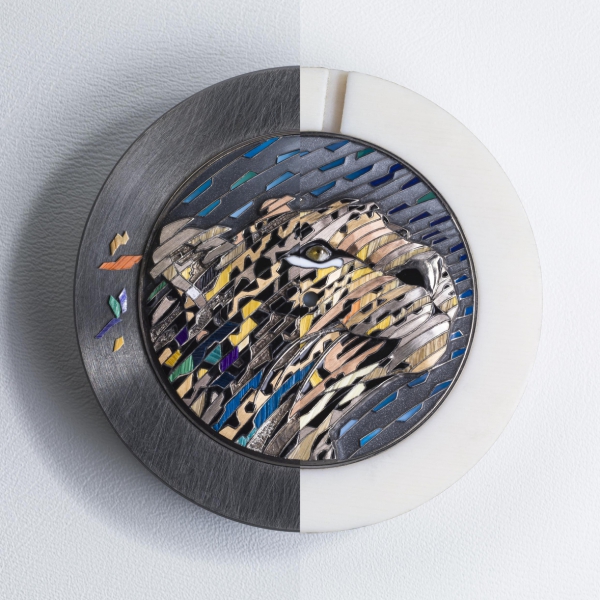 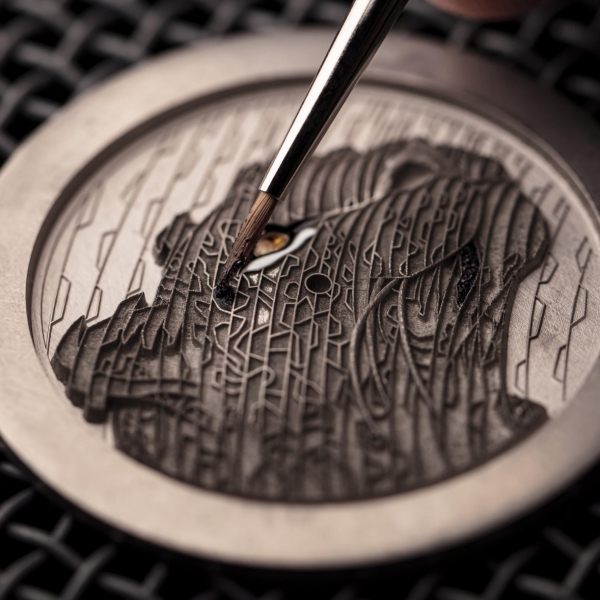 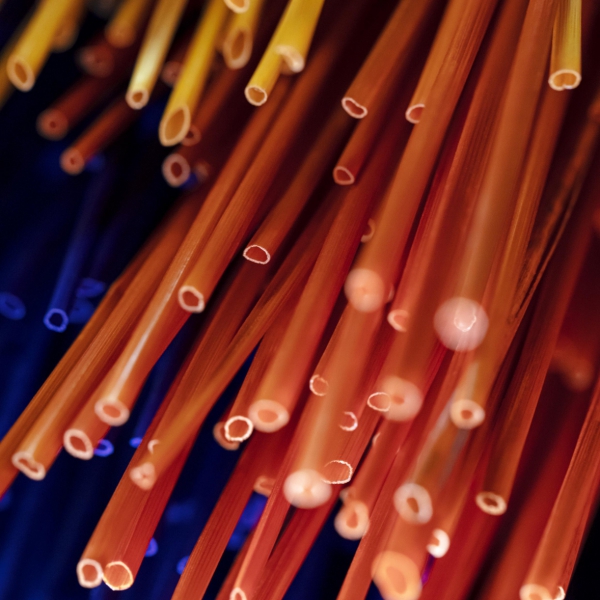 Photo credits: Cartier
All registered trademarks are property of their respective owners.
All rights reserved.

Panthère de Cartier collection This September Cartier presents new jewels in the Panthère de Cartier collection - necklaces, bracelets and rings in highly articulated sculptural creations.Cartier 'Rare Watches' exhibition in Geneva Cartier Geneva had a special treat for watch lovers last weekend - the Rare Watches Exhibition included more than 30 exciting timepieces at the La Résidence space in the Rue du Rhône boutique. The showcase was open to the public for just two days. We were lucky enough to browse around some amazing Cartier icons. 'Details: Genealogies of Ornament' - Homo Faber 2022 The ‘Details: Genealogies of Ornament’ is set in the Nautical School area at Fondazione Giorgio Cini. It is one of 15 exhibitions that comprise the Homo Faber Event 2022, organised by the Michelangelo Foundation.