Double Signed: A Celebration of the Finest Partnerships Between Manufacturers and Retailers 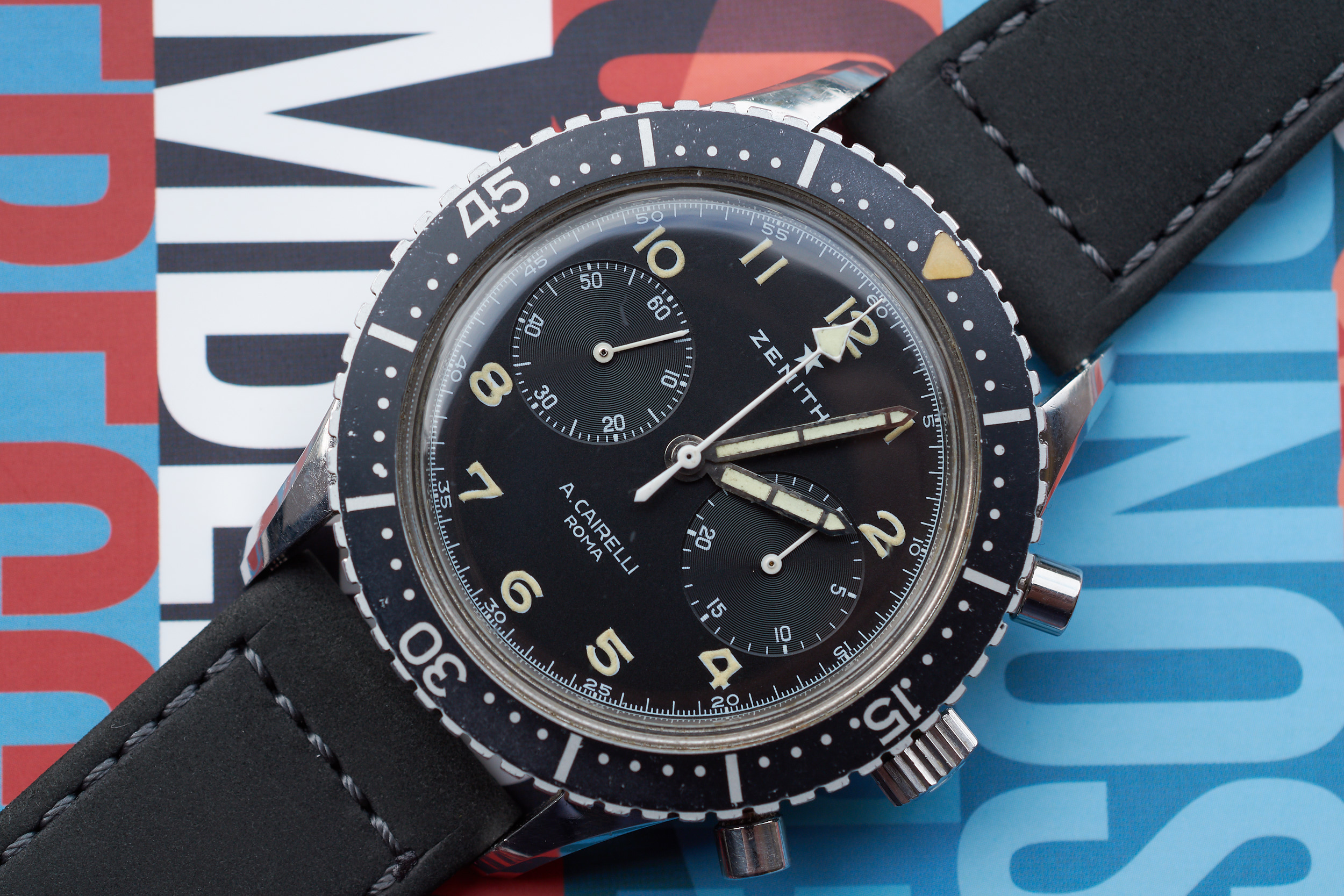 Two auctions by Phillips Watches in Association with Bacs & Russo make their mark in the 2019 Fall watch sales scene. A gathering of 50 important Double Signed pieces will start the auction weekend on 9 November. We picked a few at the preview.

Well before e-commerce, local retailers played a crucial role in establishing the market presence for watch companies. Their network reach, influence, understanding of local dynamisms and the working means of marketing could elevate brands or leave them perfectly unknown. Trade fairs such as the French Industrial Expositions from 1789-1849, the 1851 Great Exhibition of Works of Industry of all Nations in London or the Exposition Universelle in Paris (from 1855 onwards) had been meeting points for inventors and marketers from all over the world. 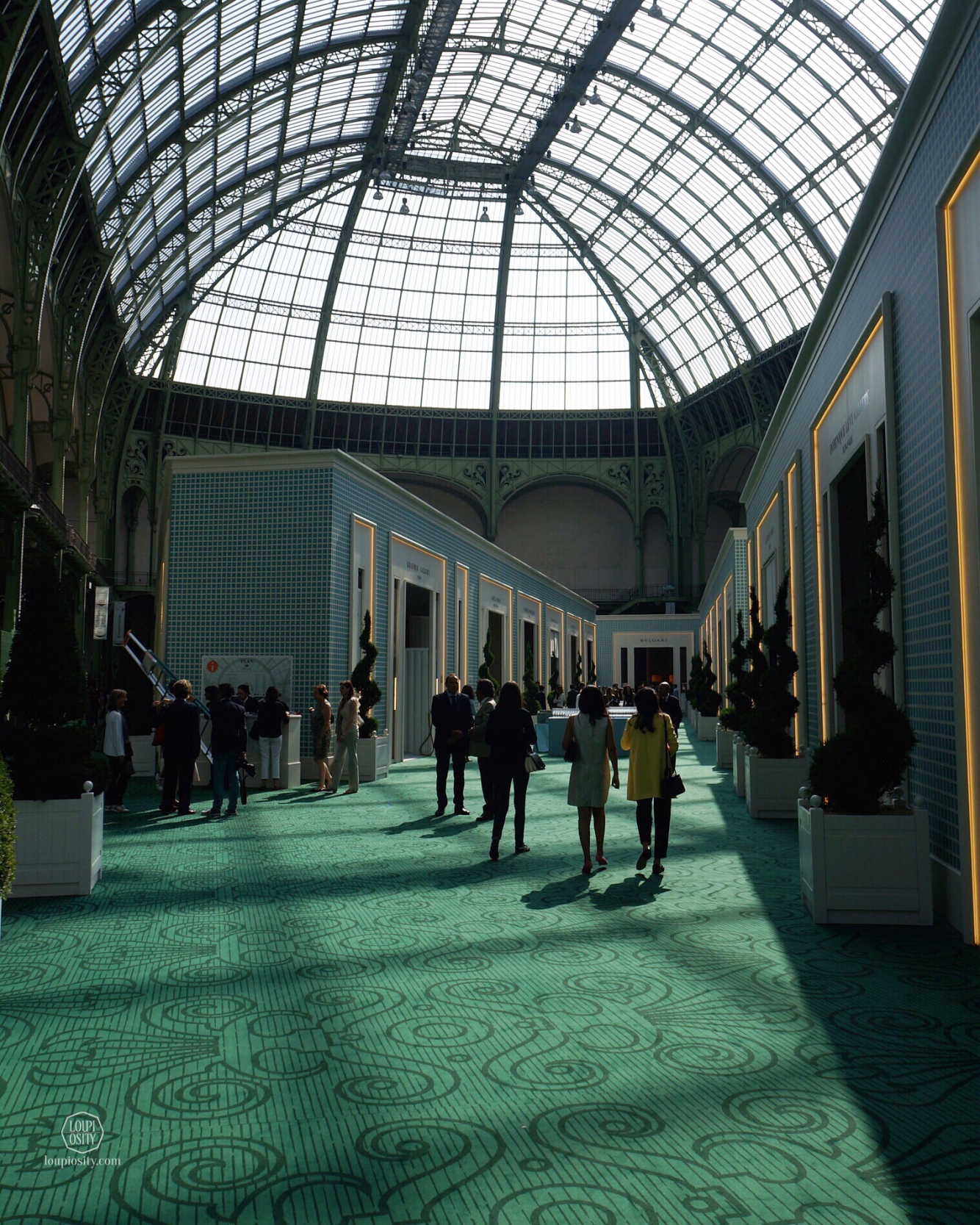 Antoni Norbert Patek met Adrien Philippe at the 1844 fair in Paris too, which defined much of the history of watchmaking. Similarly, trading Bohemian crystals and jewellery in the New World, Charles Lewis Tiffany had visited European fairs many times. He was the first American to be awarded the grand prize of the 1867 Paris Fair for silver craftsmanship. Tiffany and Patek met in the early 1850s (Tiffany was opening his Paris boutique then) and the two businessmen saw the opportunity in marketing Patek’s timepieces in the USA through Tiffany. 1851 marked the first Patek timepiece to be sold by Tiffany and leveraging the Tiffany brand’s rapidly growing fame by 1854 they offered watches with double signatures. As Adrien Philippe became a full partner in the renamed Patek Philippe & Co. in 1851, these years also mark the increasing production of Patek Philippe, seeking to conquer new markets.

The co-signature marketing model they initiated trended in the following 100+ years. Collaborations between watch companies such as Patek Philippe, Rolex, Audemars Piguet, Jaeger-LeCoultre, Longines, Omega, Heuer, Universal, Vacheron Constantin, Zenith and retailers like Tiffany, Beyer, Asprey, Gübelin, Gobbi, Hausmann & Co, Serpico y Laino and Trucchi (just to name a few) resulted in desirable contemporary accessories at the time of the issue and rare collector pieces today. True to the extent that Phillips Watches in Association with Bacs & Russo have decided to dedicate the next themed auction to such double-signed marvels.

As customary, the examples have travelled around the world in the past months together with their friends from the GWA X sale (happening on the same weekend). The final stop was 7-9 November at the La Réserve Hotel in Geneva, where we could hold them in our hands. Please find a few from the over 60 lots below and the full list on the website of Phillips.

This sleek and elegant AP timepiece certainly marked a very special occasion in 1956 in somebody’s life – its case-back shows the engraving ‘Mit dir durch dick und dünn 8.X 56. Helly’ (‘with you through thick and thin’). It is a 34mm white gold watch, the dial bears the signature of Gübelin below Audemars Piguet and elongated baguette-cut diamonds mark the 12, 9 and 3 o’clock, while smaller brilliant-cut stones mark the other hours.

Both Audemars Piguet Extrait de Registre and the archives of Gübelin are confirming the sale of the watch. 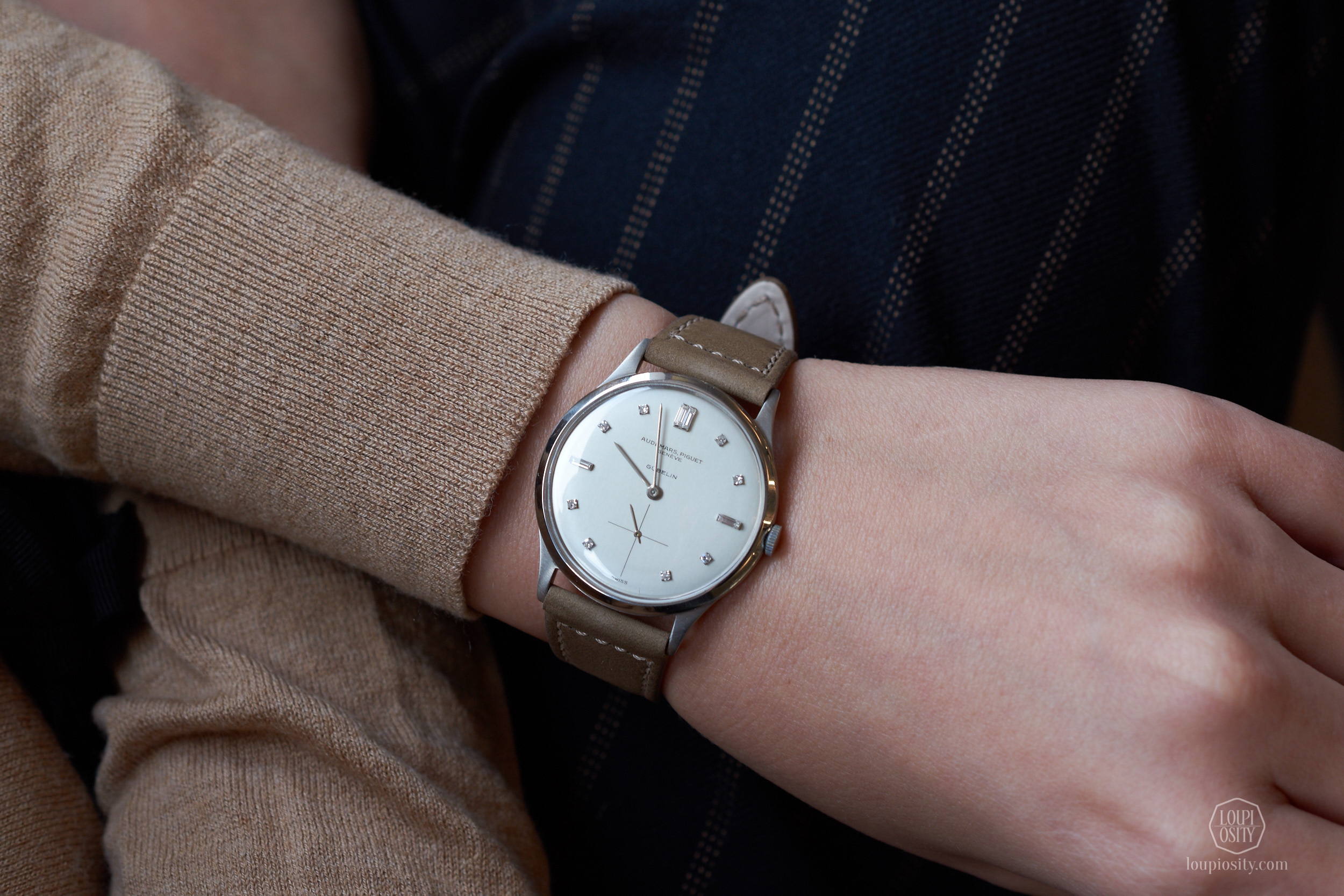 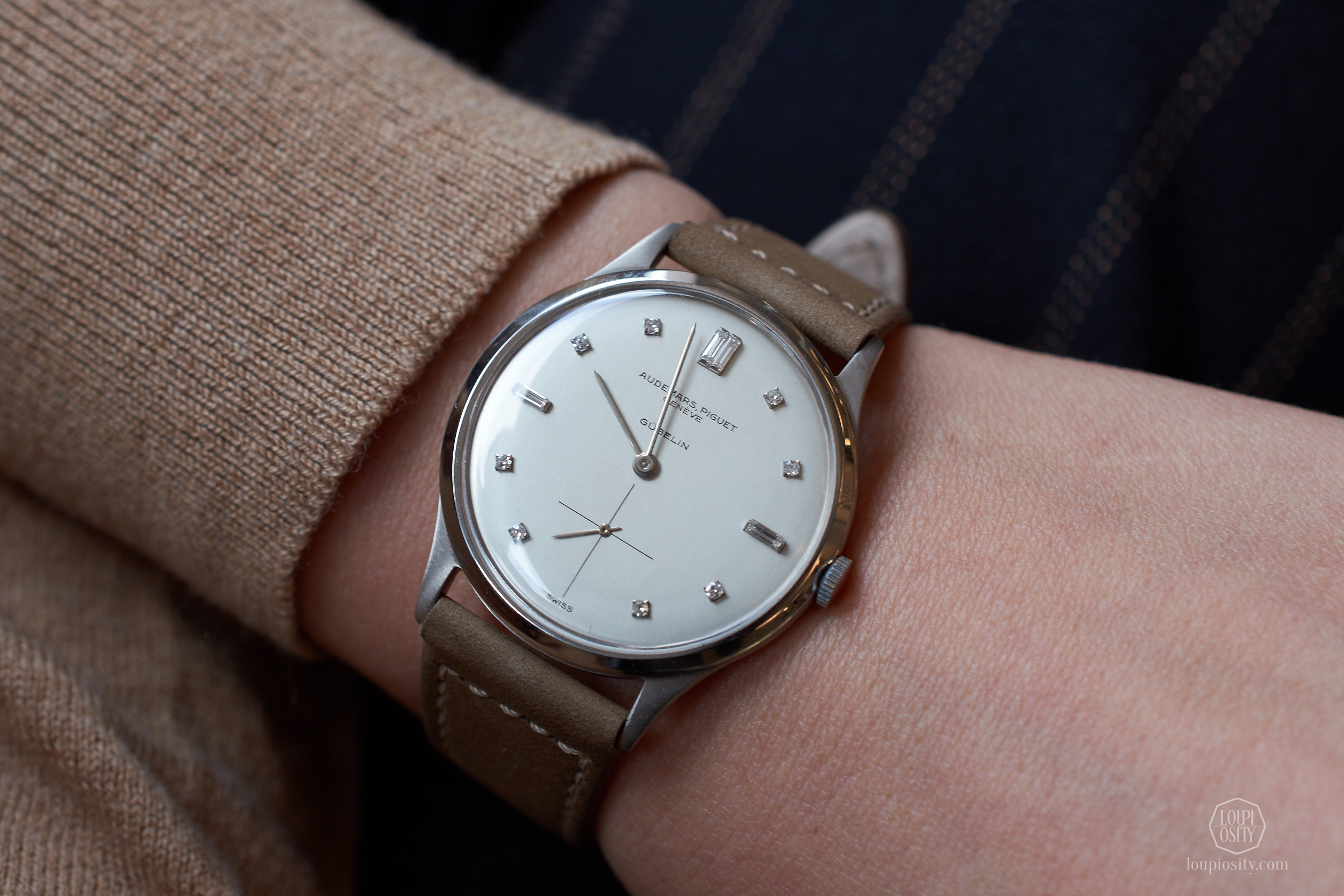 Rolex has exceptionally well known timepieces. The Art Deco style Prince models are not among them. The company released the first edition of this rectangular watch in 1928 as ‘The Watch for Men of Distinction’. These pieces feature the elongated case and dial, with a second sub-dial for the running seconds. Because of the latter, it was also known as the doctor’s watch; ideal for measuring a patient’s pulse rate. With time, the Prince watches became the part of the elegant Cellini dress-watch line.

Lot 17 is a Rolex Prince ‘Brancard’ (stretcher) timepiece with 42x23mm stainless steel case and an interesting history. In the late ‘30s it was delivered to Chronométrie Beyer, the oldest watch shop in Switzerland situated on Zurich’s Bahnhofstrasse (the family firm has been in the business since 1760). It was never sold, having spent 60+ years in a safe. During a boutique renovation in 1998 the watch was rediscovered and sold subsequently. This almost intact model with a Beyer signature on the dial is now for sale at the La Reserve Hotel. 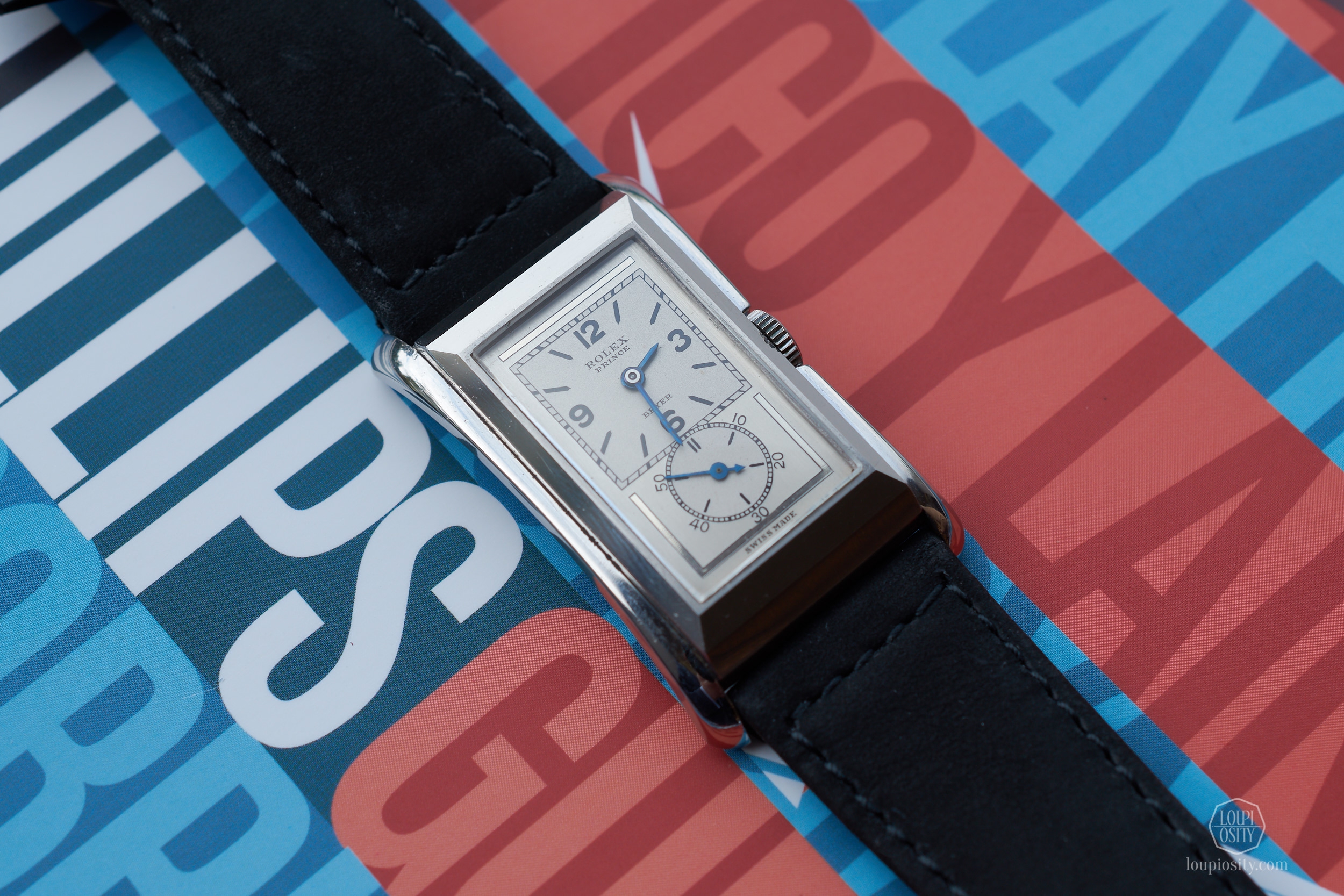 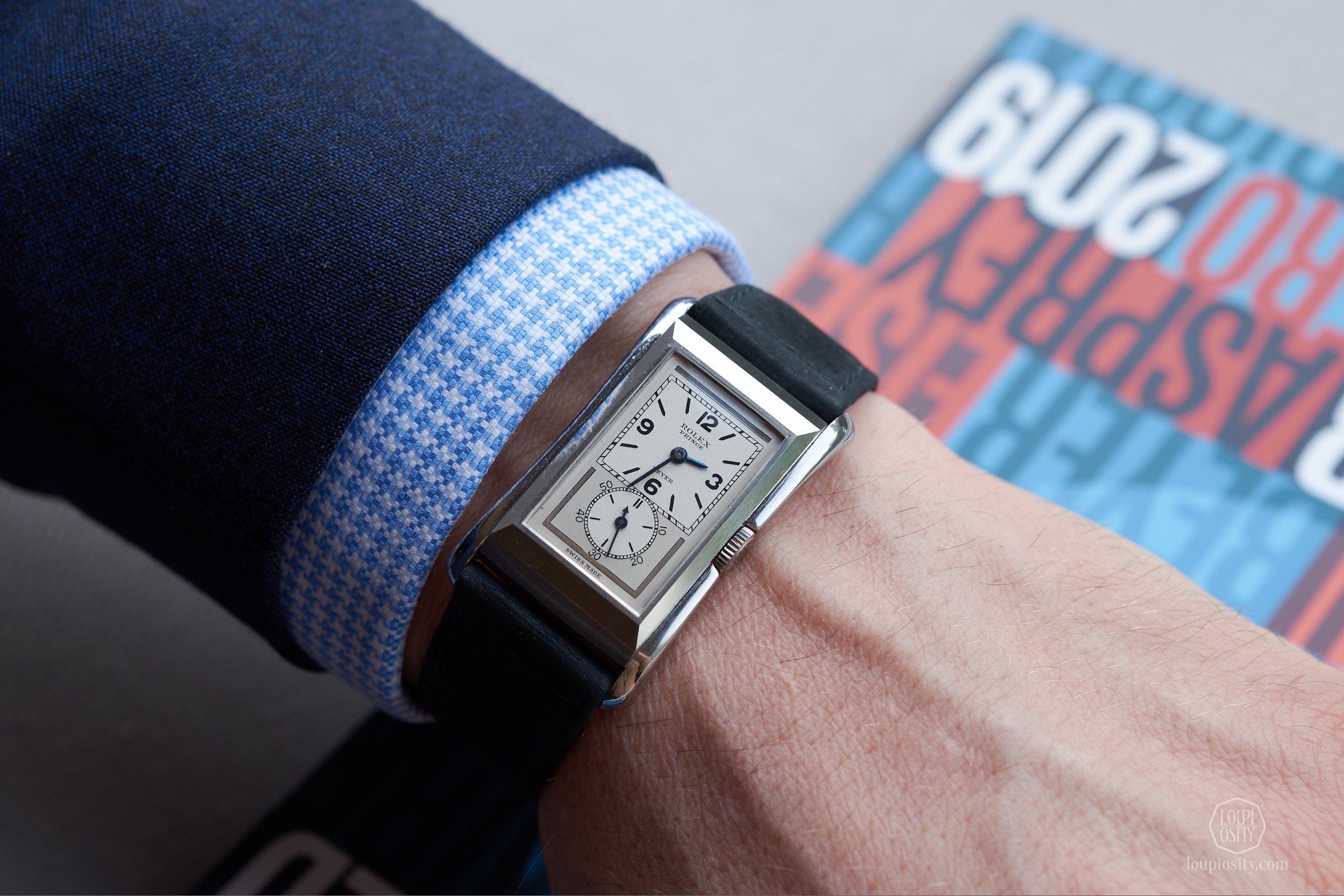 Rolex introduced the Bubbleback (or ovettone in Italian) in 1933 – it was never an official name for the model but more a collector naming convention for the bulbous shape of the case-back. The design is an answer for fitting the self-winding movement in the case.

The example at the auction features hooded lugs, a two-tone metal case (stainless steel and 18K yellow gold) against the black dial with a gloss finish. The Cuervo y Sobrinos signature makes the piece even more interesting. The jewellery and watchmaking company was established by Ramón Cuervo in 1882 in Havana, Cuba. In 1900, his nephew Armando Rio Cuervo and his family joined the business which was renamed as Cuervo y Sobrinos (Cuervo and Nephews). 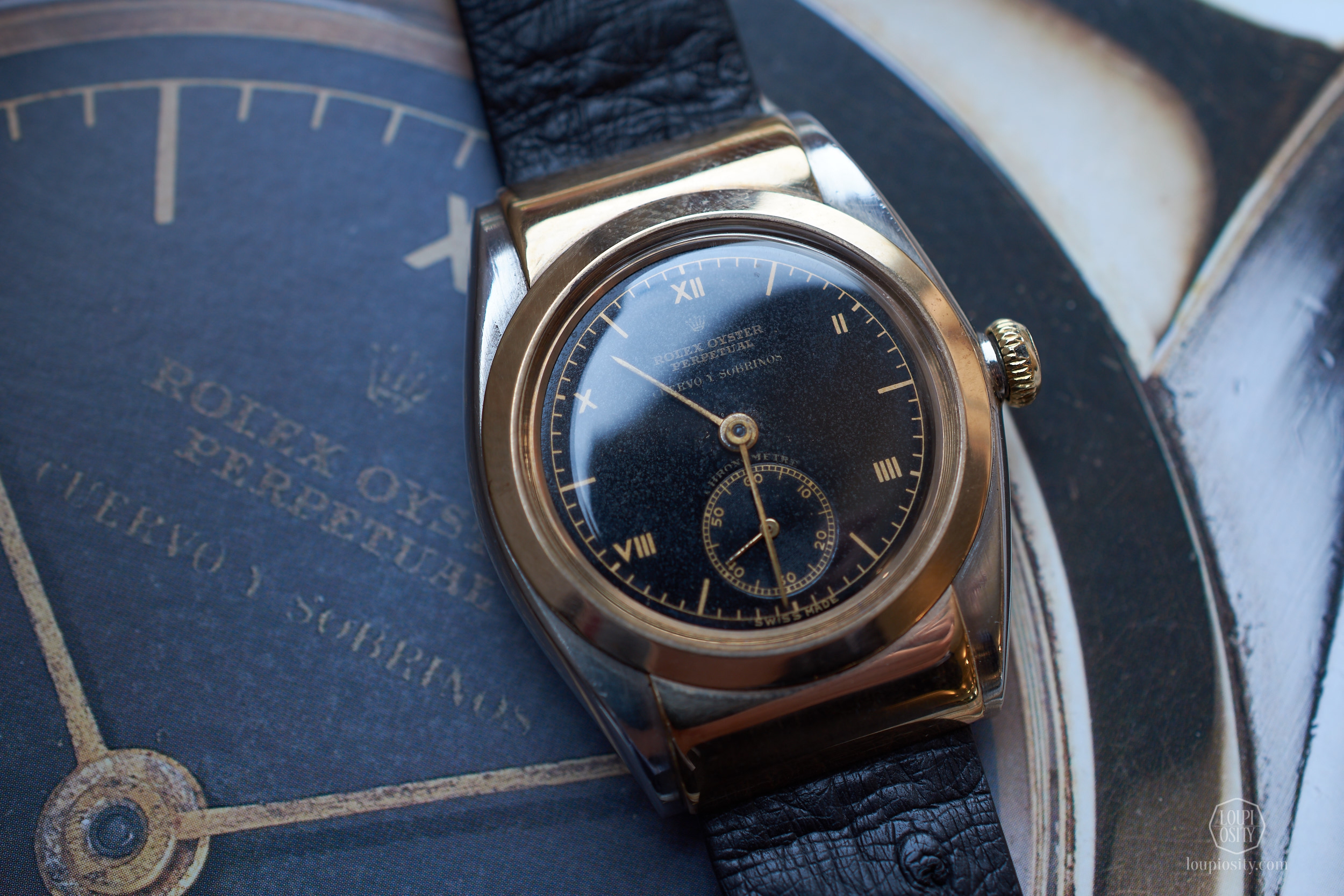 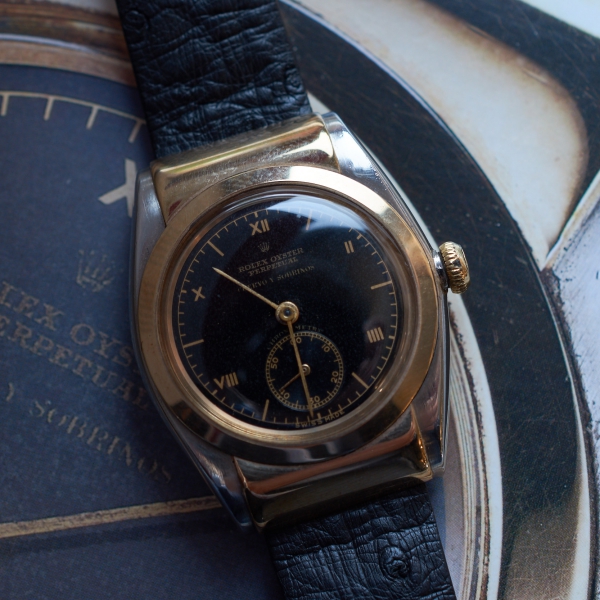 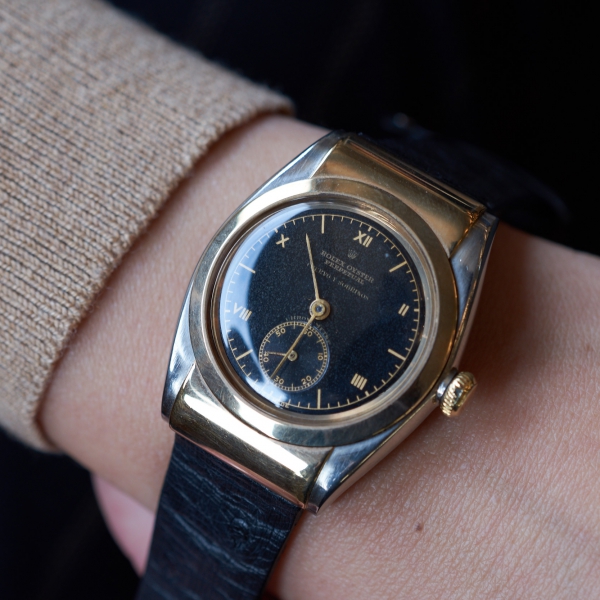 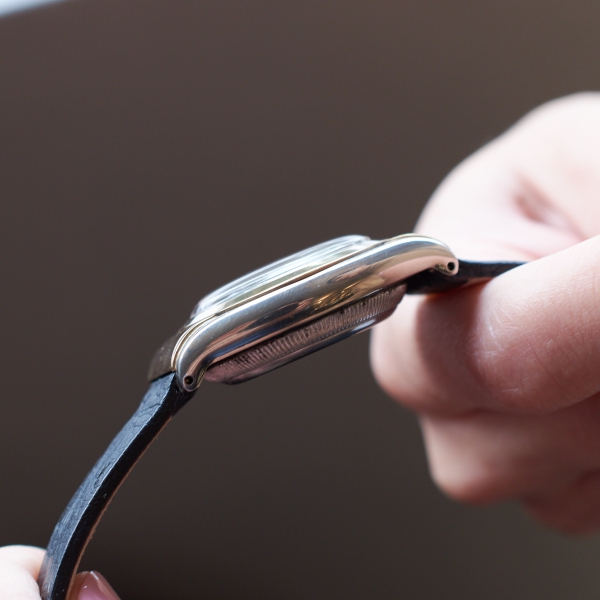 Between the ‘60s and the ‘70s the Italian Air Force commissioned Zenith to make a special wristwatch for its members – approximately 2,500 examples were made. The 43mm stainless steel case, the black dial, the masculine look and the military heritage of the ‘daredevils of the sky’ make this chronograph a coveted timepiece for many collectors.

The name of the model is A.M.I. Cronometro Tipo CP-2 (Cronometro da Polsa Tipo 2) M.M and was supplied by A. Cairelli, the prominent Roman retailer. Hence the ‘A.Cairelli Roma’ name on the dial. This retailer sold some watches to civilians as well, but without the military issue number. The present watch is a military-issued version with the engraving on its case-back: ‘AMI CRONOMETRO TIPO CP-2 MM 201’228’ (registration number). 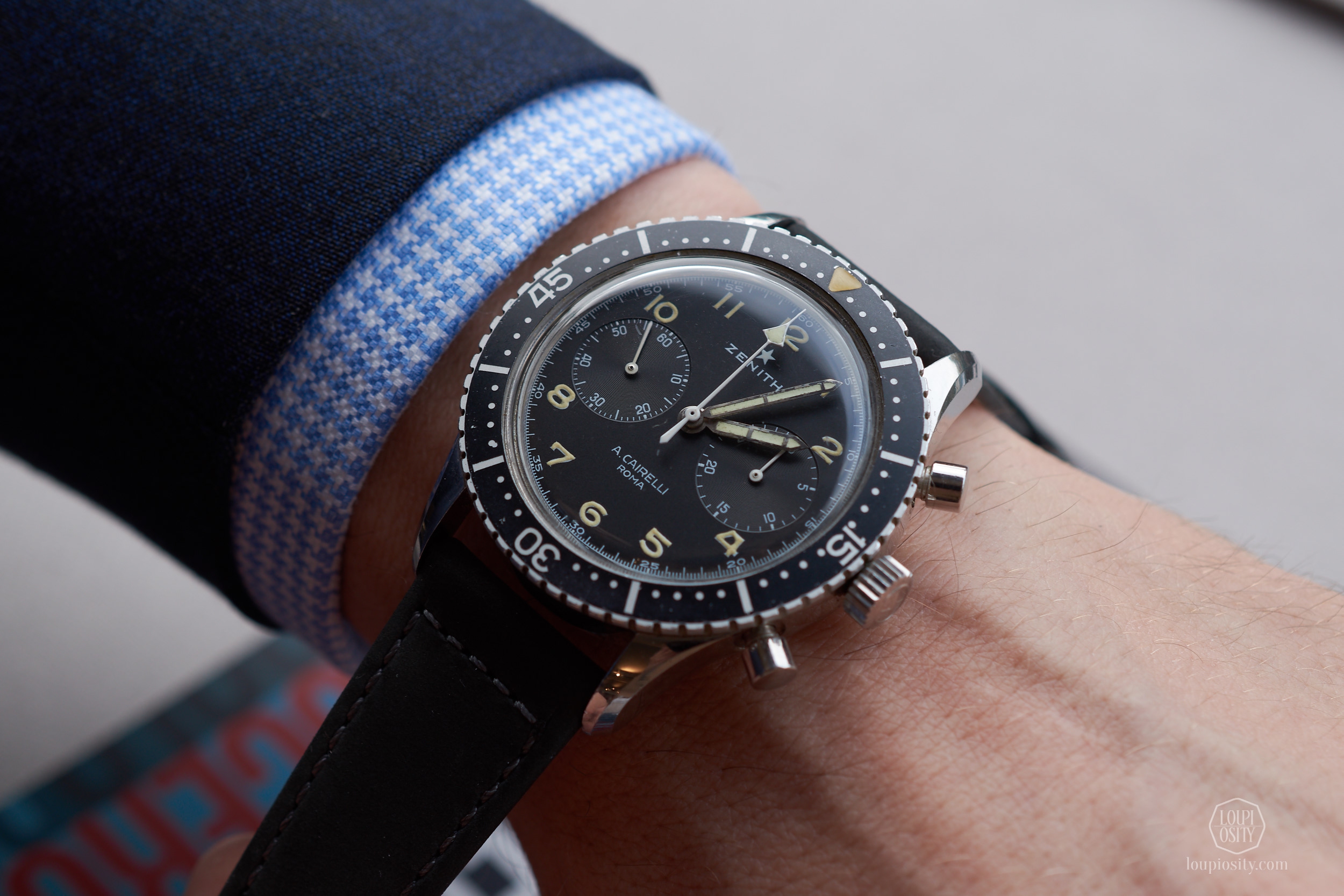 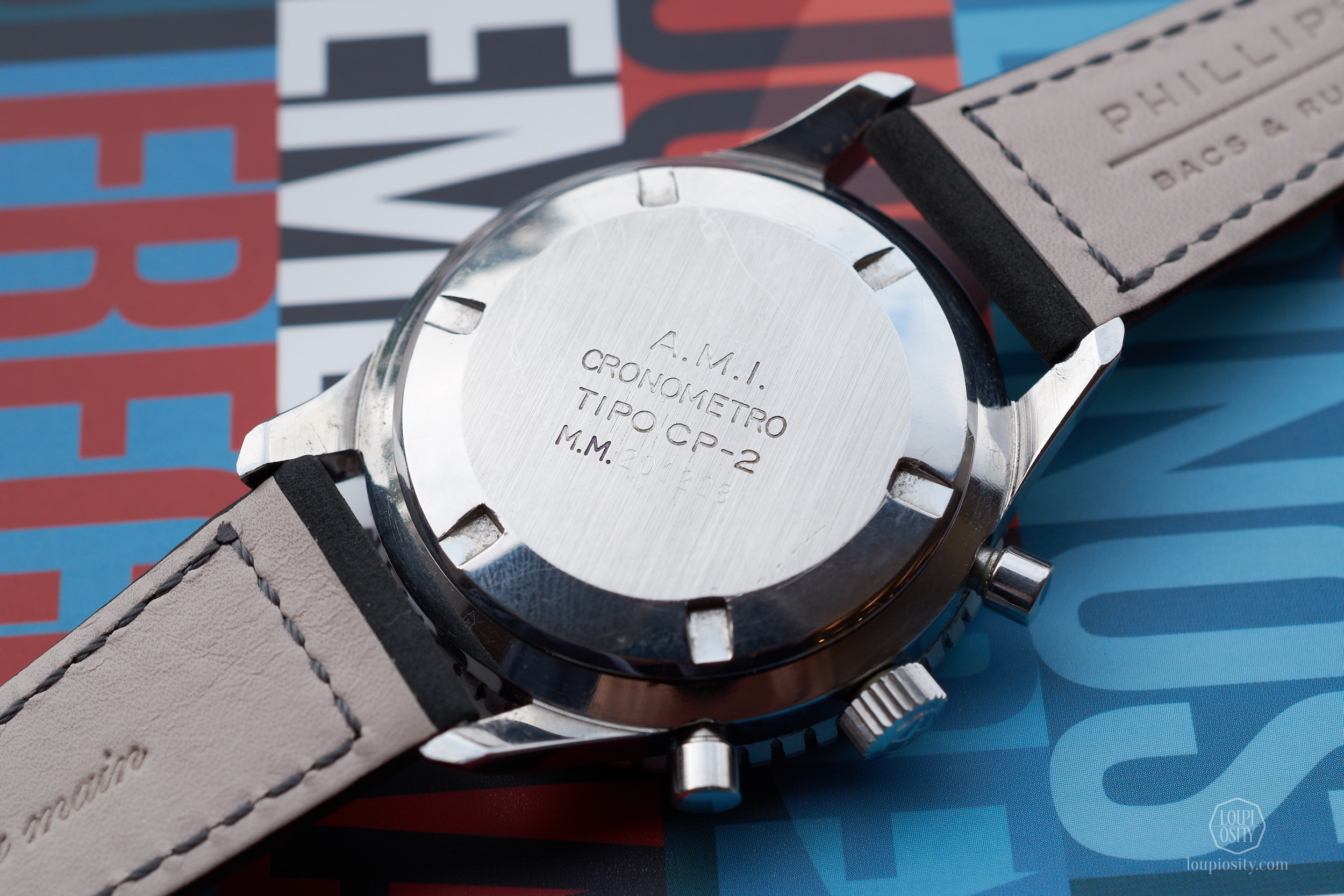 For centuries the concept of golden ratio has fascinated not only mathematicians but also artists. It is a mathematical ratio commonly found in nature, and when used in man-made creations it fosters organic compositions that are aesthetically pleasing to the eye.

Many artists and architects believe that the golden ratio makes the most harmonious and beautiful shape. Best known examples are the Pyramids in Giza, the Parthenon in Athens; Michelangelo’s ‘The Creation of Adam’ on the ceiling of the Sistine Chapel or Leonardo da Vinci’s ‘Vitruvian Man’.

In 1968 Patek Philippe launched the Golden Ellipse design which was influenced by the golden ratio. The line was broadened to more than 60 different references and became highly popular in the jet-set society of the late ‘60’s and ‘70’s.

Lot 42 is a ‘TV-screen’ cushion-shaped reference 3604 from 1978. Thanks to its dimensions (35.5mm length and 35,5mm width) it is also referred to as Jumbo. The white gold watch has a clean and elegant face: a blue dial complemented by white gold indexes. It bears also the signature of Beyer and comes together with the certificate of origin typed Chronometre Beyer, dated March 20, 1980. 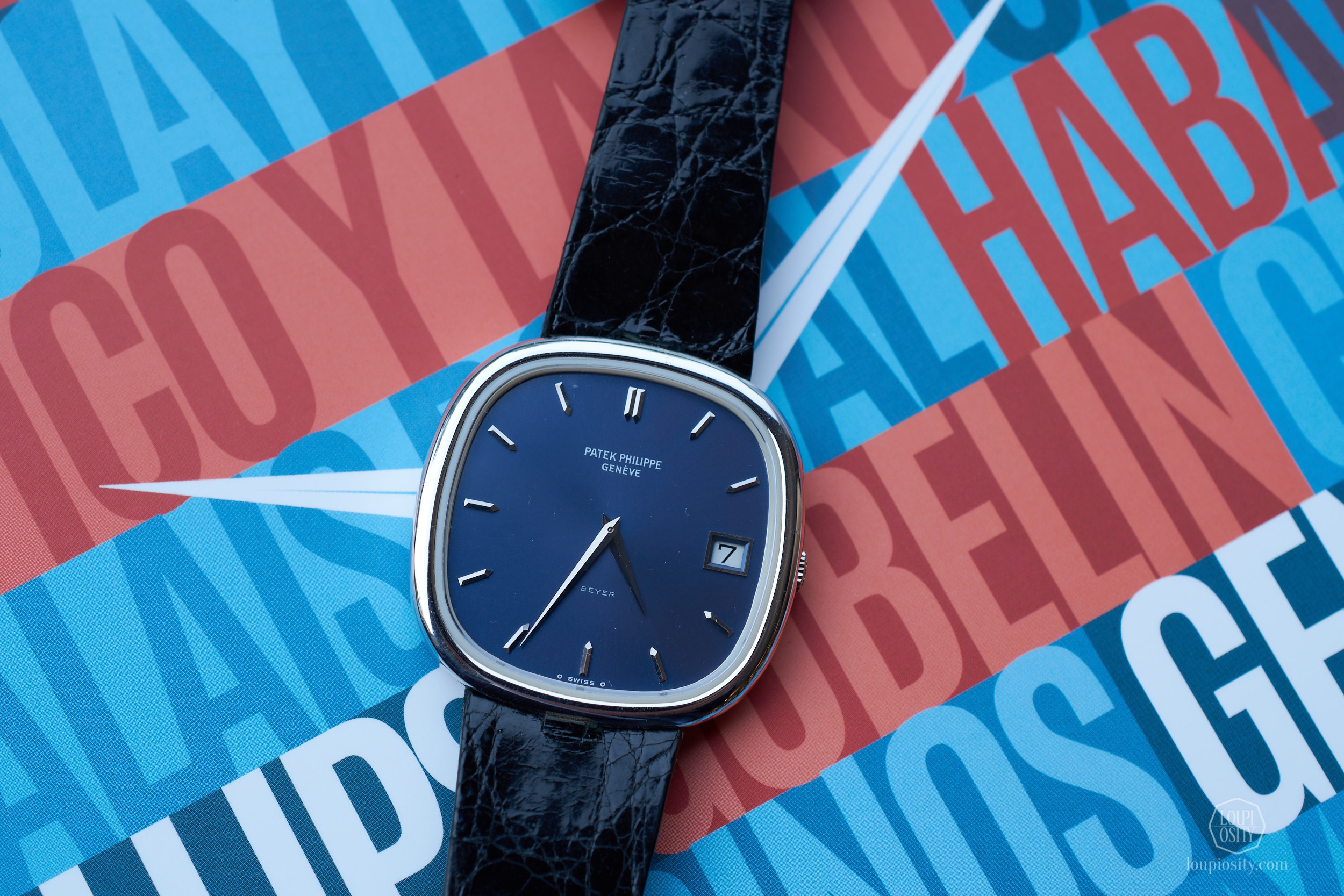 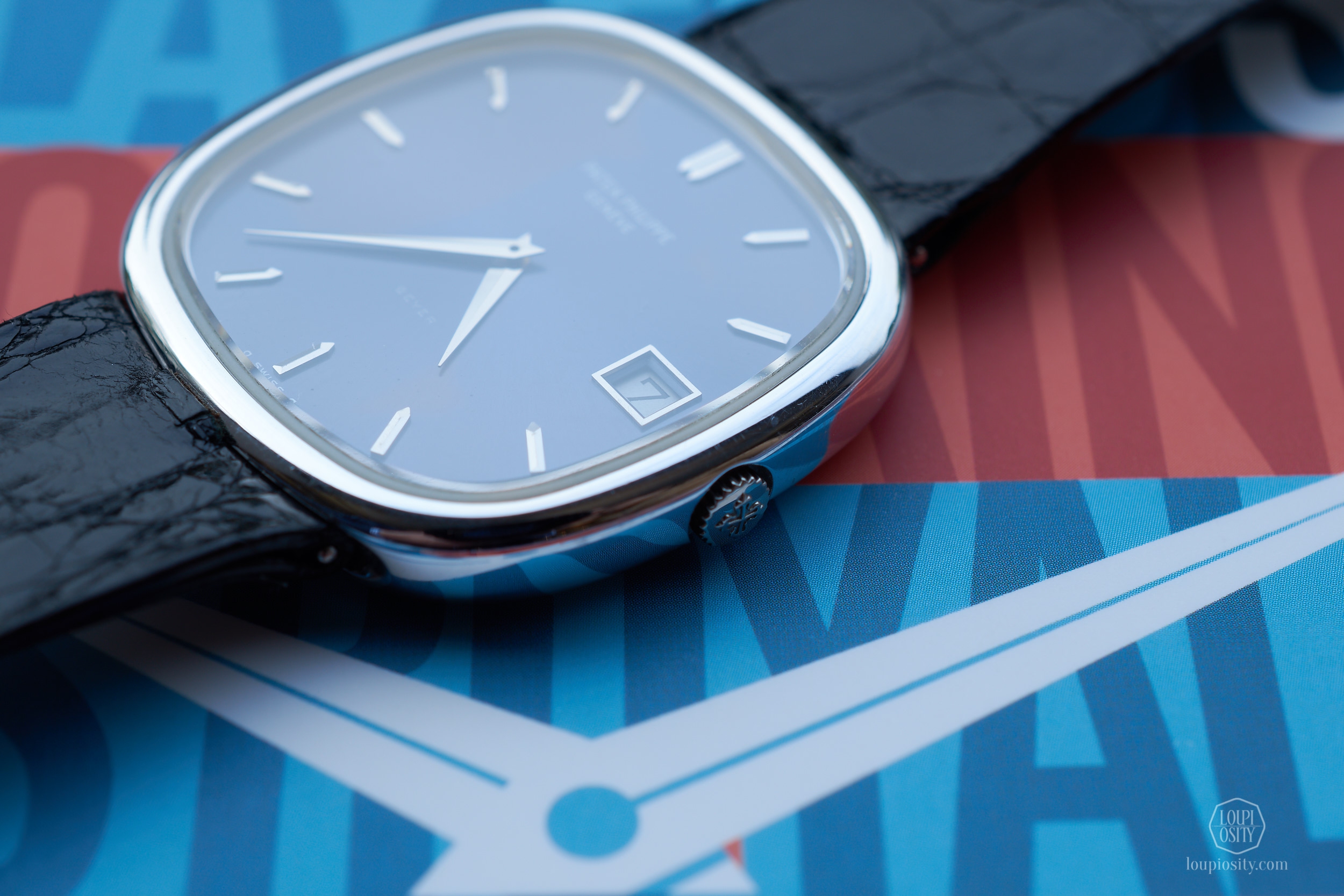 Have you seen the Phillips Watches’ GWA X auction happening the same weekend? Check out our selection of great vintage options for women.

Christie’s Luxury sale in Geneva, November 2022 - Part 3 The 'Rare Watches' auction on 7 November comprises 128 lots from fine watchmaking manufactures like Rolex, Patek Philippe, Audemars Piguet, Richard Mille and more.Phillips - The Geneva Sessions Besides the brands, the watch department at Phillips auction house also showcased some of the world's finest collectors' watches at the Geneva Watch Days.Phillips Geneva Watch Auction: XIV Phillips Geneva Watch Auction: XIV will be held on 5 and 7 November in Geneva. There will be two sales events on the two days with very interesting haute horlogerie rarities.