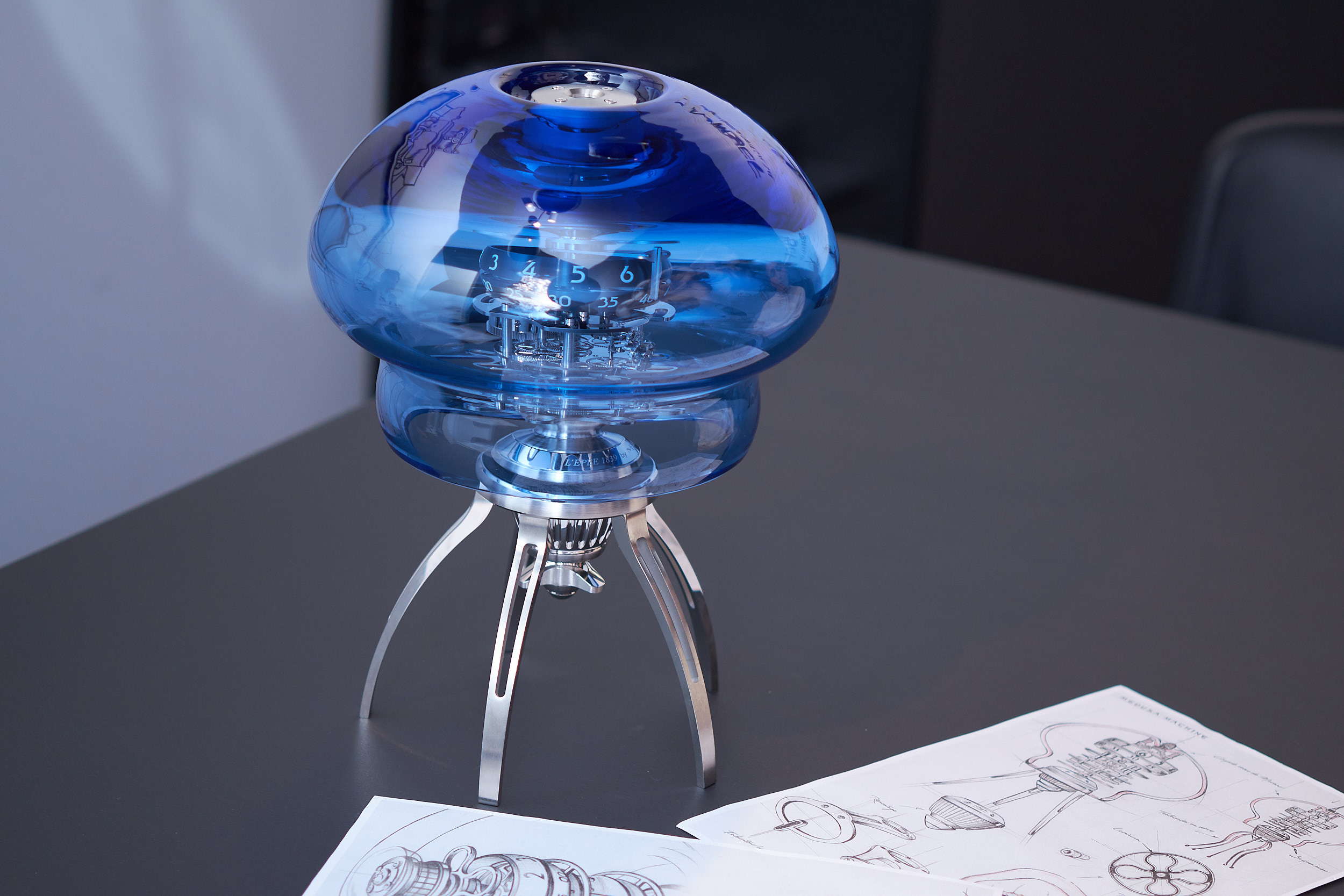 ‘Karma can be a bitch but it can be a fantastic ally’ – said Max Büsser in a captivating speech about the lessons he learned during MB&F’s 14 years so far. He referred to the hard times he has gone through at various occasions and to the human relationships he gained by getting helped by people he did not even expect it from.

One of the friendships he has made over the years is with Arnaud Nicolas, CEO of L’Epée 1839. Their collaborating teams have been making soulful, playful and futuristic clocks since the Starfleet Machine in 2014 (like the Destinatoin Moon, Balthazar or Arachnophobia we saw in 2017 or The Fifth Element in 2018). ‘MB&F’s idea for Starfleet Machine blew my mind. Like Max, I am a big sci-fi fan so when MB&F came to us with the design, we had to accept the challenge. Our team has been really inspired by this piece, and we think others will be too.’ – said Mr Nicolas in an earlier interview. Similar company sizes, similar problems, similar craziness, similar approach to watchmaking as an art form and a similar drive for self-realisation have brought up a community of watch designers and makers who constantly inspire one-another. And as we learnt from Mr Büsser, help each other when in need.

‘We were not sure if we could launch the piece at the SIHH’ – Arnaud Légeret, communications manager started introducing it. ‘Due to the attributes of the glass, it was very hard to find a glassblower in Murano, who could realise the bell of the jellyfish in the first place. L’Epée finally tracked down the right master, but last October’s devastating flooding in Venice put the project in jeopardy.’ 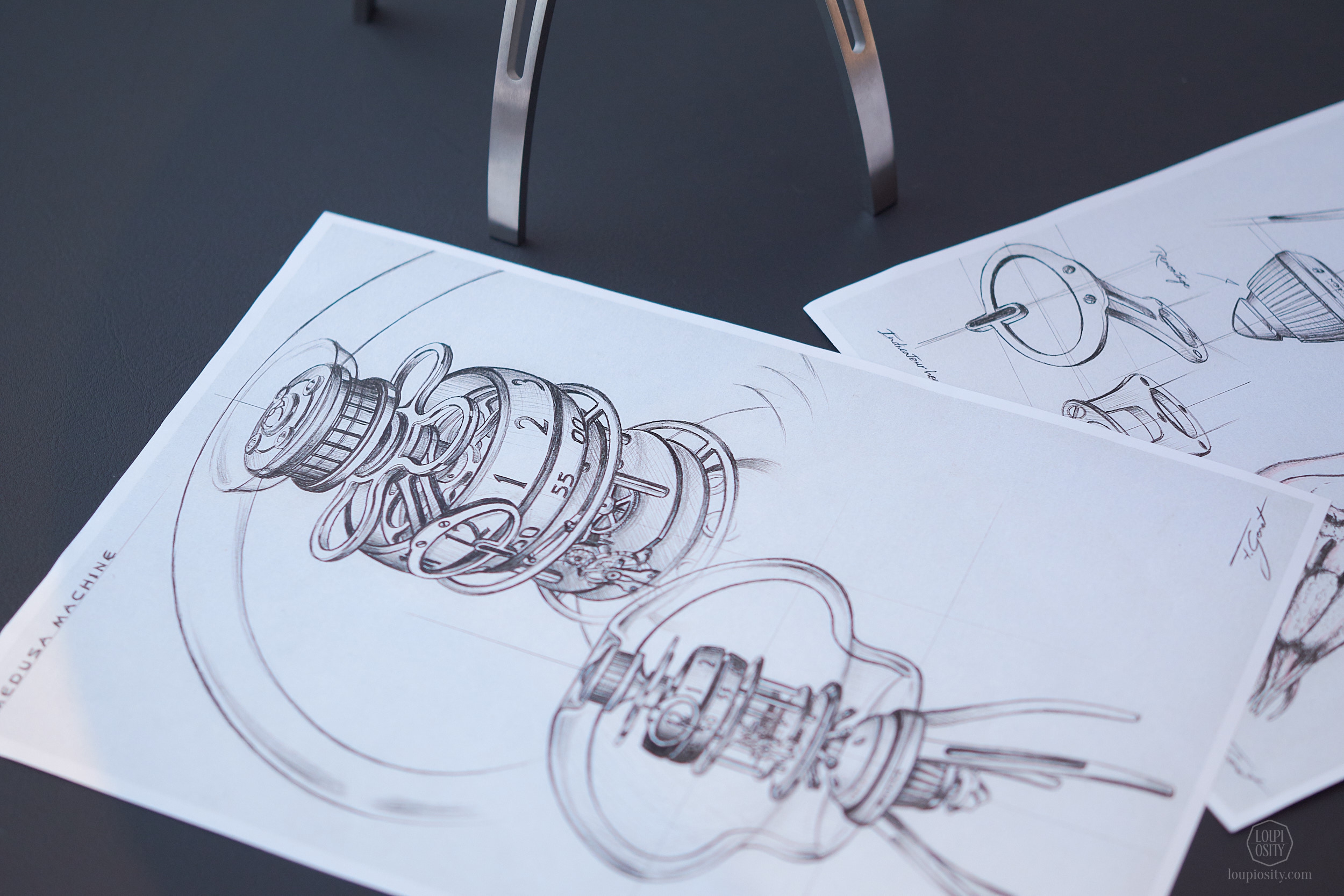 The design is from Fabrice Gonet, who has previously worked mainly on wristwatches, including the MCT F110 and S110. He approached Max Büsser in 2016 with the idea of a clock taking the shape of a jellyfish. ‘I’ve known Fabrice for some years but we never had the chance to work together before. When he wanted to show me one of his designs, I accepted, even though I don’t normally say yes to this kind of thing — also because I saw that his design was of a clock and not a watch. The vision was so clear that, in the end, the final clock turned out to be very close to the initial sketch!’ – says Mr Büsser.

Each glass bell blown in the traditional manner has an individual pattern of thickness. Smooth from the outside but waves running in the inside make the pieces unique. The glass is created in three colours: blue, green and a pink, which had to be made in a combination of a red molten layer and a clear glass core before blowing out. The tentacles that can be hung on the body of the jellyfish to sway are also made the same way in order to guarantee the identical colours.

Because of the dainty glass, L’Epée 1839 had to reduce the weight of the movement. Taking up about one third of the complete weight of the Medusa, the caliber’s 155 parts totals 2.34 kg. Like in other L’Epée clocks, it has a long power reserve that is 7 days this time. The clock can either stand on the curved steel legs or be hung from the ceiling. In order to provide easy setting and winding in both of these positions, engineers created a mechanism simple to operate both with one hand. The propeller sets the time by rotating clockwise and winds it up by rotating anti-clockwise.

All colours represent a limited edition of 50 pieces each. 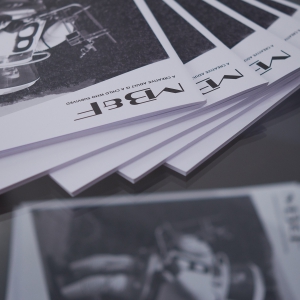 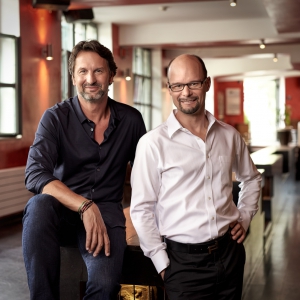 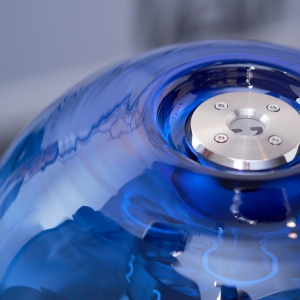 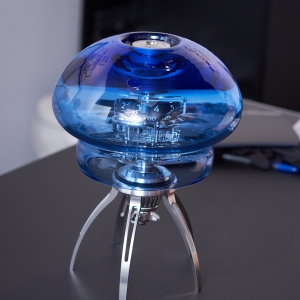 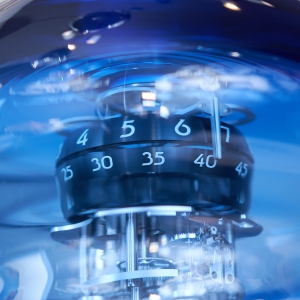 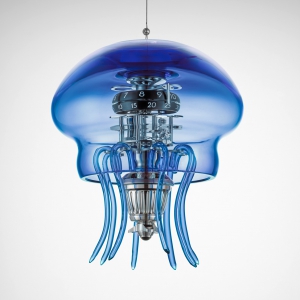 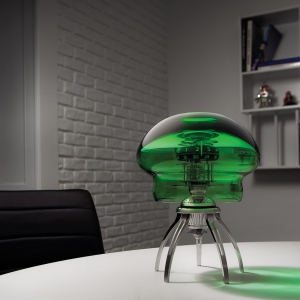 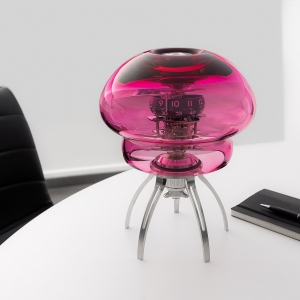 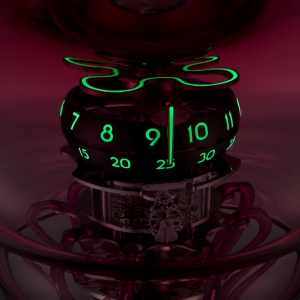 L’Epée Time Fast D8 The collaboration of designer Georg Forster and L’Epée 1839 has resulted in a clock that made every visitor turn in their tracks. We table-raced with the L’Epée Time Fast D8 like a child at Baselworld.M.A.D.EDITION In June 2021 MB&F offered a special watch to its ‘Friends’, the M.A.D.1, under a different label, M.A.D.Edition. The appearance of the watch on social media stirred the water of the mechanical watchmaking.SIHH 2019 mood through our loupe We have an eventful and exciting week behind at the SIHH 2019. In spite of the crazy meeting schedule that makes us living on espresso and chocolate for days, the event has a vibrant atmosphere. For the first time we wanted to capture the buzz of the SIHH in a video - check it out ...