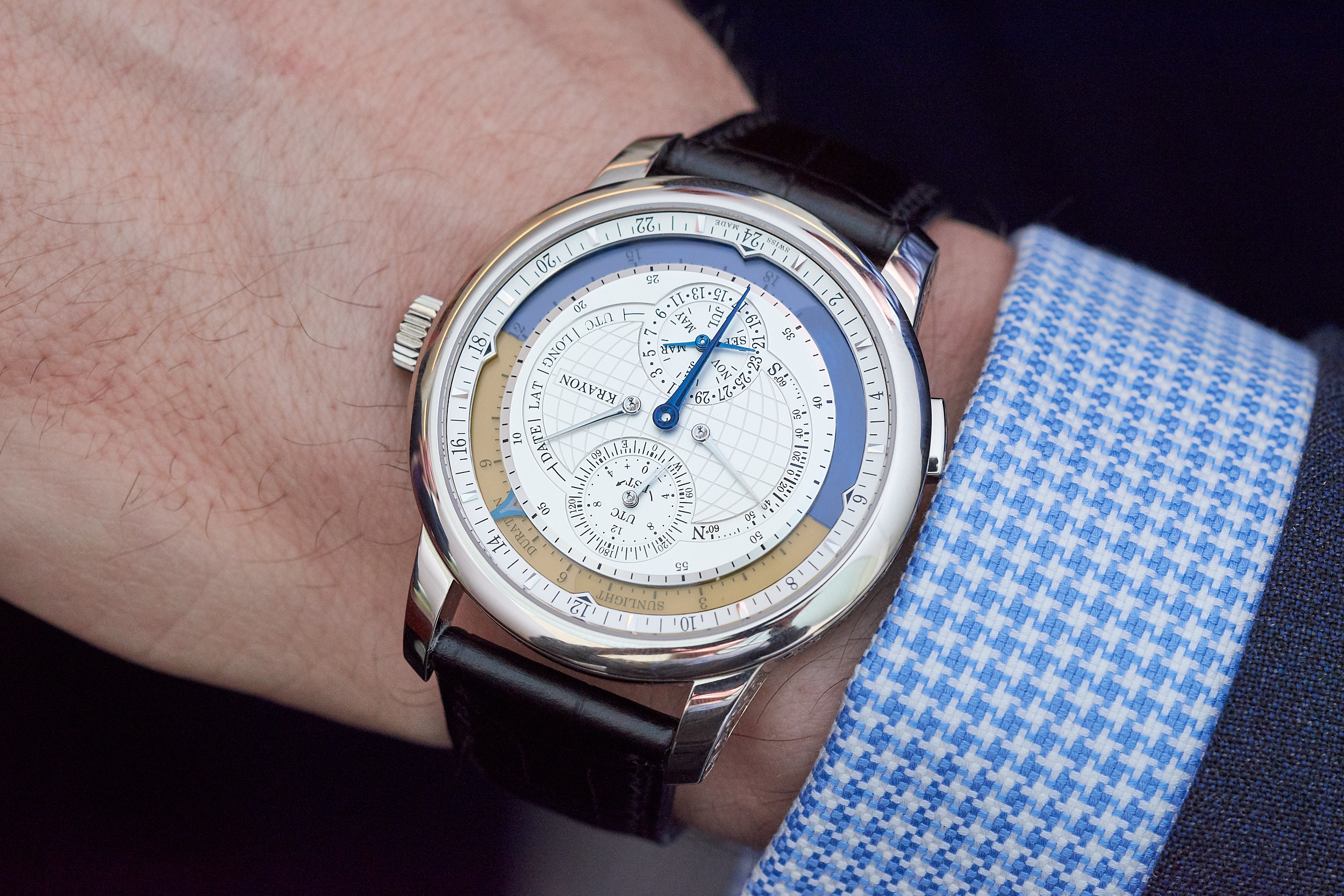 GPHG’s jury has pre-selected some of our favourite timepieces in 2018. One that throws the ball out of the court is Rémi Maillat’s sunset-sunrise complication watch called Krayon Everywhere – in fact a custom decorated piece, the Everywhere Horizon. The first prototype emerged in 2017 and the new-born made it right into the watch Oscar finals this year.

We met this quiet, clever man during the last Basel watch week in the spring. He had a single desk at the space called The Creative Lab with no big fuss, only a roll-up board behind his back. He was holding one of the first finished pieces, which had occupied more or less all his time and thoughts in the past few years. Although it was already presented in 2017 and was even enrolled in the GPHG contest the same year, it still wasn’t seen by too many eyes. Hence, at the March show Mr Maillat observed people’s feedback on what he had lately been submerged in; keen to see the reactions. What he received was the amusing experience of witnessing one’s dubiety turning into excitement in front of him.

Beautiful as it possibly could be, the Universal Sunrise Sunset calibre does what the rumours said it would: regardless of where on the planet you are, it calculates when the mother of all stars rises and disappears behind the horizon. For the maths, five parameters, such as longitude, latitude, UCC time, date and month are input by the user – equation of time necessary too is tracked by a hidden function. What’s more – and this is when I personally became captivated – it hides all the complexity behind a sleek and handsome face, and pampers the wearer with a smooth interaction. You just simply would not expect such a sophisticated harmony of the 595 parts being dressed up in an astonishingly clean design from a first-watch man.

Well, he had his schools before launching his own boat. Mr Maillat graduated as Microtechnology Engineer specialising in watchmaking and completed his diploma work at the Vaucher Manufacture Fleurier before joining Cartier as a watch movement designing engineer in 2008. He established Krayon in 2014, in Neuchâtel.

The hour can be read on a 24-hour scale by a tent-shaped indicator travelling in the coloured chapter. The large central blue hand shows the minutes. The Sun’s time over the horizon is shown by the yellow belt, which raises and shrinks as per the calculations. The dark area represents the night. The hand on the right points to the setting function selected by the pusher at 8 o’clock – by turning the crown you perform the setting itself. A similar hand on the opposite side covers the latitude range from 60°North and 60°South. The sub-dial at 12 o’clock is for the UTC (smaller hand jumping in 30 minute increments) and the longitude +180° and -180° (longer hand). Date and month are in the lower sub-dial.

The automatic movement, powered by a 22k gold micro-rotor, is only 6.5mm thick enabling a case dimension of 11.7mm with a 43mm diameter. I loved the low-key character of this complex timepiece encased in white gold. The one pre-selected by the GPHG jury this year is more outspoken thanks to the baguette-cut diamonds all around the bezel (70 pcs weighting 3.50 ct) and lugs (24 pcs, 1.35 ct).

Congrats to Rémi Maillat and his team for this piece. However, those who can afford a watch like this can probably already request the Sun to rise and set whenever they want. 🙂 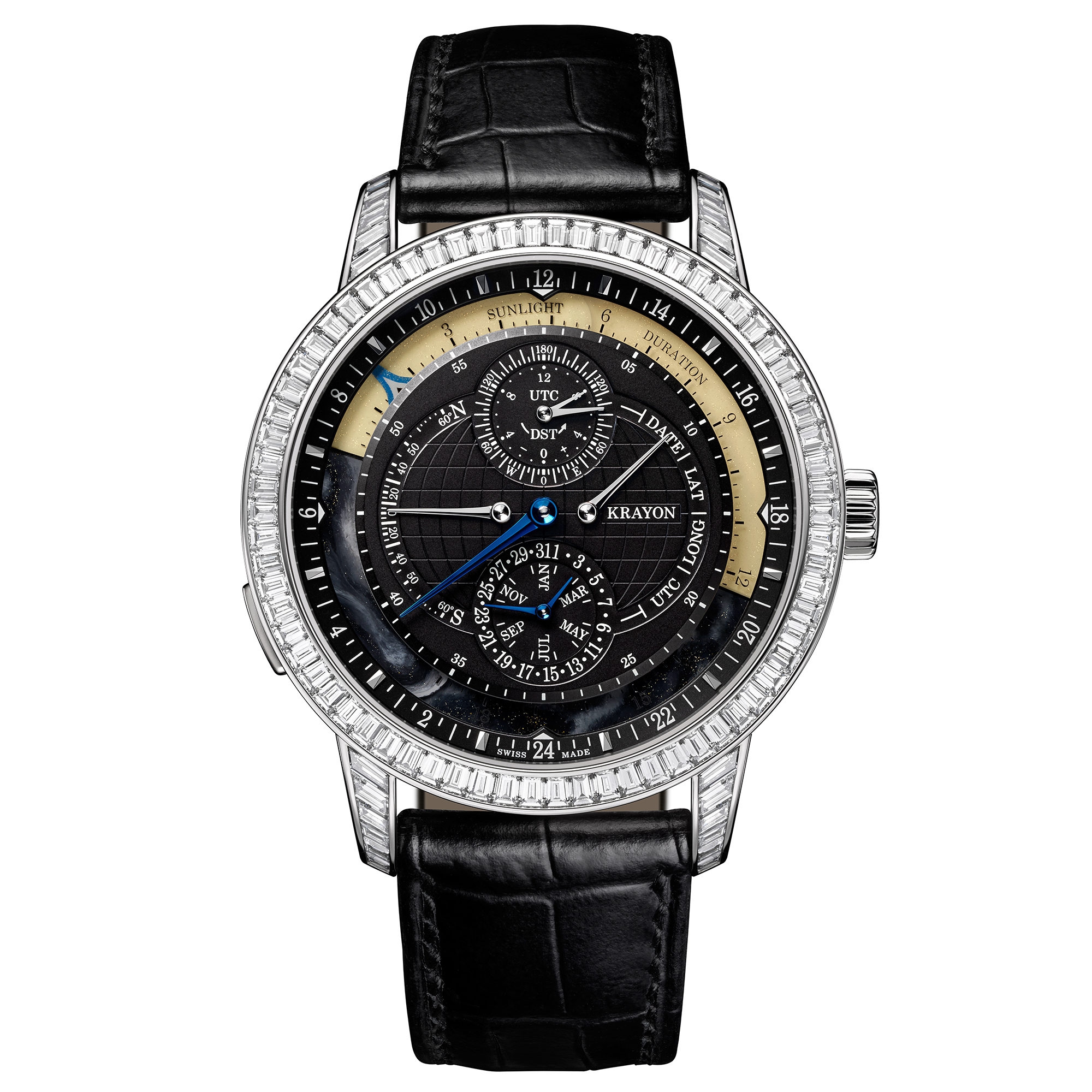 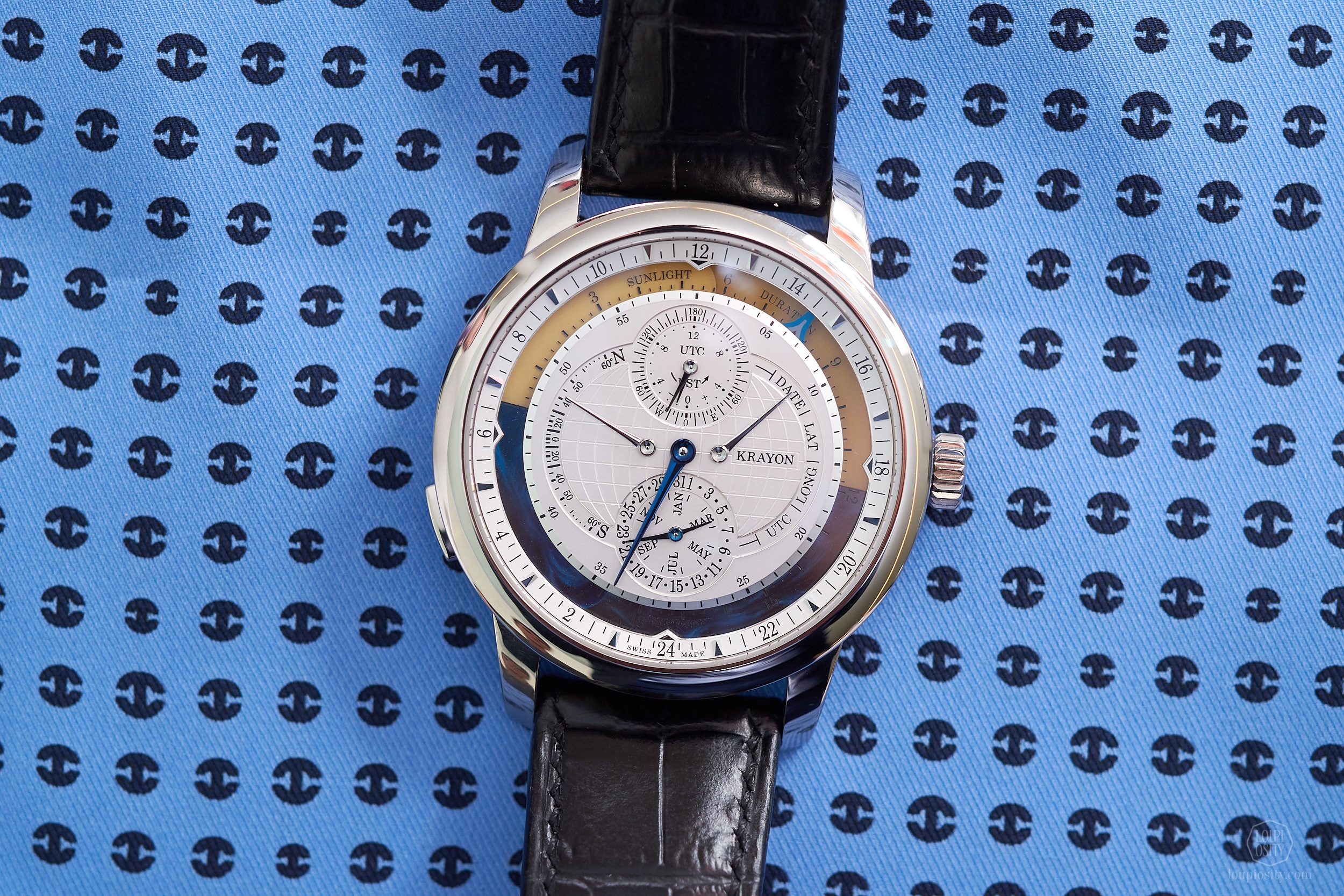 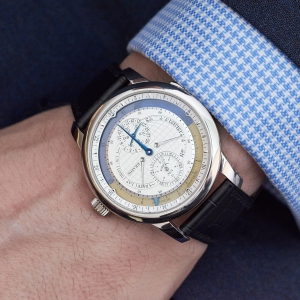 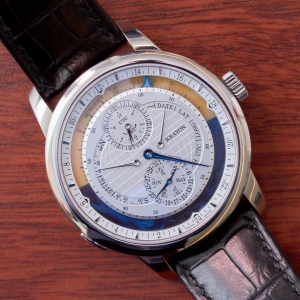 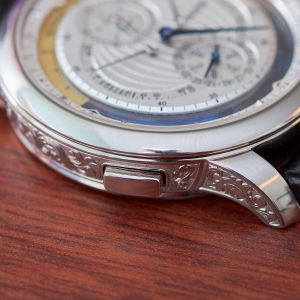 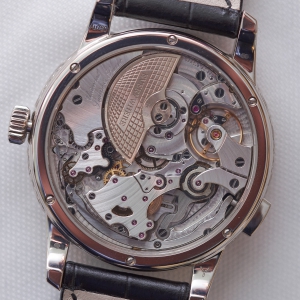 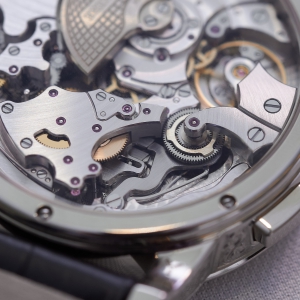 Photo credits: Krayon, Loupiosity.com.
All registered trademarks are property of their respective owners.
All rights reserved.

Pre-SIHH 2019 Vacheron Constantin Les Cabinotiers… As part of the pre-SIHH announcements Vacheron Constantin introduces a new one-of-a-kind timepiece from its Les Cabinotiers department - the Les Cabinotiers Grand Complication Phoenix with 15 horological complications.GPHG 2019 The 84 pre-selected watches of the Grand Prix d’Horlogerie Genève 2019 are arriving back from the world tour to Geneva to compete for the ‘Aiguille d’Or’ Grand Prix and the 18 category prizes.#GPHG2020 The 84 pre-selected watches of the GPHG2020 are competing for the "Aiguille d’Or" Grand Prix or for one of the prizes in the 14 categories that reward contemporary watchmaking excellence.