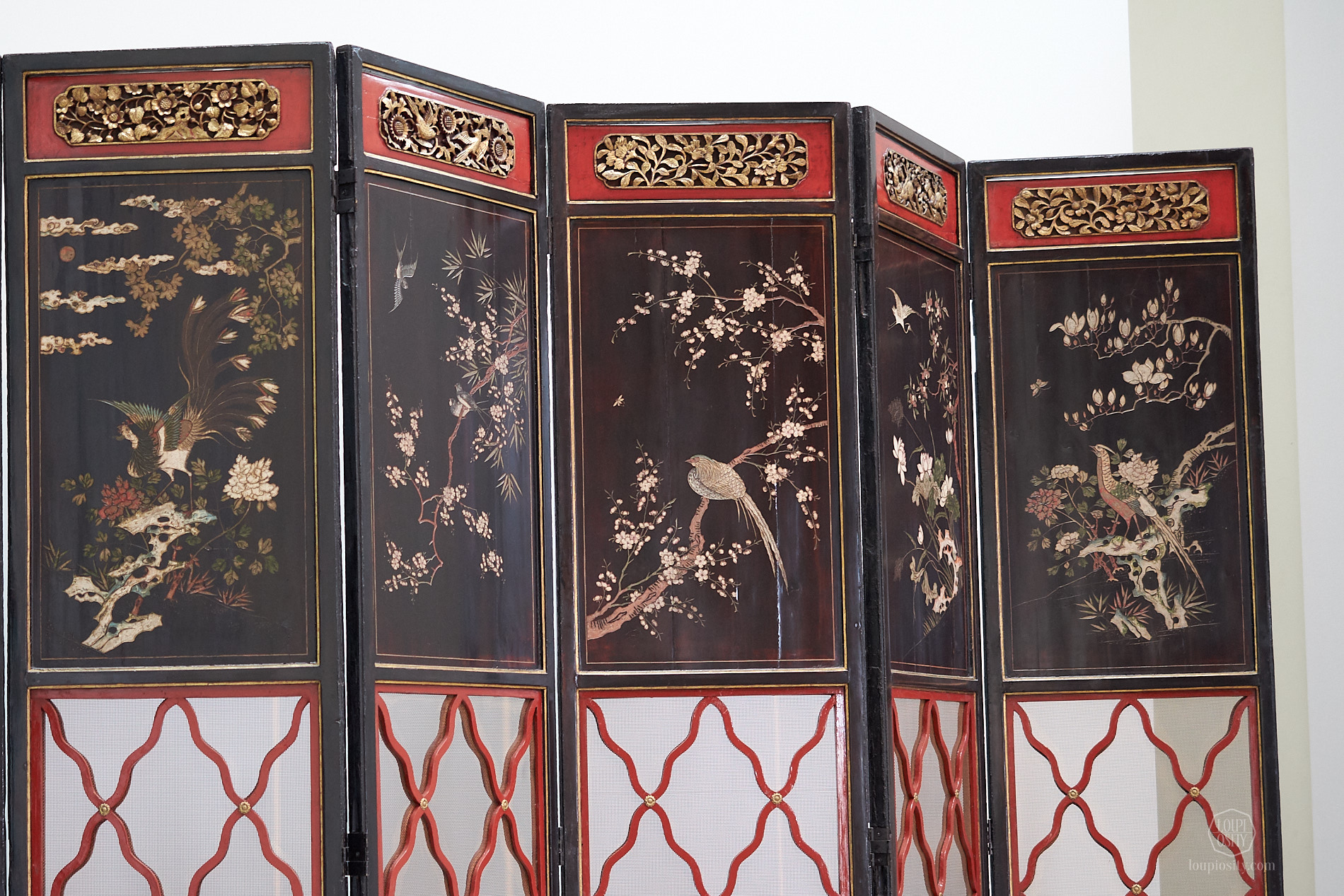 The Grand Palais has been the scene of Karl Lagerfeld’s grandiose Chanel shows since 2006. Just after the Fall‑Winter 2018/19 Haute Couture presentation a decent space was dedicated to the Coromandel-inspired jewel novelties.

Many books and biographies about Coco Chanel mention her aesthetic desire to surround herself with objects she considered beautiful. She moved into the Ritz Paris in the early 1930s and she brought her beloved furniture with her that included a beige suede settee with its quilted cushions and her lacquered folding Coromandel screens.

During the day she was to be found in her 4-floor residency at Rue Cambon 31. It still operates as it used to – with the Chanel store at the street level, the haute couture dressing rooms on the second floor, her apartment on the third and her workshop remained on the fourth floor. Several parts have now an iconic status, such as the cream carpeted staircase with the faceted wall of mirrors from which she famously viewed the audience during the introduction of the collections. Just like Camellia flowers, lion motifs, and various occurrences of the famous ‘Orient meets Occident’ design as well as the scent of Chanel No. 5, Coromandel folding screens also appeared in this sanctuary.

She discovered the folding screens with her great love, Boy Capel (Captain Arthur Edward ‘Boy’ Capel was a wealthy polo player who grew up in a British shipping merchant family) during the 1910s. She brought them with her anywhere she moved: her mansion on Avenue de New-York to the Rue du Faubourg Saint-Honoré in 1923, all the way to her suite at the Ritz Paris and finally her villa in Lausanne in 1968. ‘I have had 21 coromandel screens,’ Chanel once said. ‘They play the role that tapestries did in the Middle Ages; they allow you to re-create your home everywhere.’ 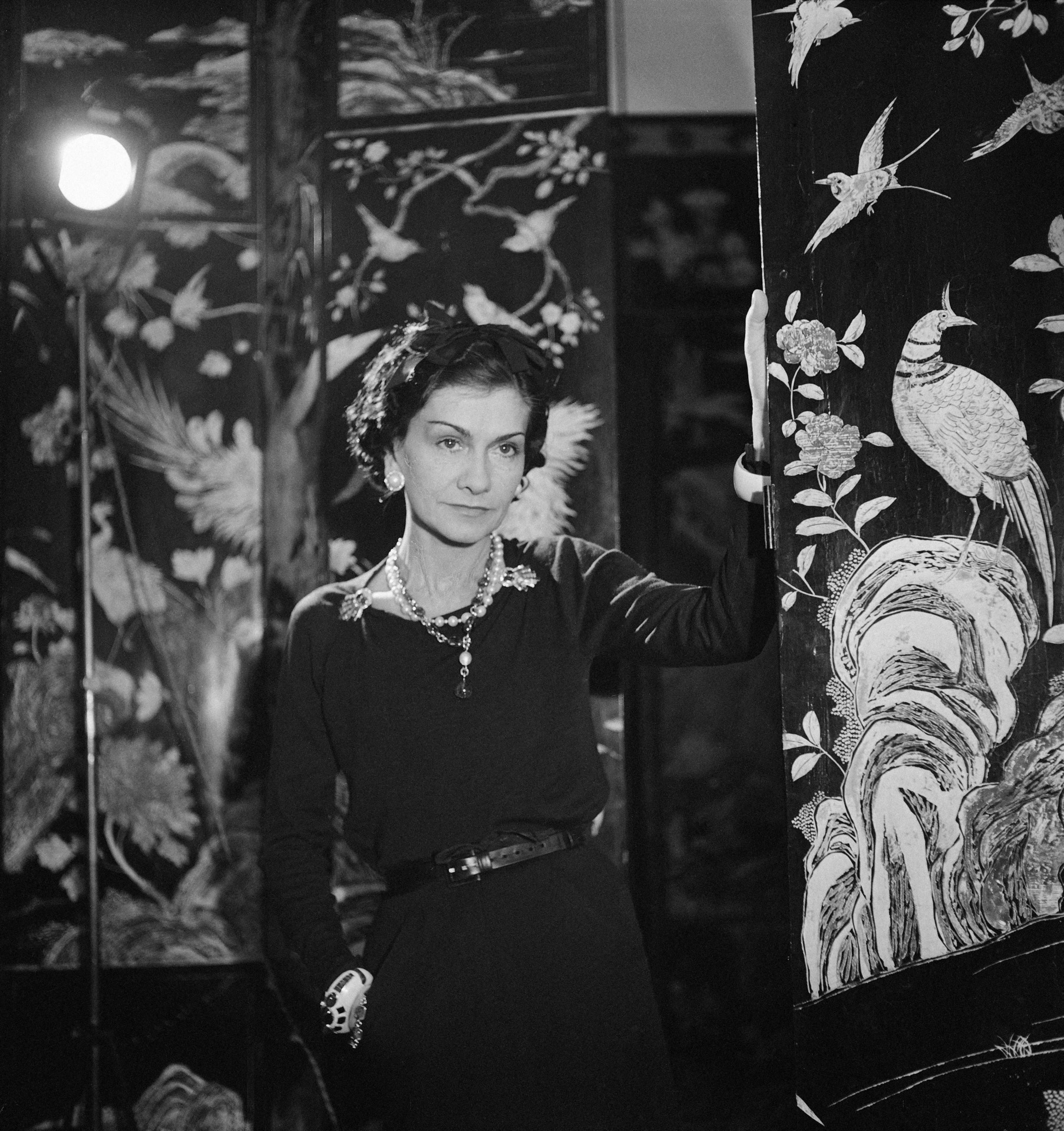 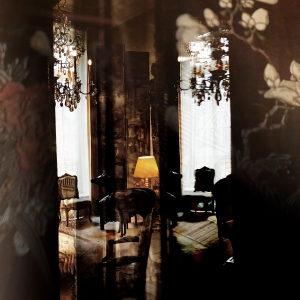 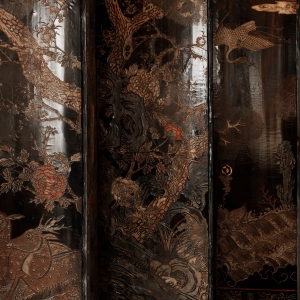 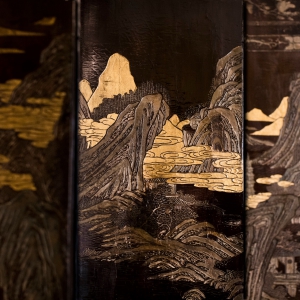 Originally these were used in China to separate the high-ceilinged spaces of the imperial court. The screens were especially popular in the Hunan province of China during the Ming Dynasty (1368-1644). Decorated with the ‘kuan cai’ (‘incised colours’) technique or combined with mother of pearl or precious stone inlays, Coromandel became a desired object of art in Europe in the early 18th century. For example Madame de Pompadour was especially keen on Asian lacquer panels in furniture. They have seen more revivals since and are still treasured objects in many wealthy and chic households.
In her apartment at 31 rue Cambon Coco Chanel had eight of them, which she freely used in ways other than what they were intended for: she dressed her walls in them, like wallpaper, or gave a different structure to her private space.

The House has been using Coromandel as inspiration for watches, haute couture dresses and even for a spirited oriental fragrance in Chanel’s ‘Les Exclusifs’ range created by Chanel master perfumer Jacques Polge in 2007. For the first time in 2018 it appears on a High Jewellery collection.

The Coromandel collection is made up of fifty-nine pieces, with twenty-four that are entirely unique – all inspired by the colours, the shapes, the mood and the decoration of Coromandel screens. The motifs dear to Gabrielle Chanel are reworked around three themes: floral, noticeably evoking the Camellia, her signature flower; animal through the bestiary of Coromandel; and mineral, reflecting her love for crystals and gemstones.

The main elements of the jewels are white and yellow gold, black lacquer, cultured pearl, mother-of-pearl, green tourmalines, mint tsavorite garnet, diamonds and pink sapphires – all reflecting the atmosphere of the Coromandel.

The ‘Horizon Lointain’ necklace was born in the mineral theme. It is yellow gold, spread with clouds of mother-of-pearl and diamonds, including one central 6 ct gemstone. It is a so-called plastron necklace, which is originally an ornamental front of a woman’s bodice or shirt from a colourful material with lace or embroidery, in vogue in the late 19th century. The creation perfectly mirrors the ‘East meets West’ aesthetics of Chanel. 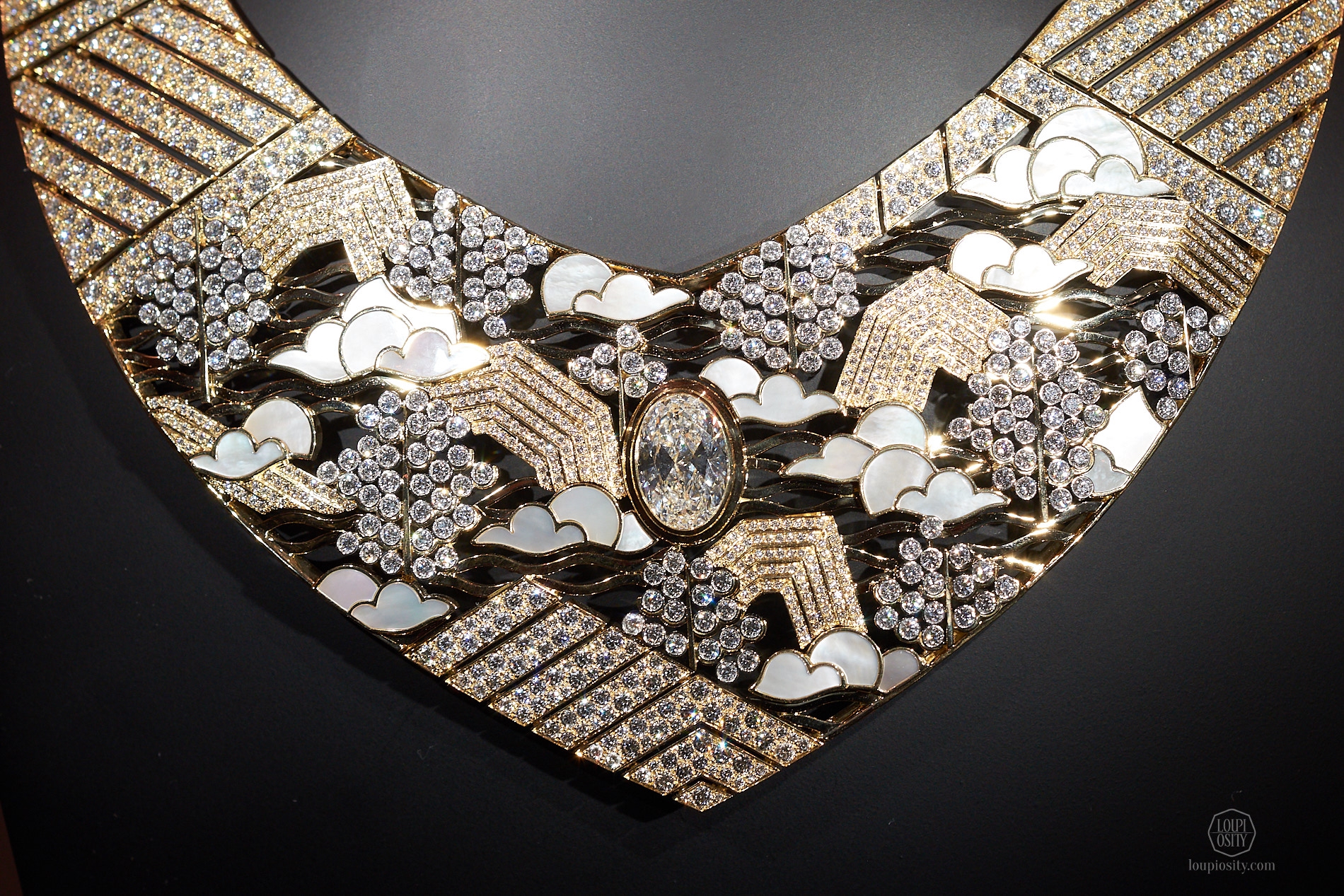 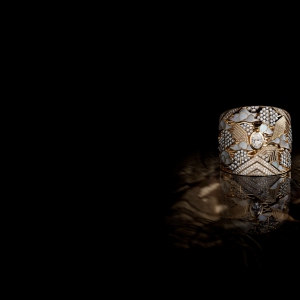 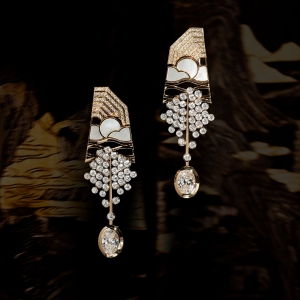 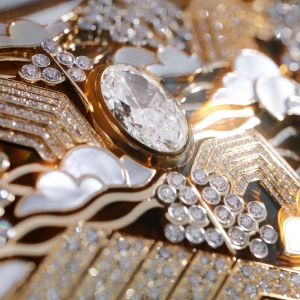 In the floral line there are two interpretations of the Évocation Florale necklace. One is white gold with green tourmaline beads, diamonds, pink sapphires and a 30.55 cushion-cut, mint tsavorite garnet as a centre stone. The other is a full diamond white gold collier with floral decorated ‘panels’ evoking the Coromandel screens. 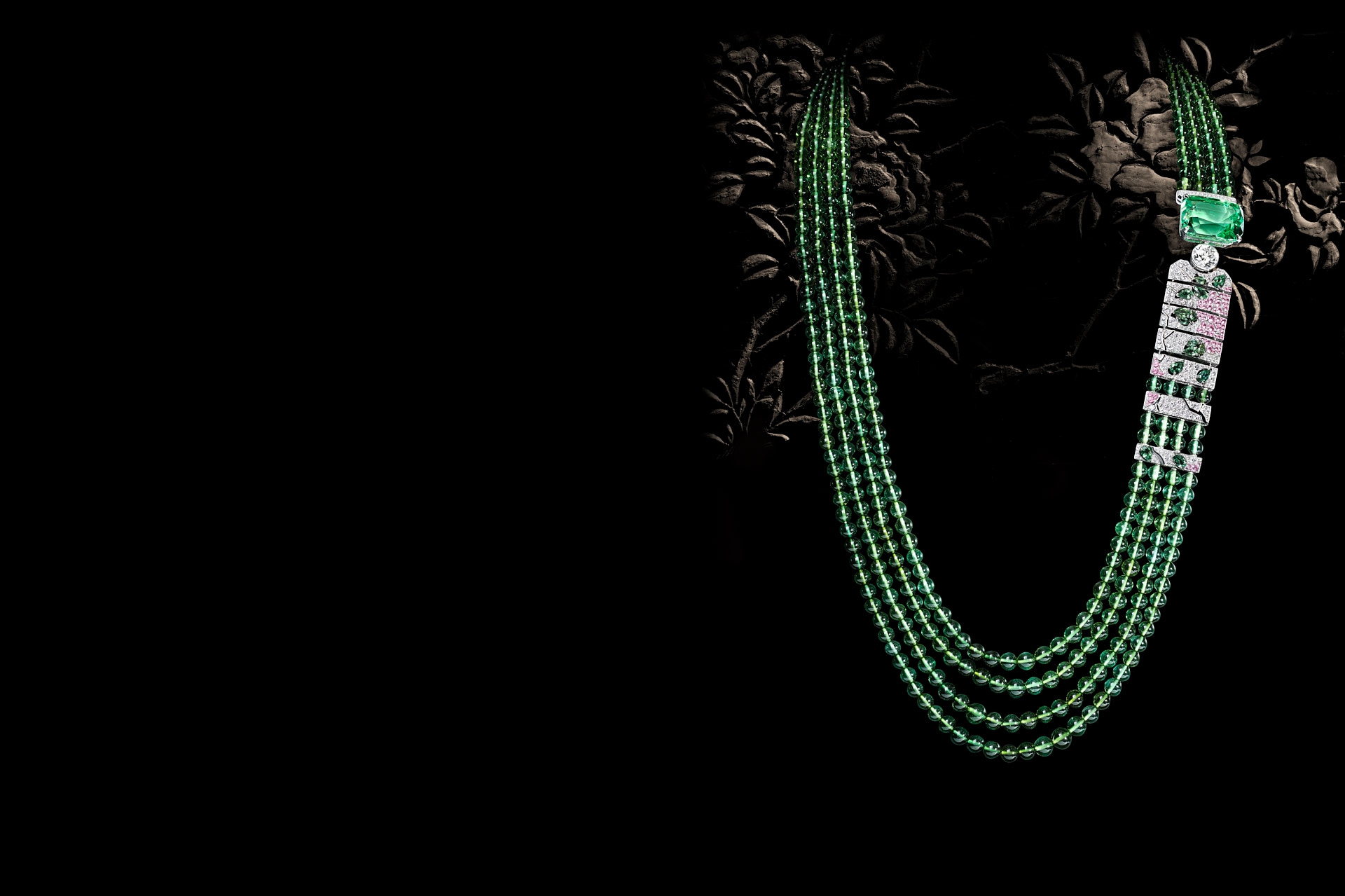 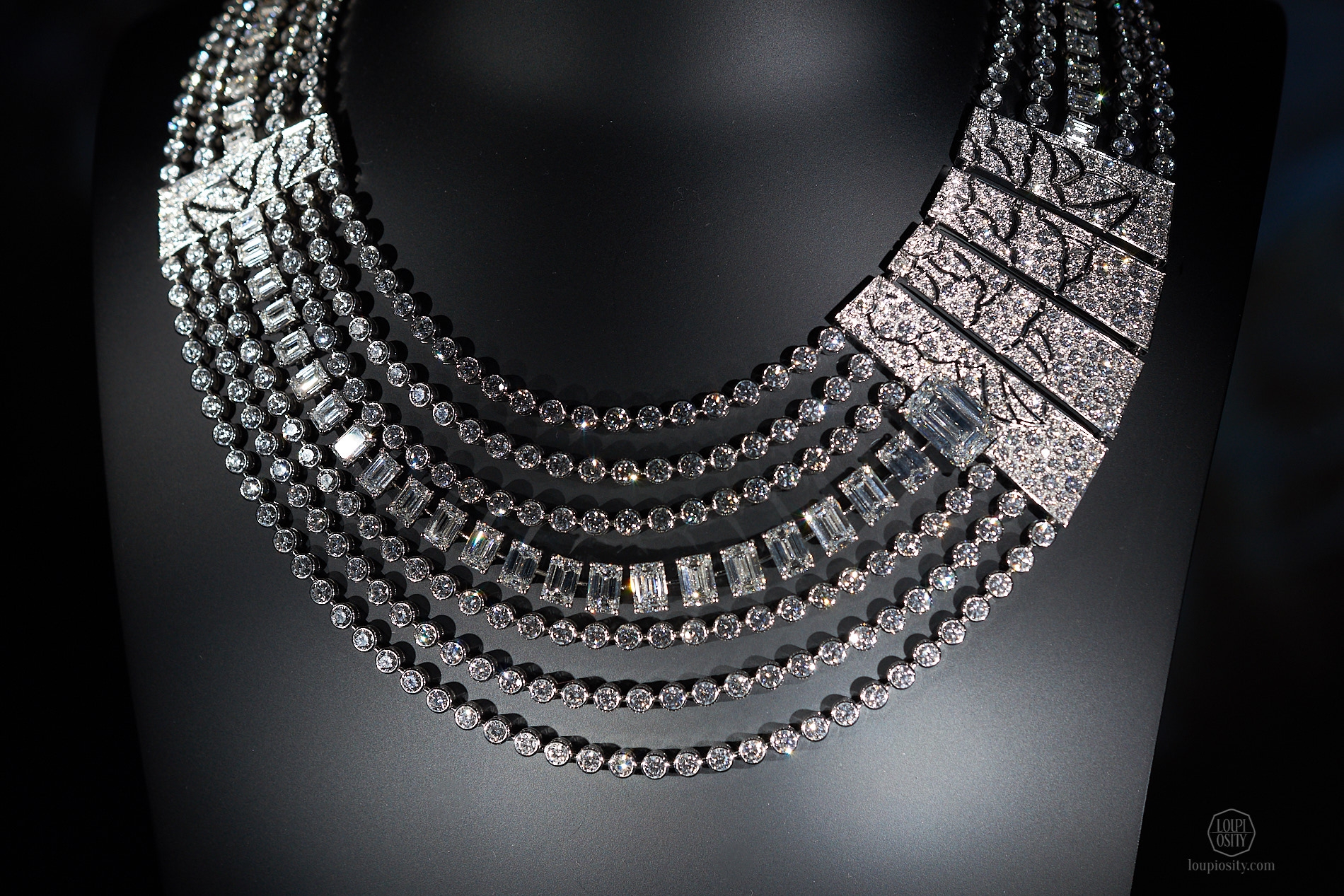 Birds and different bird species have different meanings in Chinese paintings and decorations. In 2016 the Mademoiselle Privé collection received five special watches: the Mademoiselle Privé Coromandel Flying Birds presented stunning birds and flowers carved out of gold framed in a 37.5 mm snow-set 18k beige gold case. In this year’s fauna line the Précieux Envol pieces embody the majestic flights of the birds in white gold with white and yellow diamonds. 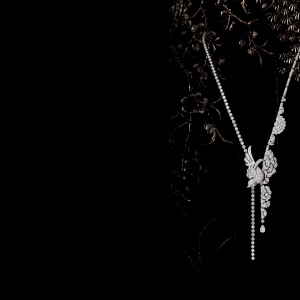 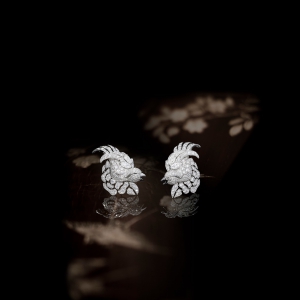 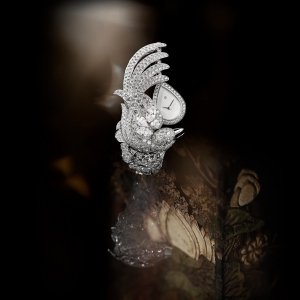 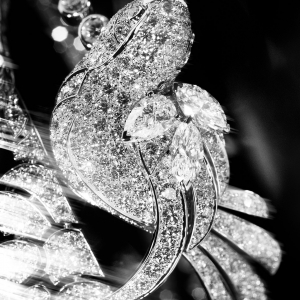 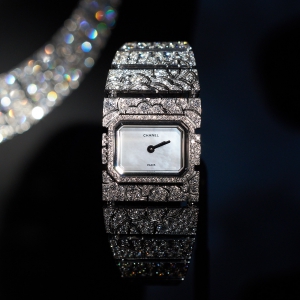 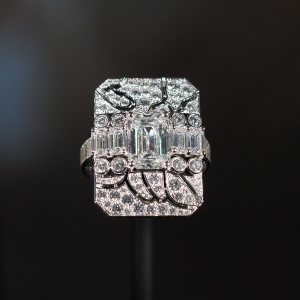