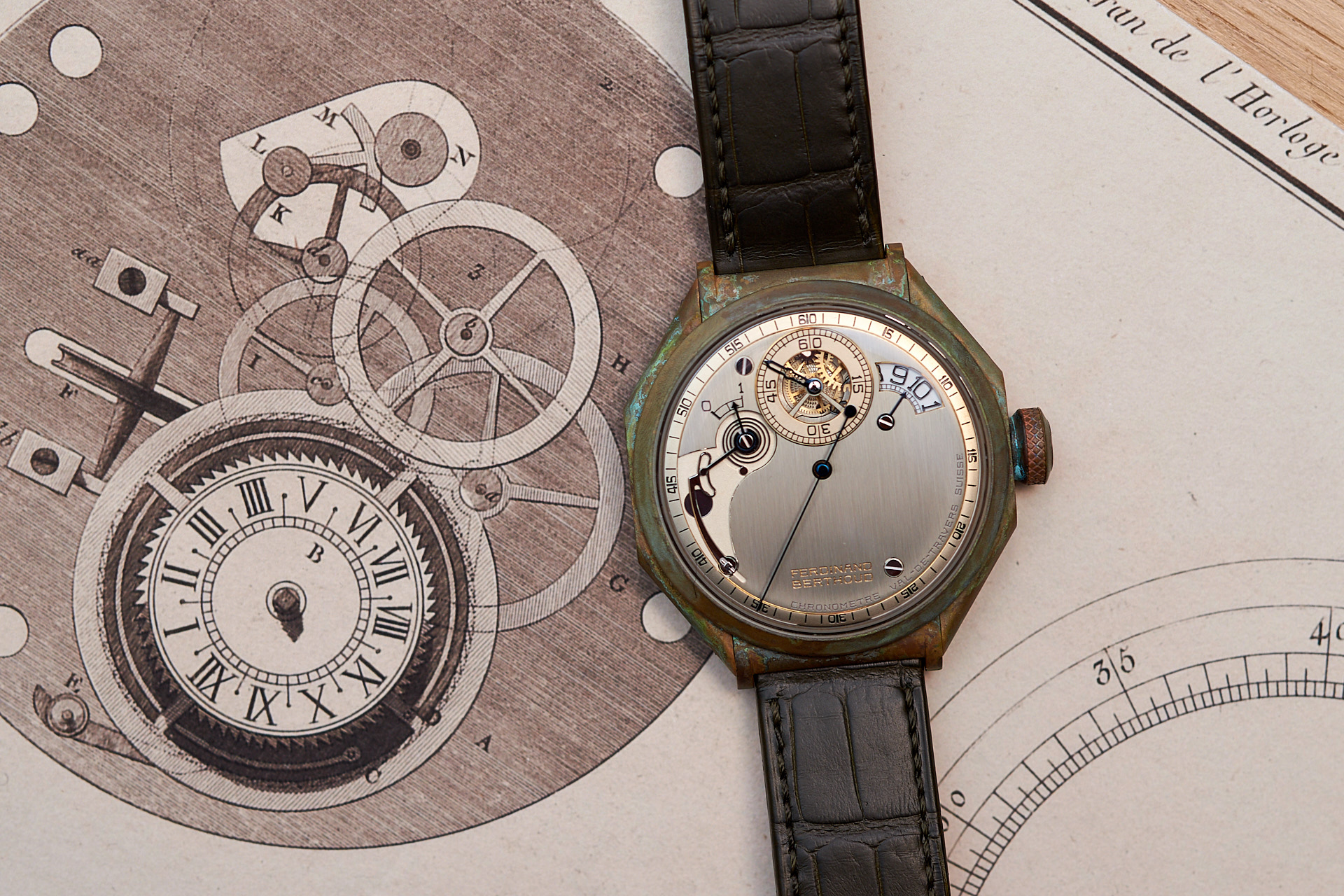 Ferdinand Berthoud came out with the Chronomètre FB 1R earlier this year, which builds upon the beautiful movement and the octagonal case of the initial FB1. However, the dial gave a completely different flavour to the piece. In Basel, the manufacture presented a special bronze edition, which become one of the highlights of this year to me. Check this out…

I discovered the love-child of Karl-Friedrich Scheufele at Salon QP in 2015 just a few weeks after the first model had left the workshop. The story of Ferdinand Berthoud chronometers dates back to the 18th century, when Mr Berthoud developed and produced marine clocks for the French Admiralty with the support of King Louis XV – read about this exciting period here. 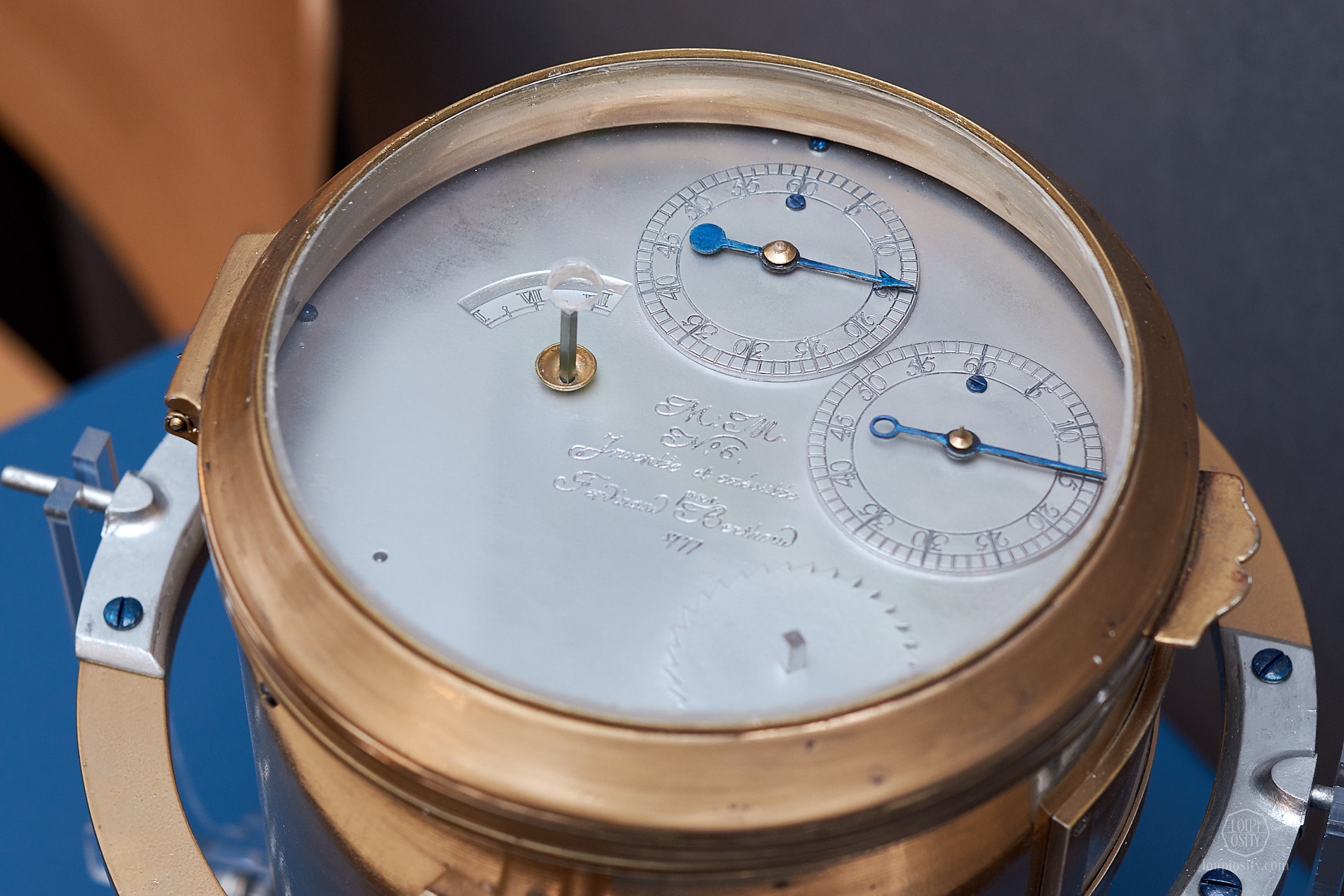 Mr Scheufele, Co-President of Chopard, who besides running the fine-watchmaking leg of Chopard does have in his portfolio several decent undertakings fuelled by pure love. For instance, he always takes part in Mille Miglia, not missing an opportunity to joyride his veteran rollers. Or obtaining the rights for the name Ferdinand Berthoud in order to create a small boutique brand with a few exceptional mechanical pieces – to pay a tribute to the master watchmaker as he puts it.

In the summer of 2016, he shared his thoughts about his passion project at the Zurich boutique of Les Ambassadeurs, the exclusive partner of the brand in Switzerland. In the same year, Chronomètre Ferdinand Berthoud FB 1 won the GPHG ‘Aiguille d’Or’ Grand Prix. In 2018, the company presented the Chronomètre FB 1R walking in the footsteps of its brother but having an even more attractive face.

The FB 1R was inspired by the Marine Clock no 7 of Ferdinand Berthoud. An interesting story about five of his marine clocks lives on in the five, one-of-a-kind Chronomètre FB 1R – Edition 1785 models that took the show in Basel. 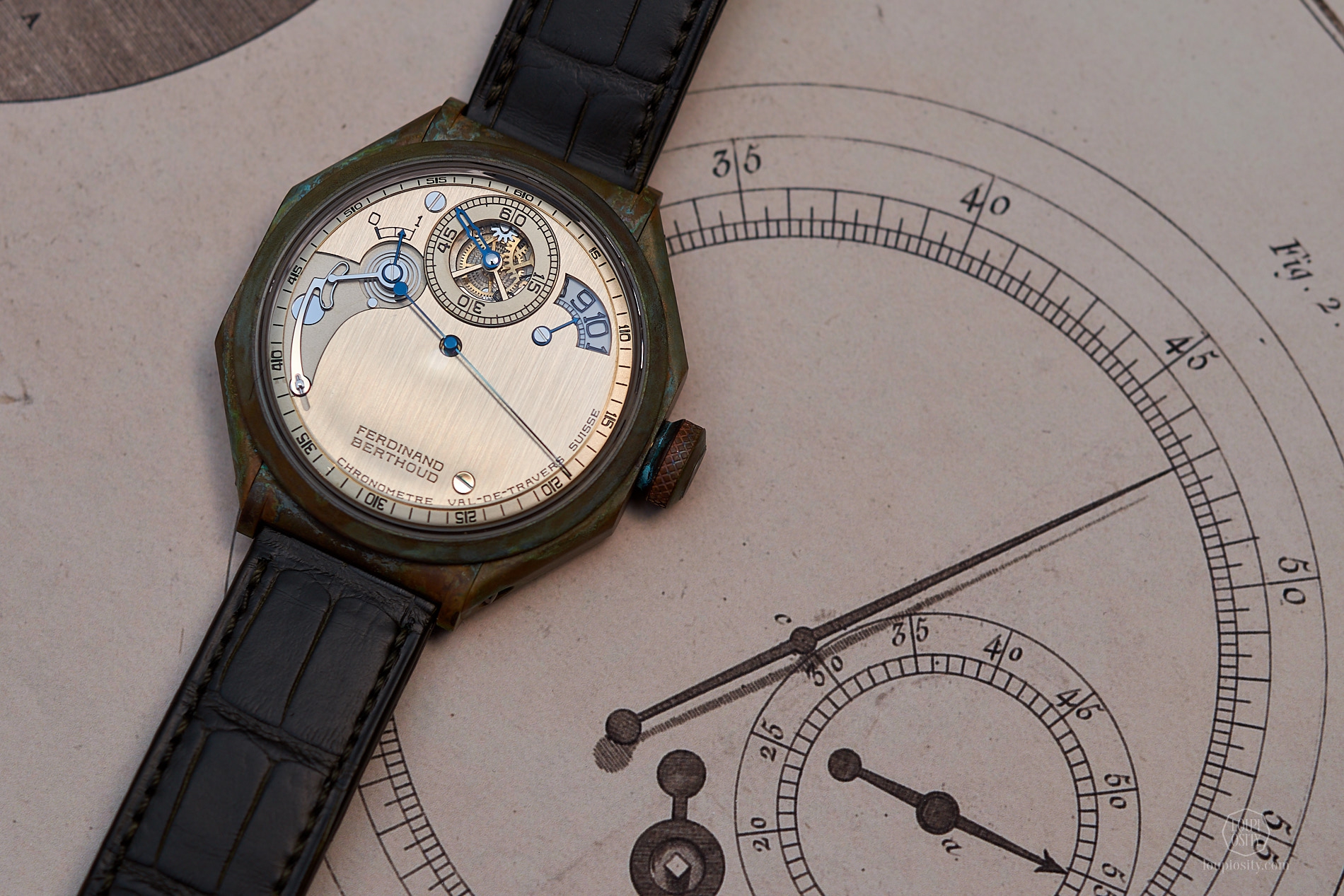 The La Pérouse expedition left the French port of Brest in 1785. On board of the two ships La Boussole and L’Astrolabe were officers, crew and scientists (astronomer, mathematician, geologist, botanist and physicist). Jean-François de Galaup, Comte de Lapérouse was the commander of the four-year long expedition around the world. The ships were expected to return to France in the summer of 1789. Louis XVI King of France (1754-1793) and Charles Eugène Gabriel de La Croix de Castries, the Secretary of State of the French Navy (1727-1801) supported the mission. The venture had various goals: to open new maritime routes in the Pacific region, to enrich French science and scientific collections, to correct and complete maps of the area and establish new trade relationships.

The route touched Brazil, Cape Horn, Chile, California, Alaska, Macao and Manila, Korea, the Pacific Islands, Norfolk Island and Botany Bay. He arrived off Botany Bay, New South Wales (Australia) in January 1788. The expedition sailed out of Botany Bay in March 1788 – as assumed later – and vanished in a storm. 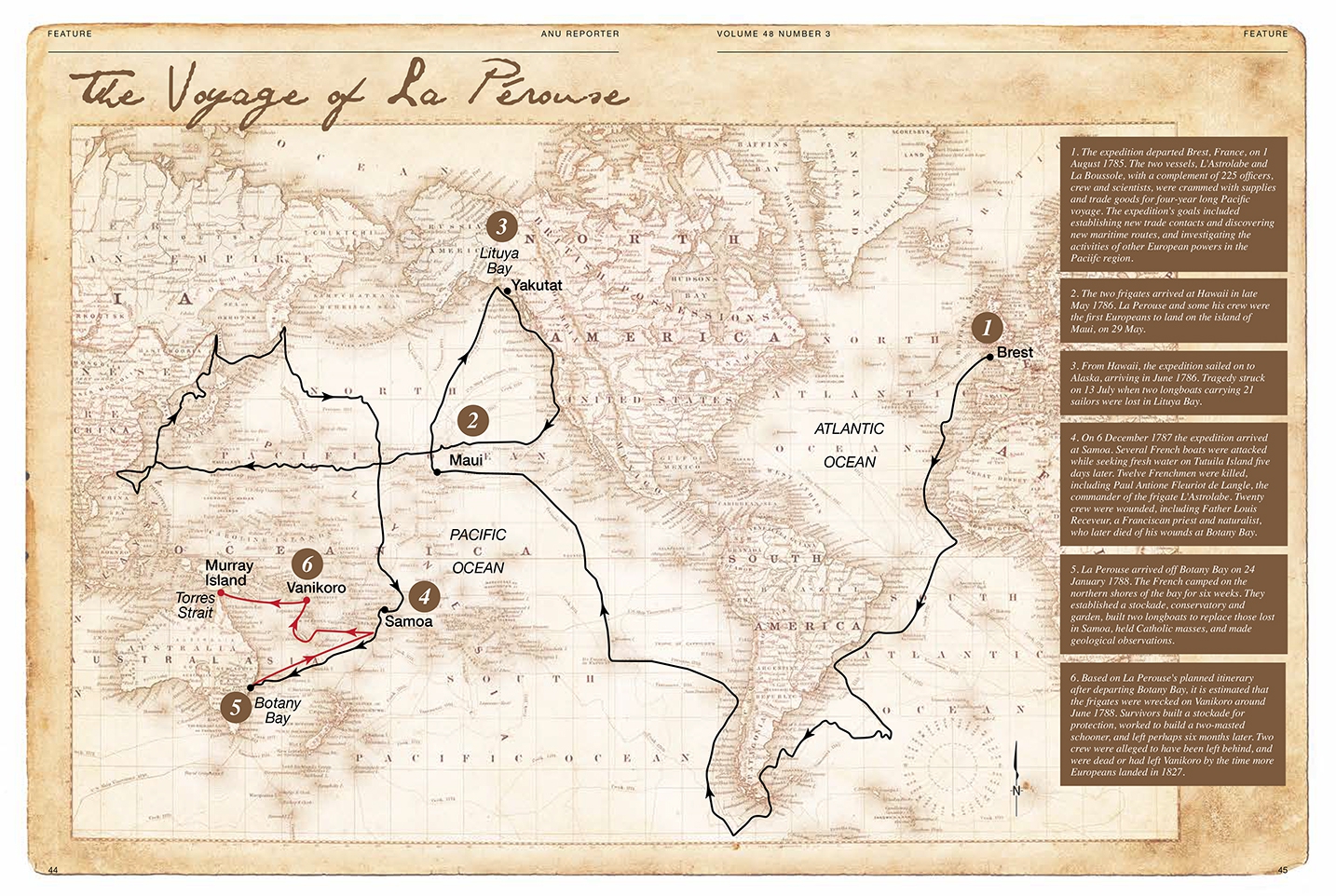 The French government in 1791 equipped another expedition under Bruny d’Entrecasteaux to search the Pacific for them, but no trace was found. Peter Dillon (1788-1847) Irish captain and adventurer had long been interested in the disappearance of La Pérouse. During his trips – in around 1826-27 – he found European objects in the Solomon Islands. He collected artefacts and brought them to Paris, where the objects were identified as to have belonged to the expedition vessels.

Throughout the years there were expeditions to solve the mystery of La Pérouse with no success. Until May 2005 when a wreck found off the Solomon Islands was formally identified as the remains of La Boussole. A sextant – an instrument used by navigators to measure the angular distance of the sun from the horizon – with the inscription ‘Mercier’ was found near the site of the tragedy. 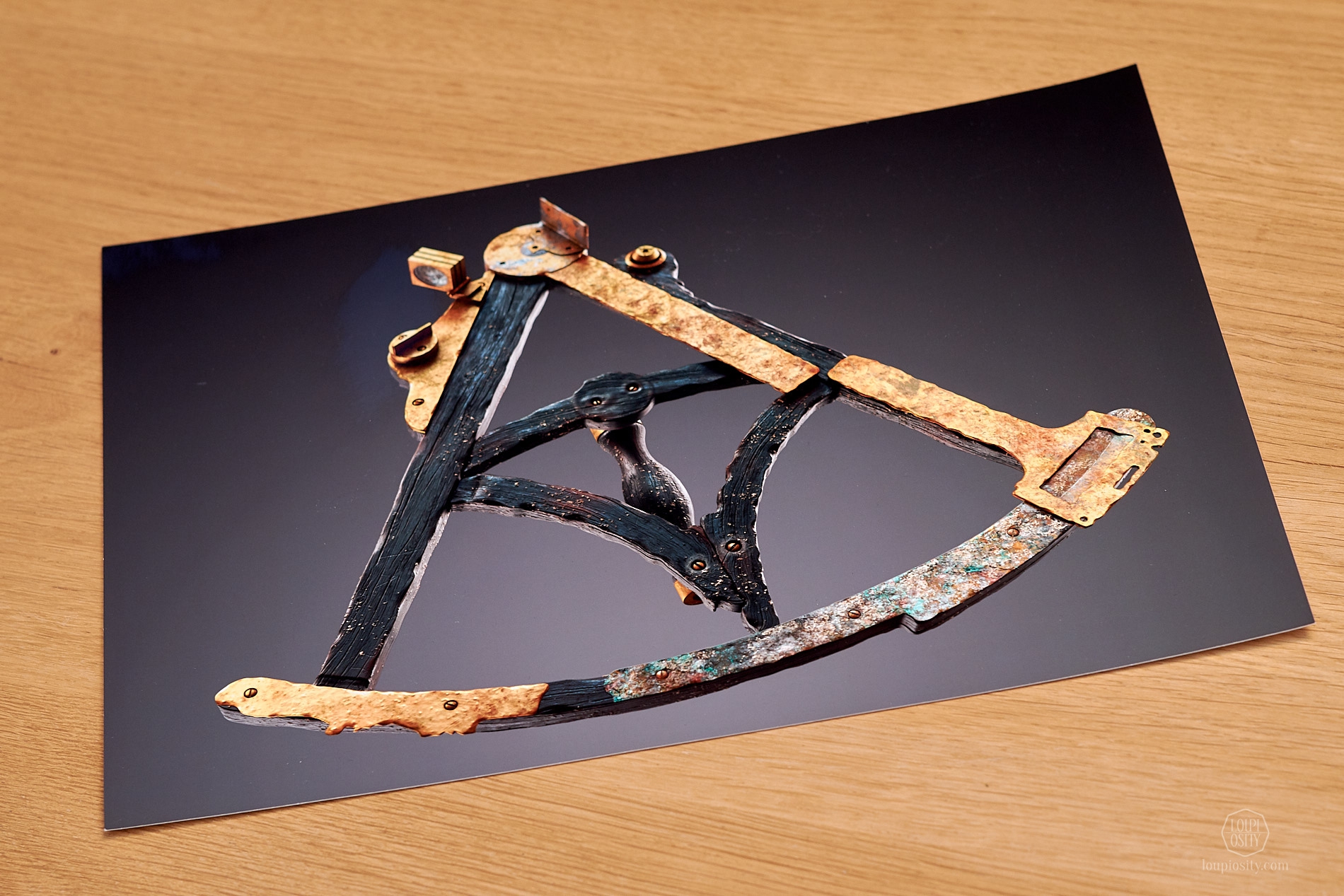 The ship had five Ferdinand Berthoud marine chronometers on board, which are still underwater. As a tribute to these the manufacture introduced a limited bronze edition, each with a different patina.

In the last couple of years, bronze and bronze-toned timepieces have been very popular. The patina on the Ferdinand Berthoud cases look just so mind-blowingly different. The bronze alloy was chosen for its capacity to acquire a distinctive patina. The colours of the five unique watches are a result of varying degrees of oxidisation. Being an alloy of various metals, the dermo-compatibility (no allergic reactions or discoloration on the skin) in compliance with the REACH regulations of the European Union had to be ensured. Every other parameter of the FB 1R, including the dimensions of the case (44mm in diameter and 14mm in thickness) remained intact.

Three of the five pieces were presented in Basel: a bronze with greenish patina, another with a chocolate brown hue and the third with a slight reddish-purplish tint. As we’ve heard, they’ll find their new owners very soon… 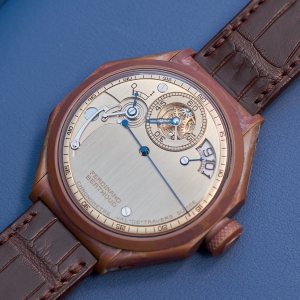 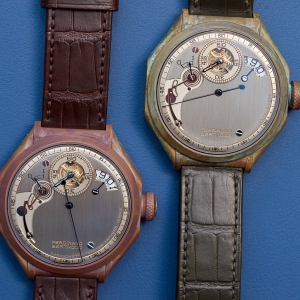 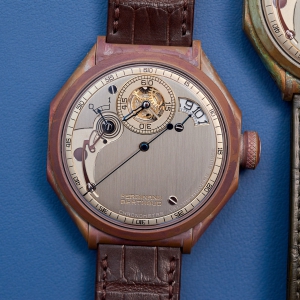 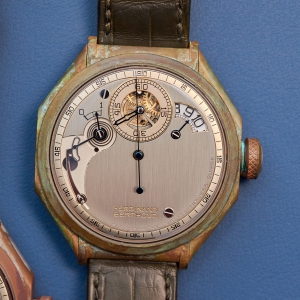 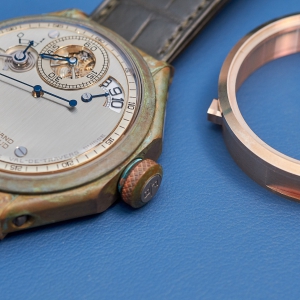 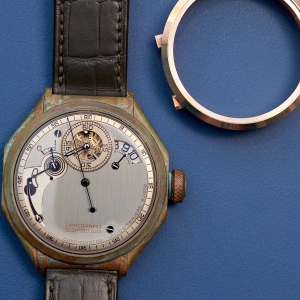 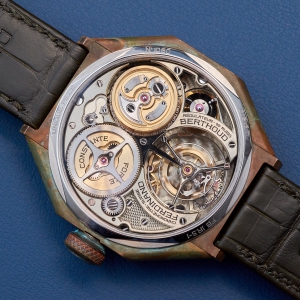 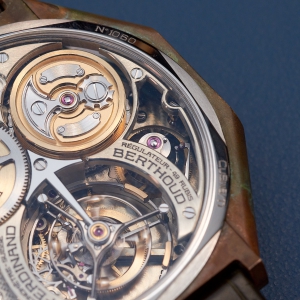 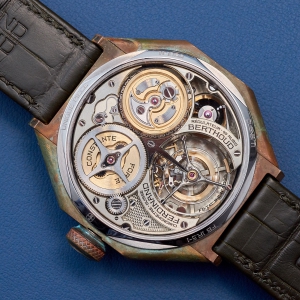 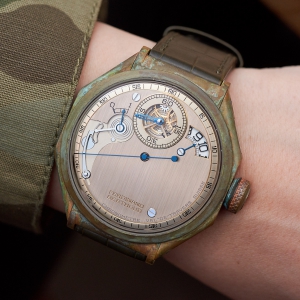 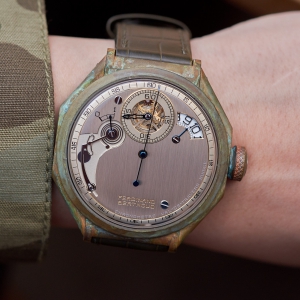 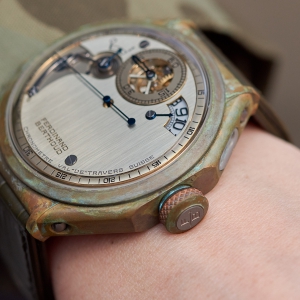 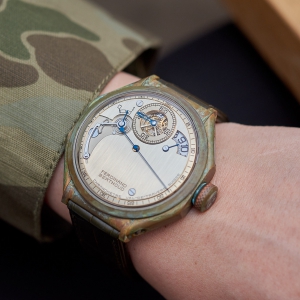 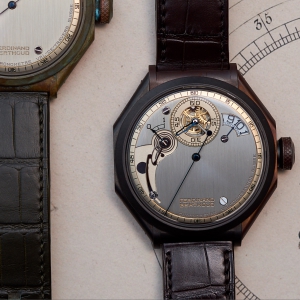 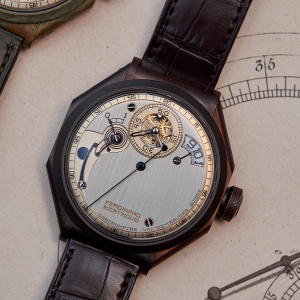 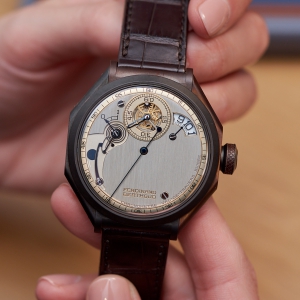 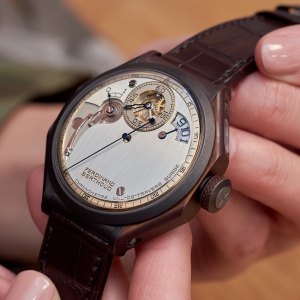 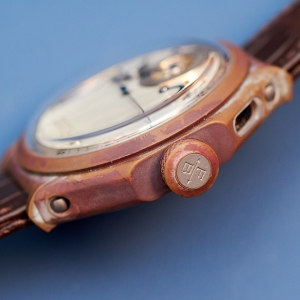 'Oeuvre d’Or' by Ferdinand Berthoud To the SIHH, Chronométrie Ferdinand Berthoud brought 'Oeuvre d’Or' limited editions of the FB 1 with patinated gold dial. Look at this beauty!Time Æon Foundation Time Æon is an initiative aiming to save the soon extinct traditional watchmaking know-how that once shaped timepieces. At the SIHH 2019 we spoke with David Bernard, director of the Time Æon Foundation about their past and future projects.URWERK - Geneva Watch Days For the Geneva Watch Days, URWERK set up in a beautiful suite with a lakeside view at the Beau-Rivage to introduce their latest novelties. We saw the unique UR-T8 Raptor piece and the EMC Time Hunter Desert Sage.