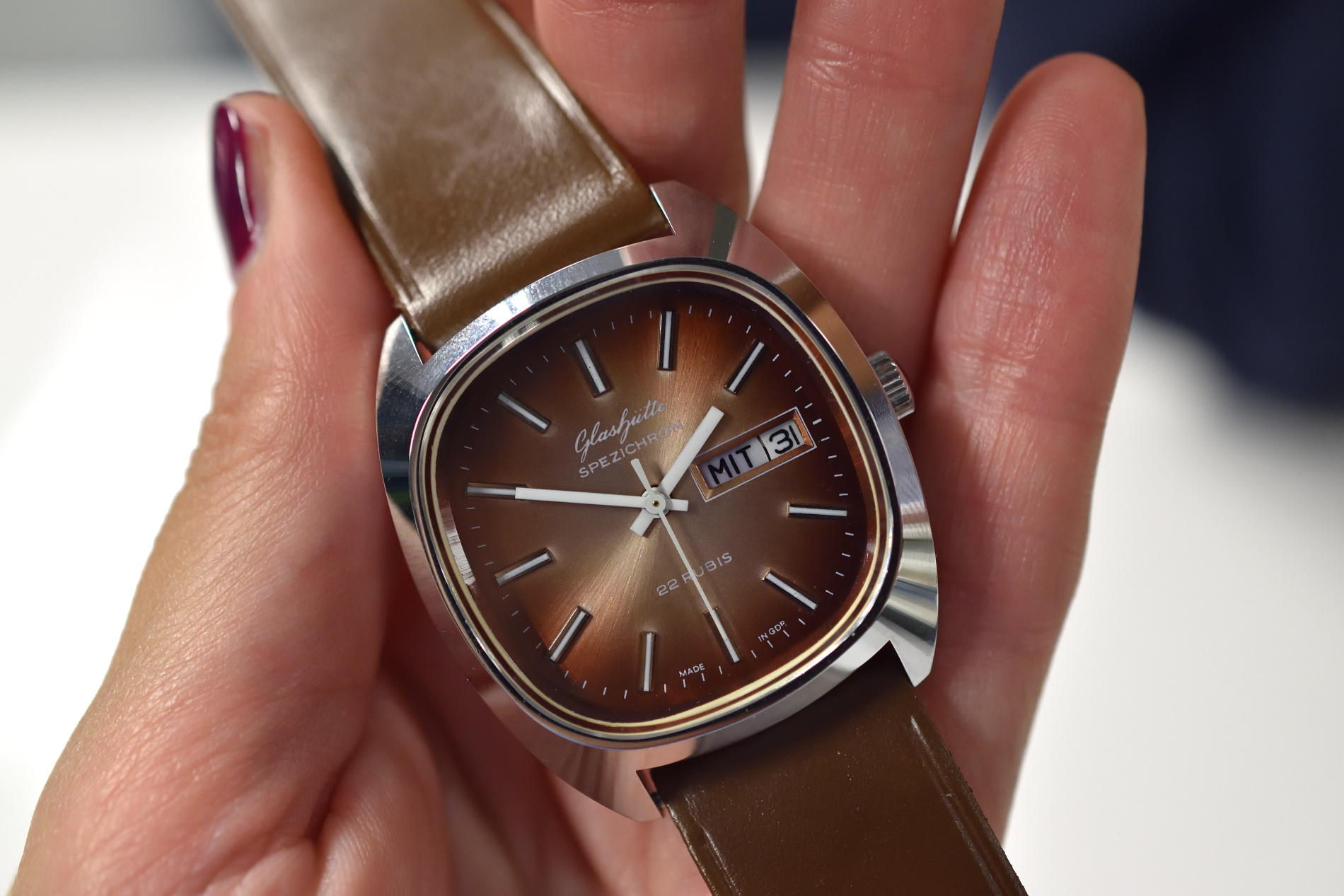 Starting with a handicap, the German fine-watchmaking industry offers a competitive package to connoisseurs, characterised by a distinct style and top mechanical performance at a reasonable price. As a curious guest of Glashütte Original I discovered the creative town the company calls home and their manufacture.

In the first part we discussed the history of watchmaking in Glashütte and how the company invites all their visitors to peek behind the scenes. In this article we continue with a 2016 movement which was a milestone for the brand and look at models from their Museum.

In 2016, Glashütte Original presented a new milestone in the evolution of their movements, the Calibre 36. It was designed to be a rock solid base movement with properties that put GO in a very competitive position against other contestants: increased efficiency and running time, serviceability, precision and immaculate aesthetics. (You can find more about it in our previous article.) 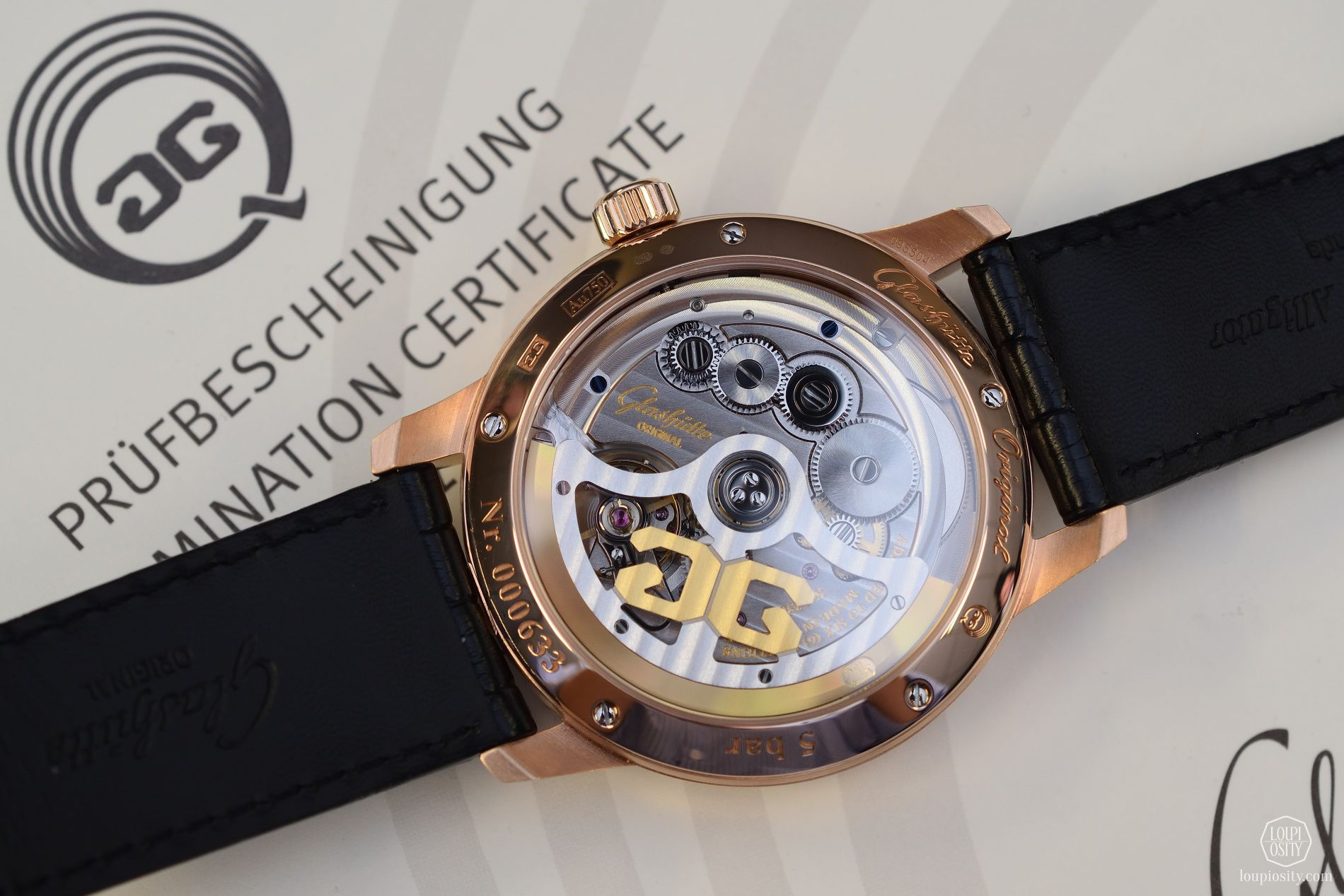 In the manufacture we were given an overview about the calibre and how they achieved these characteristics. What I found particularly interesting was the level of transparency to customers. It is not new that watch companies would test the pieces for hundreds of hours prior to selling them. However, it is not common to announce these results. Ever since the Calibre 36 emerged, timepieces purchased with these movements receive an individual certificate with a summary of how the actual piece performed on the tests. What’s more, following a registration on Glashütte Original’s website, owners can see the results down to every single detail. 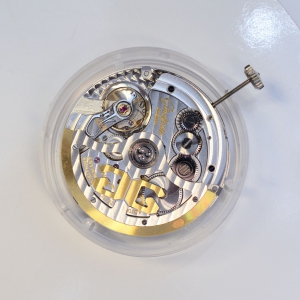 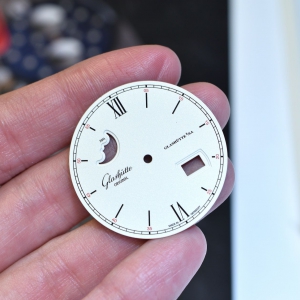 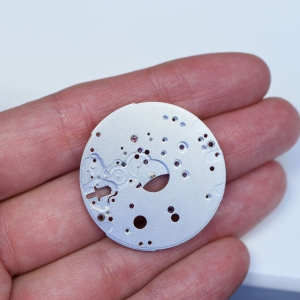 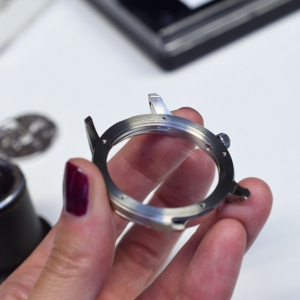 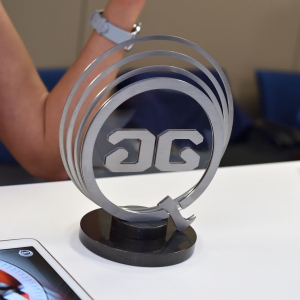 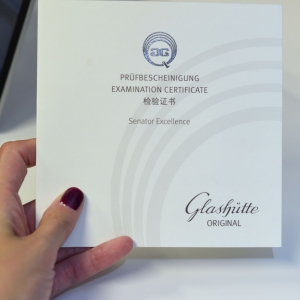 The old school building hosts the Museum – how could you wish for more authentic surroundings? The building has been standing in the valley since 1881 and served watchmaking students and teachers until late 20th century. It was extended in 1923 to cope with the growing demand for students and rebuilt following a fire in 1973. In 2006 the “Glashütte German Watch Museum Foundation – Nicolas G. Hayek” acquired it through Glashütte Original backed up by the Swatch Group in order to furnish a museum dedicated to this industry. The building was extended and finally opened in 2008 – since then it operates as a museum for the public and it also hosts the Alfred Helwig Watchmaking School.

In spite of the restructuring and the changing business models, watchmakers in Glashütte produced quality timepieces. One of the missions of the Museum and Glashütte Original is to recover old timepieces born in the city. A team is dedicated to finding the related information in the archives and restore the piece true to the original.

The first 100 years of watchmaking in the region coincided with much discoveries happening on the seas and remote lands. They were made possible by the emergence of the steam engines – it took the brave to lands never seen before. Naturally, as navigators used chronometers, there was a constant need for those as well as smaller observation watches. Marine chronometers are more robust and they serve on the deck, the latter is a handheld backup to the marine chronometer – more of a pocket watch sized device. Saxony supplied not only to the German Imperial Fleet (founded in 1848, just three years after watchmaking started in Glashütte), but also abroad. Amundsen had marine chronometers on his explorations to the Poles at the onset of the 20th century, but even the British who invented the genre of marine chronometers, sourced the devices from Glashütte – Germans simply produced quality at a more reasonable price. Since ship making was booming and as more instruments were needed for each ship, the thirst for these was unquenchable. 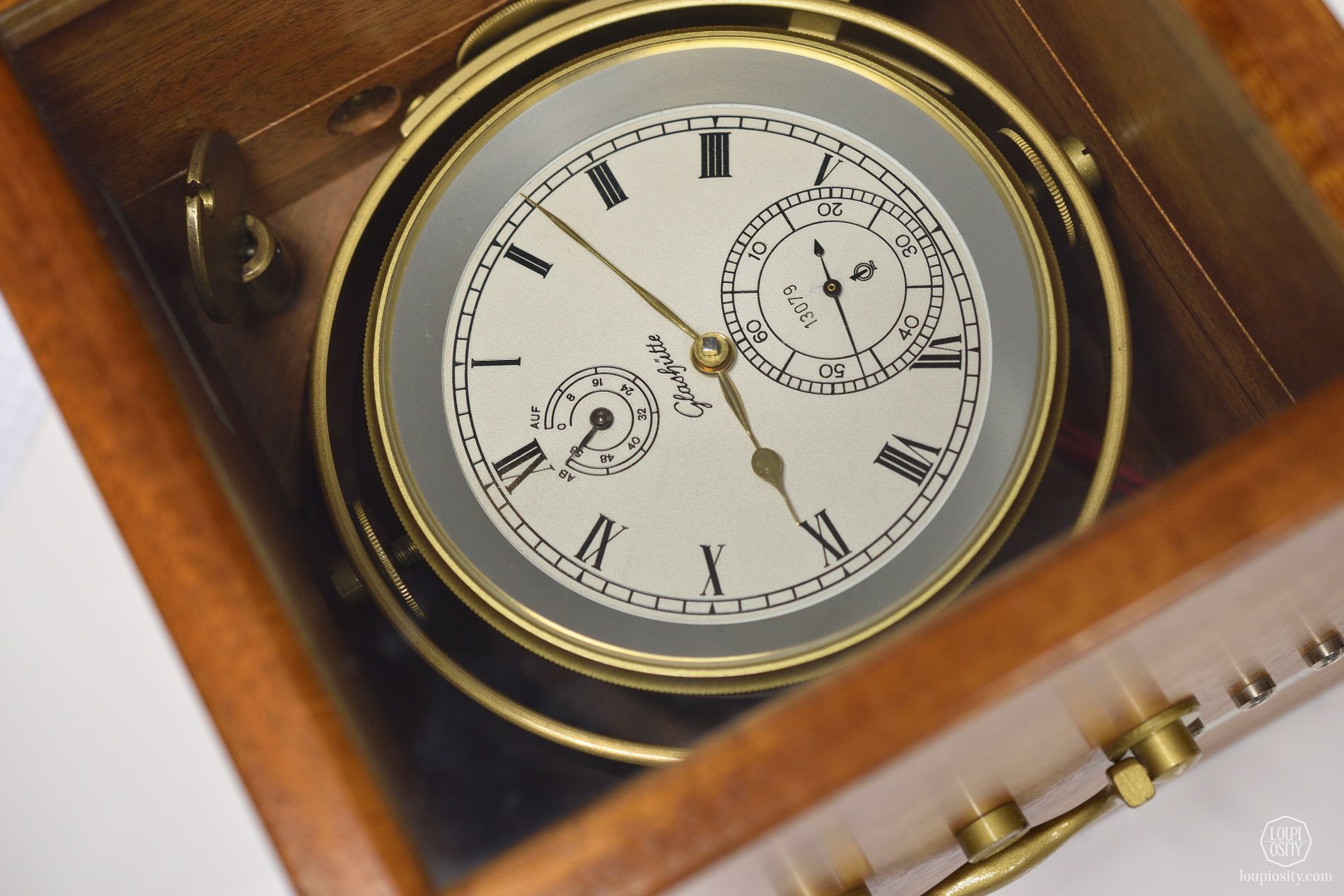 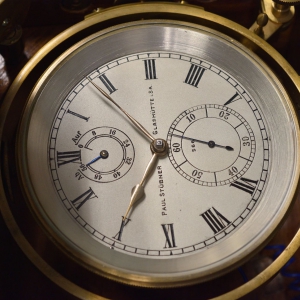 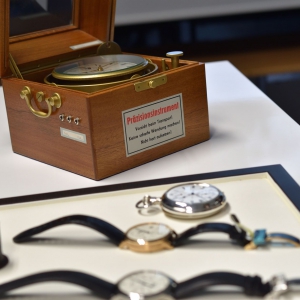 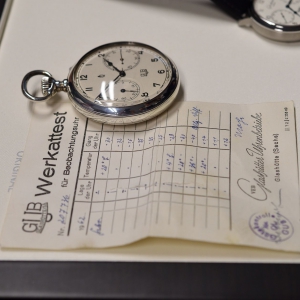 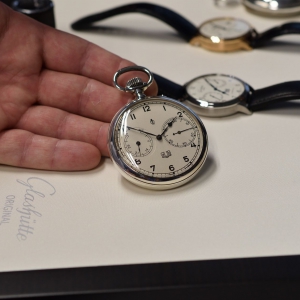 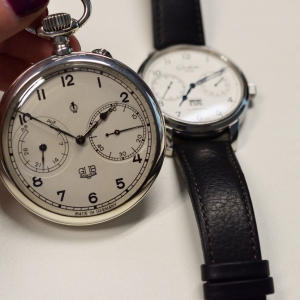 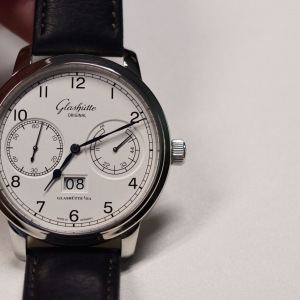 GUB produced some iconic models during the 60s and 70s, some of which we could touch and feel in the workshop. These (and the chronometers too) have inspired the contemporary models of Glashütte Original. An all-time favourite of mine is the Sixties and Seventies collection, which captures the essence of the 50 year-old models and reinterprets shapes and colours in a contemporary style. The interesting dials come from the “Golden City” of Pforzheim, where GO acquired a local company to cast those amazingly decorated watch faces.

The company not only restores the pieces they track down and own, but this is offered as a service to the public, too. If you happen to recover any vintage models that were made in Glashütte, you can get the professionals to take a competent look at it and provide a proposal for restoring it to good working order.

By visiting them in Saxony, I got to know Glashütte Original from a different angle. Based on our previous encounters I had an unconscious association to GO being more of a classical brand that does its job on a very professional level and would never be harsh nor too intimate. They would be technically advanced, reserved in designs and economically reasonable. This is very much still valid, but the fact that this time we met in their “alma mater” and not in an exhibition booth, revealed an interesting human face of the brand. I felt a very positive environment and saw happy individuals behind the workbenches. In spite of the vast competition, these people know that their collective genetic desire for precision and sense for clean designs create something very much German, which has its dedicated fan club. In many ways (eg. how GO puts transparency on the flag) they are rather unique and hopefully trendsetter. Regardless if you are a club member already or not, I encourage you to get your ticket to Saxony and let yourself be amazed by inside and outside the manufactory. You will be welcomed in both. 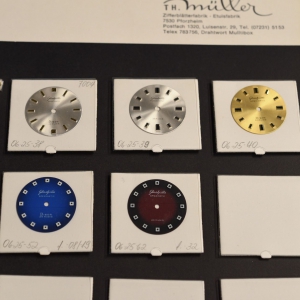 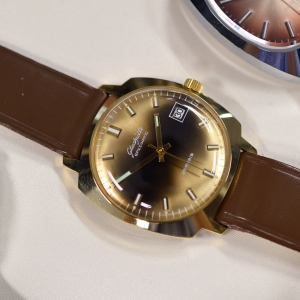 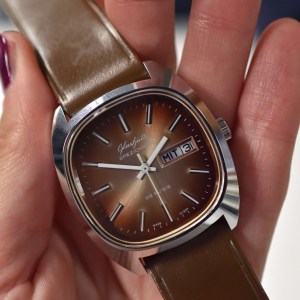 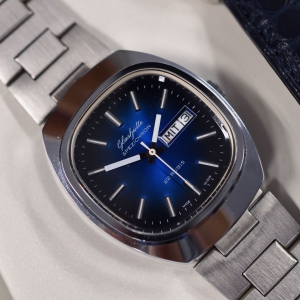 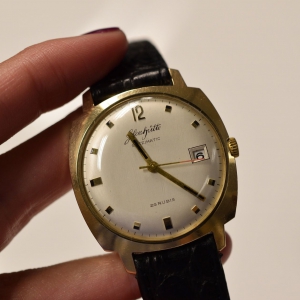 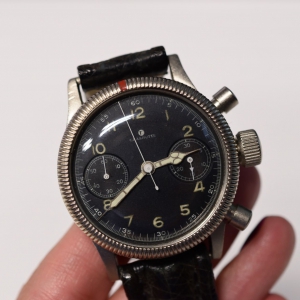 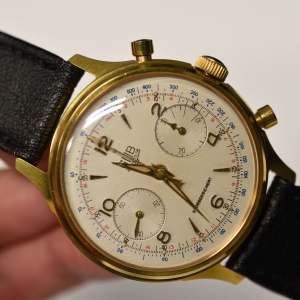 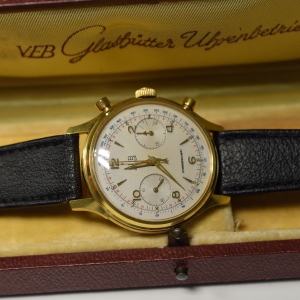 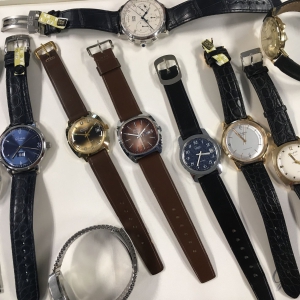 Interested in few contemporary models too? Check out our selection here.

NOMOS Glashütte Tangente neomatik platinum gray NOMOS Glashütte just released the Tangente neomatik platinum gray, available in diameters of 35 and 39 millimeters – an elegant new addition to the most successful watch line by the German brand.Equal Pay Day at Nomos Glashütte This March sees the International Women’s Day and the Equal Pay Day in Germany—both serve as reminders that discrimination still exists. Approaching these, NOMOS Glashütte invites all to improve gender equality by setting an example themselves.Piaget Altiplano Ultimate Concept Tribute The creation of ultra-thin timepieces has been part of Piaget’s know-how for a very long time. At Watches and Wonders 2022 the Manufacture presented the new Altiplano Ultimate Concept Tribute - a unique piece, celebrating the first AUC prototype born on 7 February 2017.