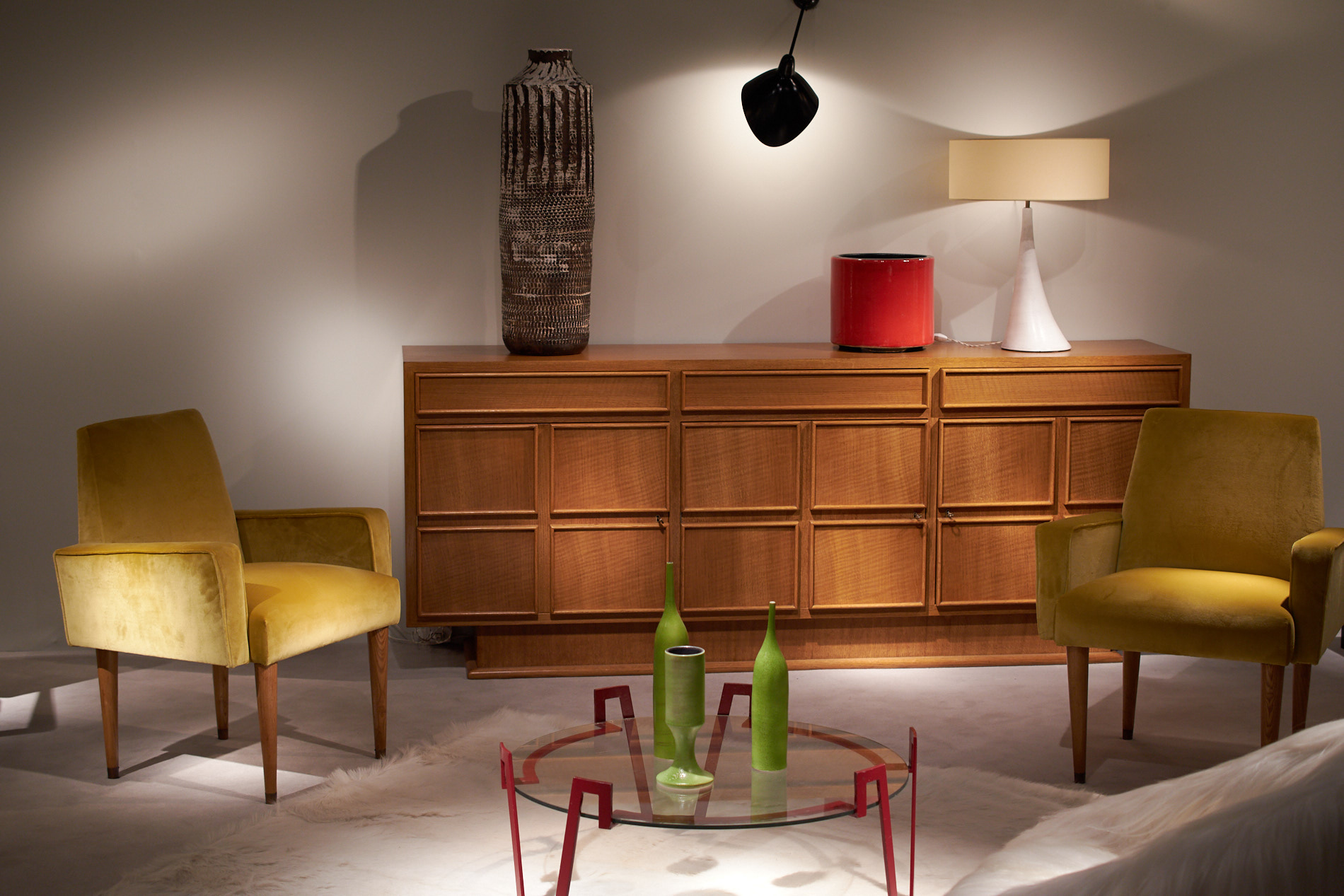 If you prefer smaller and more intimate events as opposed to the big fairs in the breath of Frieze, head to Berkeley Square. With its 67 exhibiting galleries, PAD London welcomed the lovers of contemporary, modern and tribal art, historical design jewellery and antiques between 2-8 October 2017. My London art days continued in the PAD tent set up in the lush city park.

Started off in 1996 as the “Pavillon des Antiquaires et des galeries d’art” in Paris, for 11 years PAD has been organized in London too. The original antique concept has been broadened with contemporary and modern pieces too. Not just the event, but its name went through some transformation and today PAD stands for “Pavilion of Art and Design”. The event calendar will be extended with a third location from 2018 as PAD Geneva was announced to take place at the halls of Palexpo just after the SIHH in February.

The PAD concept was founded by Patrick Perrin, the fourth-generation member of a French art- and antique-dealing family. The idea is to create a “Cabinet de Curiosités” filled with true style and eclecticism.

The so-called “Cabinet of Curiosities” was a kind of predecessor of today’s museums. Albeit collections were gathered even in ancient cultures, the Renaissance brought to life the first ever selections which were very similar to the modern definition of what a museum is. The Wunderkammer or curiosity cabinets were collections of rare, valuable, historically important or unusual objects.

The Cabinet contained 67 galleries (including 11 newcomers) this year with exceptional works of modern art, design, decorative arts, photography, jewellery and tribal art. The white tent of PAD London was set up on Berkeley Square. The town square in Mayfair in the West End of London is among my favourites, by the way. It was laid out by architect William Kent in the mid 1700’s and the protected plane trees are among the oldest in London, planted in 1789. It hosts glitzy events every year and the surrounding area is rich with luxury shopping stores, fine restaurants, auction houses (eg. Phillips), art galleries and institutions. 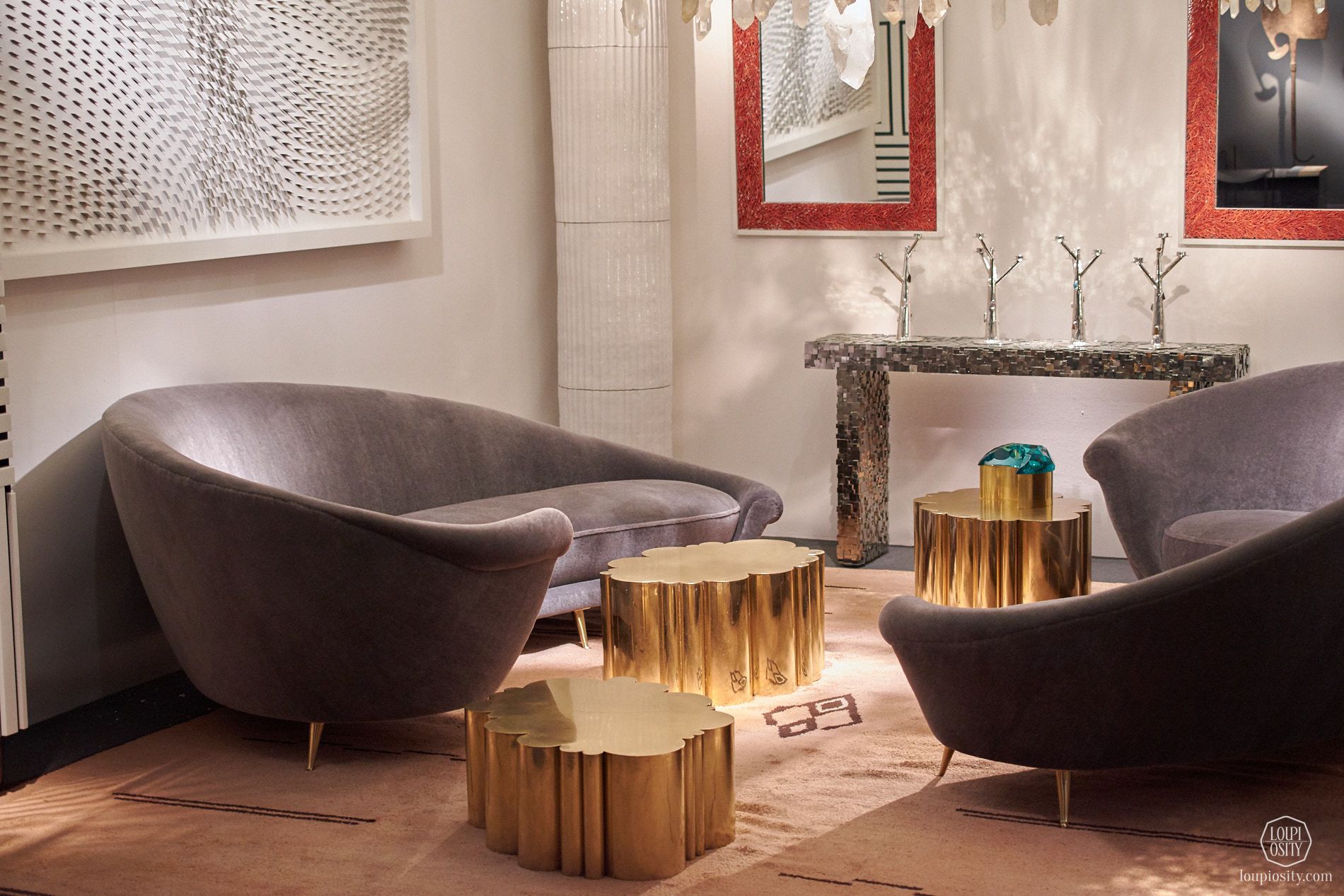 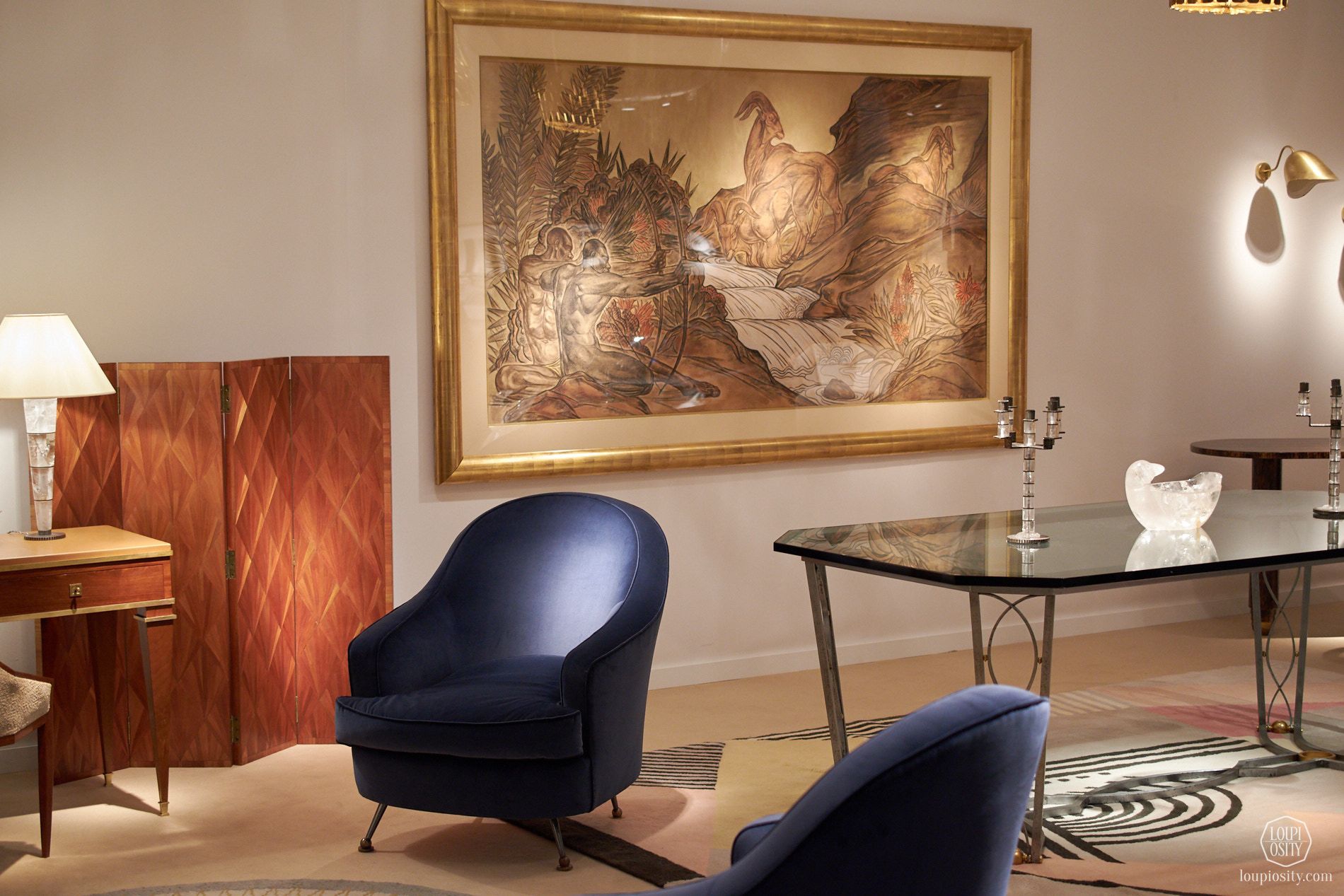 It was almost exactly a year ago when I visited the workshop of Hemmerle in Munich. Since then many great novelties were born that Hemmerle posted on social about and PAD London gave an excellent opportunity to finally see them live. Following a proper espresso, my morning on the VIP and press day started with Yasmin and Christian Hemmerle and their amazing jewels.

A necklace – perfectly matching to the orangy autumn leaves on the square – was my first to be tried on. The chain of the necklace is created with a special Austrian technique of knitting from the early 19th century. As Hemmerle describes, “each bead is hand-hewn and carved, hand-drilled, impeccably matched for colour, and often carefully calibrated and graduated to achieve a silky gem-mesh knitted in the round, on silk”. The artisans use this technique on bangles and long necklaces, often with a signature Hemmerle tassel or a special centrepiece, just like on this antique Javanese bronze necklace. This necklace was completed with a lively garnet gemstone. 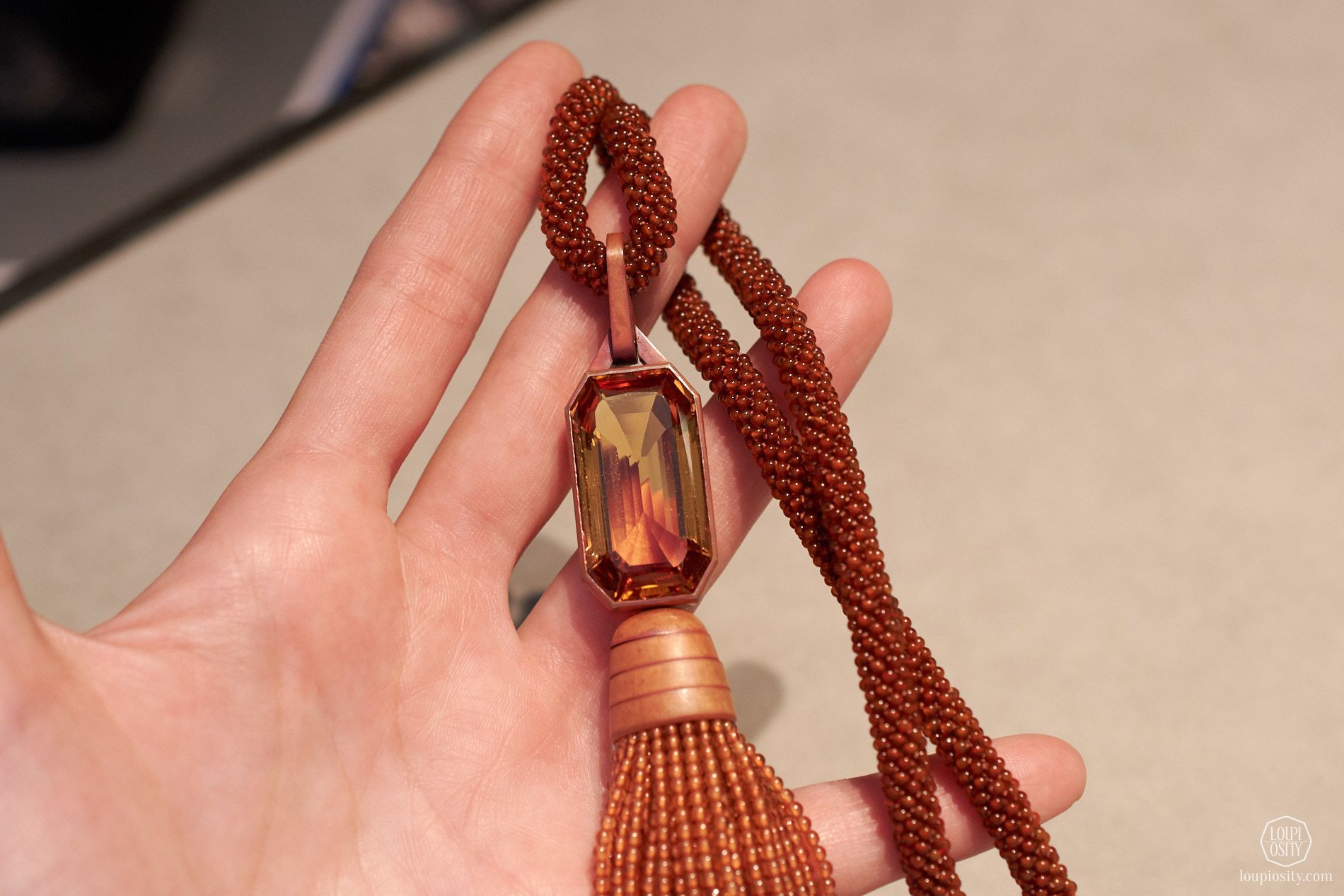 Nature inspires Hemmerle’s designs. I already showed you Hemmerle’s exceptional arthropod, the Tarantula brooch. At PAD, I met another one, the blue sapphire and diamond decorated moth. I never ever thought that an insect like this could be desirable, but this vivid blue winged moth brooch certainly is. Hemmerle chooses the gemstones with the right colour hues carefully; at the workshop they have a stunning range of diamonds and gemstones in different sizes and colour tones. Some of these gemstones are unbelievably rare and Hemmerle is very picky about quality, therefore sometimes it’s a long process to find the right stone to finish a piece. This was the case with a ring I tried on – the centre stone is very nice sapphire and the little tanzanite beads are a splendid match.

New earrings next, featuring tourmalines and demantoid garnets on silver and white gold. The shape reminds me of a gorgeous sun with the rays of the sunlight around the gem. 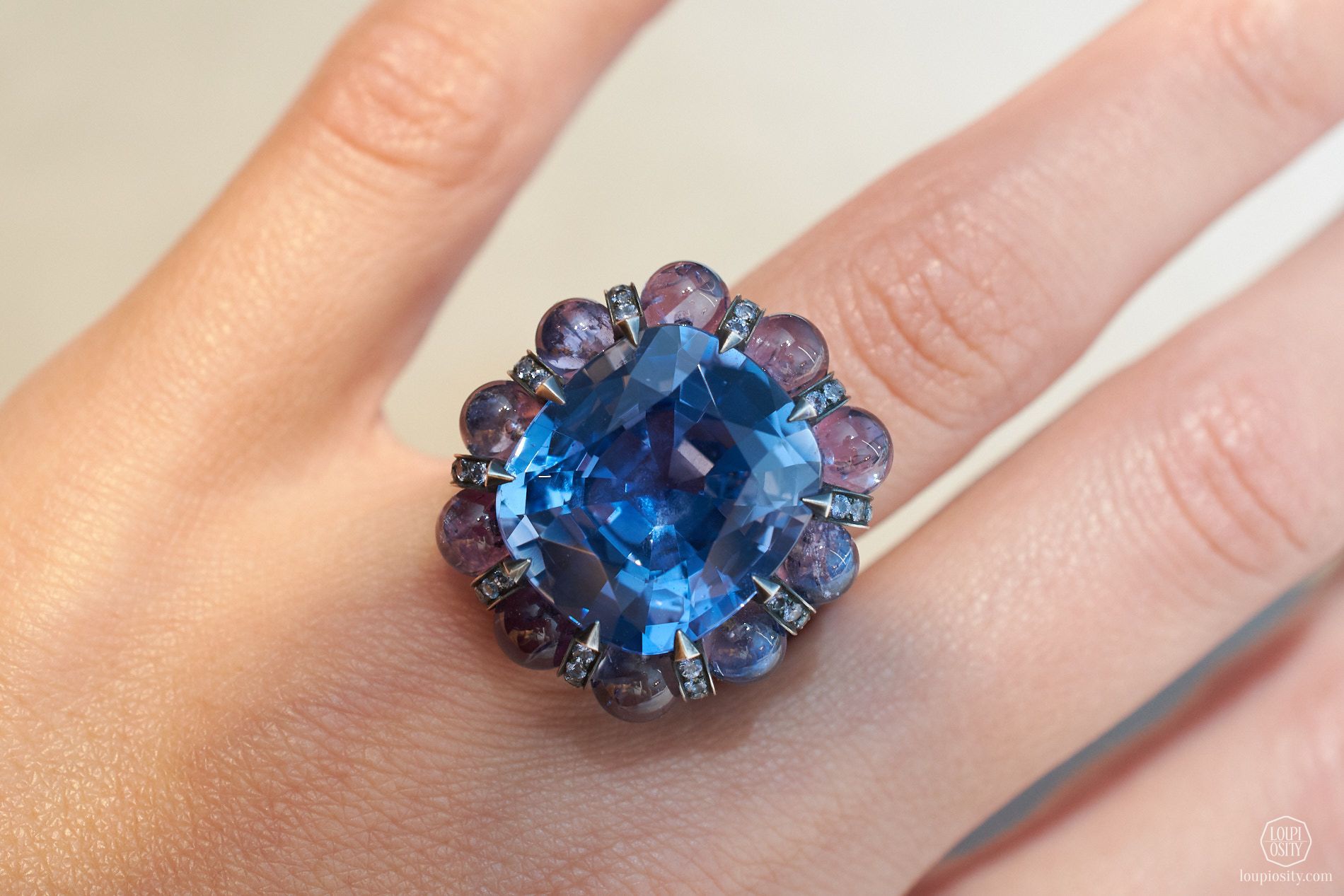 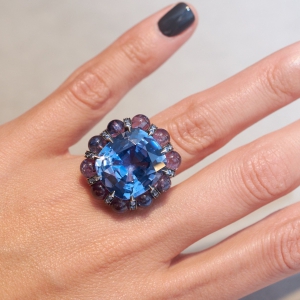 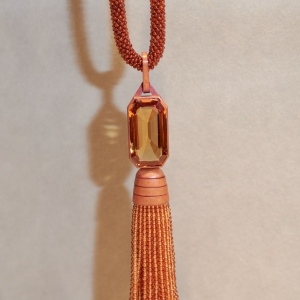 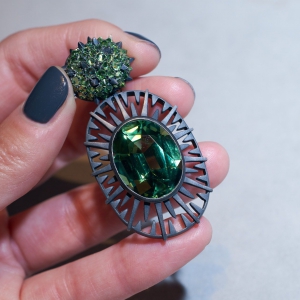 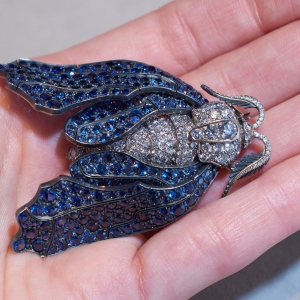 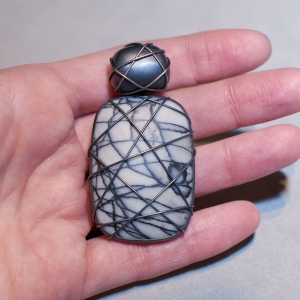 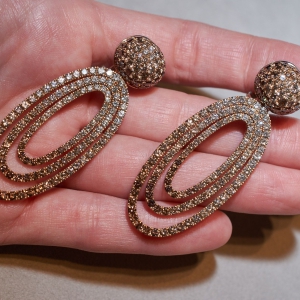 My first encounter with Siegelson was a few years ago, back then at Baselworld. Siegelson is a name that dedicated aficionados of classic jewellery pieces are well familiar with. The New York-based company was established in 1920 by Louis Siegelson and was specialising in watches and watch repair. Later, watches were complemented by a superb jewellery collection, encompassing the most exclusive pieces from French, Italian and American jewellery from the 1850-1960 period.

The founder’s grandson Lee Siegelson renewed their business. He set up a by-appointment-only salon at the Fifth Avenue, dealing with the finest gemstones, special jewellery and objects of art. Siegelson frequently loans exceptional pieces to museum exhibitions, most recently an Art Deco clock for the “The Jazz Age: American Style in the 1920s” exhibition at the Cleveland Museum of Art.

At PAD London the company exhibited beautiful jewellery and objects, like a rose quartz “Fleur” brooch from Suzanne Belperron, an aquamarine-diamond-enamel bracelet from Jean Fouque, coral jewels from Cartier or an Art Deco nephrite, lapis, coral and enamel clock from Boucheron. 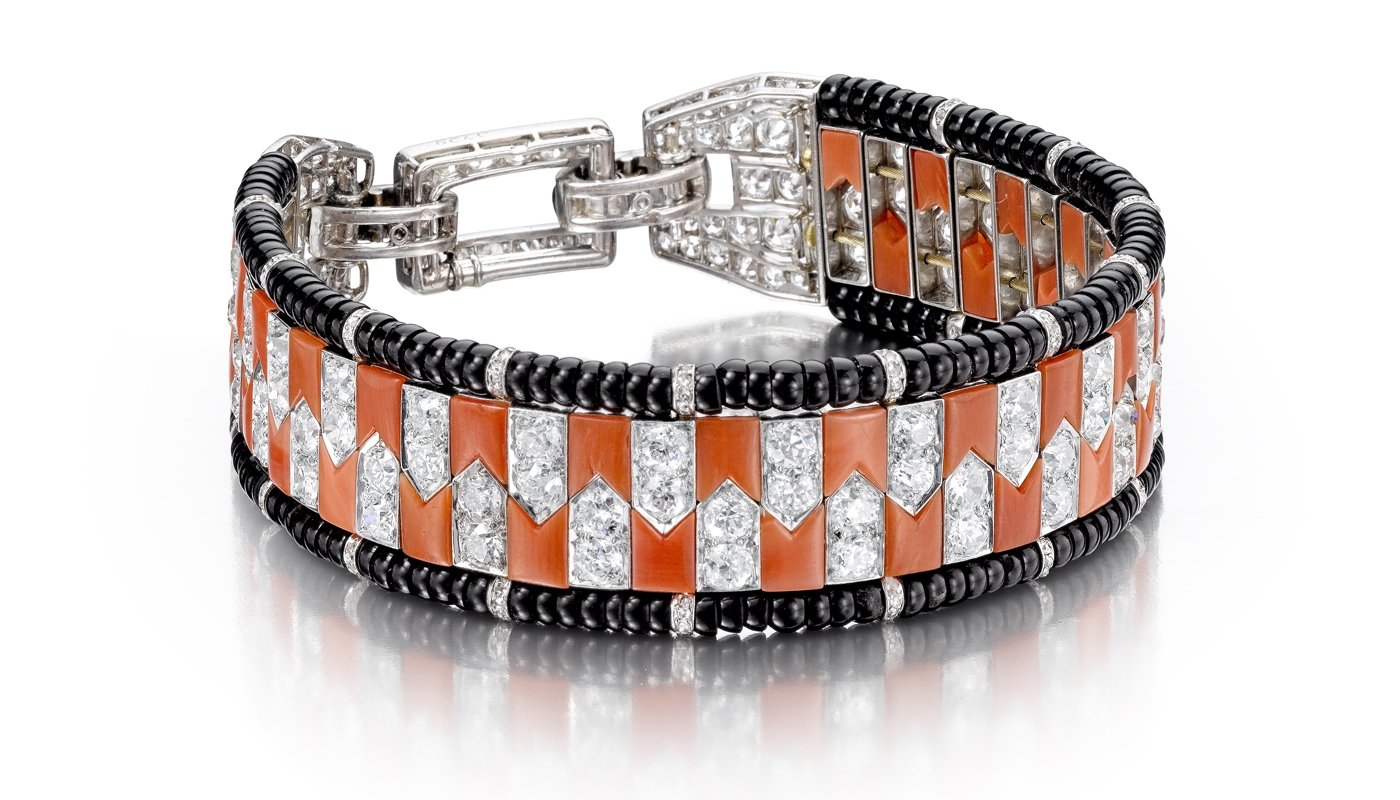 The Swiss jewellery designer Suzanne Syz was born in Zurich and educated in Paris. In the 1980’s, she moved to New York and became part of the exclusive circle of Andy Warhol, Jean Michel Basquiat, Julian Schnabel, Francesco Clemente and Jeff Koons. She began designing her own pieces in the mid-1990s. She uses ‘traditional’ jewellery gemstones such as sapphires, diamonds, emeralds or fine stones including spinels, tourmaline paraïba and tsavorites and often combines them with titanium, aluminium, gold and enamel. She also presented her work in a beautiful coffee table book, published by Assouline, the Art Jewels.

Her showroom is located in Geneva and is only open by appointment, but from time to time her works appear at pop-up stores (like the one she had this summer at the Four Seasons Geneva) or presentations and here at PAD, of course. Syz’s work is exclusively produced in Geneva by great craftsmen, and every piece she makes is unique. She is collaborating with artists, lately with the Los Angeles based contemporary artist Alex Israel. The collaboration consists of five one-of-a-kind jewellery pieces by Syz, each contained within a Frozen Yogurt jewellery box sculpture by Israel, made of painted ceramic and hand blown glass in an edition of 5. The boxes were inspired by The Bigg Chill, a marble and styrofoam sculpture of frozen yogurt of Israel. He named it after his father’s shop in Los Angeles; he cherishes nice memories of the time he spent there. 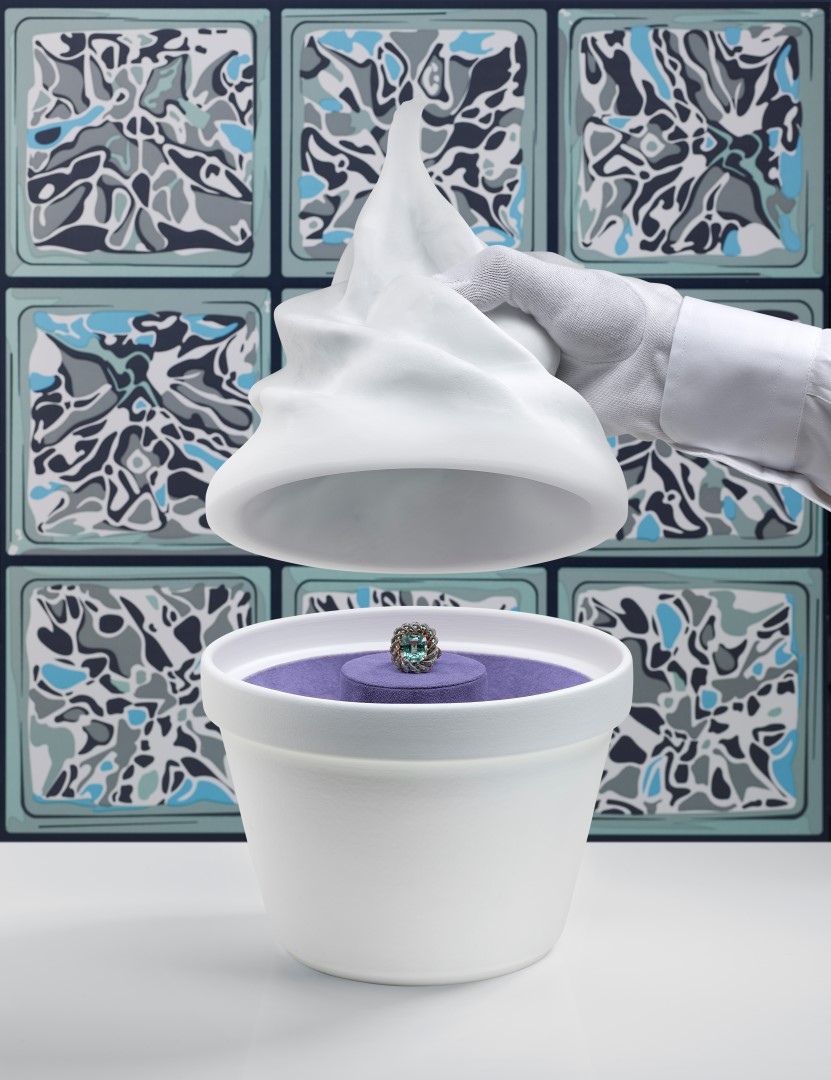 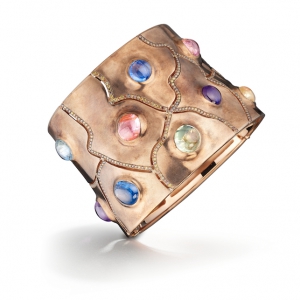 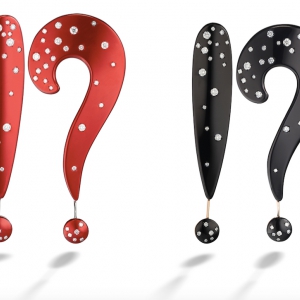 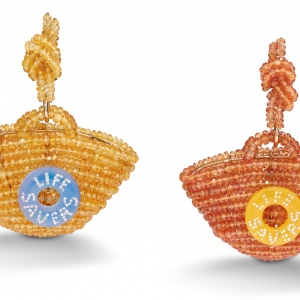 The London gallerist Louisa Guinness was born in Ireland and started her career in the finance world. In 2003, she organised an exhibition entitled “Past and Present: Jewellery by 20th-Century Artists” and since then she works with artists to create her own jewellery. She also accumulated an impressive collection of historic jewellery, including pieces by Pablo Picasso, Pol Bury (Belgian sculptor), Max Ernst (German painter) or Lucio Fontana (Italian painter, sculptor and ceramist).

She frequently commissions pieces from contemporary artists such as Anish Kapoor (the divisive Bombay born British sculptor, who also known for being the artist, who has acquired exclusive rights to the revolutionary Vantablack pigment, said to be the blackest shade of black ever created), Jeff Koons (we write about him more here), or Ron Arad (Israeli industrial designer, artist, and architect) and many more.

Victoria Beckham’s flagship Mayfair store will host an installation of work by Emily Young – known as one of the foremost sculptors in Britain today who also works with Louisa – at 36 Dover Street from 15th September – 13th October 2017, coinciding with PAD and Frieze London.

PAD London is over, but it is only few months until the first Geneva edition, which will take place in February 2018 within the framework of artgenève – see you there! 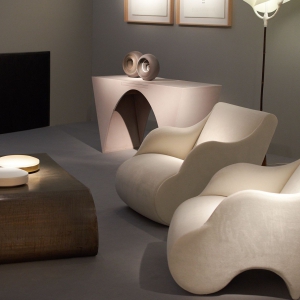 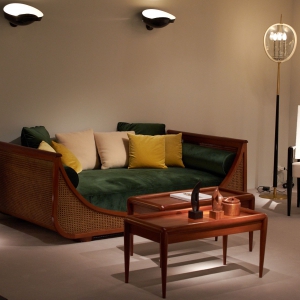 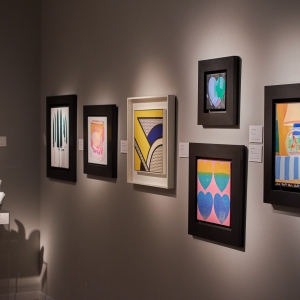 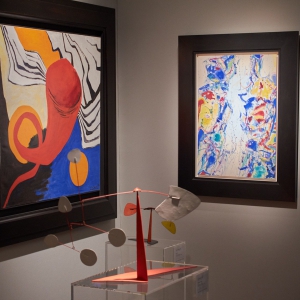 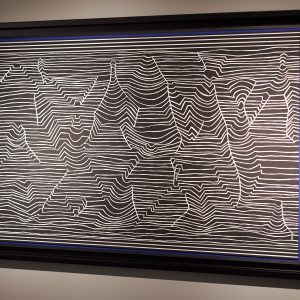 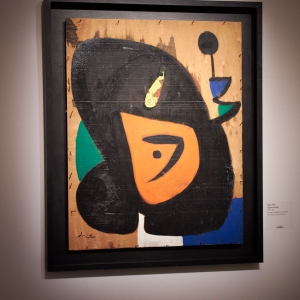 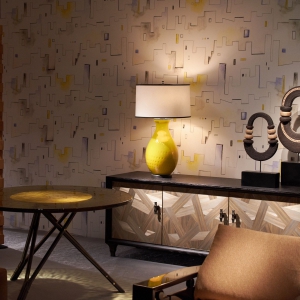 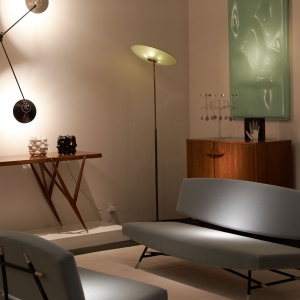 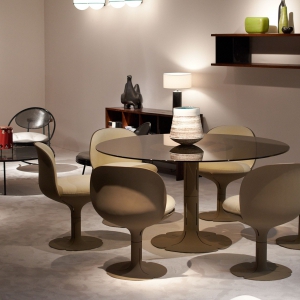 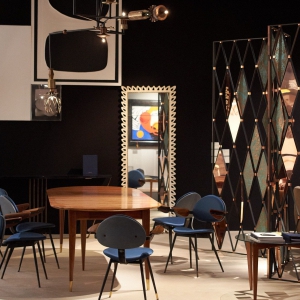 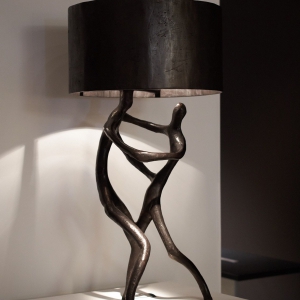 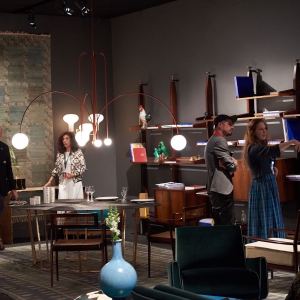 We visited other art shows this autumn. Check out our articles about viennacontemporary and the Frieze Week.

Photo credits: PAD, Siegelson, Suzanne Syz, Loupiosity.com. The photos were taken at the PAD London 2017. All images used for illustrative purposes only.
All registered trademarks are property of their respective owners.
All rights reserved.

The OAK Collection exhibition On 19 May, 162 vintage and contemporary museum-quality watches of the OAK Collection embark on a four-stop exhibition world tour from the London Design Museum (19-25 May). We sum up the 11 exhibition chapters and give you updates as we participate in the pre-opening ceremony on 18 May.Paris+ par Art Basel Paris+, by Art Basel is the newest fair for Modern and contemporary art, taking place October 20-23, 2022 in the French capital.Hemmerle at Design Miami/ Basel One of the most unconventional and most recognisable high-jewellery houses, Hemmerle exhibited for the first time at Design Miami/ Basel. Finally we got to see art, jewellery and design pieces in real life in Basel - so naturally, the booth of the Munich-based brand was the top on the list to visit.