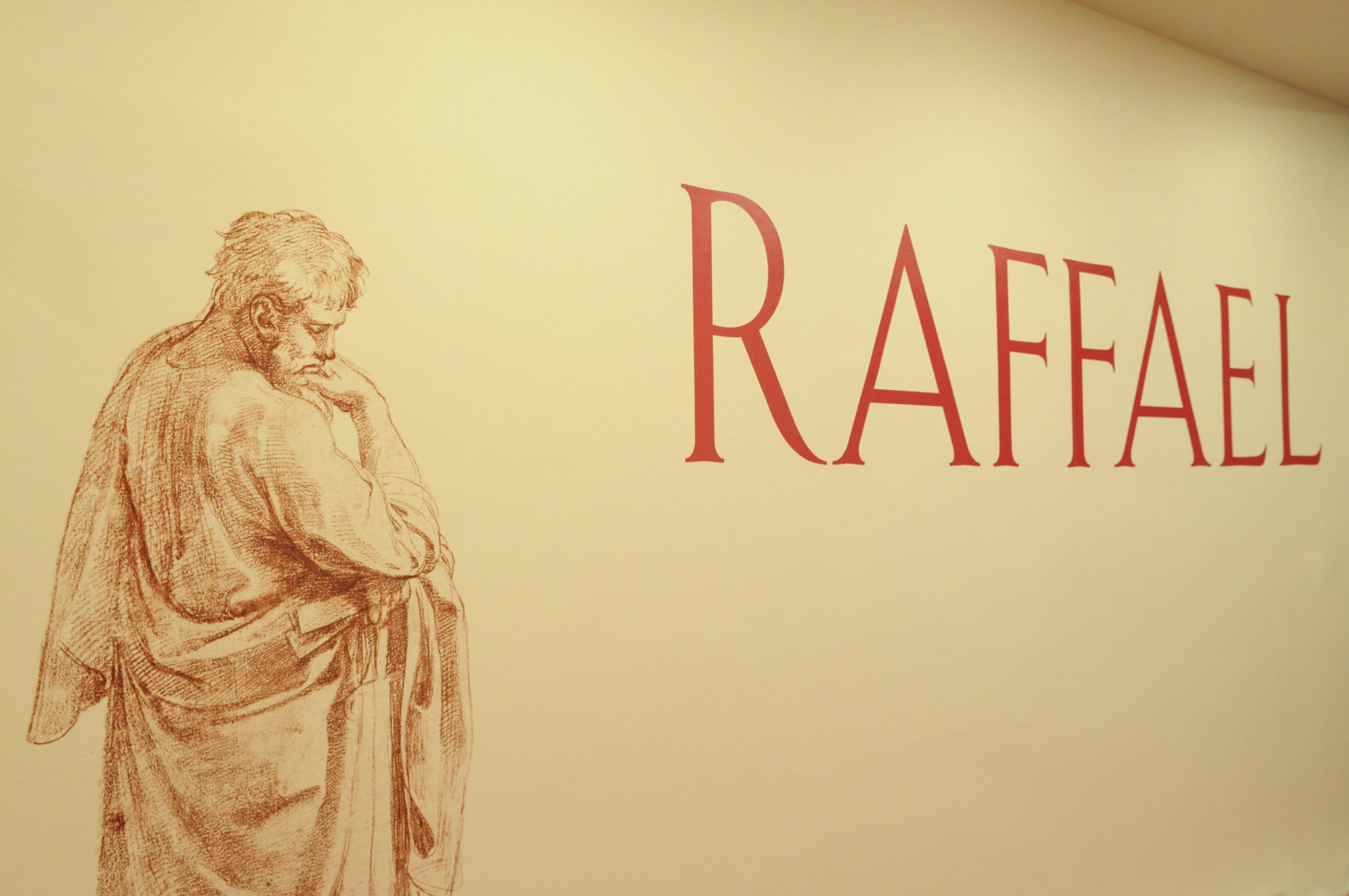 After multiple years of preparations, Albertina opened an exhibition this autumn about Raphael. With around 130 drawings and 17 paintings it covers the artist’s important projects: from his early Umbrian period (up to 1504) through his years in Florence (1504/1505–1508) until his Roman decade (1508/1509–1520). Strange as it may sound, the social media conference Albertina organized revealed an interesting link between Raphael and the digital aesthetics of the 21st century.

With their and innovative point of view, the great trinity of the Italian Renaissance, Leonardo da Vinci, Michelangelo Buonarroti and Raffaello Sanzio da Urbino left an unbelievably rich legacy. Being among the most important masters of art history, an exhibition like this is a tough job to organize. Pulling together almost 150 works by Raphael from all over the world took many years for curator Dr. Achim Gnann (Univ.-Doz. Italian art 15-19th century) and his team.

At the social media conference, he guided us with a very interesting and passionate introduction about the art of Raphael. 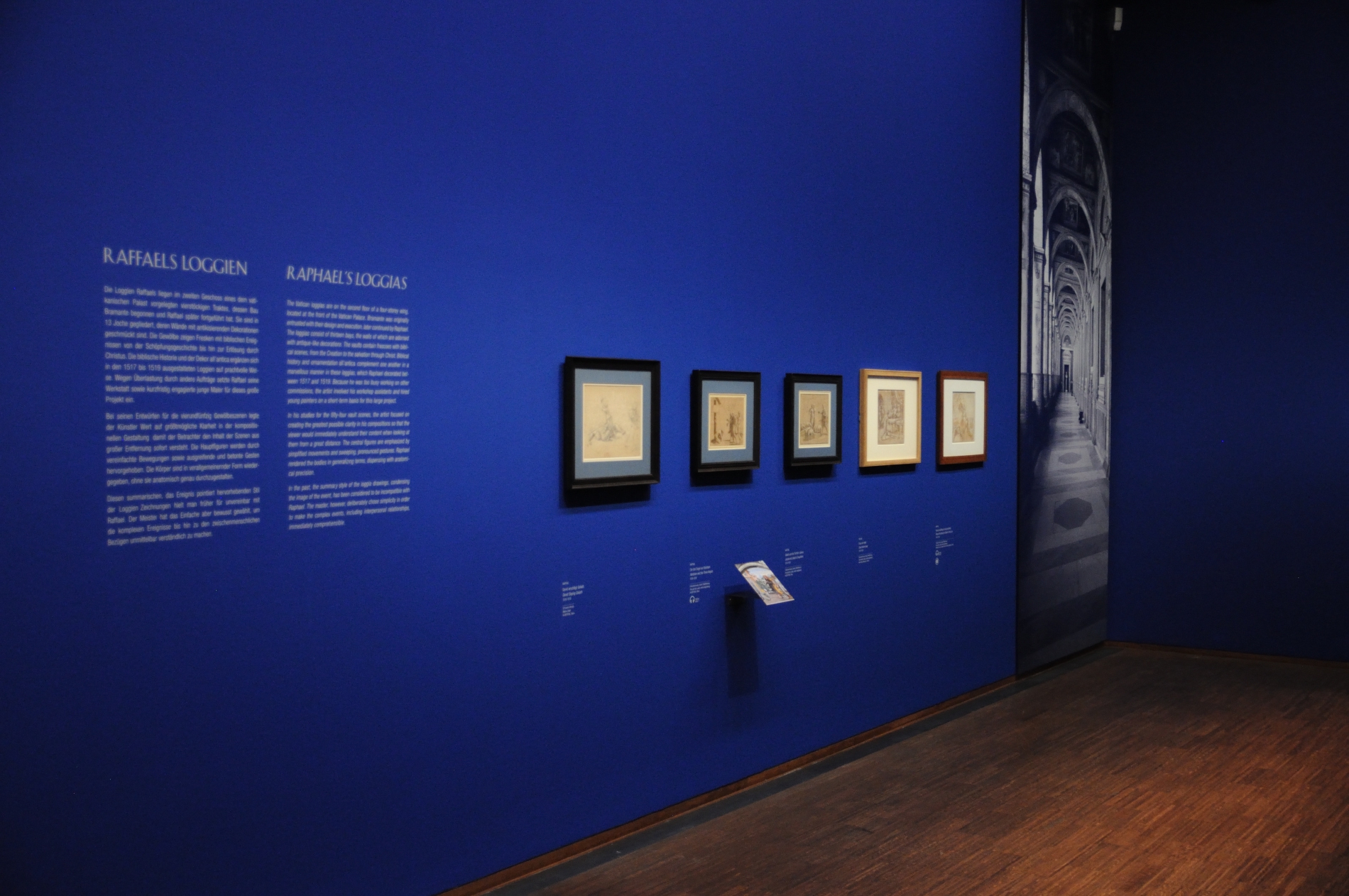 Raphael was not only exceptionally productive but he also had an interesting life. During my university years, I read the novel “The Gods of Gold are Cold” from Laszlo Passuth, Hungarian author of historical novels and translator. The book takes us to Raphael’s years in Rome when he worked on commissions from Pope Julius II and Agostino Chigi. The latter, “il Magnifico” was a banker and merchant, who built the palace and gardens later known as the Villa Farnesina, decorated by Raphael. He (together with his famous mistresses Imperia Cognati and later Francesca Ordeaschi) played a very interesting role in the life of Rome at that time and “developed one of the richest business houses in Europe, lending money to popes, administering church revenue, and spending lavishly on display and the patronage of artists and writers.” (Brittanica)

Raphael was born as Raffaello Sanzio da Urbino, in 1483, in Urbino. His father, Giovanni Santi was also an artist, whom Raphael received the first art lessons from. He was already an independent artist receiving his initial commissions by 1500. From 1508, he worked in Tuscany, particularly in Florence, where he became a noted portraitist and painter of Madonnas. The Madonna remained a dominant subject in the iconography of the Renaissance; throughout his life Raphael created many representations of the Virgin Mary: the Madonna Lactans (nursing Madonna), the Madonna Eleusa (showing mercy) or Madonna dell’Umiltà (sitting on the ground).
He created major works, like the “Entombment”, a central panel of a larger altarpiece in 1507 in Perugia for a noble lady Atalanta Baglioni in the memory of her son, Grifonetto. 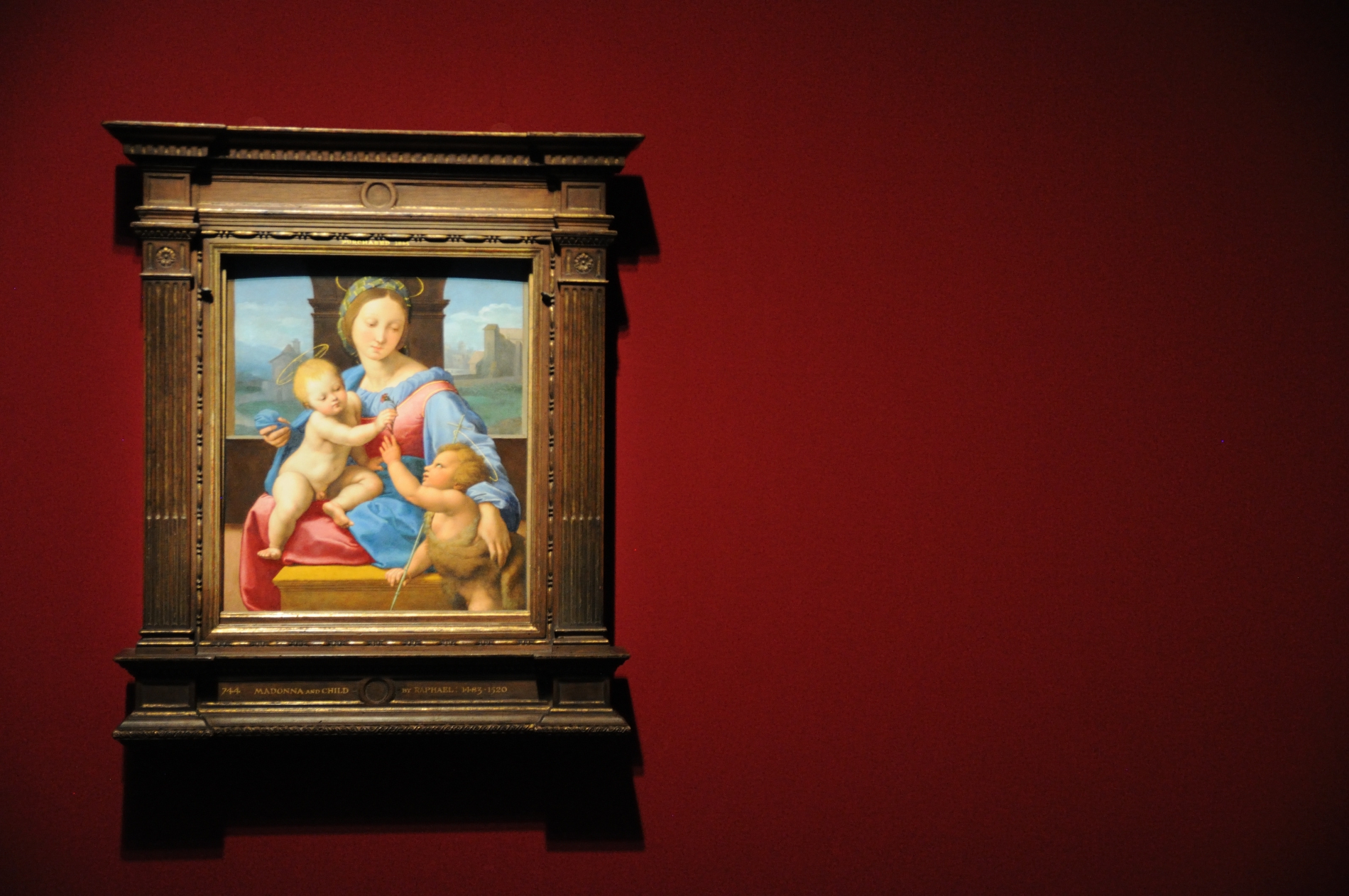 In 1508, at the age of 25, he went to Rome to produce even more grandiose works. He was summoned to the court of Pope Julius II and was commissioned to create the decorations in the Vatican Palace. There are four Raphael Rooms (Stanze di Raffaello) in the palace’s reception area filled with his frescoes. Agostino Chigi asked him to decorate his villa (“Triumph of Galatea” fresco) and the Chigi Chapel in Santa Maria della Pace, which has been preserved in near original form. The exhibition of Albertina includes four exquisite preliminary drawing studies he prepared.

From 1514-1517 he occupied himself with the decoration of the Stanza dell’Incendo for Pope Leo X (Giovanni de’Medici).
Another Medici, Cardinal Giulio de’Medici (later Pope Clement VII) commissioned the “Transfiguration”, Raphael’s last great panel painting. He worked on it until his death in 1520. The exact cause of his premature death is still unclear.

The Italian scholar and poet Pietro Bembo wrote about him on his marble sarcophagus in the Pantheon of Rome: “Here lies that famous Raphael by whom Nature feared to be conquered while he lived, and when he was dying, feared herself to die.”

Significance in the 21st century

Raphael’s impact on art history and on other artists is unquestionable. However, on our exhibition walk other interesting links were highlighted.

Raphael was a master of beauty and harmony. He observed and studied every little detail – the colours, the materials, the movements and postures. Yet, he liked to idealise them and lusted for the perfect composition, colour combination and unity.

He frequently used the pyramidal composition – placing figures in an imaginary triangle – to draw the viewer’s attention to a figure or to give an impression of stability (e.g: La Belle Jardinière – 1507, Madonna of the Goldfinch – 1508, The Sistine Madonna – 1512 or even in the Triumph of Galatea – 1514). His style changed over the years and he tried new techniques and new mediums such as red chalk, but we can say his approach was pretty consistent. 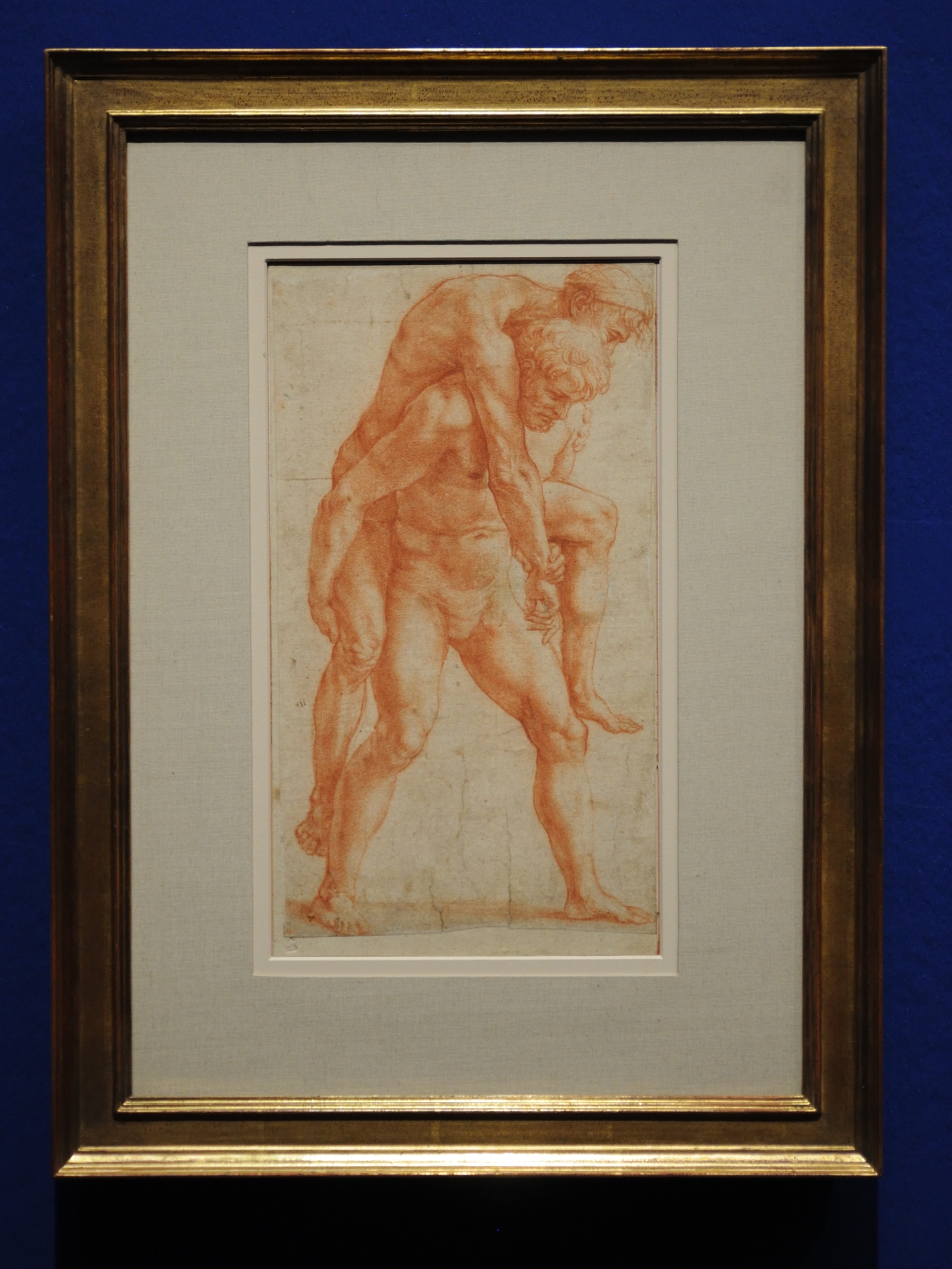 In the Renaissance the philosophical and ethical ideas highly regarded the values of the human being. In Italy the humanist approach won rapid acceptance. “The Renaissance artist’s perception of beauty was therefore determined by his philosophical environment, his visual experience (the ‘period eye’), the demands of his patrons and by attempts to enhance his professional status in society to equal that of poets and architects.” (Perceptions of beauty in Renaissance art – Neil Haughton, 2004)

Compared to for example the Venus portrayed by Botticelli, Raphael created much more lively, stronger and dynamic figures on his “The Triumph of Galatea”, but he still epitomised the idealisation of female beauty. If you would like to learn more about this topic, I highly recommend this video by Dr Beth Harris and Dr Steven Zucker.

Interestingly, Raphael’s works hold a mirror to today’s Instagram society, where everything has to be perfect, designed and composed to the extreme. The idealisation as an artistic intention emerges in different art styles from time to time (just like moving away from the ideals at other times). The tools are naturally different. Responding to the current needs, apps and photo filters blend the reality with the strokes of the imagination, yet we are clearly missing the talent and vision of Raphael. 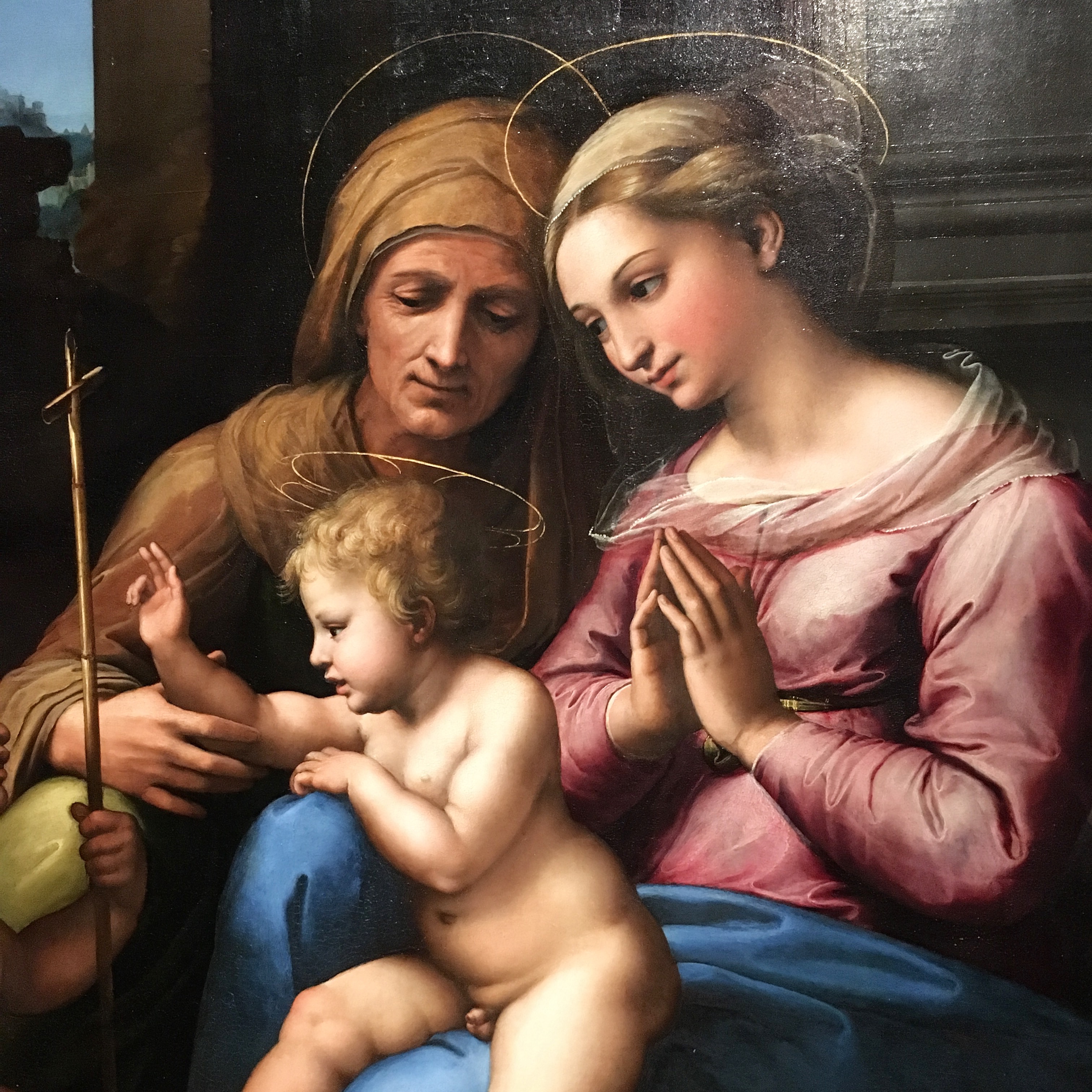 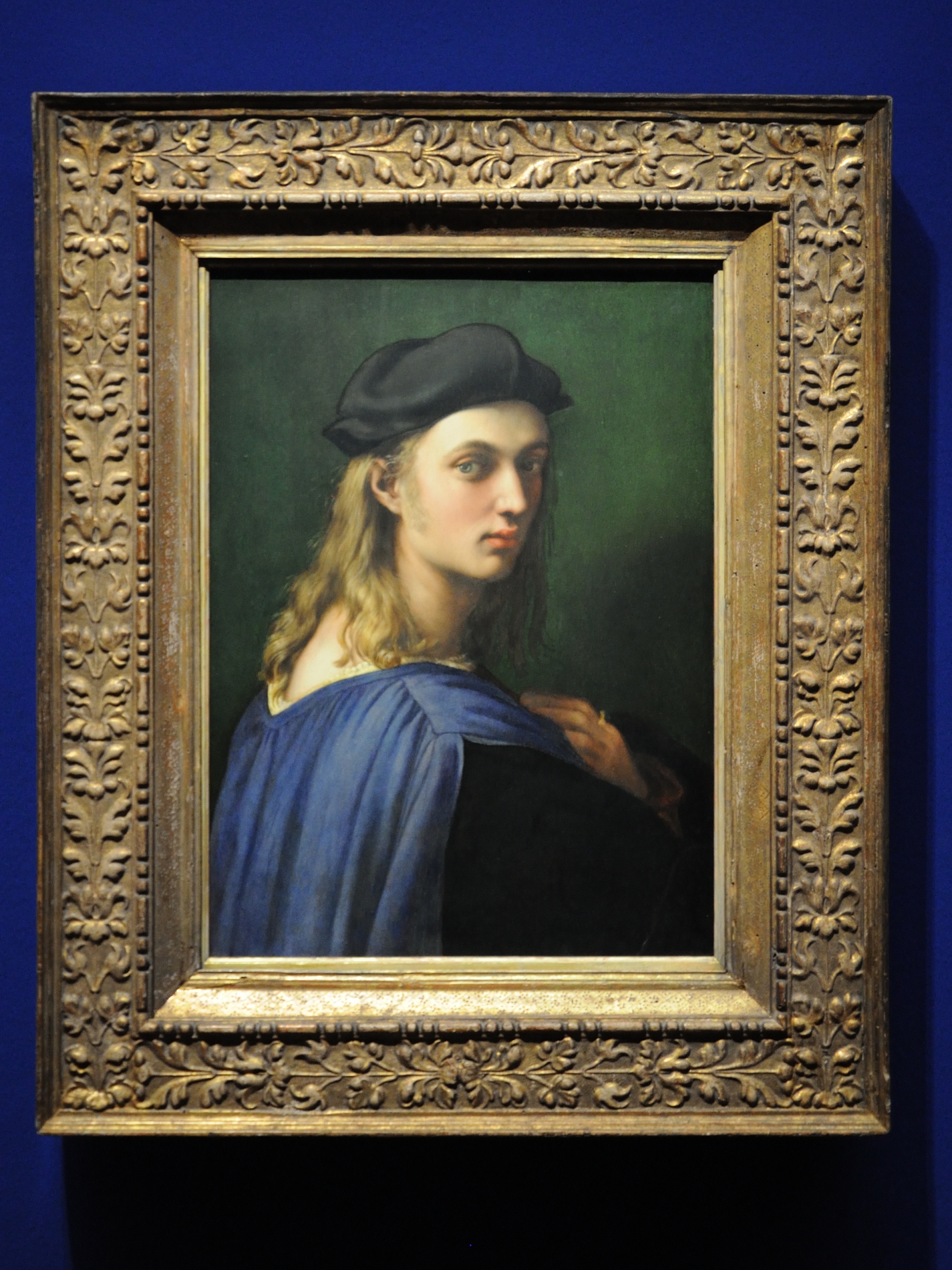 To our generation, his art showcased at Albertina represents the ideals of grace and harmonious balance. I realised just how much this is true at the museum, which was the last accord of a visually overloaded week: I loved the astonishing furniture, design and jewellery at PAD London, the thought-provoking images of the contemporary artworks at Frieze London, the harmony of Gauguin’s apples at Frieze Masters and the beautiful vintage timepieces at Phillips. Still, maybe none of them made me feel so visually comforted and relaxed as the figures Raphael. Being addicted to perfection, I admire his drive and eye for it. To me, Raphael’s oeuvre is universal and eternal.

The exhibition is open until 7 January 2018 at Albertina. Let me close with a quote from Dalí: “Have no fear of perfection, you’ll never reach it” – well, Raphael was damn close to it! 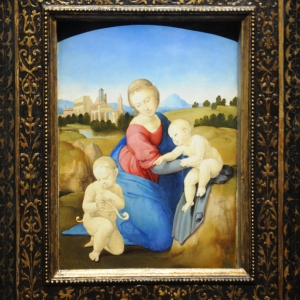 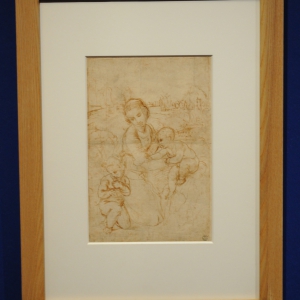 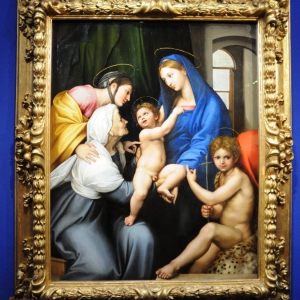 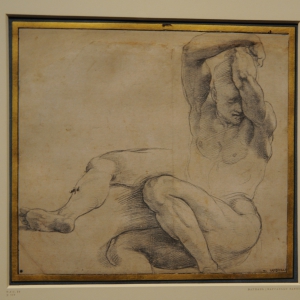 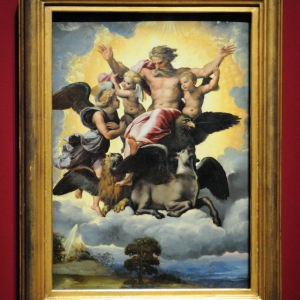 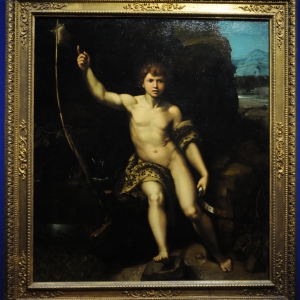 Brands and art at Art Basel 2021 Art Basel has a long-standing tradition of working together with well known partners and brands. Some of them are even dedicating significant resources to commission artists or art projects and either launching and communicating it at the fair or including the artist in the exhibition program. Now - as Art Basel 2021 is back with an IRL edition in Basel…Summer Blue(s) In the midst of this hectic year we all need some fresh air. We took this years Zenith novelties to a post-quarantine walk in Vienna. Come with us!FREYWILLE at Wiener Schmucktage Realising bold design ideas on enamel requires the mastering of firing techniques and many try and fail. FREYWILLE’s know-how extends to creating effects unusual on enamel, such as colour gradients and using an iridescent paint. We visited the manufacture during the Wiener Schmucktage.