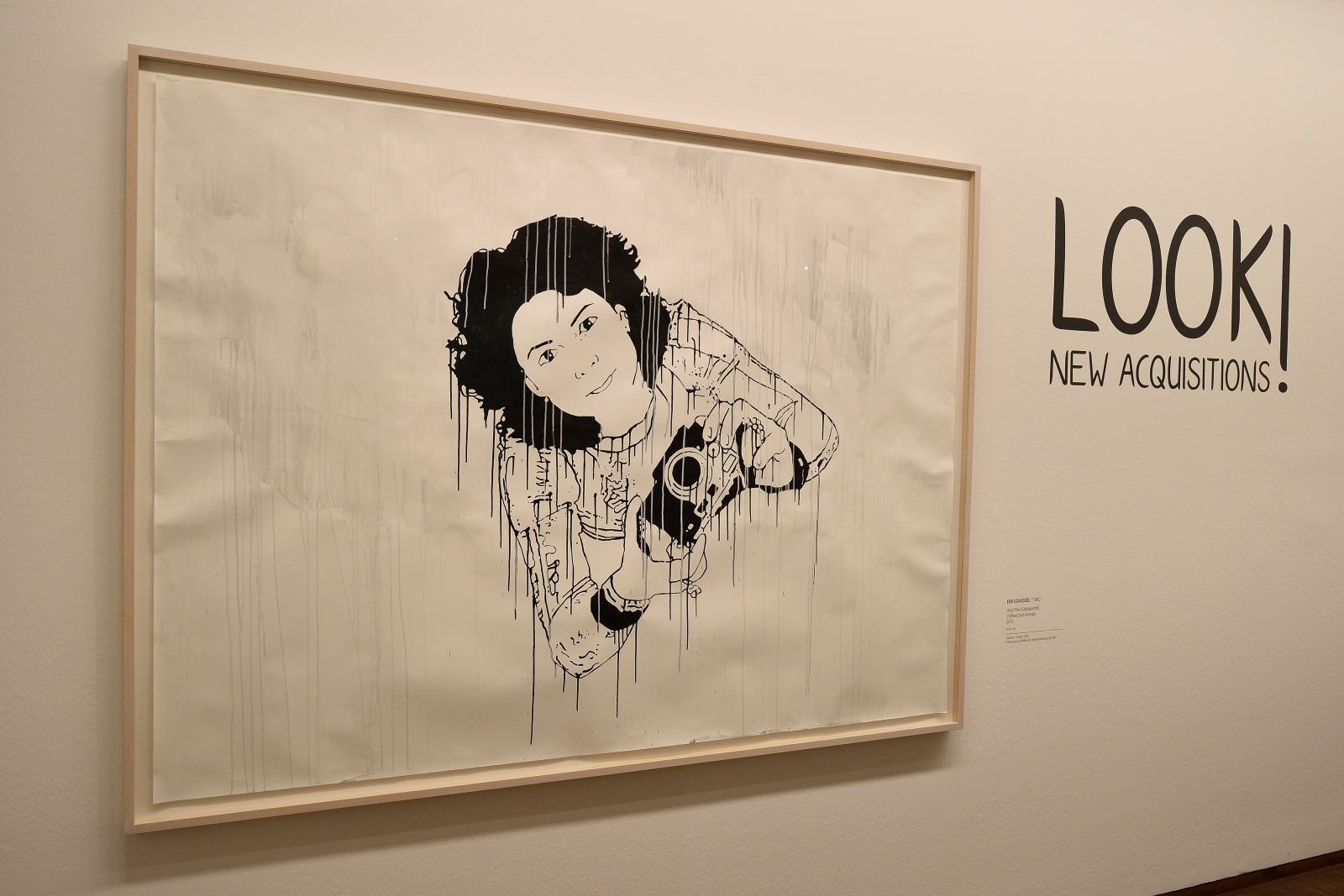 In the 21st century, museums and other art institutions are facing new challenges – a few we have already mentioned here. Redefining the old operational models and developing new visitor experiences have become critical to attracting the digital generations. With a recent exhibition, the Viennese Albertina gives a glimpse into its acquisition strategy designed to fit the new times.

In early May I visited an exhibition in the Musées d’art et d’histoire de Genève, entitled “New Museums. Intentions, Expectations, Challenges”. It stated that the “new museum must meet the public’s expectations and it is required to be a visitor magnet; it has to be a place for ambitious study and conservation of cultural treasures; a reflection of the socio-cultural pulse; an economic attraction hoped to revitalise its urban surroundings; and an iconic landmark”.

The concept suggests that the finest museums in the world must have clear strategies backing up this vision. A strategy, which describes the intentions of the institute and conceives certain guidelines for building, conserving and enriching collections. Additionally, such strategies also outline scholarship approaches, the visitors and public engagement, outgoing loans and acquisitions.

Vienna’s Albertina is another example of a century-old cultural establishment looking at museology and culture through a contemporary filter. They have been increasingly successful in combining the on-site and online worlds in a meaningful manner. I particularly like the way they get the youth involved by organizing inspiring events with drops of culture within the walls of the 18th century building. For instance, the Tina & Albert summer parties with DJs, the yoga in the Habsburg staterooms, or the Salon Albertina series with thematic parties associated with on-going exhibitions (the Egon Schiele rumble in contemporary costumes for example was awesome!)

Their latest exhibition opened in July and entitled “Look! New Acquisitions”, is extraordinary in the sense that it provides insight into the fresh-spirited museum’s collecting strategy for contemporary art.

Albertina has seven principal collections: period furnishings, architecture, photographs, graphic art, modern painting (the Batliner collection), contemporary collection and the Essl collection. In the past two decades, Klaus Albrecht Schröder (the Director of Albertina) and Antonia Hoerschelmann (curator, Art of the 20th and 21st Century) have focused on acquiring groups of works that fit into their strategy instead of collecting “isolated” pieces. Not just because pictures might be more valuable together as a collection, but also to present the artist’s style and creative principles in a more complex way.

“The acquisition strategy structure is threefold: according to themes (nudes, political activism, serial concepts), then according to artistic aspects (Pop and Minimal), and finally with an eye to monographic considerations (Gottfried Helnwein or Alex Katz)” – describes Albertina.

The recent exhibition now presents the acquisitions of the last 18 years, including around 350 works by 55 artists. Due to the great number of the works, let us give you a selection.

Stefan Zsaitsits is a young Austrian-born and based illustrator. He graduated in 2006 from the University of Applied Arts in Vienna. His paintings and drawings reflect his signature style. I particularly like his fine pencil drawings about child-like creatures and animals depicting surrealistic scenes from childhood nightmares.

Gallerist Manfred M. Lang wrote about his figures: “They are faces, that often hide behind something rather clumsily – faces that are overdrawn by eyes and/or symbolfies – faces overgrown by plants or pencil-strokes – small faces forming a new delusion-face – faces sunken in sea and clouds – masked faces – mouth-lost faces.” 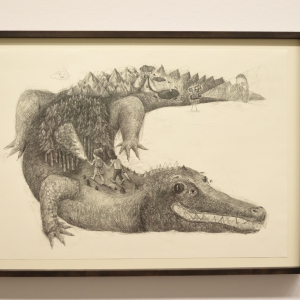 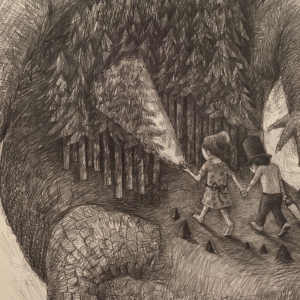 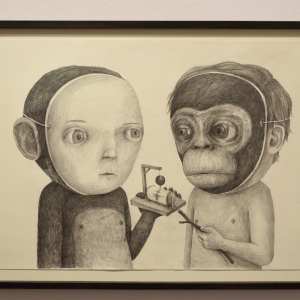 Gottfried Heinwein is an Austrian-Irish contemporary visual artist, best known for his photorealistic paintings, but he also does photography, drawings, installation and performances. He is a conceptual artist, concerned primarily with cultural, historical issues and political topics. As a result, his work is often considered provocative and controversial. In one of the big halls of Albertina his art finds a great, uninterrupted place – it is very important for him in order to enable people be emotionally connected with his works. It’s hard not to be: the paintings do not leave anyone cold; they are disconcerting, intriguing and gut-wrenching.

He has a special relationship with Albertina, which he refers to almost like a home. He had early exhibitions in the museum and his retrospective was one of the most visited shows of the institute attracting more than 250 thousand visitors. He donated seven of his artworks to Albertina, including the “Pink Mouse 2”, which is also displayed now.

He has loved cartoon characters since childhood. As a child, these figures symbolised a kind of heaven made in America. Since then, his perspective has changed a lot: “But America is not that innocent anymore. We know about Abu Ghraib. We know about war crimes. We had Nixon and Bush. My pictures of Donald Duck changed. There’s still something likeable about them. But at the same time, they also have something scary and threatening about them — an air of monstrosity”. In 2000, the San Francisco Museum of Modern Art dedicated an entire exhibition to Helnwein’s shift, entitled “The Darker Side of Playland: Childhood Imagery from the Logan Collection”. 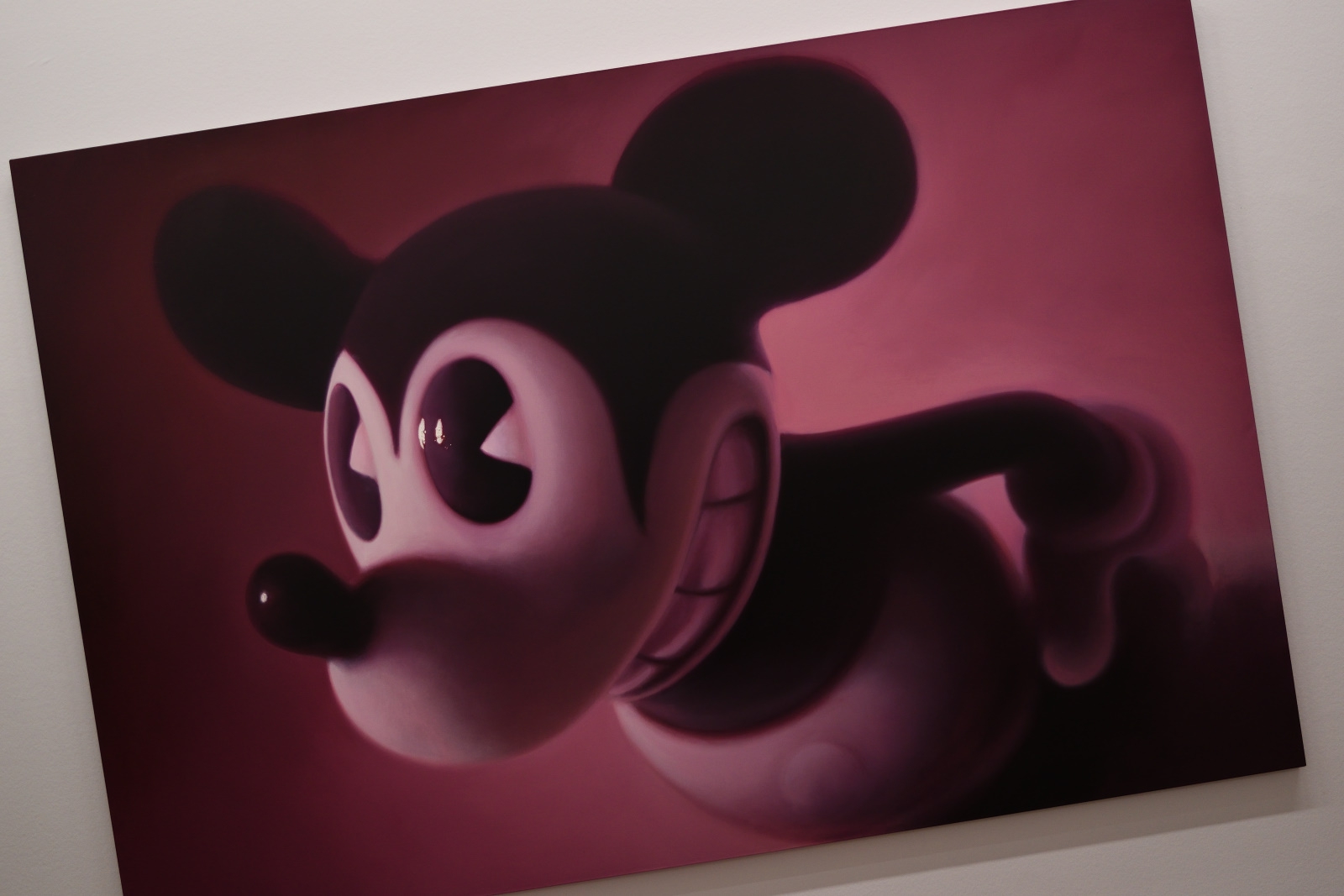 The 55 exhibited artists include famous American artists, such as Andy Warhol (an influential figure in contemporary art and culture and almost synonymous with Pop Art), Roy Liechtenstein (one of the first American Pop artists to achieve widespread reputation), Jack Pierson (known for his photography and collages about the Golden Age Hollywood), Tom Wesselmann (Pop artist active in painting, collage and sculpture) or Alex Katz. 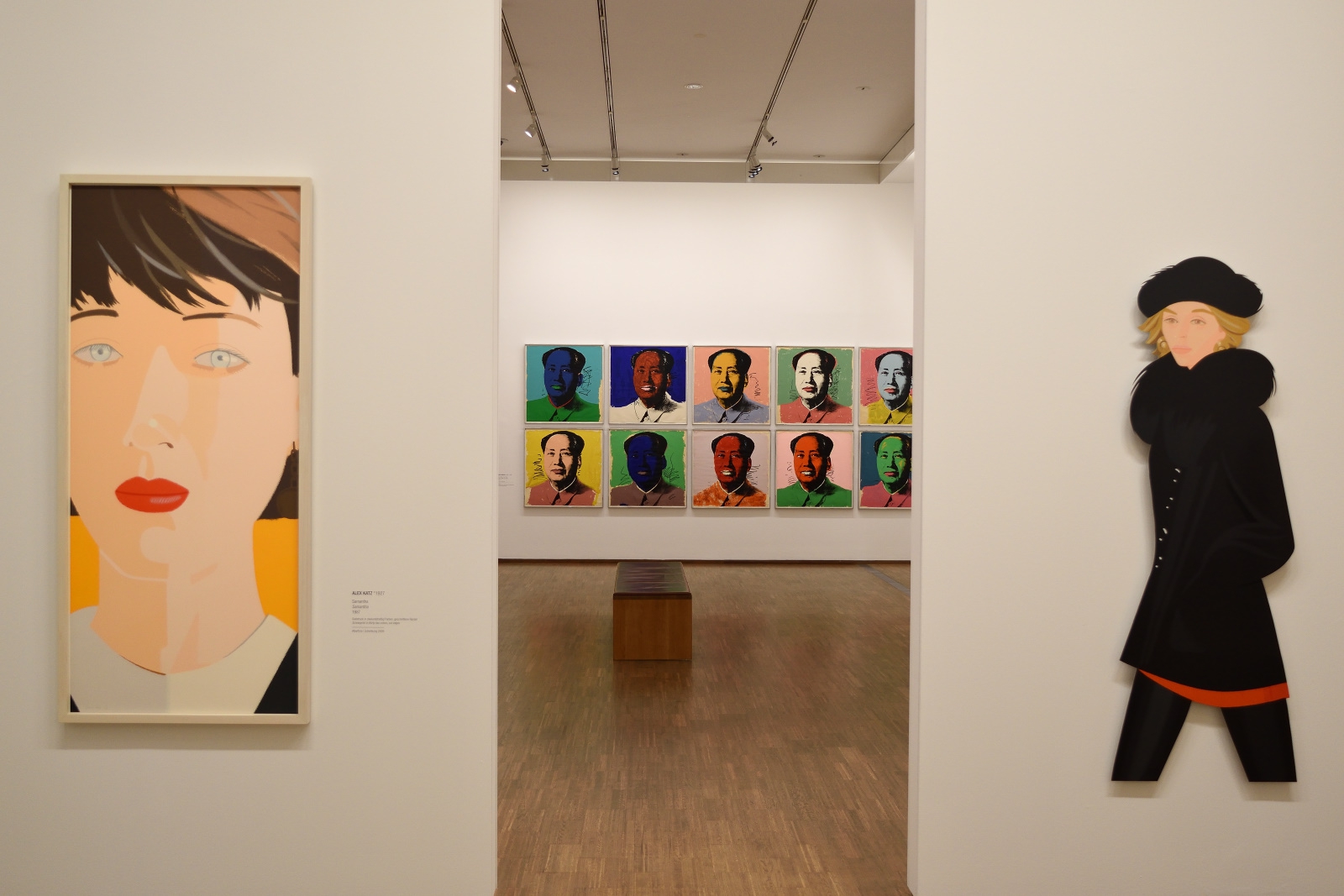 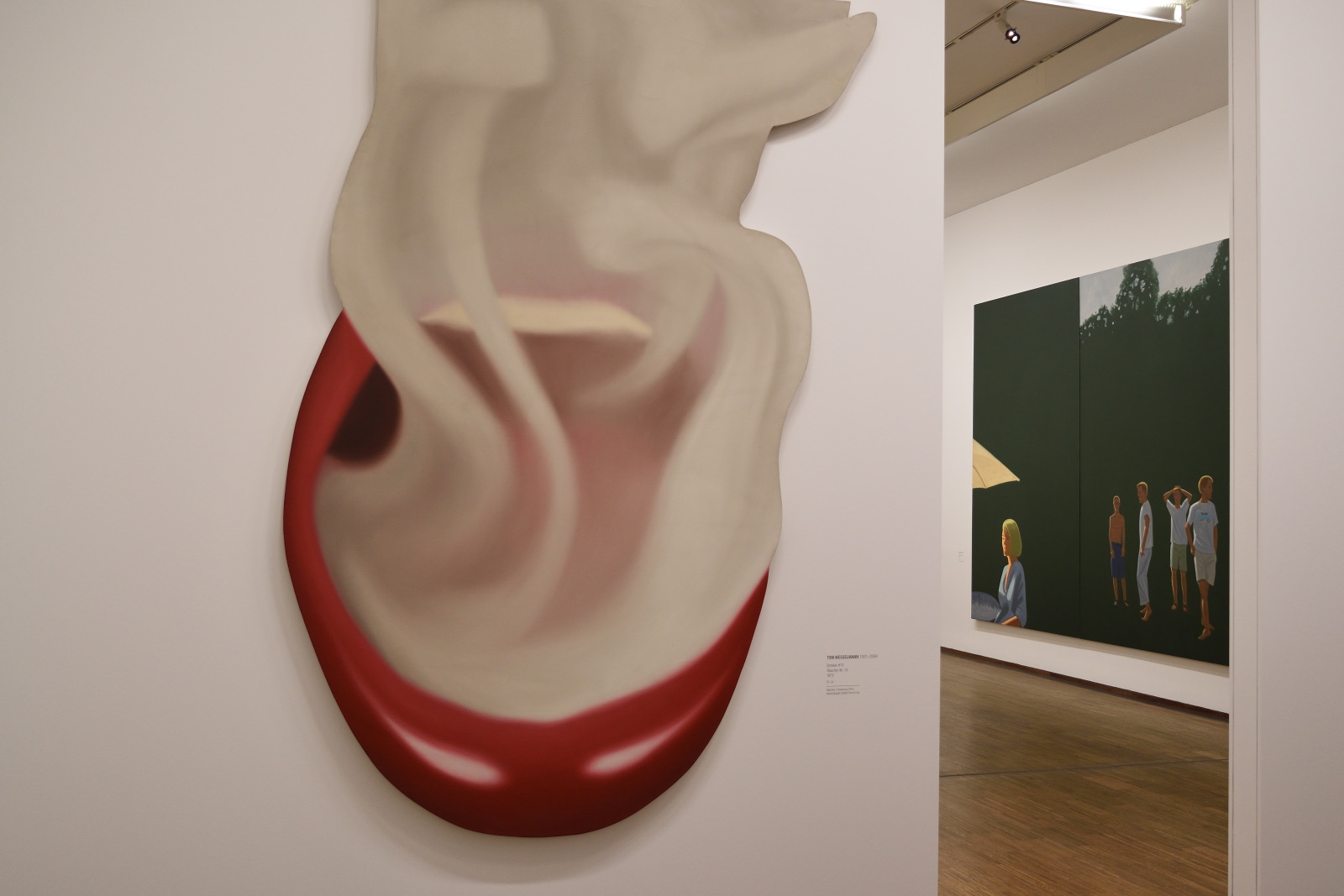 The latter garnered great attention also among Millennials – last year the 90 year old artist collaborated with H&M on the Fashion Loves Art collection. It was a capsule collection with garments for ladies and gents, as well as home décor, sold exclusively in the U.S.

Alex Katz was born in Brooklyn, New York, July 24, 1927. Often associated with the Pop Art movement, Katz began exhibiting his work in 1954, and since then he has been presenting paintings, drawings, sculpture, and prints in many parts of the world (he has more than 200 solo exhibitions and nearly 500 group exhibitions internationally under his belt). His latest solo exhibition was in Munich this year. 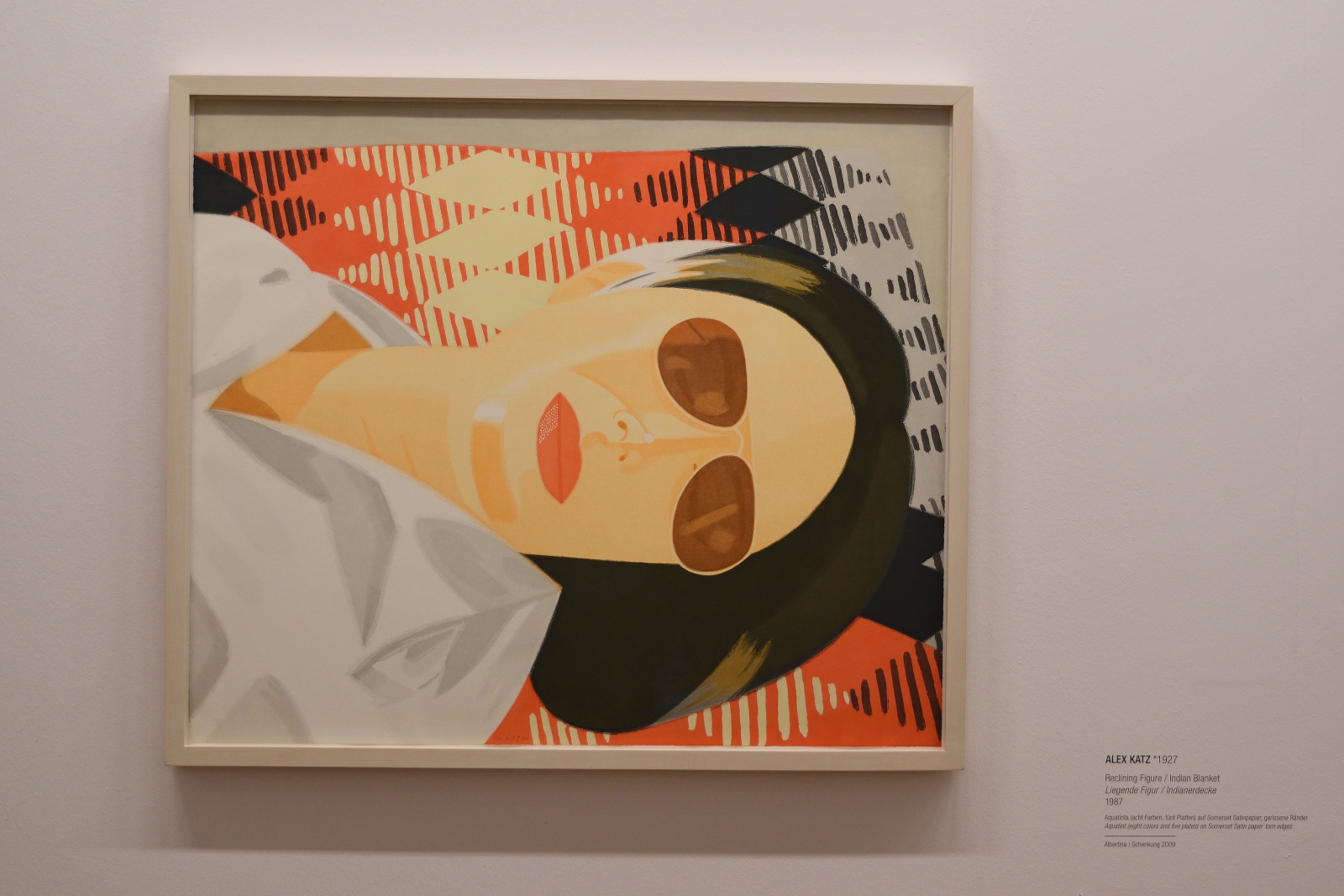 The Albertina and the Museum of Fine Arts, Boston, hold complete collections of Katz’s print oeuvre.

He has brightly coloured pictures rendered in a flat style – similarly to many of his contemporaries he was inspired by mid-century American culture and society, including television, film and ads. Robert Storr (art critic, curator, formerly the Dean of Yale University School of Art) called his style “a new and distinctive type of realism in American art which combines aspects of both abstraction and representation.” Mr Storr has a discussion with Katz about the artist’s influences, concerns, and life history here.

The exhibition spreads out on two levels of the museum and it is open from 6 July to 3 September on Level 1 and between 6 July and 8 October on Level -1. Artworks range from well-known and emerging artist with thought-provoking drawings, paintings and printed graphics.

Beyond the single experience of the artworks, the exhibition also provides an overview of what Albertina regards its mission in contemporary art collecting to be. If you are interested in asking questions from the museum, I also suggest you follow Albertina’s Facebook and Twitter accounts for associated programs. 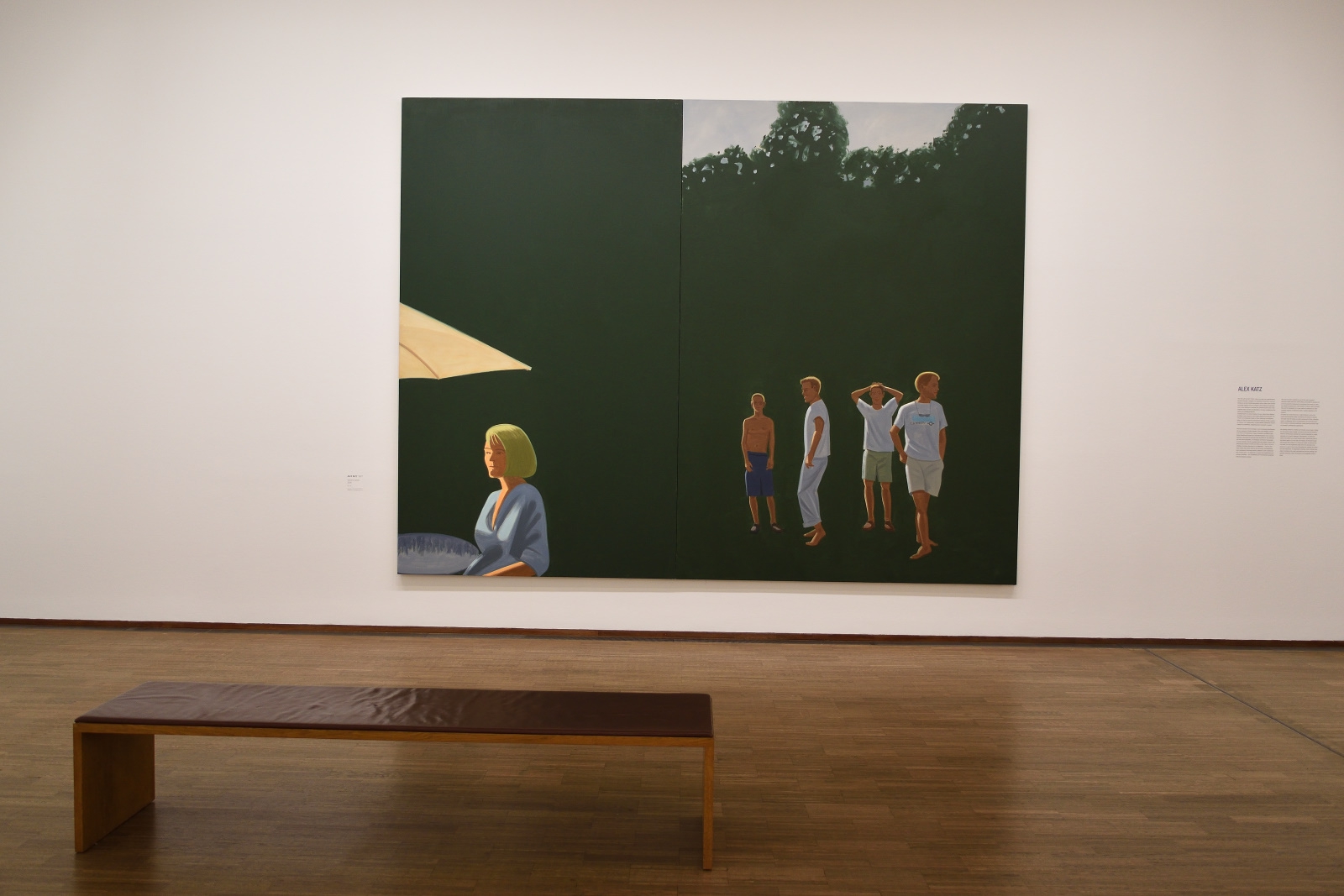 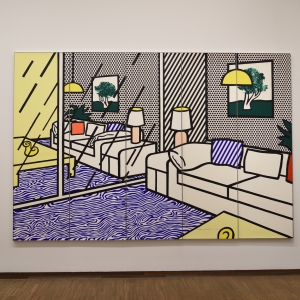 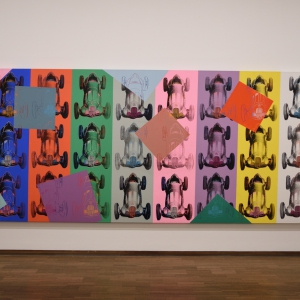 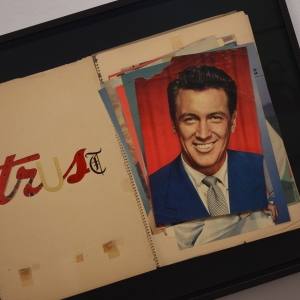 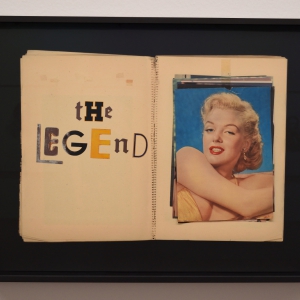 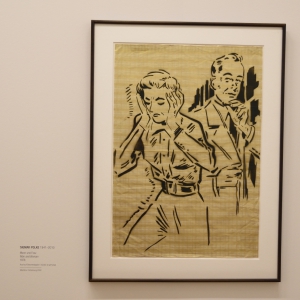 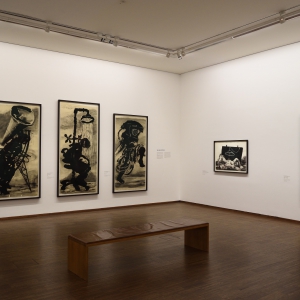 The OAK Collection exhibition On 19 May, 162 vintage and contemporary museum-quality watches of the OAK Collection embark on a four-stop exhibition world tour from the London Design Museum (19-25 May). We sum up the 11 exhibition chapters and give you updates as we participate in the pre-opening ceremony on 18 May.Summer in Paris To soothe our covid-battered soul, the City of Lights has prepared an abundance of events this summer. From the hundreds of exhibitions, boutique openings and cultural programmes in Paris I selected a few for my long weekend. Check them out if you fancy a recharge in the French capital. YVES SAINT LAURENT AUX MUSÉES exhibitions This spring, six famous Parisian museums honour the 60th anniversary of the first Yves Saint Laurent runway show. Some of the special showcases at the Louvre and at the Musée Yves Saint Laurent Paris will remain open throughout the supper until mid-September 2022. Check out what’s inside.