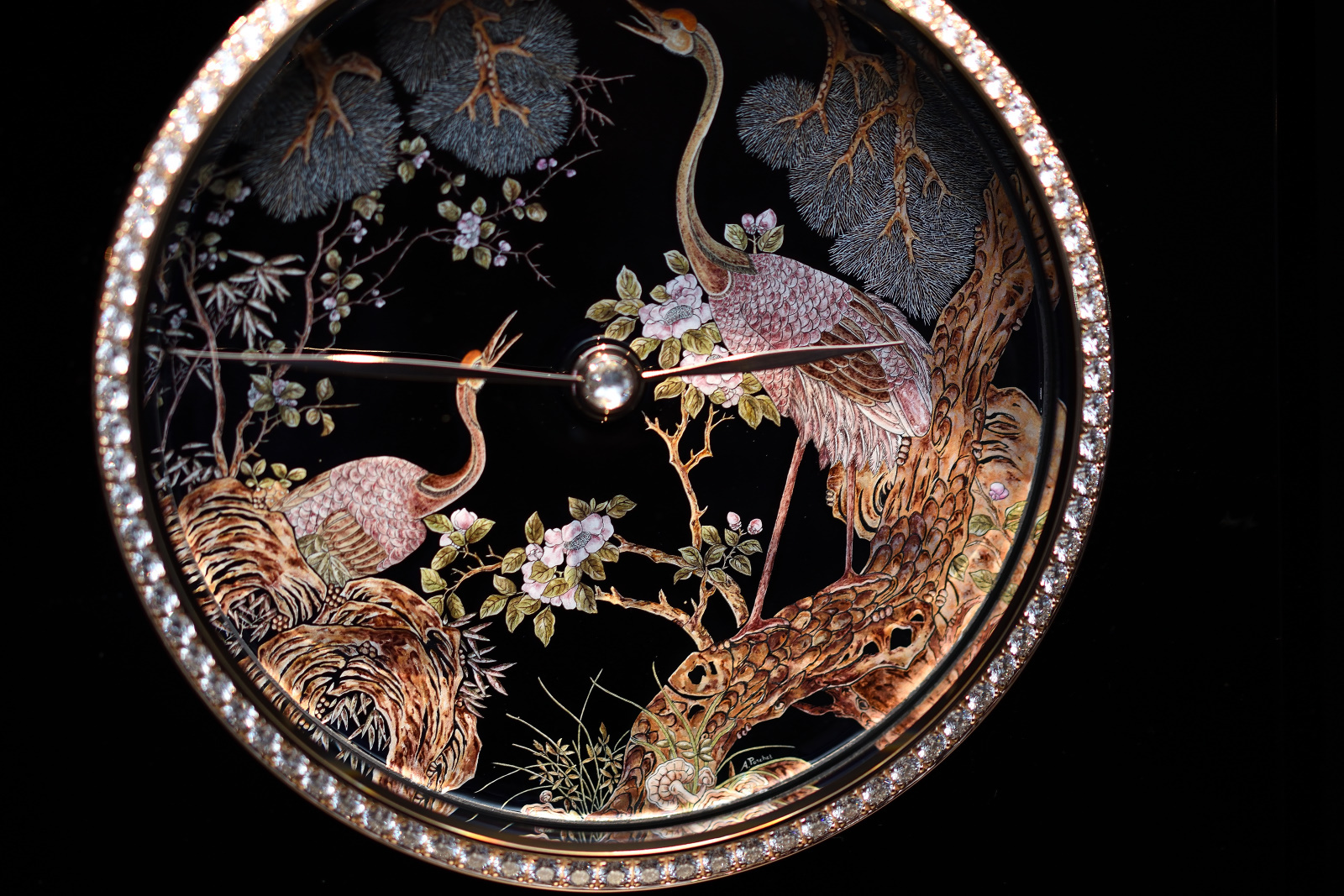 The rectangular Première collection, the one CHANEL has embarked into watchmaking with, celebrates its 30th anniversary this year. Through the three decades, the unique aesthetic world of the fashion house has brought new ideas and trends to watch design. They have been avid users of ceramic since 2000 and mixed the most penetrating black and garish white in black & white collections.

A pretty look has often met precious content thanks to the Audemars Piguet Renaud & Papi Manufacture (APRP SA), who have made CHANEL’s mechanical pieces move since 2008, such as the J12 Skeleton Flying Tourbillon or the CHANEL Première Flying Tourbillon. It was revealed last year, that in 2011 CHANEL acquired a stake in the business of Romain Gauthier, a watchmaker from Le Sentier, Switzerland. The apropos of the announcement was that the House showcased their first self-developed calibre the Chanel 1, which debuted in the MONSIEUR de CHANEL timepiece. Case, dial, movement – they are CHANEL down to the vain and were designed as one right from the start.

These moves really talk about a long-term strategy at CHANEL, step-by-step towards haute horlogerie: from the fashion pieces and unique haute couture reflections, all the way to the real alternatives to style-sensitive connoisseurs. To horology they add what is in their blood: a daring, trend-setting style, amazing adorning techniques, and the ability to consider the timepiece as one unit, but also as part of a bigger picture. To me, it is extremely exciting to see the unfolding of my #1 fashion icon’s long-term horological direction.

We visited CHANEL at Baselworld 2017.

The Première collection, CHANEL’s first-born, which took the shape of the N°5 bottle-stopper and the place Vendôme, has had many versions so far. To make the anniversary special, it was dressed in red. In fact, in 1987 Carole Bouquet posed on the original campaign photos in all red too, when the Première was launched. CHANEL left the colour on two models this time.

The Première Rock has a mother-of-pearl dial and a steel triple row chain now with interwoven red leather. This configuration is not new, other coloured leather and chain bracelets have already been out there, but never in red. It is a limited edition to 1000 pieces.

As mentioned before, the flying tourbillon stylized with a camellia on the Première Flying Tourbillon is the result of CHANEL’s cooperation with Renaud & Papi. The anniversary version takes the deep black ceramic for the dial and surrounds it with 38 baguette-cut rubies, 4 baguette-cut diamonds and 52 brilliant-cut diamonds on the white gold bezel. 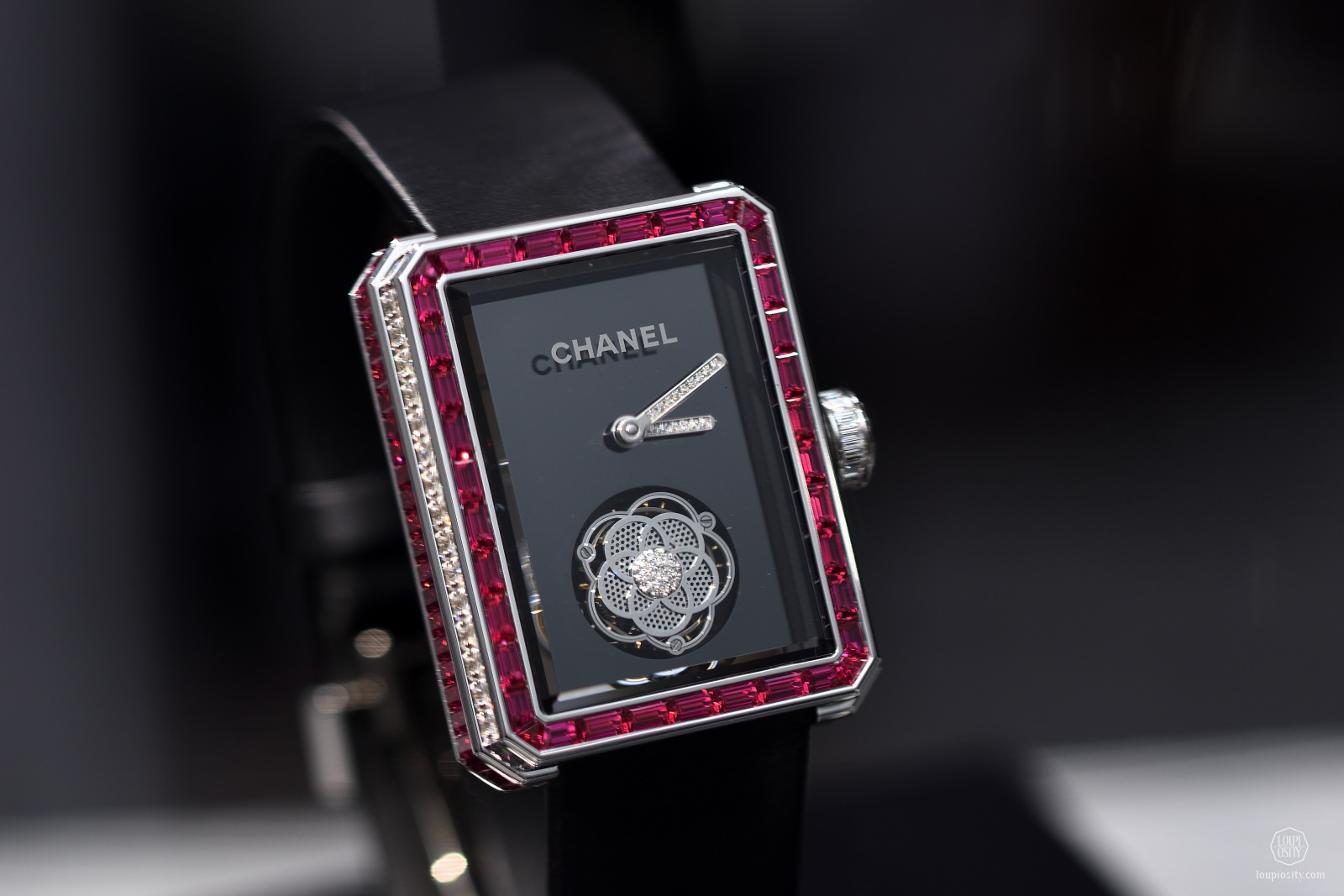 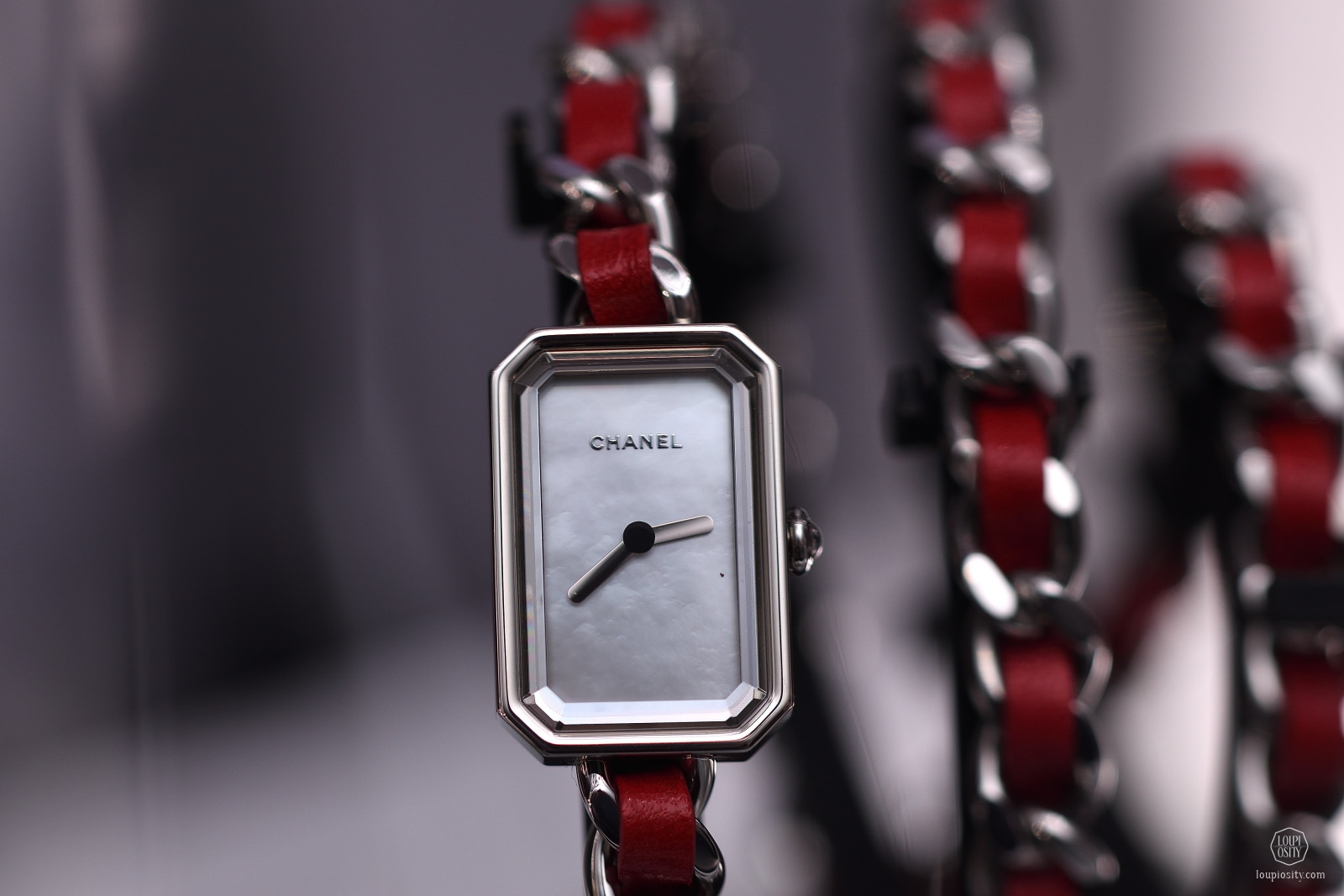 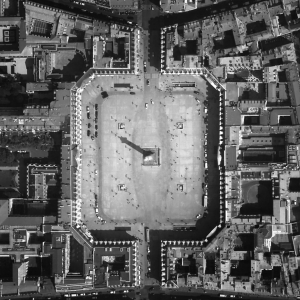 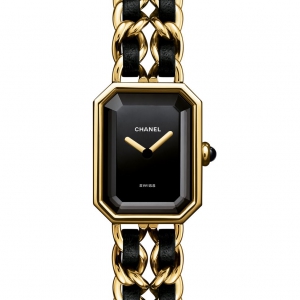 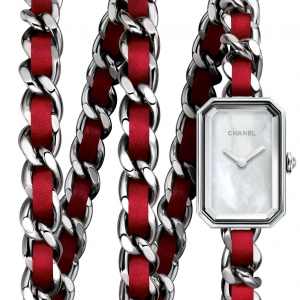 Ceramic goes back to its origin in the J12 collection. It was the first line to be casted from this material by CHANEL in 2000 and it has never stopped loving ceramic. The Maison plays extensively with the black and white contrast and the J12 comes mostly in black or white ceramic.

The line has seen many variations: new colours, surfaces, limited editions and exceptional pieces such as the CHANEL J12 “Comète”.

In 2017, new limited editions were introduced, such as the J12 Graffiti, the J12 Collector or the 38mm Mademoiselle J12. The latter comes in black or white, and is limited to 555 pieces, each. Coco appears in her tweed jacket on the dial and her arms indicate hours and minutes moved by the automatic calibre. 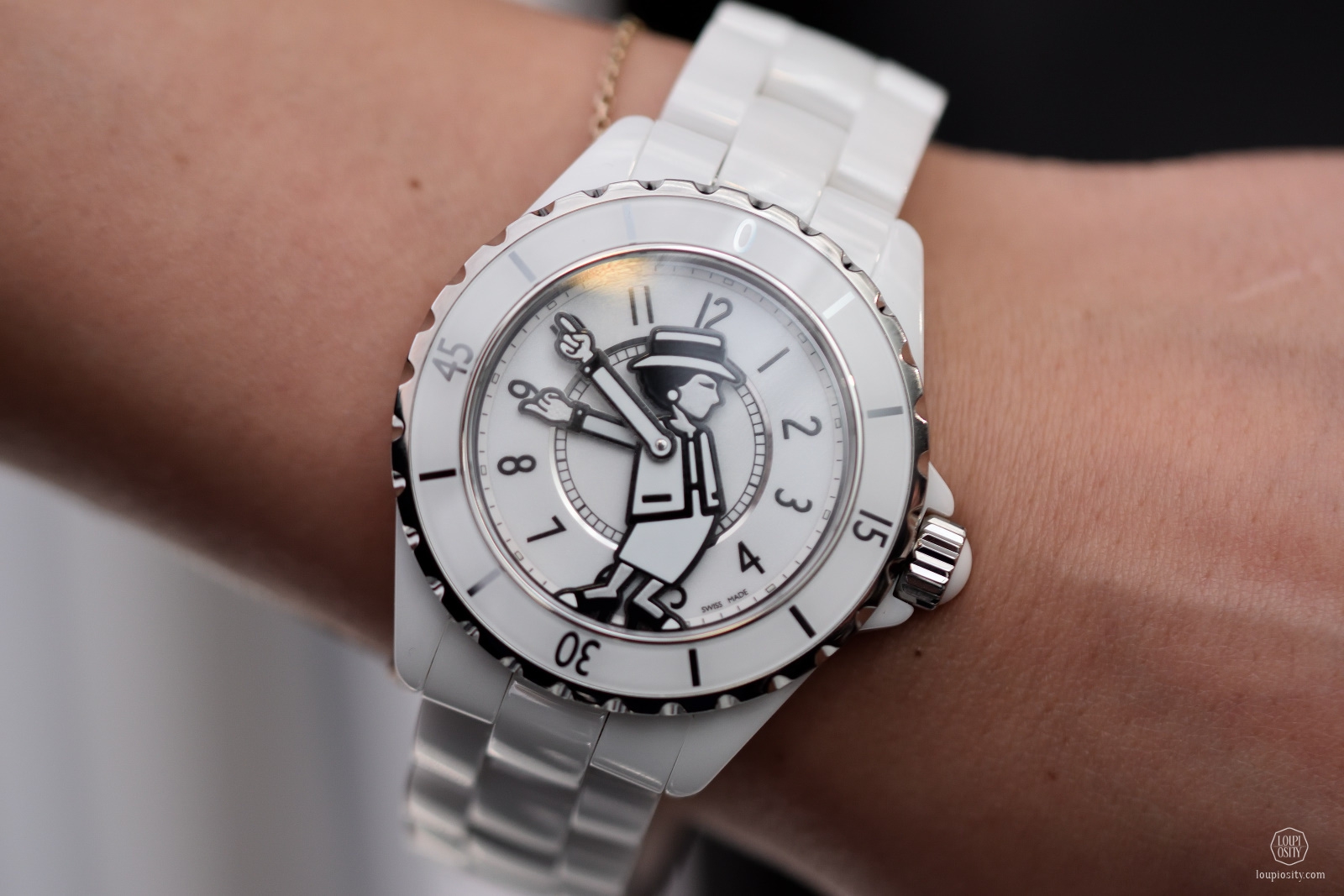 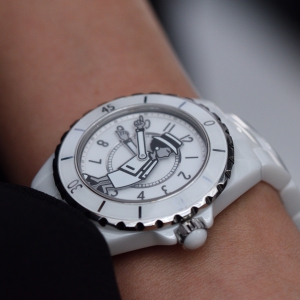 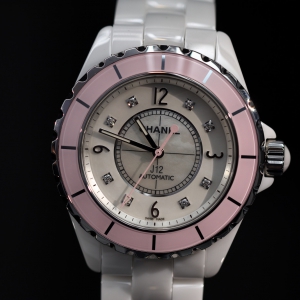 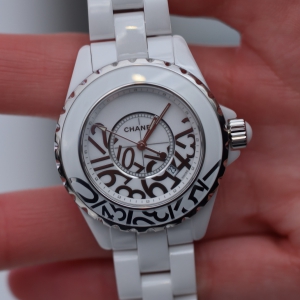 The Mademoiselle Privé collection includes special and highly artistic timepieces, with rich decorations like embroidering, enamelling or engraving and carving on precious stones.

In Basel, Mademoiselle Privé Décor Aubazine was shown as well as novelties in the Coromandel line including a gorgeous table clock.

The Décor Aubazine consists of three versions, each a limited and numbered edition of 5 pieces. Each has a white gold case and full diamond set dial with motifs inspired by the stained-glass windows of the Abbey of Aubazine, Corrèze, France. In a book about her life (Coco CHANEL: An Intimate Life by Lisa Chaney), she declared: “Those on whom legends are built are their legends.” She did not like to be known for it, but Chanel spent six years at the orphanage of Aubazine until the age of 18, and many of her motifs can be rooted in this time and place. This location is said to have inspired her iconic interlocking double C logo, too. 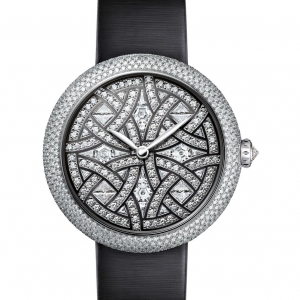 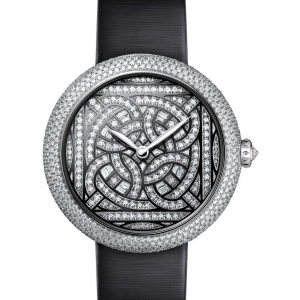 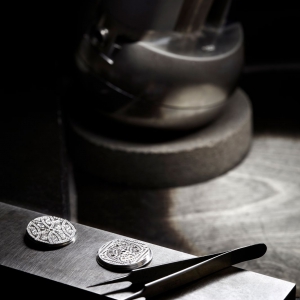 These two collector’s items have a mechanical manual-winding, 8-day power reserve movement inside.

In 1934, Coco CHANEL moved into a three-room apartment at the Ritz Paris. Her furniture, including her beige suede settee with its quilted cushions and her folding screen made from lacquered Coromandel, were also brought along. Her beloved Coromandel folding screens and the Asian lacquer art served as a great inspiration. I visited the “Coco Chanel” suite in 2016, take a look around here.

The cabinet of the clock is made of black obsidian. The 68mm dial reveals a miniature created using the glyptic (engraving and carving on precious stones) and sculpted gold techniques and miniature painting on the other model.

Discover this beauty in move here. 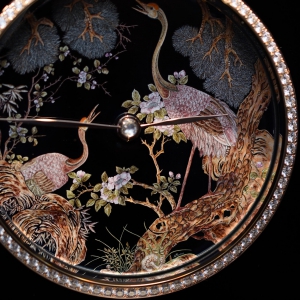 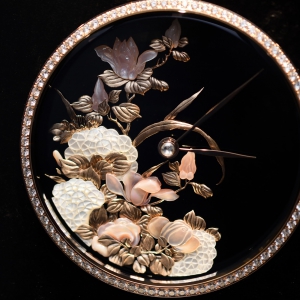 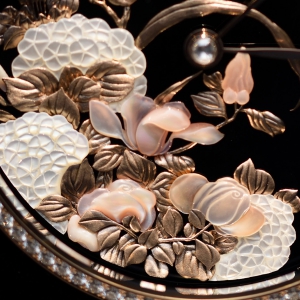 Photo credits: Chanel, Loupiosity.com.
All registered trademarks are property of their respective owners.
All rights reserved.

Audemars Piguet at the Dubai Watch Week 2021 Audemars Piguet took part in the 5th edition of the Dubai Watch Week from 24 to 28 November 2021 at the Gate in the Dubai International Financial Centre with a booth and exhibition space, dedicated mainly to the Royal Oak Offshore.Ulysse Nardin Rainbow collection Ulysse Nardin revealed the Rainbow Collection at this year’s Geneva Watch Days in their boutique, with new models: the Blast Tourbillon Rainbow and the Lady Diver Rainbow.Only Watch 2021 The ninth edition of the Only Watch auction will be held 6 November 2021 in Geneva. The selection includes unique timepieces created by the finest brands to support the research of Duchenne muscular dystrophy.