“The Code of Beauty” 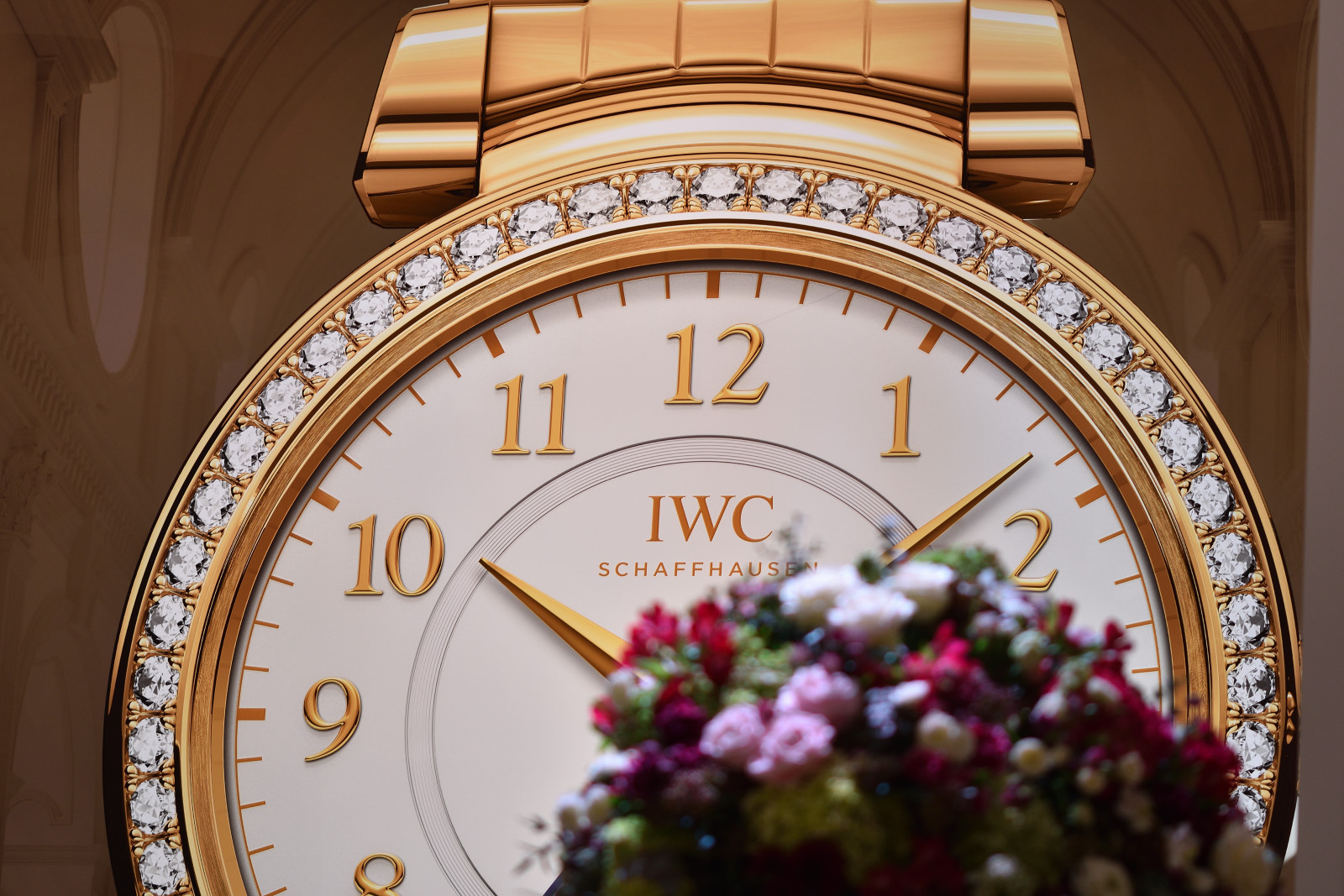 Following the spirit of Leonardo

Leonardo da Vinci was an Italian polymath with amazingly diverse interests and talents. He embodied the “Renaissance Man” – a cultured person of the Renaissance era who was knowledgeable, educated and proficient in a wide range of fields and sciences. He is best known as an artist and for his “Mona Lisa” of course, which is perhaps the most visited painting in the world. Leonardo studied the representation of proportions and used it in his paintings. Although it also appeared elsewhere, his name is associated with the concept of the “golden ratio”.

The mathematical idea of the “golden ratio” or divine proportion describes that two quantities are in the golden ratio if their ratio is the same as the ratio of their sum to the larger of the two quantities (phi = a/b = (a+b)/a, if  “a”  is the larger). It is believed that this proportion is aesthetically pleasing for the human eye.

He was also a scientist and an inventor, however he left many of his brainchildren to be realised by posterity. His “Universal Genius” inspired IWC Schaffhausen in 1969, when the manufacture unveiled the Da Vinci wristwatch with the “Beta 21” quartz movement (produced exclusively in Switzerland). With this line IWC intended to interpret the idea of perfect proportions into the language of timepieces.

In 1985, IWC Schaffhausen presented the Da Vinci Perpetual Calendar, a true tribute to the innovative mind of Leonardo. It realized the perpetual calendar complication in a very clean and user friendly manner – eg. setting by the crown only. It also does not require any adjustment until 2499.

Throughout the years the looks have changed: in the seventies the hexagonal case and the tonneau shape were in the focus, in the eighties and around 2000 the Da Vinci watches became round.

Although IWC is known as a masculine brand, the company has been creating ladies’ timepieces since the late 1870s; feminine pocket watches and later wristwatches (see more here.). The yellow gold, diamond set Da Vinci Lady Chronograph from 1995 is one of the biggest successes of the manufacture in the field of ladies’ watches. Last year even the Pilot collection received a 36mm version and a female skyrider appeared in the video.

With the Da Vinci line in focus, IWC’s booth at SIHH 2017 evoked the atmosphere of a Florentine palazzo providing a charming milieu to present the new collection.

This year the new Da Vinci models are uniformly rounded. The ladies Automatic timepieces follow this classic feminine design: a round case with rounded crowns, a recessed inner circle on the dial and smooth Arabic numerals. The “Flower of Life” is engraved on the case backs.

The flower of life is a geometrical shape composed of multiple evenly-spaced, overlapping circles arranged in a flower like pattern with six fold symmetry like a hexagon. It can be found in all major religions of the world and it has been known and used by philosophers, architects and artists. Leonardo also studied the Flower of Life’s form and its mathematical properties. 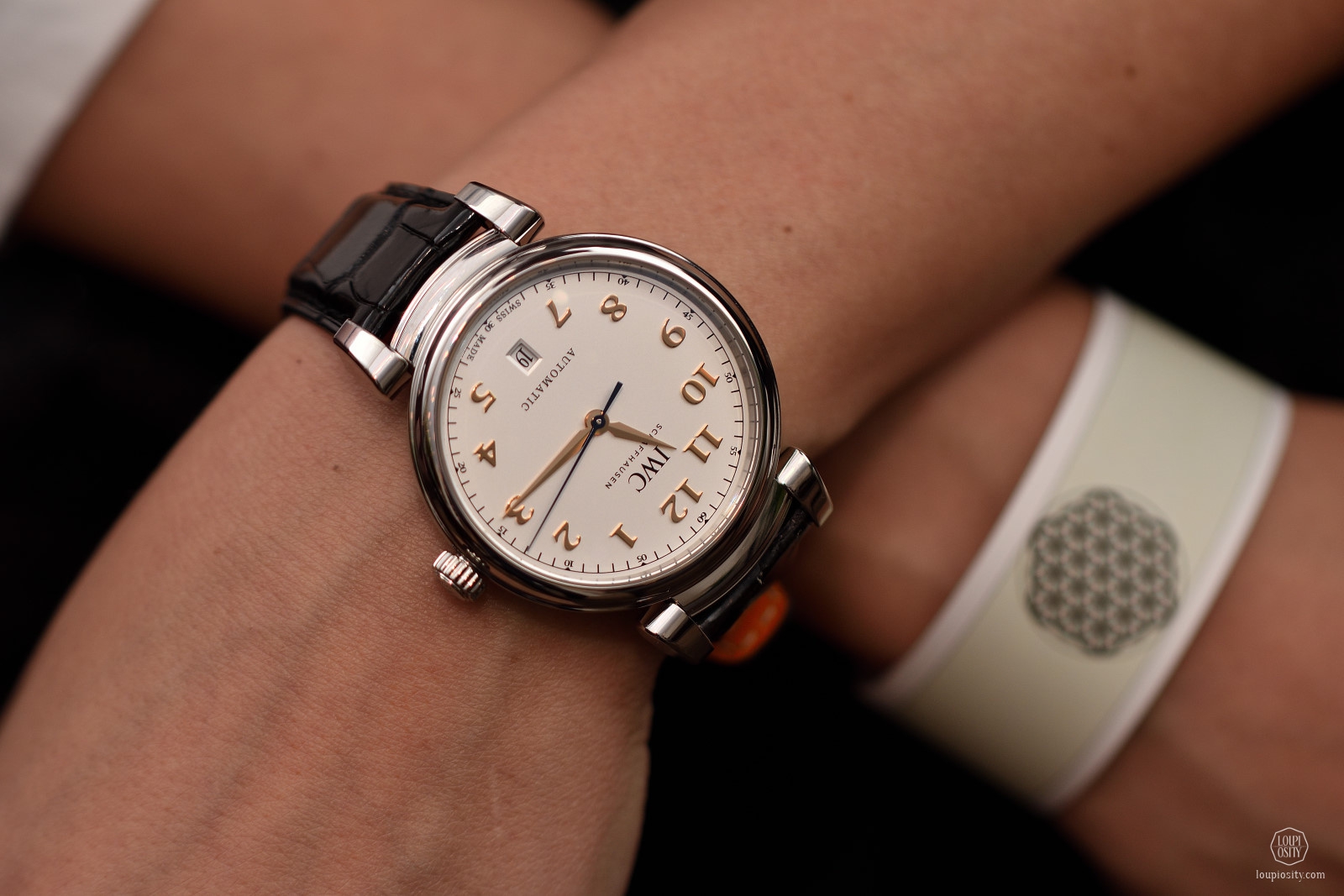 Both 36mm models are available in 18k red gold and stainless steel versions with metal bracelets or beautiful and exclusive alligator leather straps by Santoni.

My personal favourite would be the clean and stylish Da Vinci Automatic 40mm with a silver plated dial – it is easily wearable for both men and women. It has a discreet stainless steel case with moving horns, making the watch comfortable to wear even on a slim wrist. The movement is IWC’s calibre 35111 (based on the Sellita SW300-1), which operates in multiple Portofino and Pilot models, too. 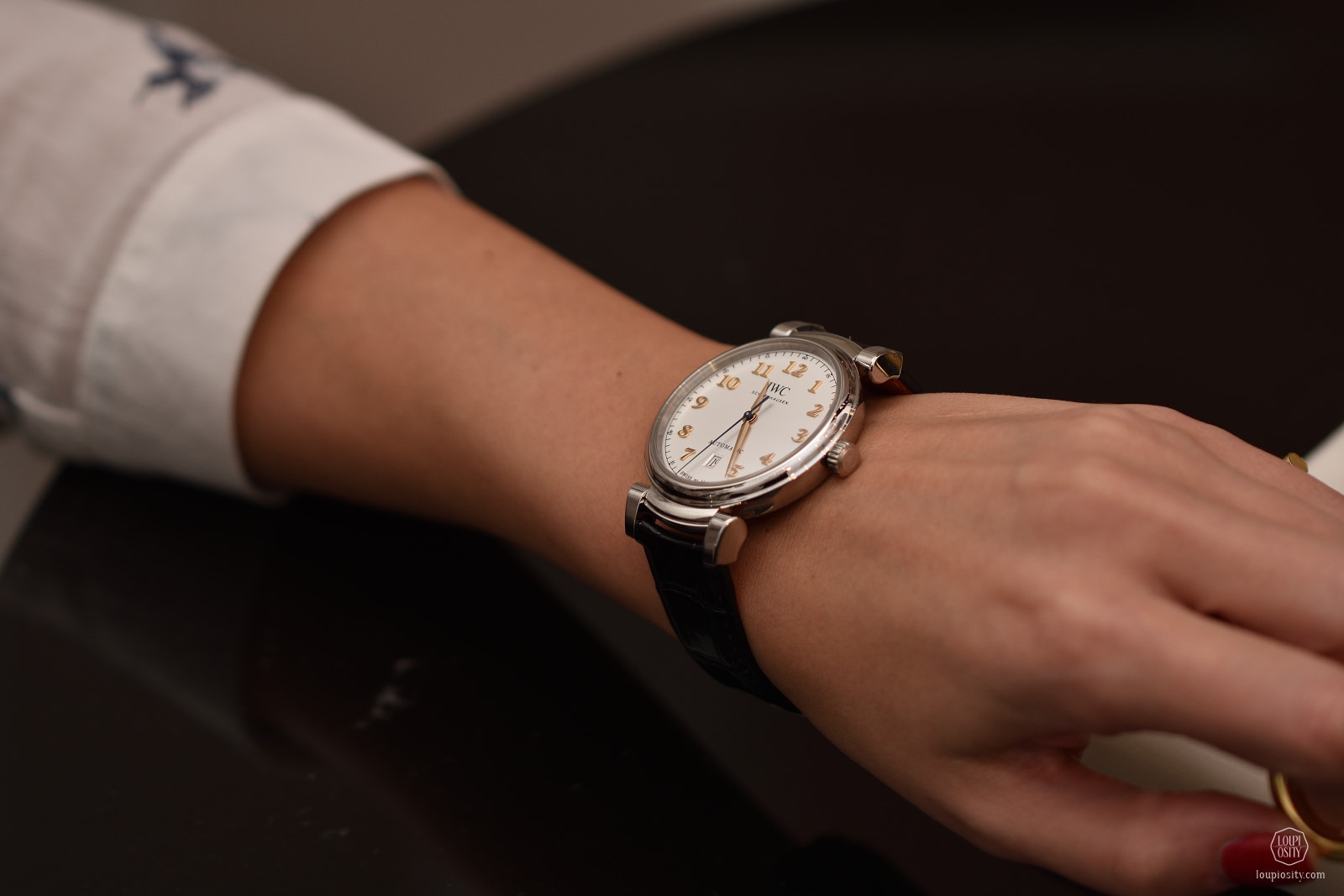 IWC has also stepped forward in terms of making the novelties available on the market quickly. In all segments, let it be tech, fashion or even watchmaking, there is a constant debate about the scheduling and marketing of collections – when can customers eventually purchase the products presented after the announcement show? This “see now, buy now” movement driven by customers’ desire to obtain novelties immediately, is summed up by Vogue UK (focusing on the fashion industry, of course).

In response to this, Georges Kern (now the former) CEO of IWC Schaffhausen announced the exclusive presales of novelties: “In the age of the Internet and e-commerce, watch lovers no longer want to wait several months for the new models. So, for the first time ever, we are now offering customers the chance to buy a limited number of selected references from the collection as of the day of their world premiere.” (Georges Kern will become the Head of Watchmaking, Marketing and Digital as Richemont Group’s Chairman Johann Rupert announced last year.)

For the details click here and let us know your choice if you lived with it? 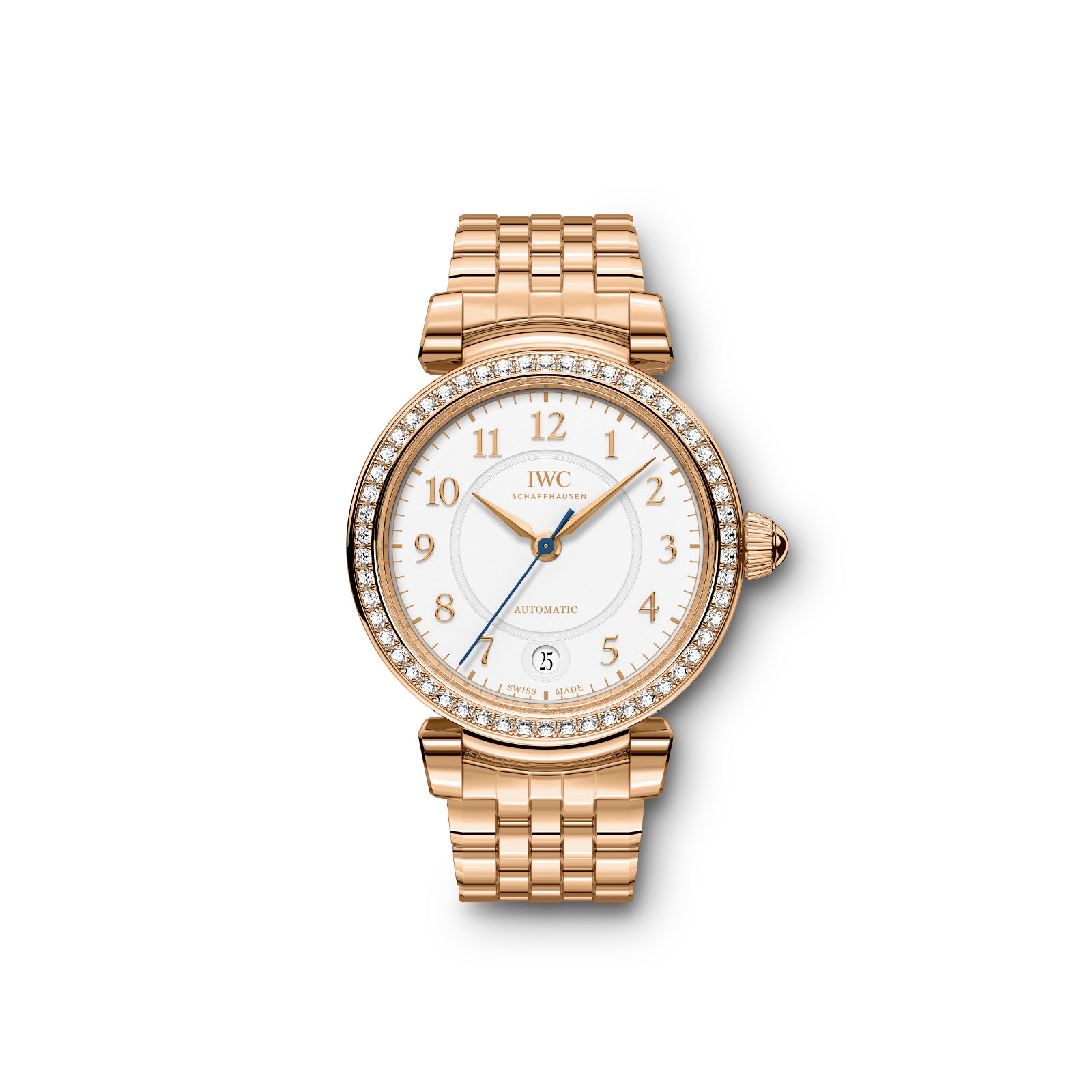 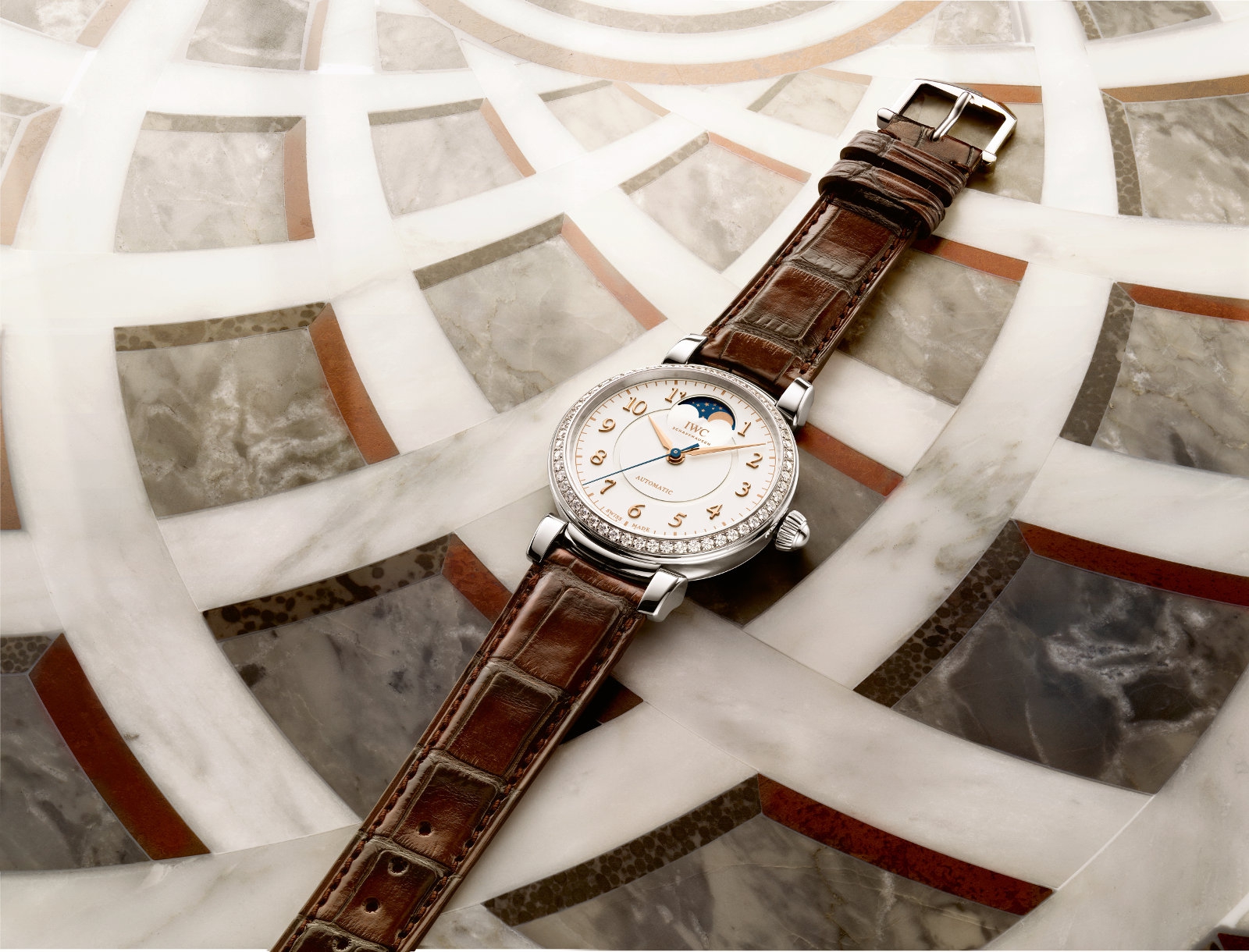 Double Signed: A Celebration of the Finest… Two auctions by Phillips Watches in Association with Bacs & Russo make their mark in the 2019 Fall watch sales scene. A gathering of 50 important Double Signed pieces will kick off the auction weekend on 9 November.Homo Faber - Crafting a more human future Homo Faber, an unprecedented and spectacular showcase of European craftsmanship is coming up between 14-30 September in Venice, Italy. What makes it so hot? We'll see it first hand, but until then, here’s some preliminary info.Laurent Ferrier Galet Micro-Rotor “Montre Ecole”… Laurent Ferrier Galet Micro-Rotor “Montre Ecole” British Racing Green debuted at London Craft Week 2018.