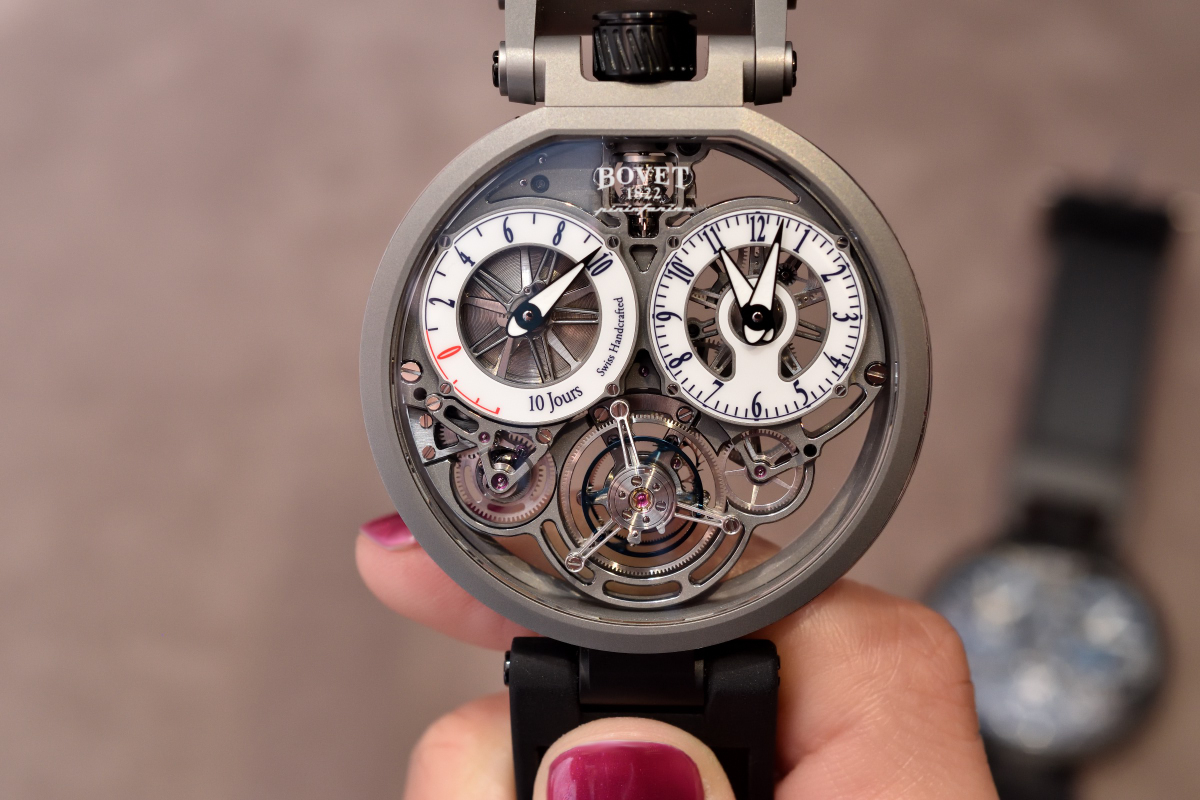 Last Thursday I sat on the sunlit terrace of Baur au Lac in Zurich immersed in an interesting conversation with two great gentlemen, Mr Pascal Raffy, the owner of Bovet 1822 and Mr Paolo Pininfarina, Chairman of the well-known design company. They came to Zurich to meet collectors at a dinner, organized by the specialist of high-end timepieces, the Les Ambassadeurs boutique. The long-standing relationship between these two men goes beyond the professional business collaboration and is glued by a mutual respect. The strong personalities of these genuine designers and innovators, manifest in the Bovet by Pininfarina line, which this January welcomed probably the most complete Bovet Pininfarina timepiece so far, the Ottantasei.

In Zurich, I was keen to learn more about the secrets of their joint success. 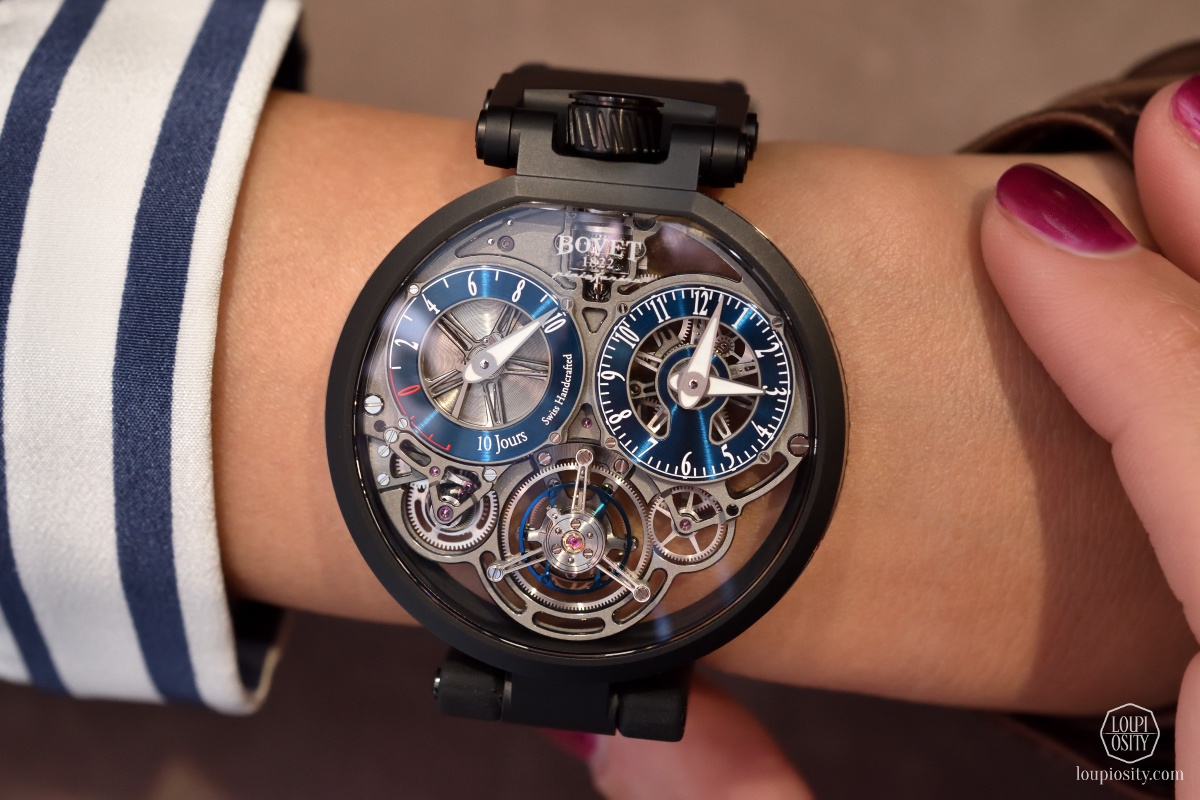 It was 15 years ago, when Mr Raffy acquired the rights for the historic Bovet name. In 2001 he left the pharmaceutical industry he had worked in to dedicate himself to a long cherished love, fine-watchmaking. “The values of Édouard Bovet and the outstanding artistic timepieces he had produced resonates very well with my own definition of ‘luxury’”, Mr Raffy starts. He did not just inject significant investments into the company, but infused a spirit that celebrates creativity, perfection, artistic design and lifelong learning.

The pieces have such character and soul that create an everlasting bond with the wearer beyond the first impression of beauty and technical virtuosity. Clear identity, exceptional quality, great patrimony and provenance, emotions and strictly limited quantities are the attributes of Bovet.

Bovet has very strong design codes. The complex mechanism in its heart is treated as an integral part of the timepiece right from the start. Decoration and mechanical perfection are pursued in unity; therefore beyond its technical qualities the encased movement pleases the eye from all possible directions.

Inspiration for Mr Raffy evolves from an initial concept to a final piece through different stages, including a number of design-variations and prototypes. “I feel that I can let myself be driven by emotions and avoid purely rationalist decisions. To me, luxury also means that you devote sufficient time for realizing any brave idea or artistic intensity.” A team of artisans, who truly share the devotion and are blessed with the ability to realize these concepts, is the greatest asset a luxury manufacture may have, he added.

During the course of the joint project, his team has been extended with the similarly dedicated people of Pininfarina. In spite of the Italian workshop’s equally unique style, the mutual commitment and the open dialogue have crowned their collaboration with success. 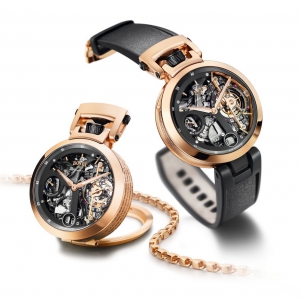 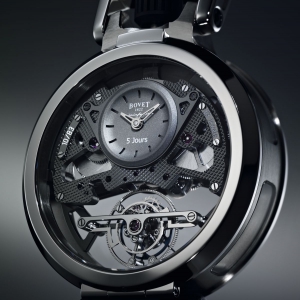 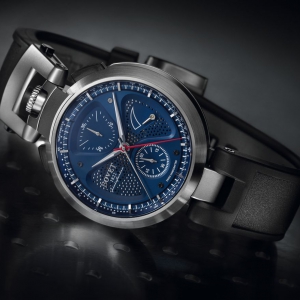 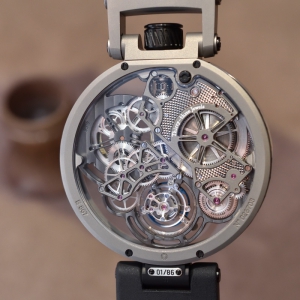 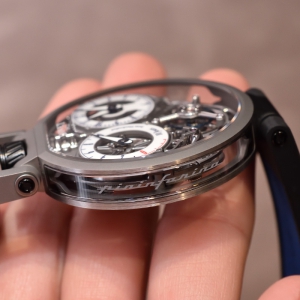 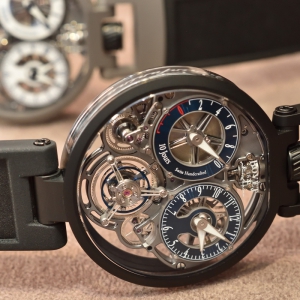 Thanks to my seriously car-fanatic brother, Pininfarina became part of our lives already at a very early age. His enthusiasm for cars exponentially increased with time from around the kindergarten years – that time he was busy with matchbox models, of course. The most treasured items of his decent collection were the Superfast 56 BMC 1800, the Corvette Rondine and the Lancia Flaminia Coupé – the originals of which were designed by Pininfarina. Although I was allowed to play with them only occasionally, the unique shapes of Pininfarina left a deep impression in me. 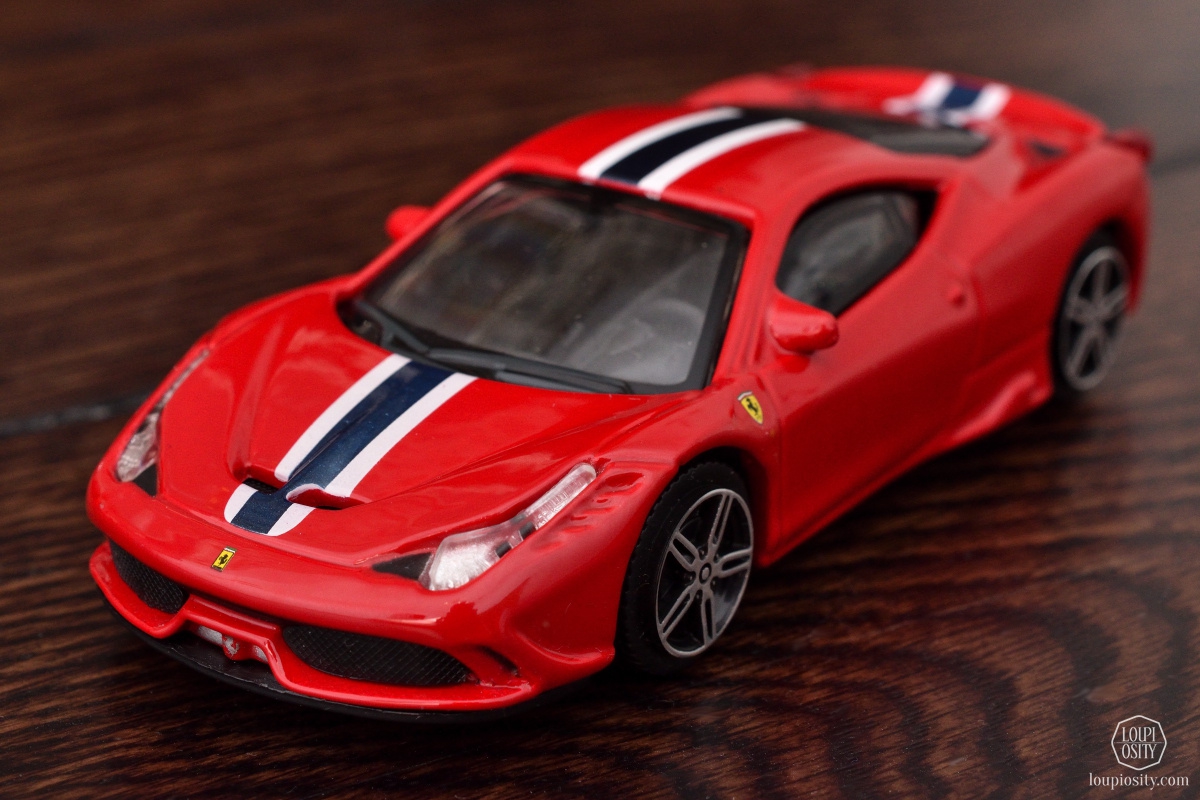 Pininfarina S.p.A. is an Italian car design company in Cambiano, Italy. It dates back to 1930: on 22 May Battista “Pinin” Farina founded Carrozzeria Pinin Farina in Turin. His idea was to build special car bodies for individual customers or in small production runs.

The Lancia Dilambda, and the Alfa Romeo 6C Pescara Coupé were among the first models which made “Pinin” famous. After the Second World War Italians were not able to exhibit at the Paris Motor Show, but Pinin and his son Sergio travelled there with an Alfa Romeo 6C 2500 S and a Lancia Aprilia cabriolet and parked them at the entrance. People, press and industry were equally excited by his shapes and the international fame of Pinin Farina’s workshop grew from that moment onwards.

After the death of Battista Pininfarina in 1966 Sergio became the Chairman of Pininfarina. He followed in his father’s footsteps by placing great emphasis on continuous development: he established the Studies and Research Centre of the company to discover new territories.

In the eighties design activities were extended to other means of transportation and industries: in 1986 Pininfarina Extra, focusing on architecture, industrial and interior design, was created in Cambiano. They have done exciting collaborations with brands like Lavazza (coffee), Magnat (high-end audio), Coca-Cola, Schaefer Yachts, Leitner (ropeways) and many more. In 2002 the Engineering Centre of Cambiano was inaugurated to give place to new electric vehicle concepts.

Sergio was superseded by his two sons. Andrea was the victim of a tragic traffic accident in 2008, and since then his brother Paolo has managed the company.

In 2015, Pininfarina celebrated its 85th anniversary with multiple events and a beautiful album.

“In its genes, Pininfarina today is the same as it was in the thirties: the central role of design, aesthetic sensitivity capable of creating timeless beauty, constant striving for innovation, the strength of a tradition that brings together industry, technology and stylistic research, the capacity to interpret the client’s requirements thus maintaining its brand identity, and a propensity for long-term collaborations. These values, together with the commitment of the entire Group, will enable us to build a bridge towards the future” – Paolo Pininfarina. 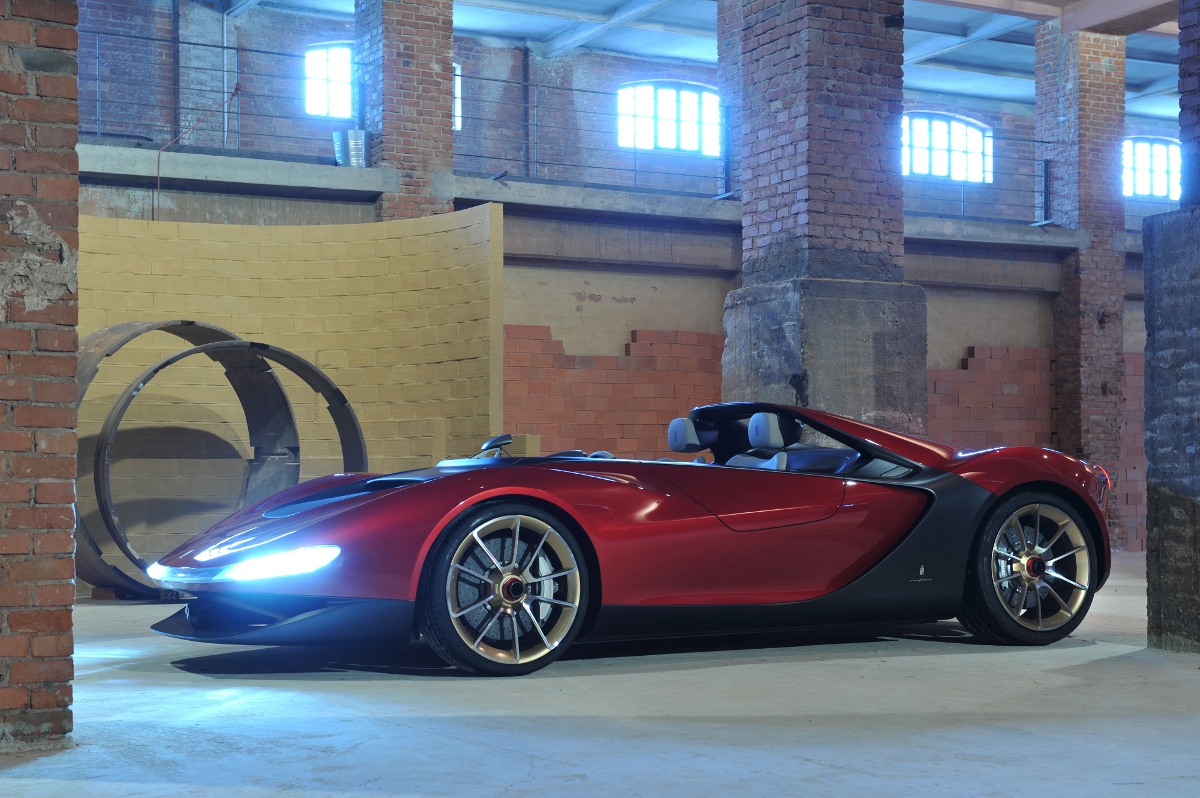 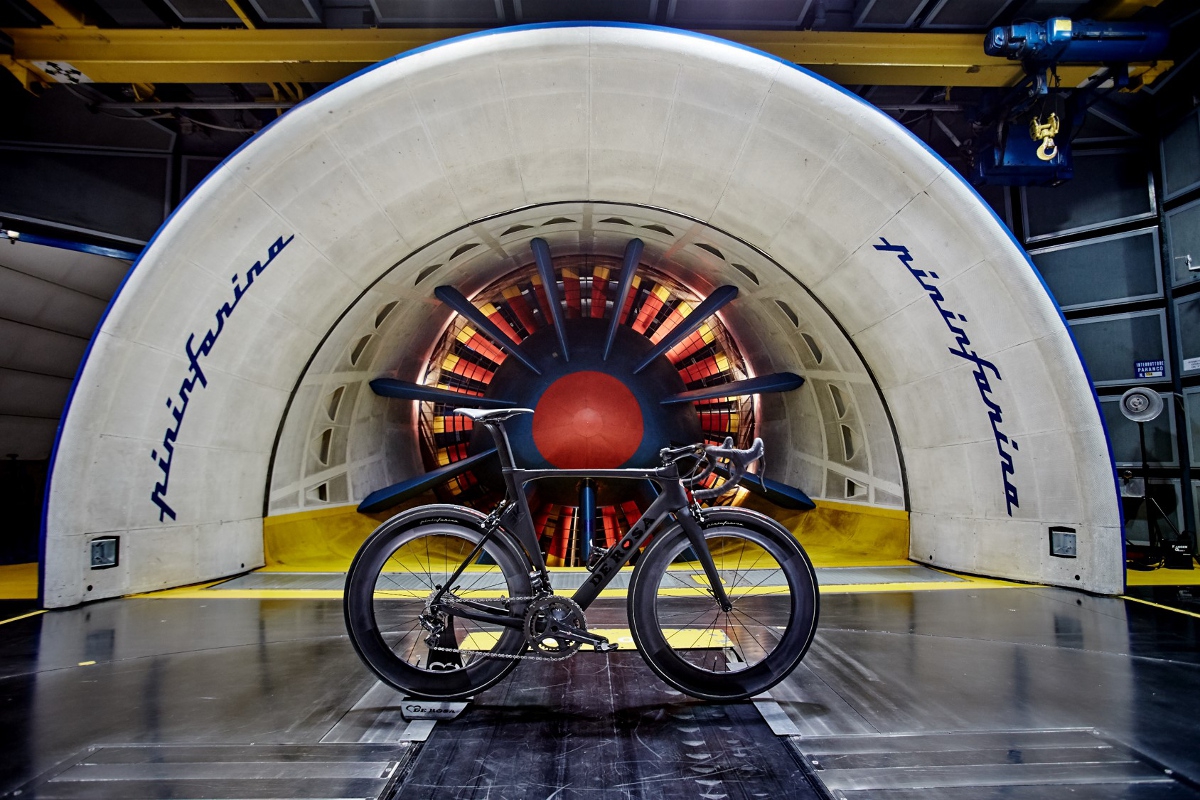 Mr Raffy and Mr Pininfarina understand each other well. The design process starts by having the main concepts of the new timepiece outlined by them, before their teams get briefed about the goals to achieve. Creativity is given time to raise and intense dialog begins in order to evaluate multiple options before finding the ideal technical solutions, materials and decoration.

“I agree that Ottantasei has been the most balanced Bovet by Pininfarina timepiece in the collection so far. Our visions about a new artwork are usually very bold with Mr Raffy – sometimes the end piece is more Bovet, other times it is more Pininfarina. The Ottantasei is so far the most characteristically Pininfarina, yet it is truly Bovet down to the bones”, Mr Pininfarina noted.

When Pininfarina and Ferrari started to work together in 1951 no one predicted such a long standing cooperation. “Ferrari and Pinin? It won’t last. It’s like putting two Prima Donnas in the same opera” – it was said. Since then they have designed the twentieth century’s greatest Ferraris.

Listening to the two gentlemen today, I have no doubt that although they have similarly powerful perceptions they enjoy and value their relationship growing ever sweeter fruits. Will it result in pieces mentioned among the icons of the 21st century? – time will tell. What is certain is that the Bovet by Pininfarina collection is born out of love by people chasing perfection for people not satisfied with the ordinary. 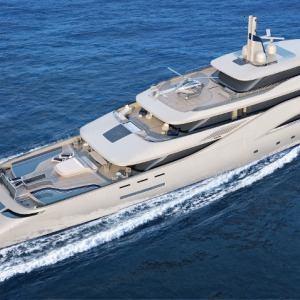 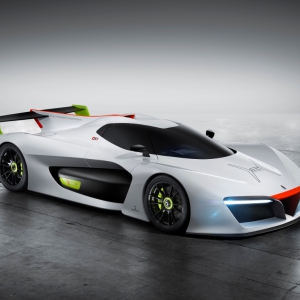 As you know, Édouard Bovet left a rich legacy of pocket watches behind adorned with miniatures. Mr. Raffy has been collecting these for a long time. We saw a number of them in 2013 in Château de Môtiers and last week many were exhibited in Les Ambassadeurs. 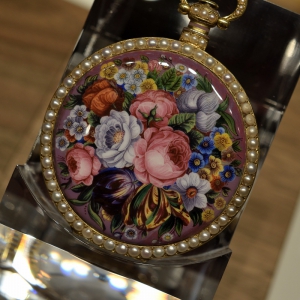 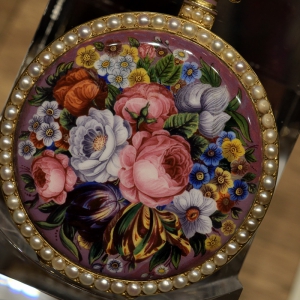 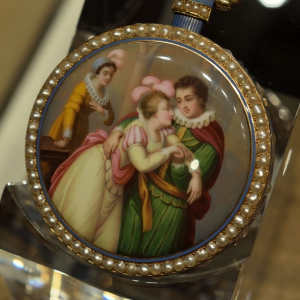 Bovet Battista Tourbillon at Dubai Watch Week 2021 At the Dubai Watch Week 2021 we had the chance to see the Bovet Battista Tourbillon, the next milestone of the brand’s collaboration with Pininfarina. The co-designed model is inspired by Pininfarina’s Battista GT Hyper Car.Bovet Récital 26 Brainstorm® Chapter Two At the Geneva Watch Days, BOVET 1822 introduced the Récital 26 Brainstorm® Chapter Two, a technically and artistically captivating timepiece encased in the inclined sapphire structure debuted last year on Chapter One.Bovet Fleurier Orbis Mundi Bovet celebrates the 200th anniversary of the company’s foundation by Eduard Bovet in 1822 this year. The Manufacture will hold boutique events throughout the year in various cities around the globe. At the opening of the event series, they presented Orbis Mundi, a true Bovet world-timer in the Villa Louis-Jeantet in Geneva.