Reopening the Chamber of Wonders 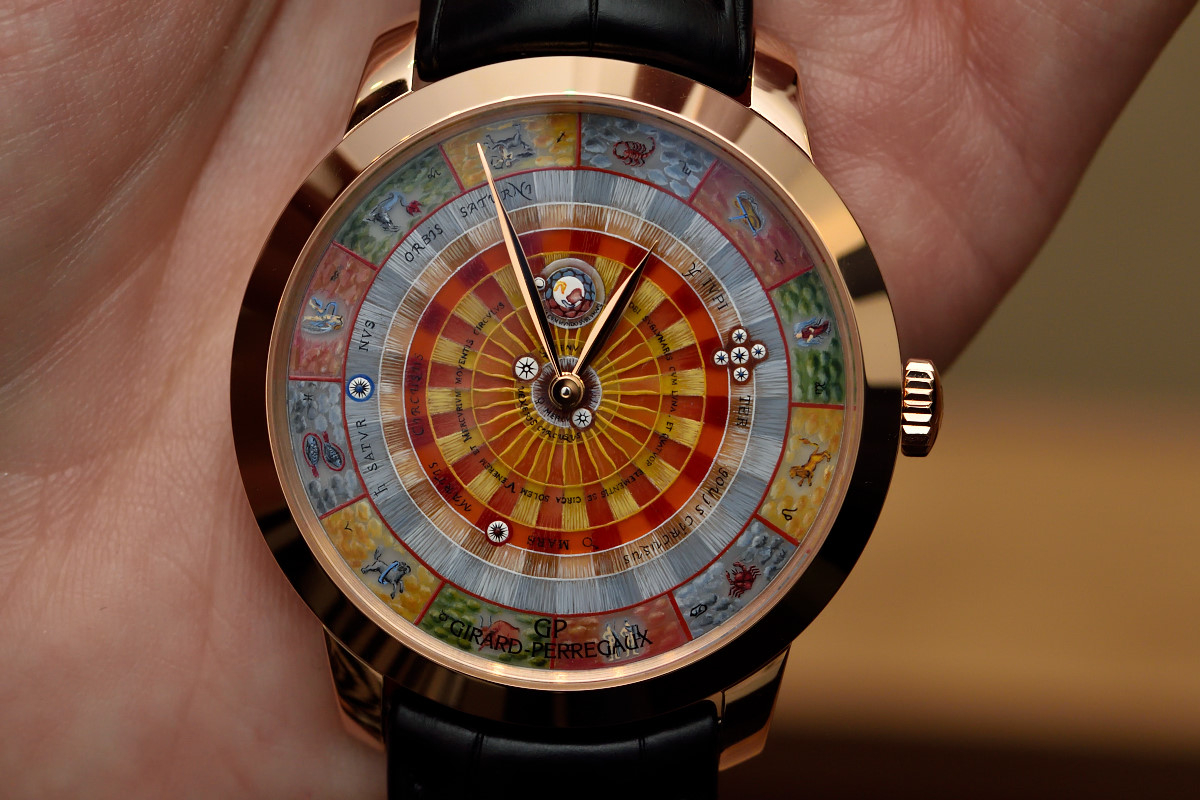 Girard-Perregaux is 225 years old this year, but they have managed to stay fresh and interesting. This was clearly my impression when I met their Young Masters during my visit in La Chaux-de-Fonds. The high time was celebrated with a wide range of novelties at Baselworld 2016, including the Esmeralda Tourbillon, an exceptional “haute horlogerie” creation referencing a 19th century pocket watch, or the new Laureato, as was an anniversary edition of the 1966, the Cat’s Eyes Majestic and many more.

The beautifully decorated pieces from the “Chamber of Wonders” collection depicted different archaic maps in 2015. We opened the chamber again in 2016, and what we found was equally amazing.

The so-called “Cabinet of Curiosities” was the predecessor of today’s museums. Albeit collections were gathered even in ancient cultures, the Renaissance brought to life the first ever selections which were very similar to the modern definition of what a museum is. The Wunderkammer or curiosity cabinets were collections of rare, valuable, historically important or unusual objects. Girard-Perregaux made a tribute to these Cabinets with the artistic Chamber of Wonders collection.

The three new 1966 pink gold, 40mm timepieces were inspired by the visions of scholars and famous figures throughout the history of humanity.

Center of the Universe Earth

One of the most influential Greek astronomers, mathematicians, and geographers of his time, Claudius Ptolemy (ca. AD 100 – 170) was famous for his geocentric theory, the model of the Earth-centred solar system. According to him the Earth was the centre of not only the solar system, but the entire universe. The Ptolemaic model accounted for the apparent motions of the planets in a very direct way, by assuming that each planet moved on a small sphere or circle. The stars, it was hypothesized, moved on a celestial sphere around the outside of the planetary spheres.

The artistic motifs on the dial were created using stone marquetry: very thin pieces of aventurine, lapis lazuli and mother-of-pearl. A miniature painter reproduced the contours of the known Earth and the Sun‘s route around it with various paints and gold powder. 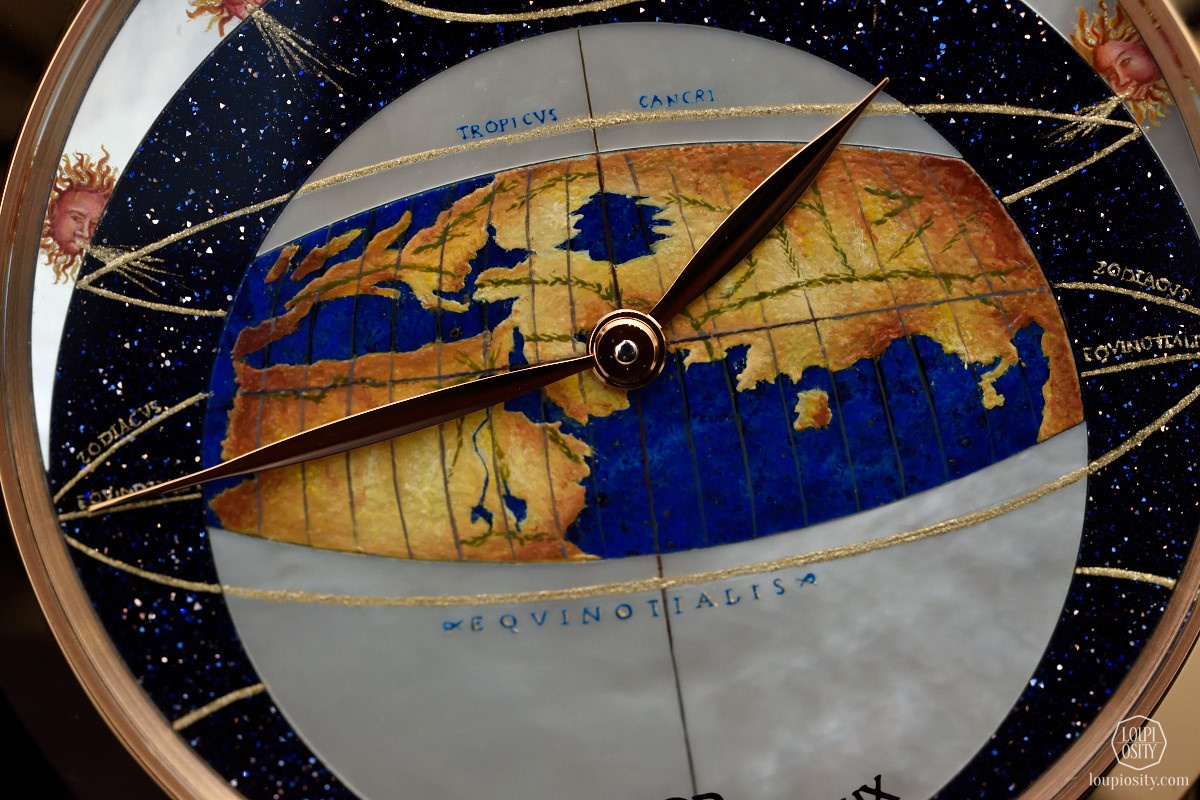 Centre of the Universe Sun

Nicolaus Copernicus (1473 – 1543) was a Renaissance mathematician and astronomer known for the Sun-centred model of the universe.

The dial of this watch depicts the Sun in the centre right on the axis of the hands. The planets of the solar system orbit on concentric stripes and the zodiac signs are placed beyond the Saturn. They are stone marquetry with grey jade, cornelian, orange aventurine, orange jasper and miniature painting. 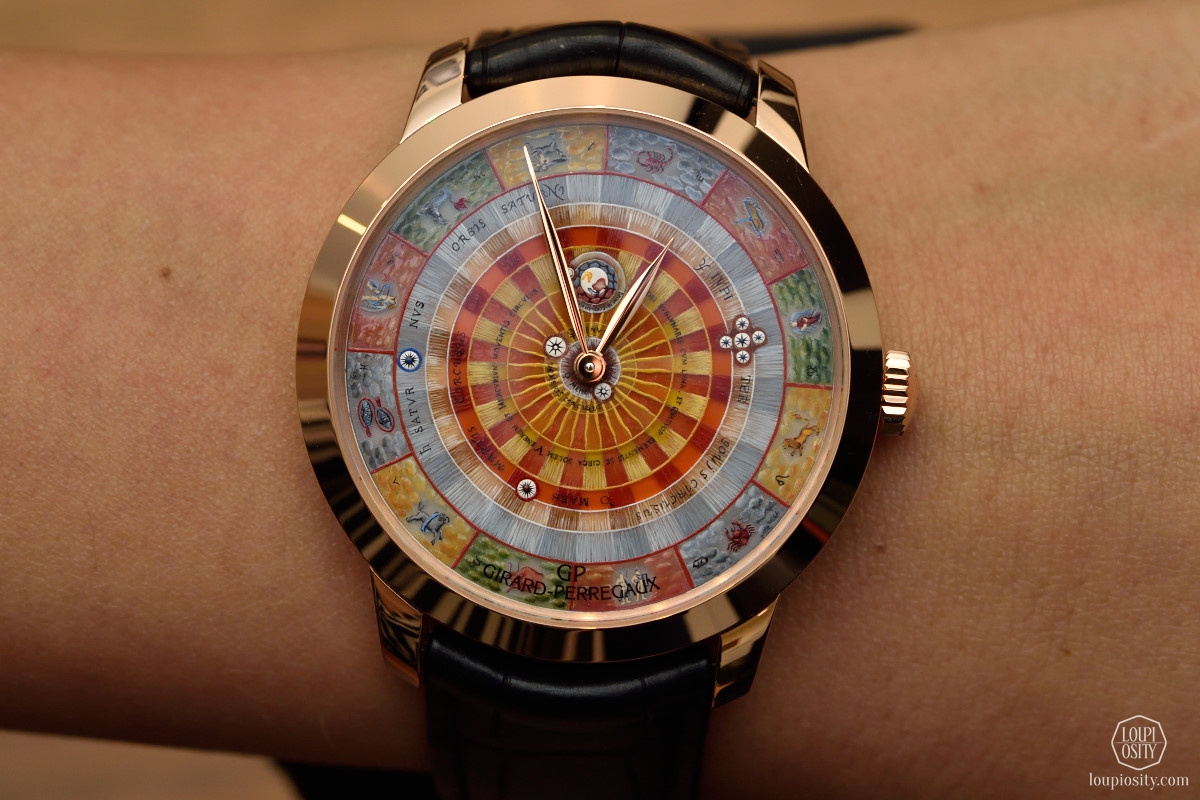 Vincenzo Maria Coronelli (1650-1718) was an Italian Franciscan monk, who published many works as a cosmographer, cartographer and encyclopaedist. He created two giant globes for the Sun King, Louis XIV (1638 – 1715). One of them, the Celestial Globe shows the sky as it was seen on 5th of September 1638, on the birthday of “Louis the Great”. The illustrations were made by Jean-Baptiste Corneille (French Baroque Painter, ca.1649-1695).

Girard-Perregaux visualized the same picture on its Celestial Globe timepiece using hand-painting and with lines engraved and filled with gold powder. 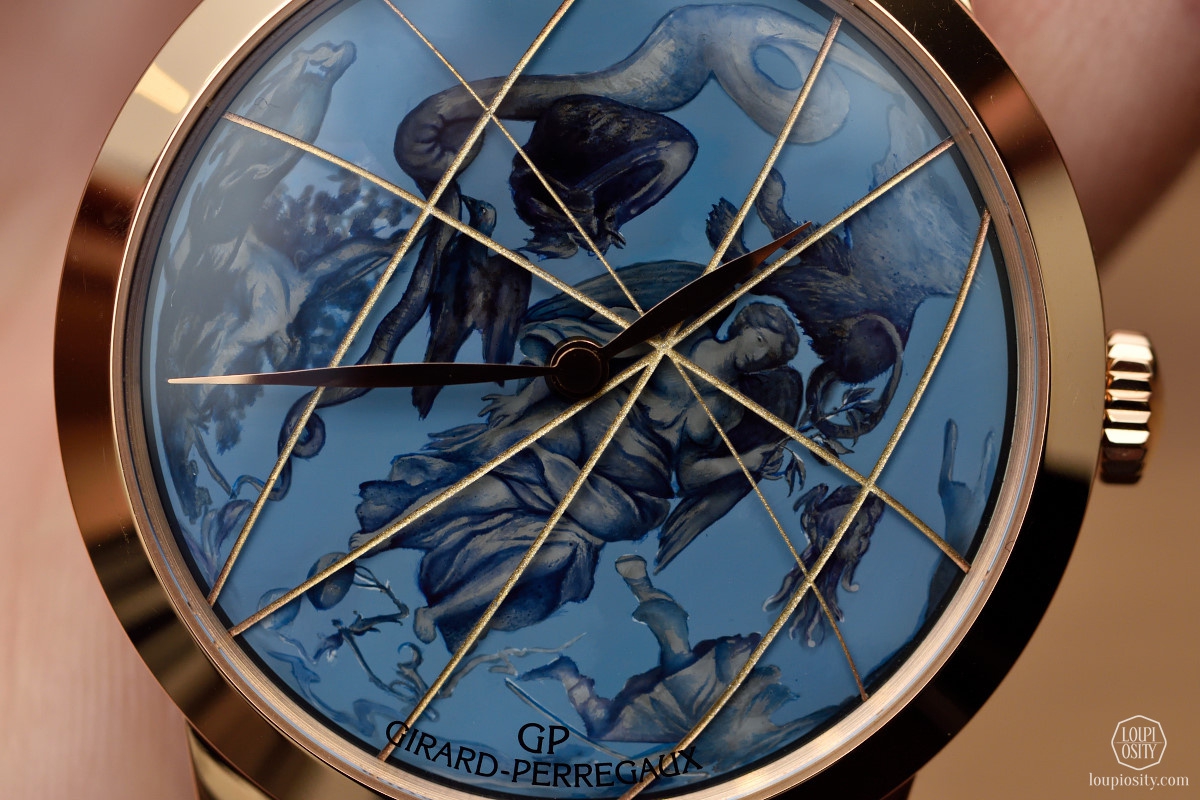 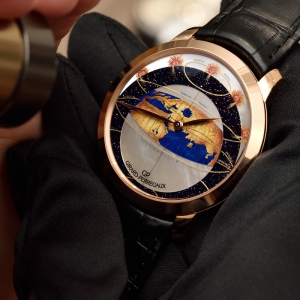 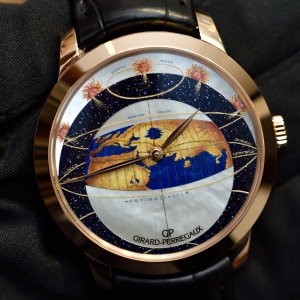 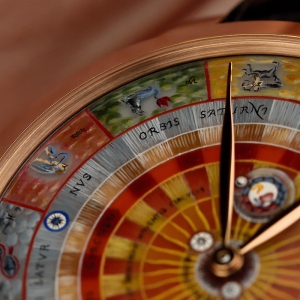 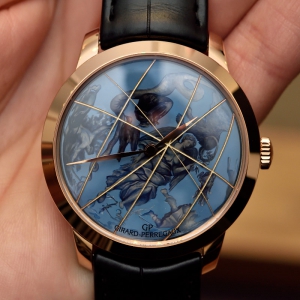 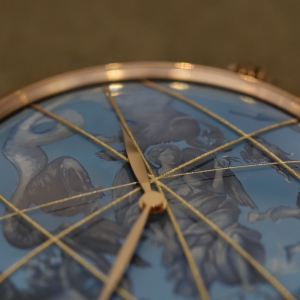 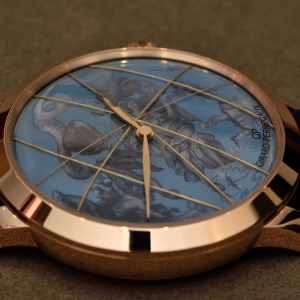 Girard-Perregaux Free Bridge & Infinity Editions On the occasion of the Geneva Watch Days, Girard-Perregaux showcased the new Free Bridge model and a ‘capsule’ collection including a special edition of their existing models.Girard-Perregaux: changing strategy We met Patrick Pruniaux CEO of Kering’s watch brands Girard-Perregaux and Ulysse Nardin in La Chaux-de-Fonds to hear about the new strategy of GP.Cartier Métiers d'Art - Watches & Wonders The Cartier artisans in La Chaux-de-Fonds every year reveal new ‘Métiers d’Art’ watches, using very special techniques and showcasing different reinterpretations of the panther - the emblematic animal of the Maison.