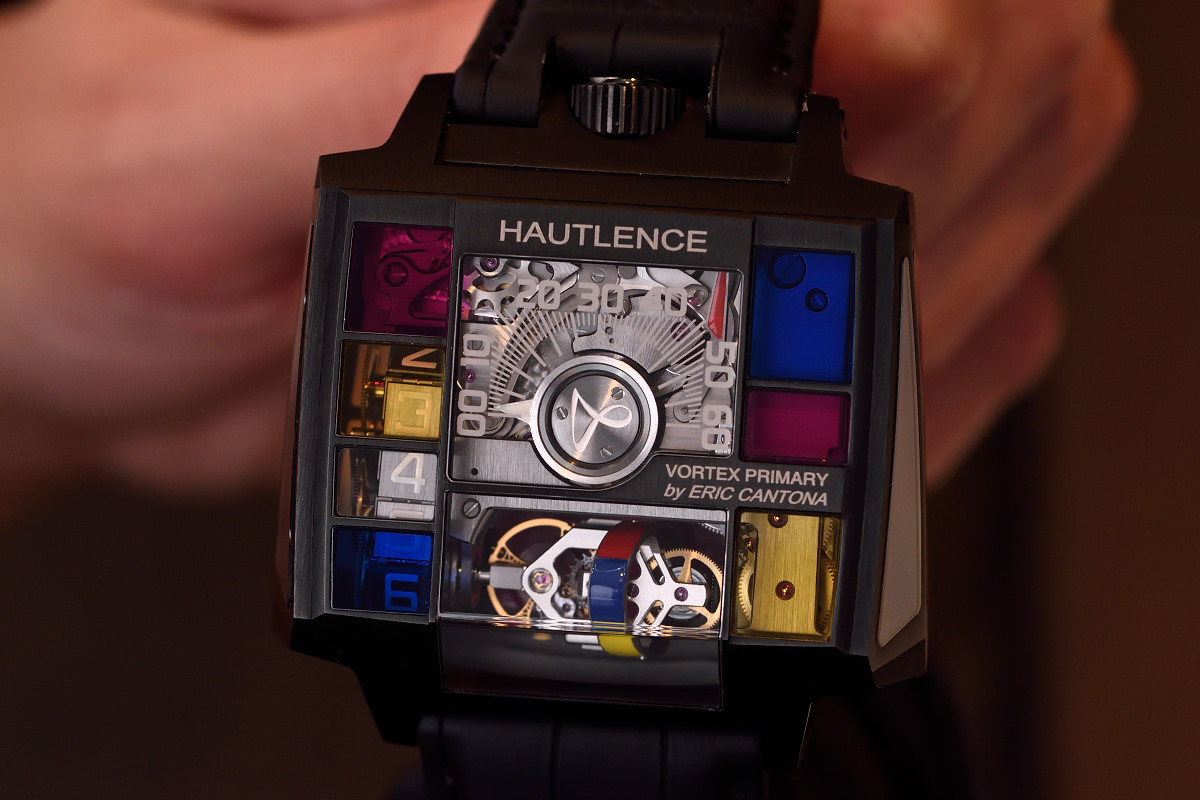 Hautlence was born in 2004 as an anagram of Neuchâtel. Well, more like the brain-child of Guillaume Tetu, Sandro Reginelli and Renaud de Retz. Although the products have been quite ingenious, the history of the small brand has been hectic. Reginelli left early, followed by Retz in 2008 leaving all business matters to Guillaume Tetu, a product guy. In 2012 MELB Holding, owned by the Meyland family, took over Hautlence and set new directions for the company.

Just before SIHH 2016 the announcement of Tetu’s departure was made, who will concentrate once again on product development at Ralph Lauren. His replacement is Sandro Reginelli, who comes back to Hautlence after 11 years.

The involvement of MELB certainly had a clearing effect on the brand, which produced nice high-end timepieces, but was struggling to send consistent messages to the market. The product line was consolidated into three main collections: the Concepts d’Exception is dedicated to crazy, revolutionary haute horlogerie ideas (such as the HL 2.6). One level below the Atelier, also has in-house movements and innovative time-displays, complications and materials. Signature is the entry-level collection, yet imprinted with the Hautlance DNA, but they are powered by calibres from independent partners.

The communication strategy had also changed and Hautlence started to focus on men not taking the usual paths with the new “Gentlemen Rebels Club” and the Owners Club offering special membership benefits. “CROSS THE LINE” became the slogan and the show received a characteristic face who has lived it up to the motto, Eric Cantona.

King Eric, formally a footballer, is a multifaceted actor, artist and art collector. He is a very strong, enigmatic but controversial figure – just like the brand itself.

Eric Cantona is one of the most successful French soccer players, who also played in the French national team. The notorious striker has been praised as the one who brought back the trophies to one of the world’s most famous soccer clubs, Manchester United. He won four Premier League titles in five years and two League and FA Cup Doubles.

As the ManUTD Club describes: “Le Roi. Le Dieu. Or good old – but never, ever, plain old – Eric. Whatever you want to call Monsieur Cantona, the Frenchman’s four-and-a-half seasons at Old Trafford are the stuff of legends. The No.7 shirt collar as stiffly upright as if it had been starched, that imperious look, theatrical swagger and poise, Eric Cantona was born to play for Manchester United.”

Jean-Marie, Eric and Joel the three Cantona brothers together established a film production company, which took up a great image short film for the duo of Hautlence & Eric Cantona.

Cantona is involved in collecting art, especially contemporary and street art. He started when he was just 22 years old and today he possess more than a hundred works, including Banksy or Jef Aérosol. By the way some of these were hanging on the walls of the Hautlence booth at SIHH. 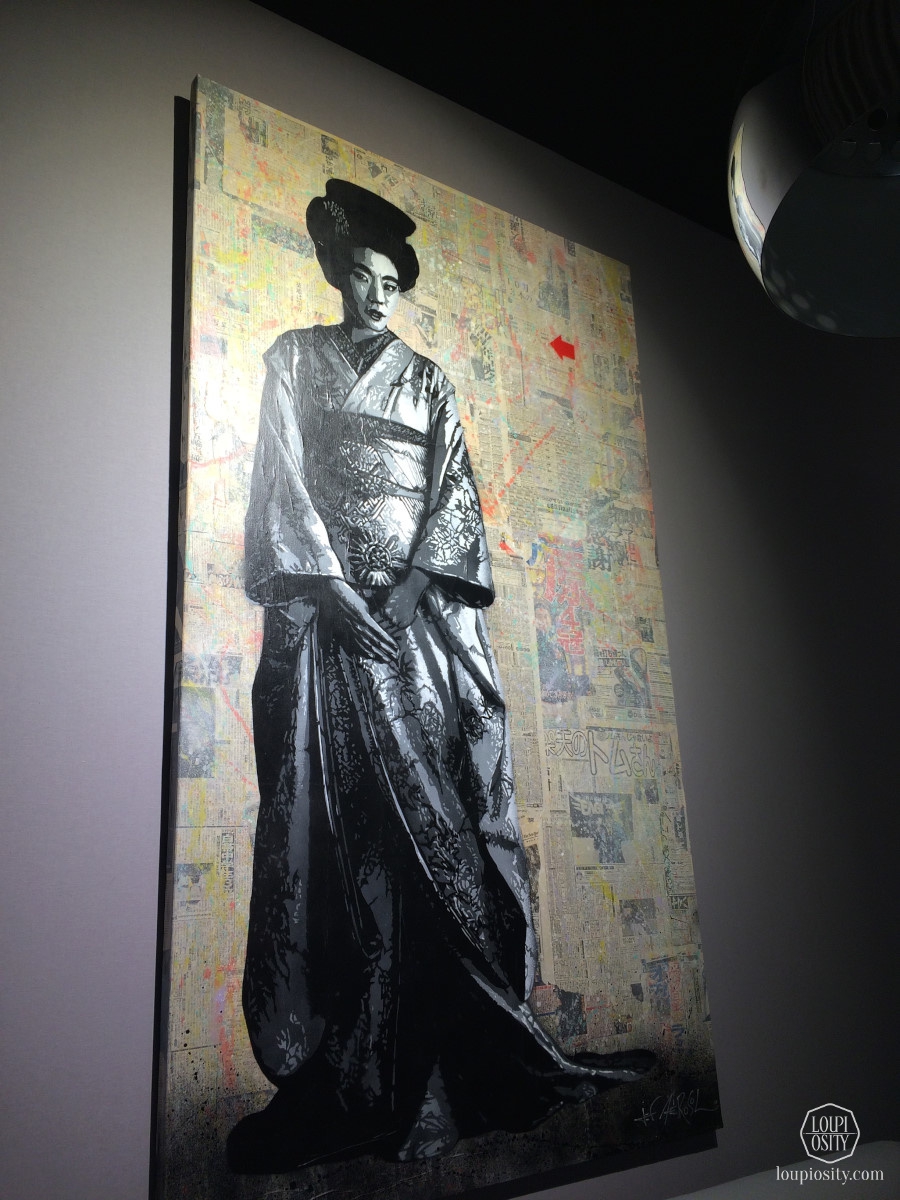 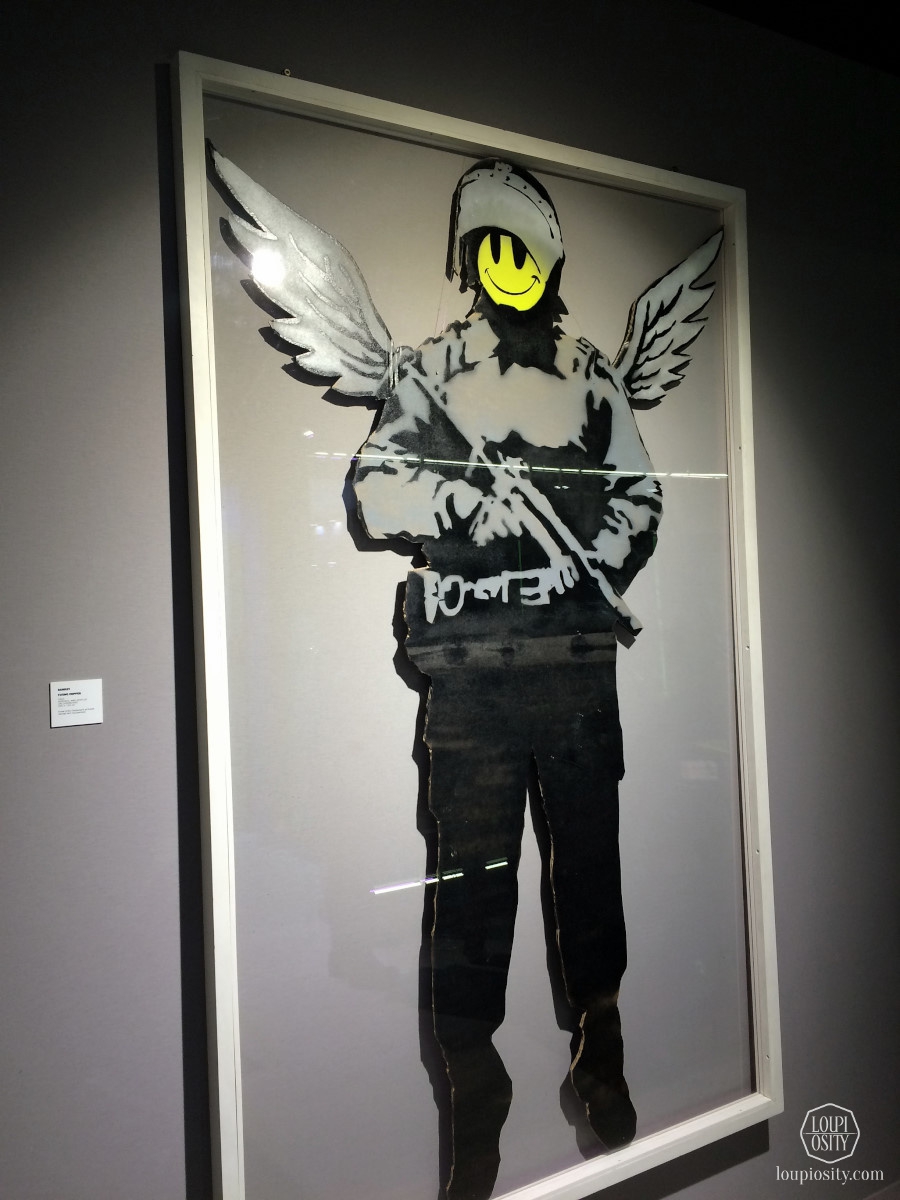 In relation to Hautlence he also became involved with the creative process of the timepieces bearing his signature, the Invictus by Eric Cantona and now the new VORTEX PRIMARY.

VORTEX PRIMARY is an 18-piece limited work of art. It reminds me a little of Le Corbusier’s architectures such as the Centre Le Corbusier in Zurich. (Charles-Édouard Jeanneret-Gris, aka Le Corbusier was a Swiss-French architect, designer, painter, urban planner, writer, and one of the pioneers of modern architecture. Buildings and cities across Europe, America and India bear the touch of his hands.) 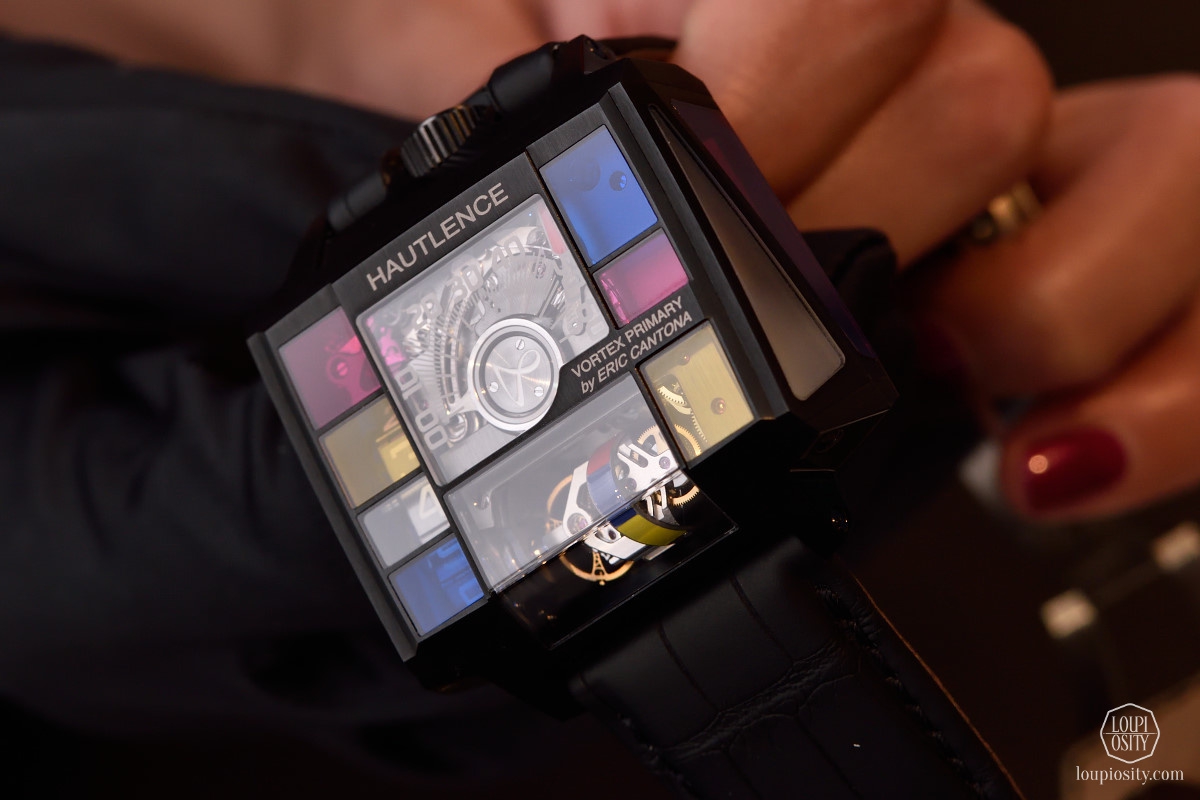 As it is typical to Hautlence’s Concept d’Exception line, VORTEX includes a highly complex and mesmerizing movement, their HL2.0, and large windows to let the wearer enjoy the tiniest movement, too. The 12-link chain of the half-trailing hours is set vertically and its turn is animated in 3-4 seconds. It moves together with the escapement below the retrograde minute hand.

Cantona’s version has the Le Corbusier type of window setting and combines the base-colours: red, blue and yellow. There are 19 different glass panels made of sapphire, ruby, and blue spinel. The case is black PVD-coated grade 5 titanium and for this reason it only weighs 48 grams.

At the SIHH another version, the VORTEX 02 was also revealed, with a case made of 18-carat 5N+ red gold. 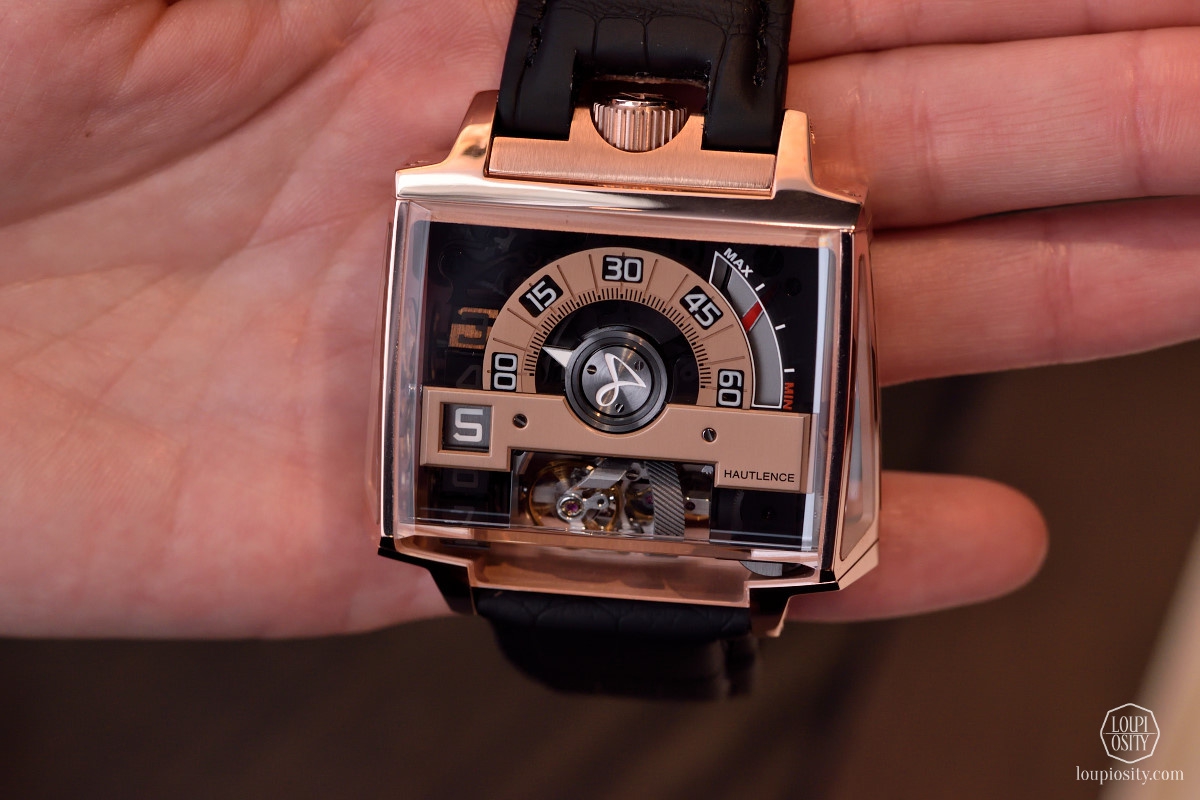 Hautlence introduced other novelties at SIHH 2016 too. The high-end HL 2.x continued with the HL 2.6 18-carat 5N+ edition that includes the same calibre as the VORTEX. Building on the synergies with H. Moser & Cie. (owned by MELB Holding, too) Hautlence issued a new Tourbillon model with H. Moser’s Calibre HMC 802 in it. It comes in two colour versions. Finally, the 4th edition of INVICTUS was also presented, providing a new black & red colour version in the Signature entry collection. We’ll cover these later on. 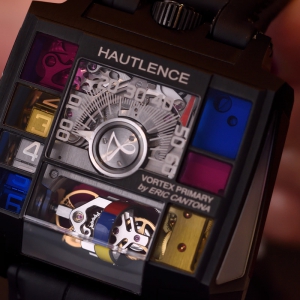 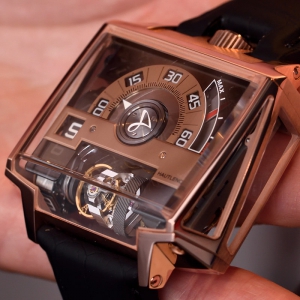 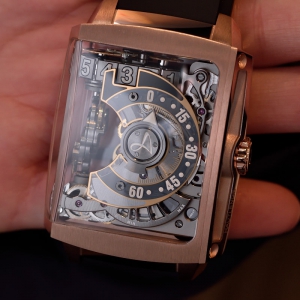 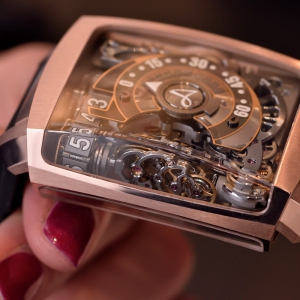 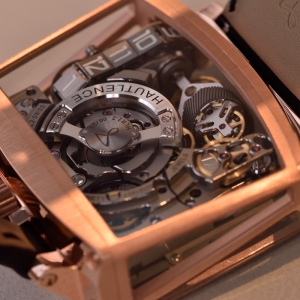 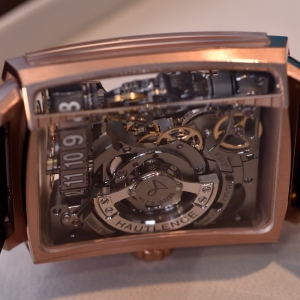 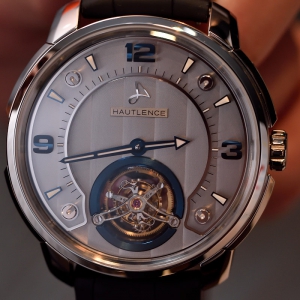 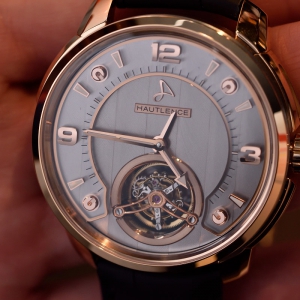 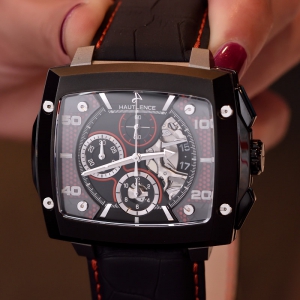 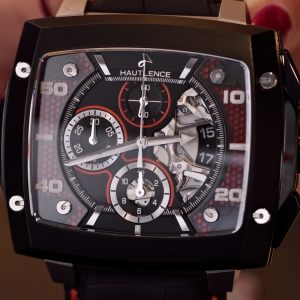 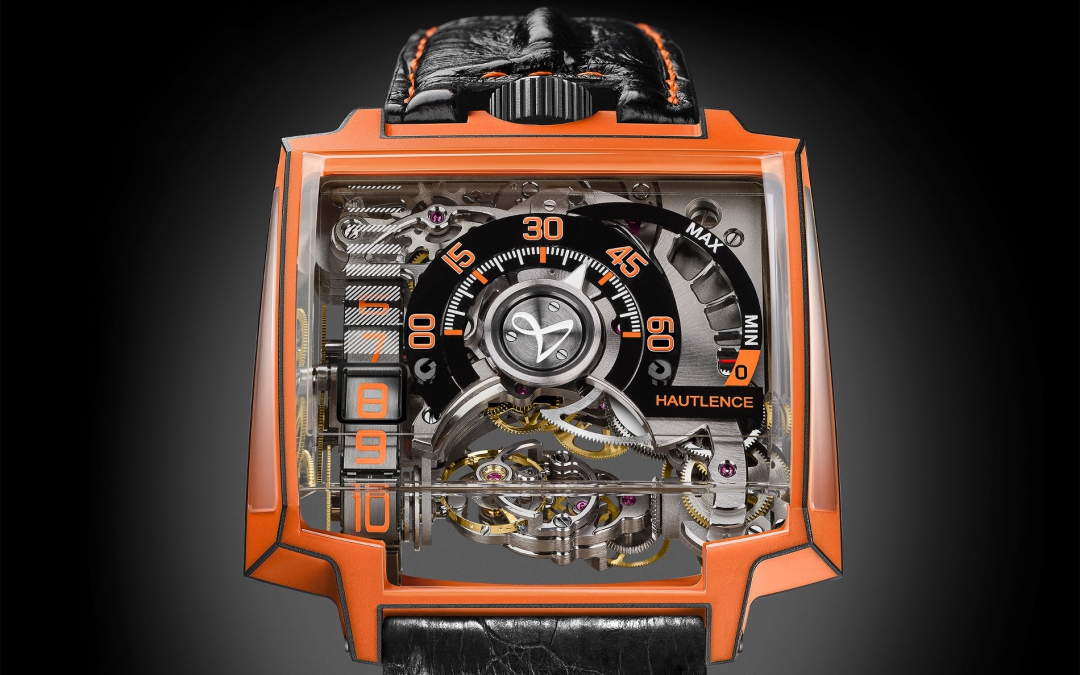 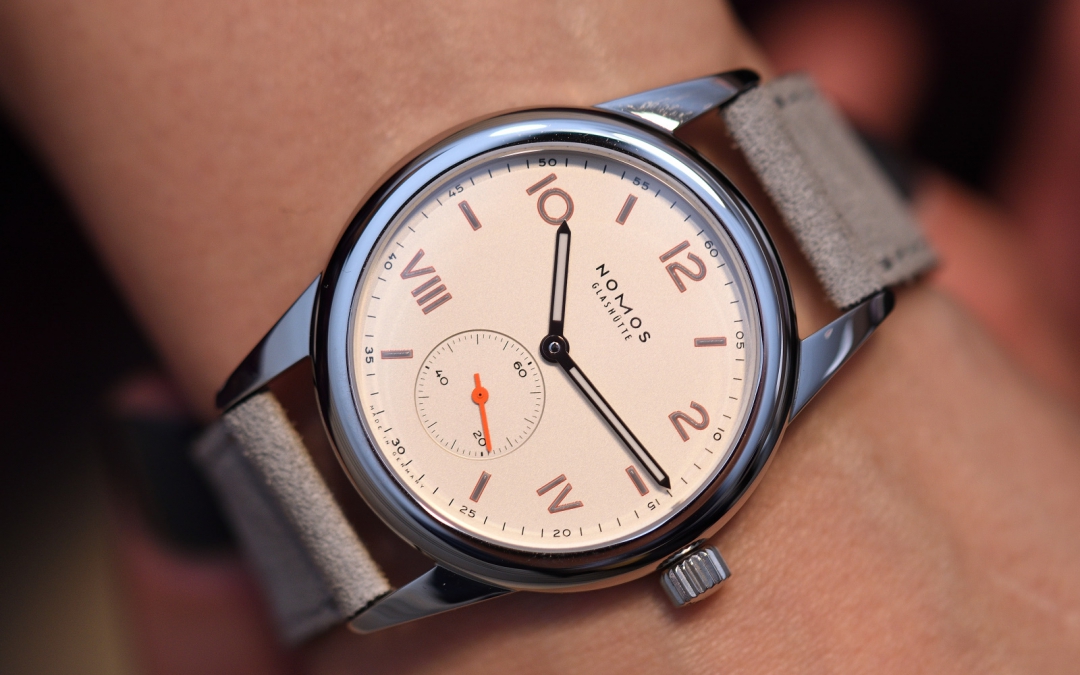 Nomos Glashütte Campus With the new Club Campus collection ready for the graduation season, NOMOS Glashütte is planting the love and care for mechanical timepieces early on. 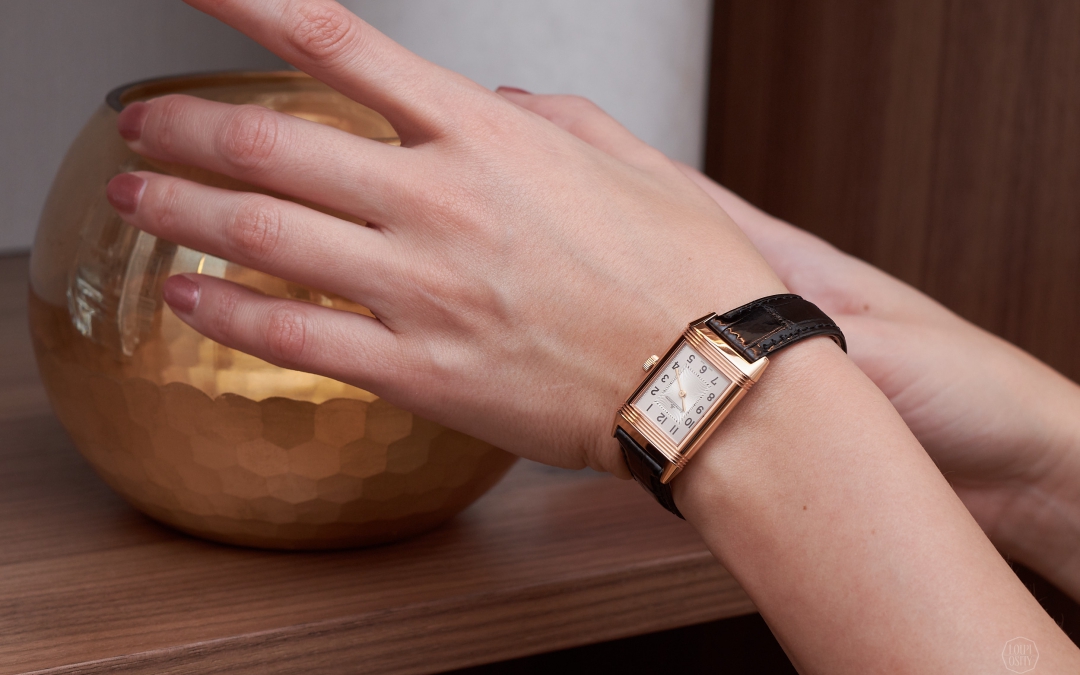