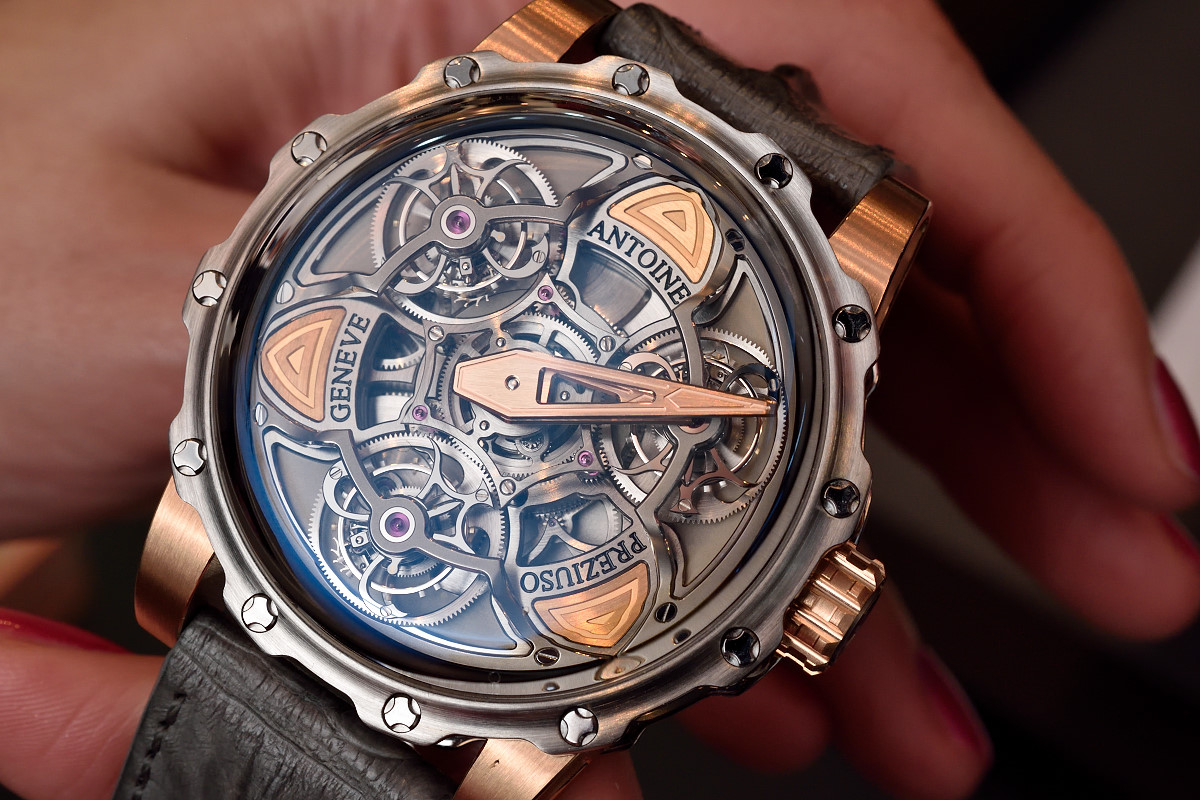 Normally, when you buy a timepiece, the choice is made based on not only mechanics, material and decoration – there’s a great deal of brand image being evaluated, too. The funky thing with independent watchmakers is that a great chunk of the image is in fact the gleam in the eyes of its master standing in front of you. One glance tells you about sweat, dreams, stories, joy as well as disappointments, reliefs and future plans and will convey that of those few rowing the same boat and sharing the same beliefs.

Just like at my favourite coffee shops run by families (like Bertoni in Balmain, Sydney) the experience is rather direct – the same people who decide on product lines, ingredients and investments are delivering you the product you purchased. Everything depends on very few individuals whose tastes are subjective and their drivers for quality are not written rules and guidelines, but unquestionable faith in giving the best to customers. They do have an emotional attachment to what they produce and that is exactly what their eyes tell you when it gets handed over to you.

Obtaining a timepiece made by an independent manufacture is a statement and also tells much about the buyer themselves. Free spirits on the wings of individuality have a great number of boutique brands to choose from these days; some say that the variety might even be too big. What is certain is that Baselworld has traditionally been a fair for market introductions and 2015 arrived yet again with a strong line-up of creations in the Palace and in Hall 2.0.

In this part, we’d like to introduce you to two charming families and their mechanical children.

A family brand with 20 candles on the anniversary cake this year, Antoine Preziuso is a great example of a successful boutique manufacture. Having guided the little ship of his workshop through two decades of volatile markets, while remaining creative and planting the same spirit in the new generation, Antoine is a successful man. He works with his daughter Laura, his wife May and his son Florian.

The parallel between the Preziusos and the Bertoni-boys is quite visible; what’s more even the Italian-rooted loud and friendly atmosphere surrounding is similar.

To sit the anniversary of his first presentation at Baselworld in 1995 Antoine produced the AFP-TTR3X calibre with Florian. Having followed the creation of the timepiece on Facebook I was pretty excited to finally hold it in my hand at the show.

The predecessor of the present timepiece was an eight-shaped watch that had three tourbillons revolving in its lower sphere. The Tourbillon of Tourbillons AFP-TTR3X, which let the regulators dance on its entire surface, had to wait until the 3 patents incorporated in the mechanism were granted. A central triple-differential gear drives the revolving plate that hosts three 60-second tourbillons. The plate makes one complete circle in every 10 minutes. The 45 components of the waterproof case are made of steel, 18k gold and titanium.

No doubt, father and son had a great time designing this fantastic timepiece. The mark of their united energies, the new AFP logo on the crown, will remind you of that every time you wind up the two barrels. 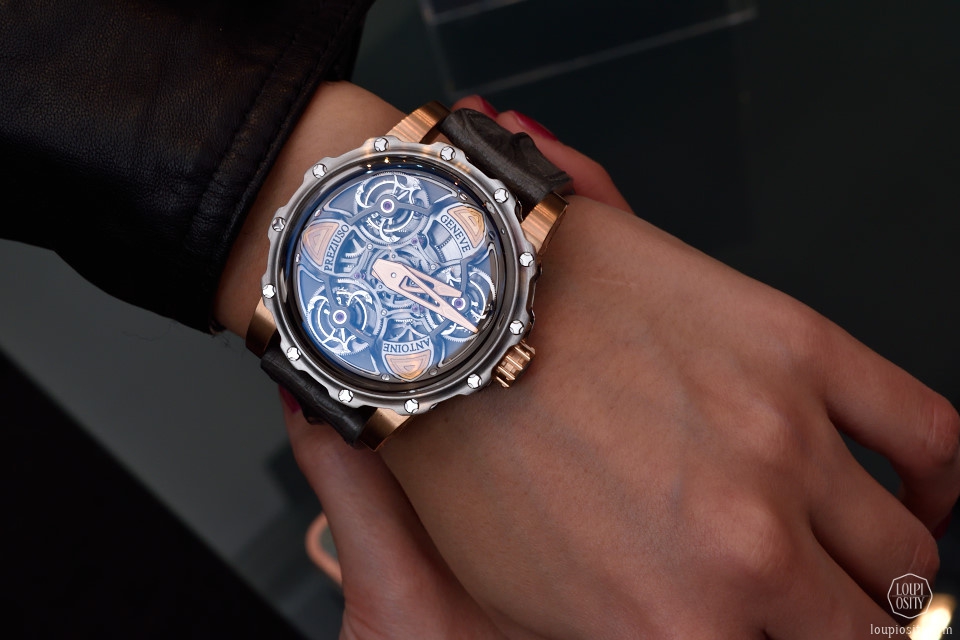 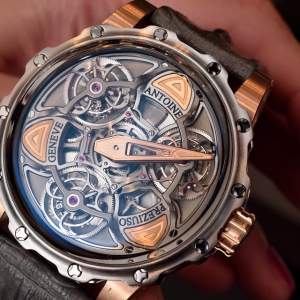 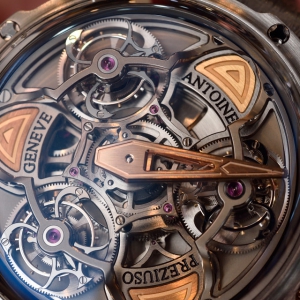 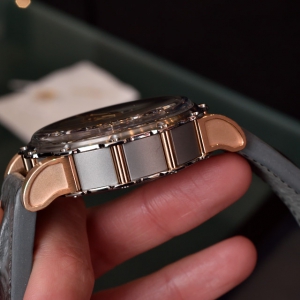 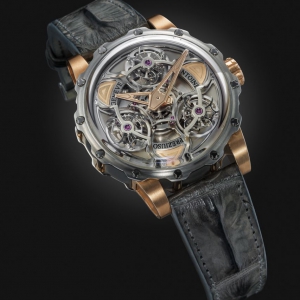 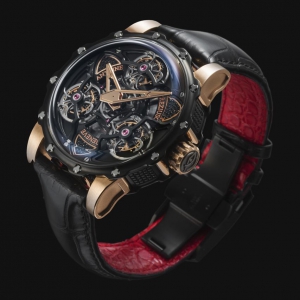 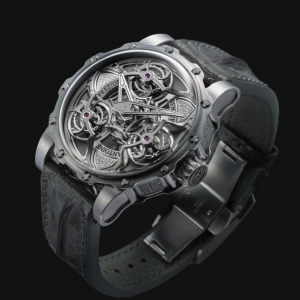 The name Dubuis is well known in the Vallée de Joux and beyond. Dubois Dépraz has been a complications manufacturer since 1901, who supplies to top brands, such as Audemars Piguet, Jaeger-LeCoultre, Richard Mille, Breitling and many more. While Pascal and Jean-Philippe Dubuis (the family’s fourth generation) run Dubois Dépraz today, their brother Pierre has taken a different route. Having studied as a sports teacher and economist he had worked in a Swiss bank and later joined Audemars Piguet as CFO. After 15 years at AP he and his wife Carole founded their own watchmaking company, Pierre DeRoche, based on a particular movement from his brothers.

We met Pierre and Carole – a very amiable couple – in Basel. This year they let themselves be inspired by a troublemaker duo that made history in the US in the 1930s with a rather different profession. Bonnie & Clyde, whose legend was established by the photos discovered at their hideouts, their robberies and wild chases, even today smuggle their names into songs, and their profiles into movies. The two rebels have been summoned in the TNT Royal Retro 43 Bonnie and TNT Royal Retro 43 Clyde this year – two coloured versions of the same timepiece.

The gang was famous for tricking the local police by zig-zagging among the states, where local officers were not allowed to follow. The chase is brought alive by the six retrograde second hands, sweeping a 10 seconds arch each. It is operated by an automatic Dubois Dépraz calibre, which beyond time provides a date function, too. The case is black coated titanium and the bezel is a new composite material, called itr²®. It is 4 times lighter than titanium and is transparent as it is built from carbon nanocubes. The black and white colour appears once it is charged with carbon or ceramic particles. Bonnie and Clyde are limited to 101 pieces each. 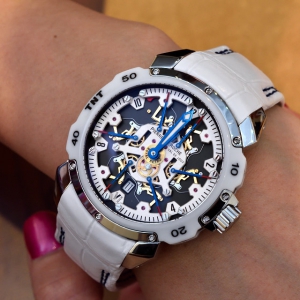 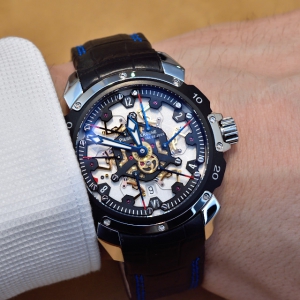 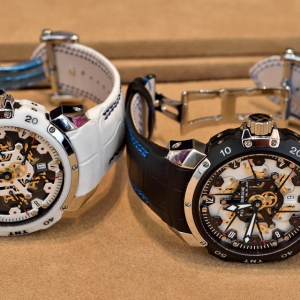 It’s inspiring to see how the new generations are given opportunity and ever greater responsibility to help the family businesses. Some lend their hands to the stands dutifully for an entire Baselworld week; others are already designing new watches. 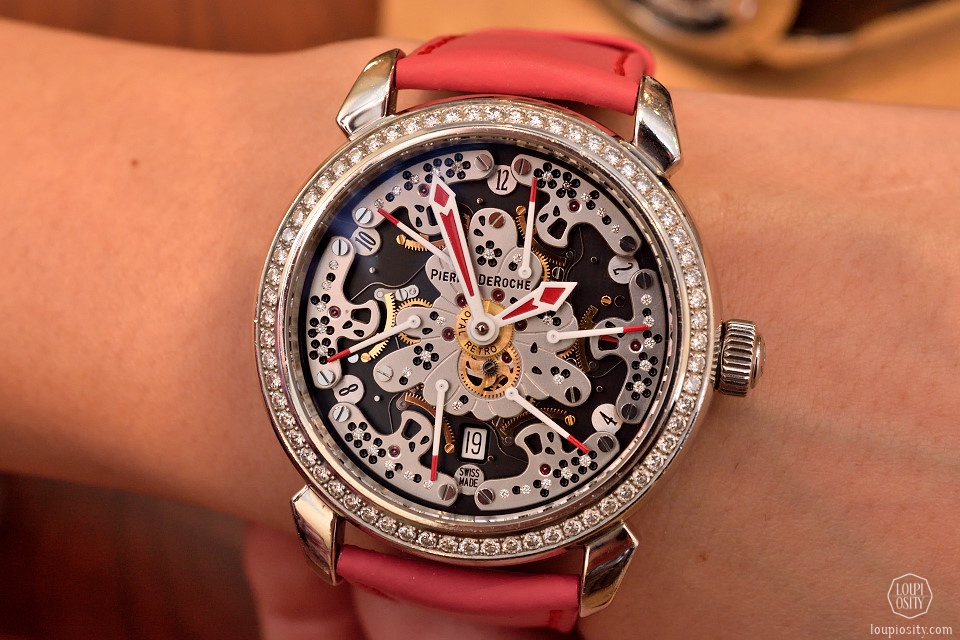 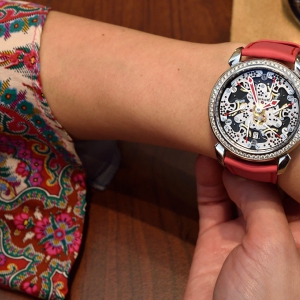 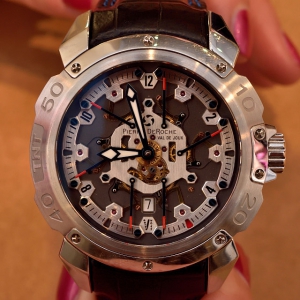 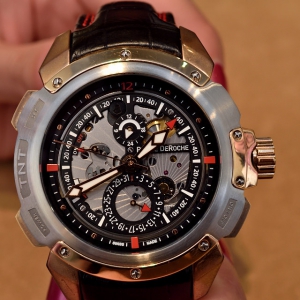 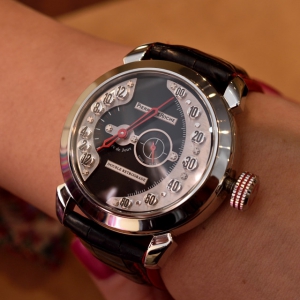 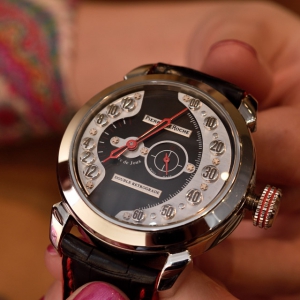 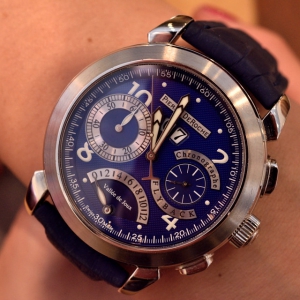 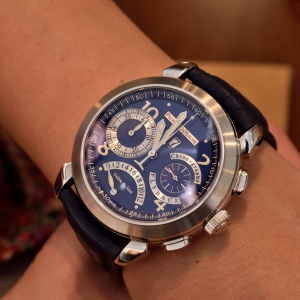 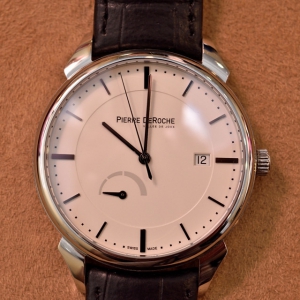 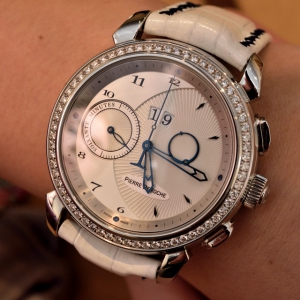 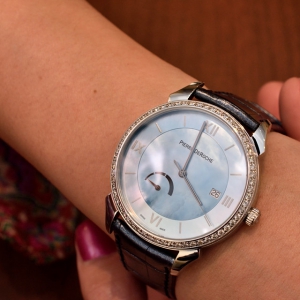 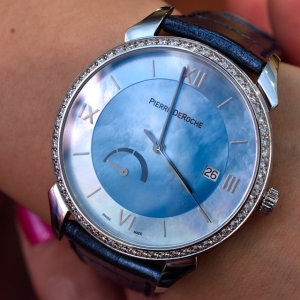 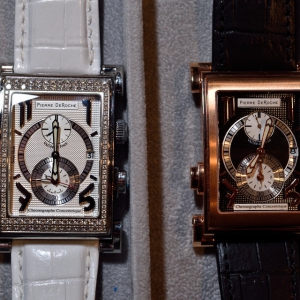 Greubel Forsey - Balancier S Greubel Forsey unveils the new Balancier S featuring a large, high precision and inclined balance wheel within a water resistant titanium case tailored for the most active lifestyle.Glashütte Original at Baselworld 2018 This year Glashütte Original brought newly designed versions of its successful classics. The two most interesting novelties were the Senator Excellence Perpetual Calendar in white gold and annual editions of the Sixties and Sixties Panorama Date models with striking green dials.Time Æon Foundation Time Æon is an initiative aiming to save the soon extinct traditional watchmaking know-how that once shaped timepieces. At the SIHH 2019 we spoke with David Bernard, director of the Time Æon Foundation about their past and future projects.