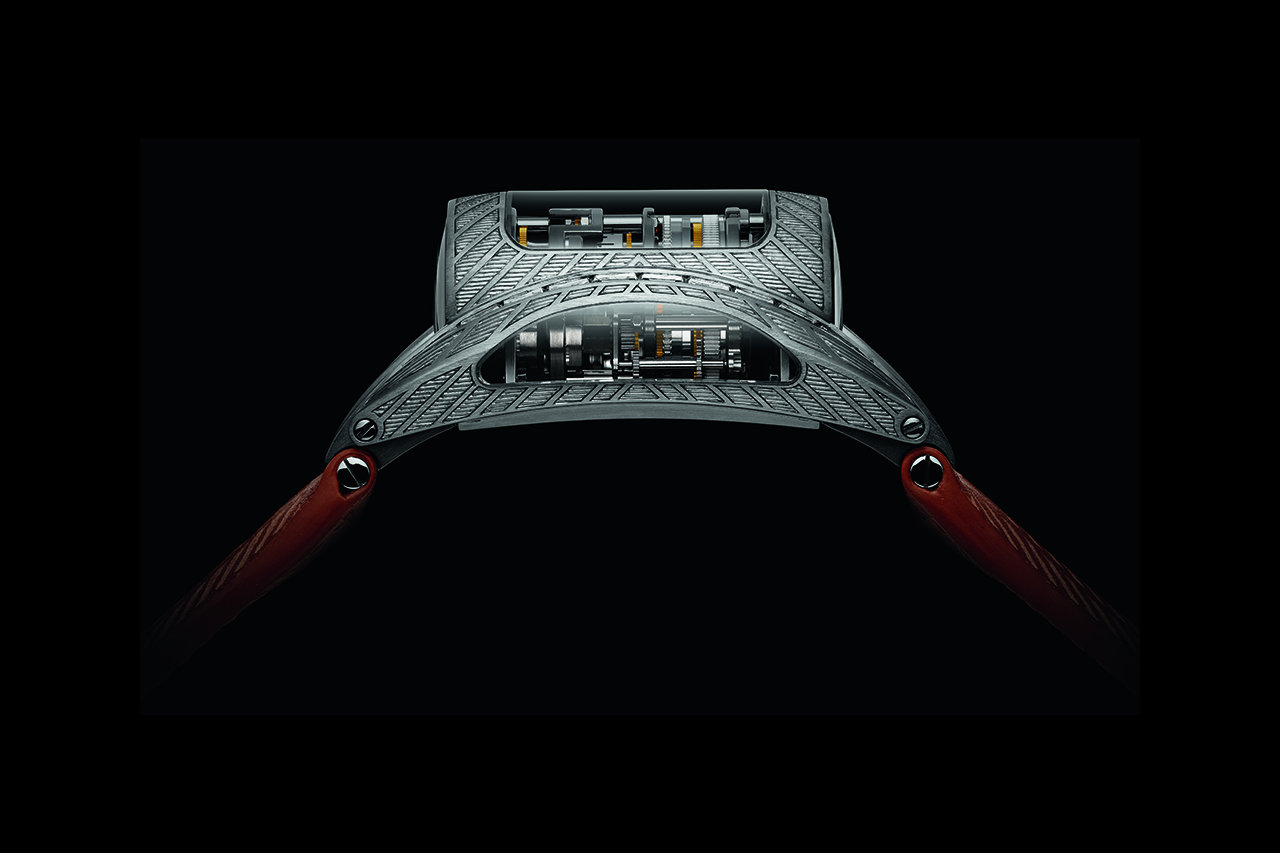 Bugatti is a dream for every little car-mad boy (and girl). When I was little one of my brother’s most precious possessions was a matchbox version of the Type 41, La Royale. We started the enthusiasm rather early… The 1926 car or the 1938 Type 57SC Atlantic were models of the period between the two world wars, with characteristic Art Deco elements. The precision of the chassis, the lines, shapes and the luxe comfort of the interior are perfect embodiments of the style of this period.

Bugatti was established in 1909 by Ettore Bugatti from Milan in Molsheim (then Germany later France after the WWI). They produced approximately 8,000 vehicles in the first half of the 20th century, almost without exception with the most precise hand-craft, in a manufacture setting.  The original company designed aircraft engines during WWI, and then fell during WWII like many other luxury brands of the time. It was acquired in the 1960s for its aircraft parts manufacturing division.

The company specializing in producing unique and high-performance vehicles is now an elite brand of the Volkswagen Group. In 2005 they began to produce the new super sports cars named after Pierre Veyron. The cabriolet version made its debut in 2009 under the GrandSport name. Currently, the strongest version of the Veyron, the 1300 horsepower SuperSport set a world record in 2010 with 431,072 km/h. (Unofficially the Hennessey Venom GT has since broke the record with 435 km/h). Bugatti only ever planned to sell 450 Veyrons, and they will unveil the 450th and final Veyron at next month’s Geneva Motor Show 2015.

The cooperation of Parmigiani and Bugatti became official in 2004, based on the shared values of technical excellence, artistic design, elegance and very high standards. Since then several models have been created such as the Aerolithe or the Supersport. The latter was inspired by the supercar Veyron; it imposes its aesthetic with parts arranged like a transversal engine. The design and complex mechanical system reflect the avant-garde watchmaking style of Michael Parmigiani.

The 10th anniversary of the cooperation is celebrated with 3 unique timepieces. The Bugatti Mythe, the Bugatti Victoire and the Bugatti Révélation are not only exceptional watches but beautiful architectural compositions.

The Révélation is based on the grille of the Bugatti Veyron with its honeycomb structure comprised of tile diamonds shape. You can discover this pattern on the dial, above the tubular movement, and on the strap. Through the usage of a leather-making technique known as “debossing” which imprints a recess forming motif, Bugatti Révélation’s unique strap looks like car seat upholstery. 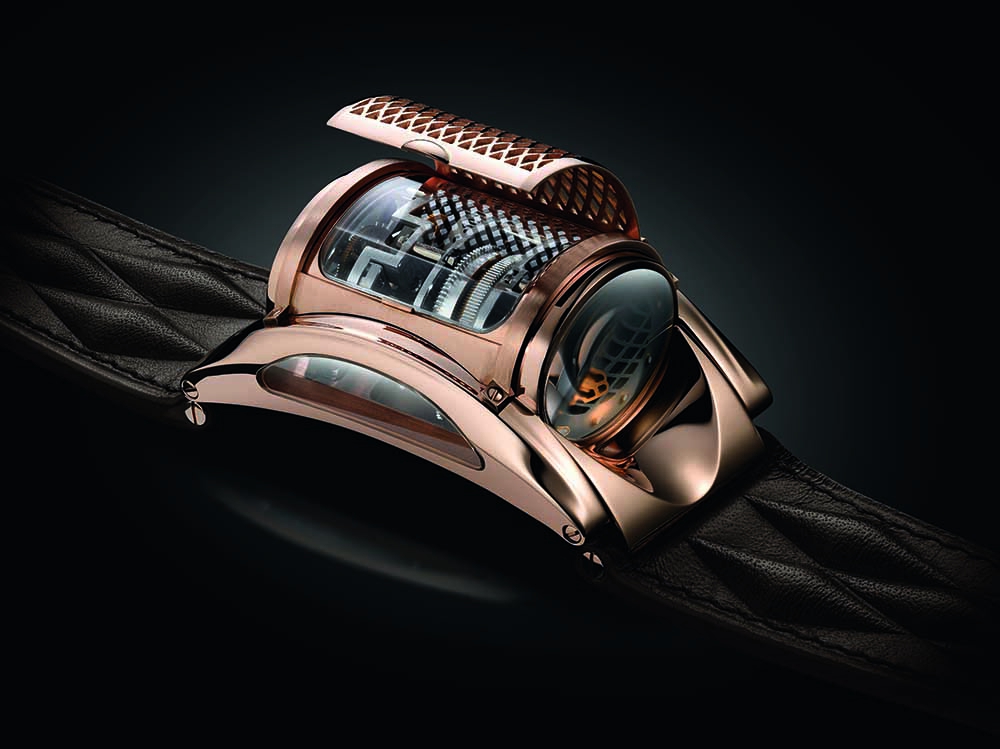 The Victoire as the name indicates is all about victory motifs. The V shape is reflected on the case and on the strap as well. The engraved satin finished gold case (almost black in colour) is set with diamonds on the two sides of the dial. The leather strap has been cut with the same V pattern, using a water jet cutting procedure. It is a preferred method when the materials being cut are sensitive to the high temperatures generated by other technique. 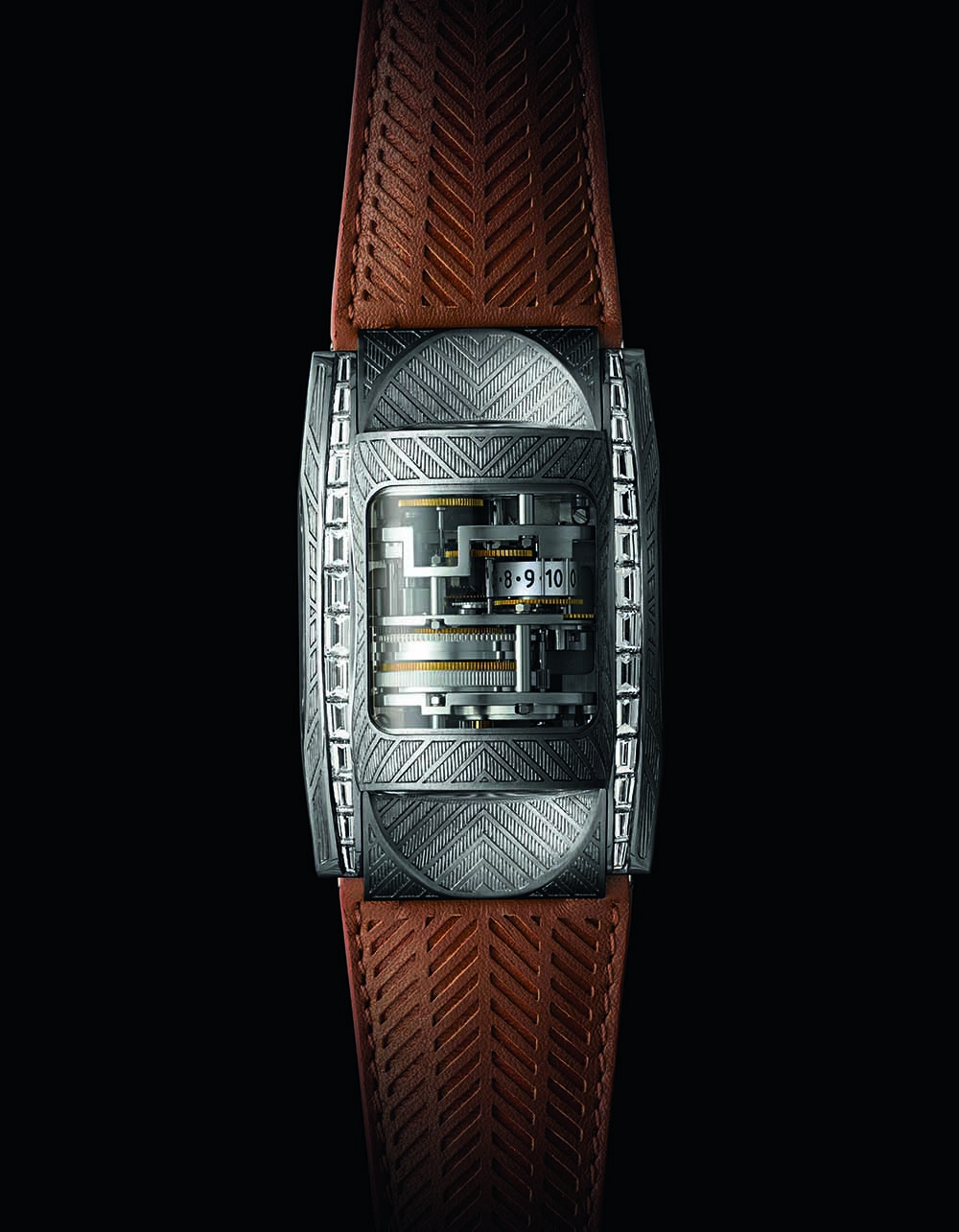 The most discrete, if that is an applicable term in this category, is the Mythe. It combines two surfaces; one is mottled anthracite grey and the other is burnished and golden. The lines on the dial pay tribute to the lines of Bugatti’s emblematic Type 57 grille. The beautiful Art Deco styling mirrors Bugatti’s first creations. 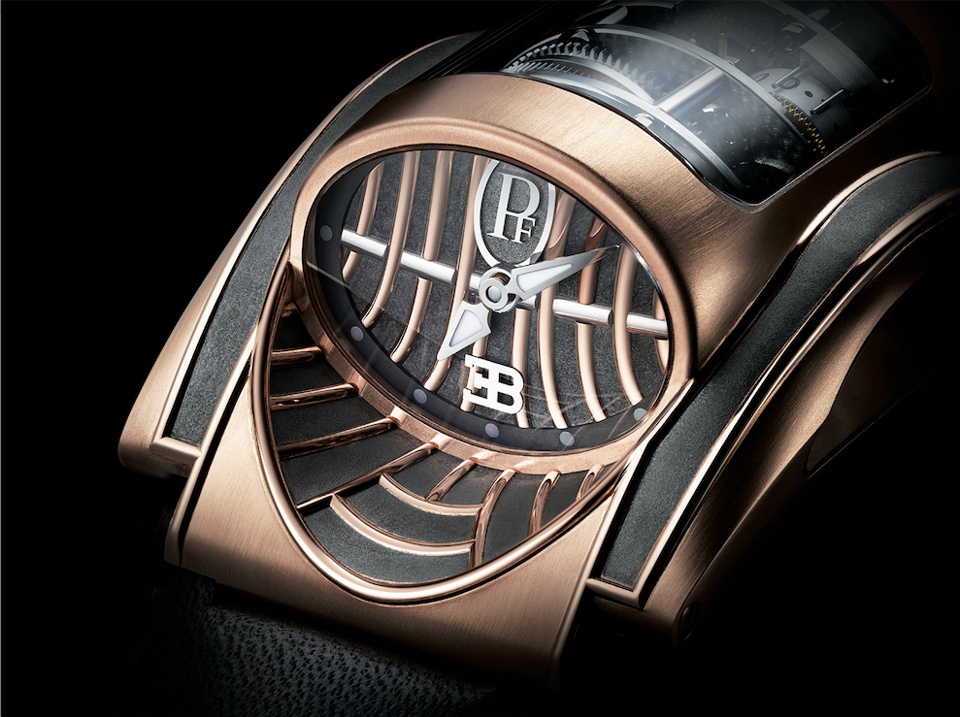 The three models house the manual-wounded PF 370 in-house movement, with a 10 days power-reserve (indicated on the side of a rotating drum). The winding and time-setting is manual, using a dynamometric starter. 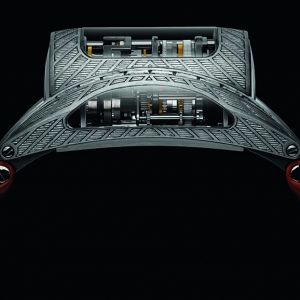 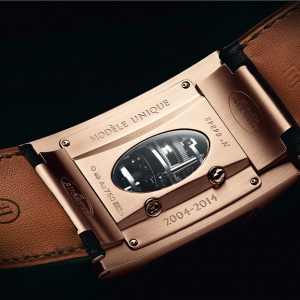 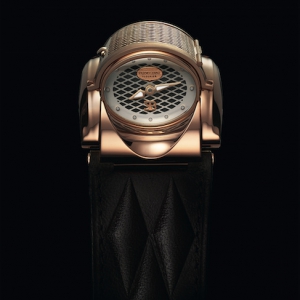 Photo credits: Parmigiani.
All registered trademarks are property of their respective owners.
All rights reserved.

Ressence Type 1 Squared X Ressence celebrates its 10th anniversary with the Collection X - four watches, released throughout the last months, each is limited to 40 pieces and shares the main dark olive-green colour-theme. Now here is the latest one, the Type 1 Squared X.Important Modern & Vintage Jewels auction by Antiquorum Antiquorum - established in 1974, Geneva - is well known for its niche in the auction world by offering collectors’ timepieces worldwide. Now the auction house has stepped in a new territory with its first jewellery auction. We visited them prior the 11 November sale.Ressence Type 1 Slim X Ressence was born in 2010 with a clear purpose in mind: improving the function of the mechanical watch in the 21st century context. This summer the brand presents the new Type 1 Slim X, a limited-edition piece marking its 10th anniversary.