Within the eight corners

The cooperation between Les Ambassadeurs and Audemars Piguet dates back to the 1960s, right after the boutique was founded in Geneva. Must have been lovely times – bold haircuts, massive sideburns, design revolution and roller discos. It is worth browsing the 50th anniversary magazine of the multi-brand store, which gives a good flavor of these (less the roller disco). Imagine the amount of expertise both in brand specific technical nuances as well as product valuation that has accumulated in Les Ambassadeurs throughout this uninterrupted relationship! They can claim to be ambassadors of Audemars Piguet without immodesty.

Espace Connaisseur, the sanctuary of the finest watches in Les Ambassadeurs houses a rotating exhibition every month, with August dedicated to Audemars Piguet. After the chilling mood of the Zürich Classic Car Award sponsored by LA, my way led me to the store directly.

One of the outstanding representatives of the Vallée du Joux is Audemars Piguet, established by Jules Louis Audemars and Edward Auguste Piguet in 1875. The young men originally from Le Brassus were watchmakers who shared values and ideas.

Today the company is one of the oldest watchmakers, the management of which has always remained in the family’s hands. This ensures the company’s independence and enables them to follow their own path.

Initially Audemars represented the technical aspect and Piguet sales. In 1889 they opened their first boutique in Geneva. They placed great emphasis on manufacturing their own parts and until 1899 the company produced about 1,200 timepieces, including very complex ones.

At the end of the 1910s major brands tended to sell Audemars Piguet’s watches under their own name. These pieces are unique curiosities for collectors to this day, as they can be identified mostly using the serial numbers.

Like several other fine watchmaking companies, AP also strived to dazzle customers with ever newer innovations: in 1915 they created the smallest five-minute repeater calibre ever made, with a diameter of just 15.80 mm. In 1921 the company developed the first jumping-hour wristwatch and in 1925 the world’s thinnest pocket-watch calibre (1.32 mm).

The economic hardship of the 1930s did not spare the Swiss watch industry either, and Audemars Piguet only really managed to grow after World War II. 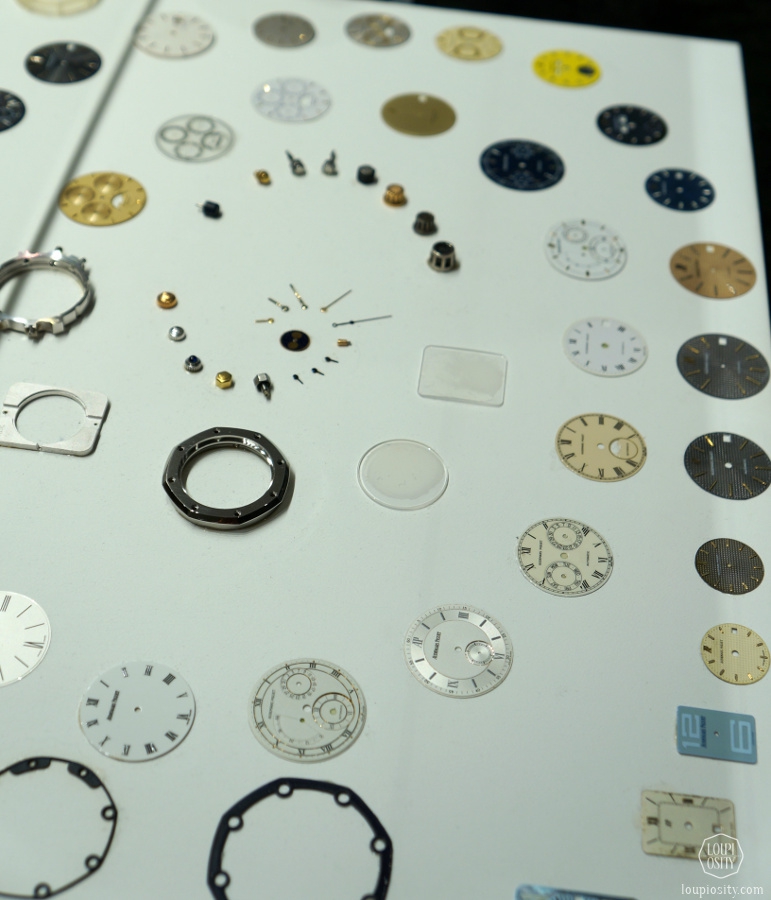 The beginning of the 70s brought along one of the company’s great icons. “To break the rules, you must first master them” – is how Audemars Piguet characterizes the Royal Oak collection. In 1972 they shocked the industry with the series designed by Gerald Genta (a Swiss watch designer, who worked with other firms too, including IWC, Patek Philippe among others), and named after the ships of the British Royal Navy. It was not only the size that was far larger than what was in vogue at the time, but the models also came in an unusual shape. The main characteristics include a octagon-shaped bezel and eight hexagon screws, a tapisserie-patterned dial (“Grand Tapisserie“) and deeply bevelled edges. Stainless steel used for the case was even spookier, but the whole package eventually established a new high-end sports watch category.

Once the surprise turned to desire, the road to success became unquestionable. The Royal Oak has been one of the most sought after series to day and the octagonal shape became the hallmark of the brand. The new age brought new materials, such as ceramic and some models were adorned with not particularly sporty decoration techniques, too. Oaks with various complications, colors, sizes and materials, but with the same octagonal lines look cool on all kinds of people from Belén Mozo through LeBron James to…perhaps you! 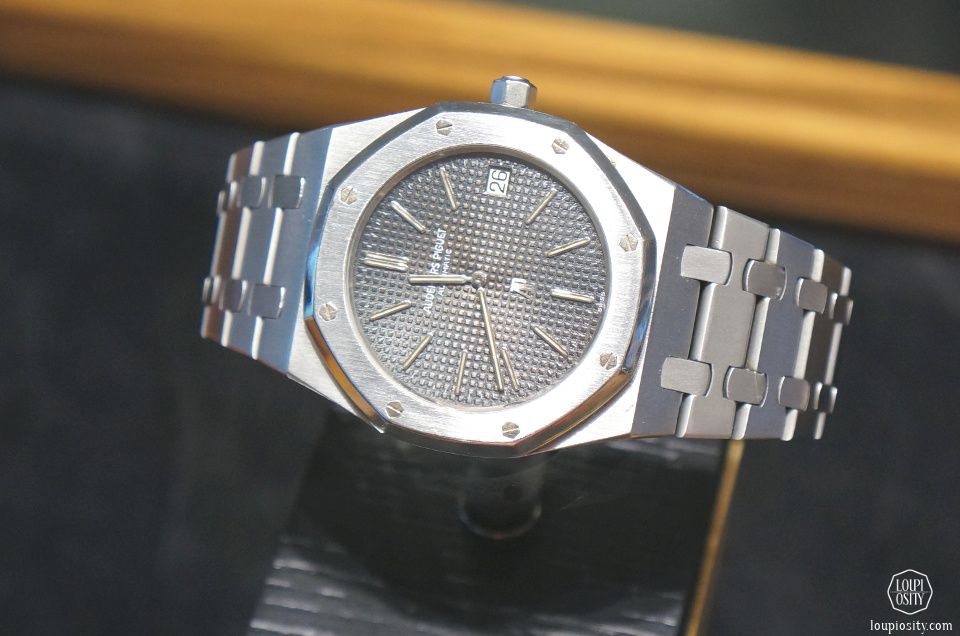 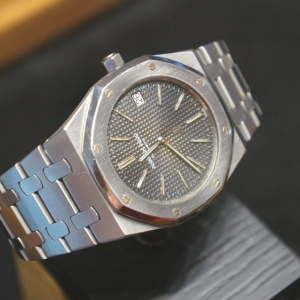 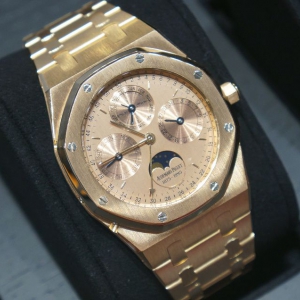 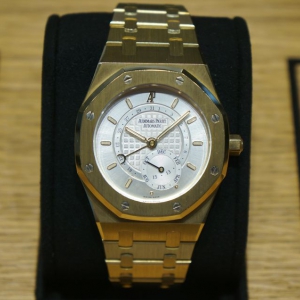 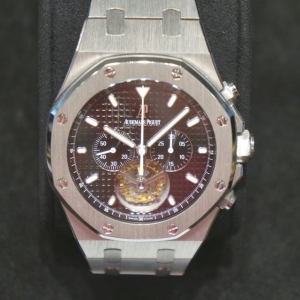 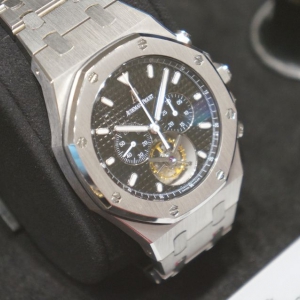 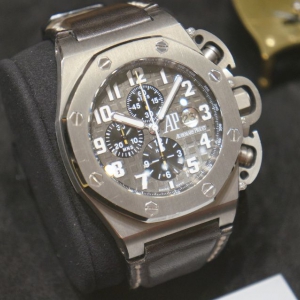 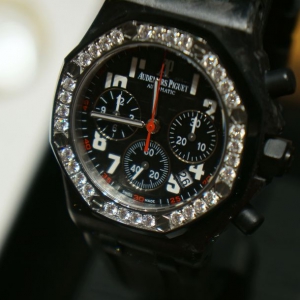 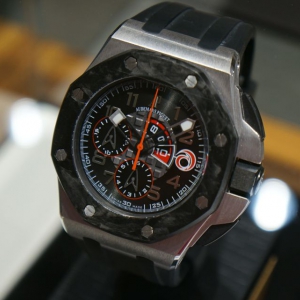 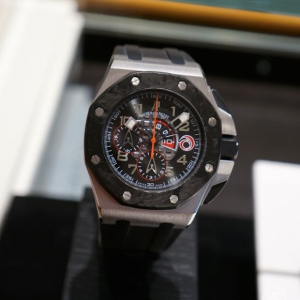 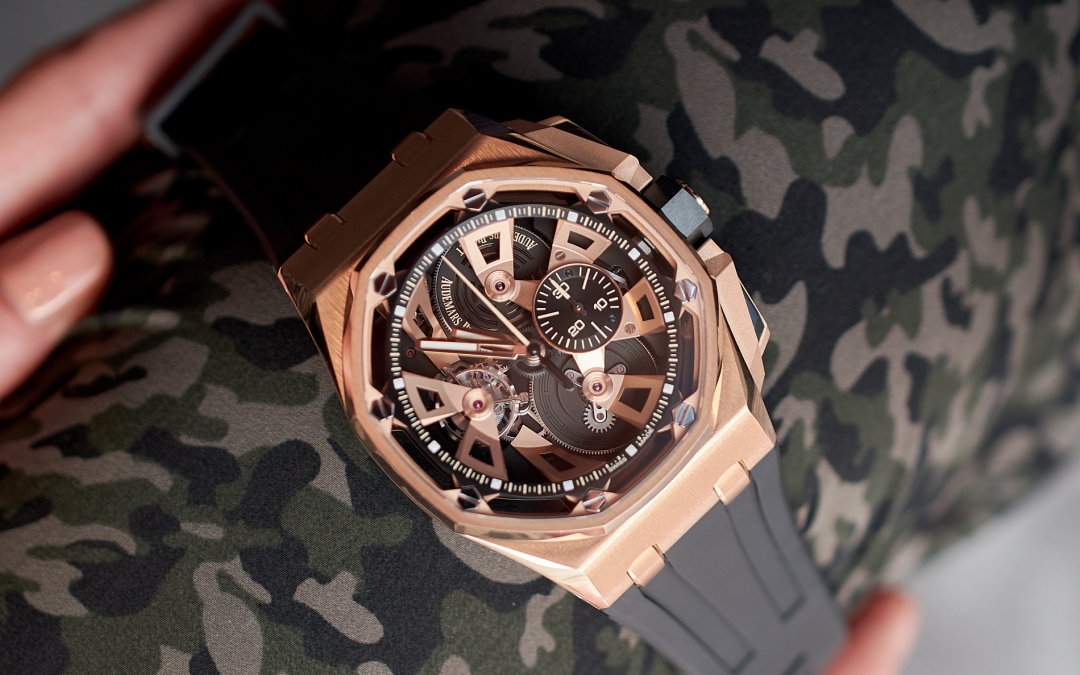 What is the future of the First? At the SIHH 2018, AP celebrated the 25th anniversary of the Royal Oak Offshore, which set the fire burning in 1993 and it continues to polarise watch lovers. 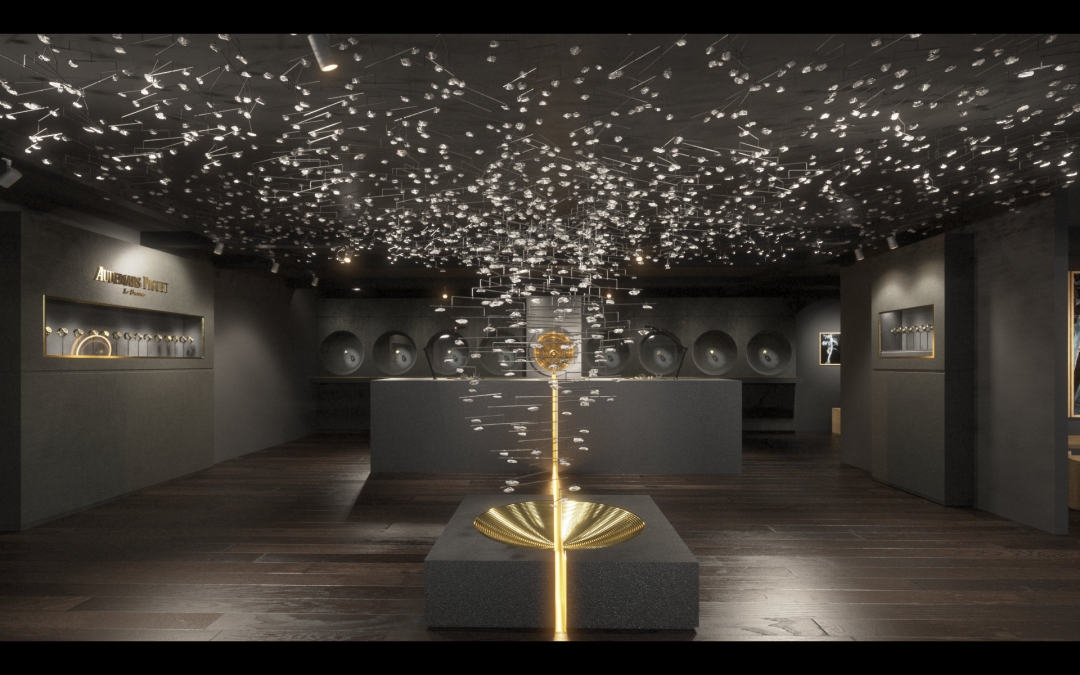 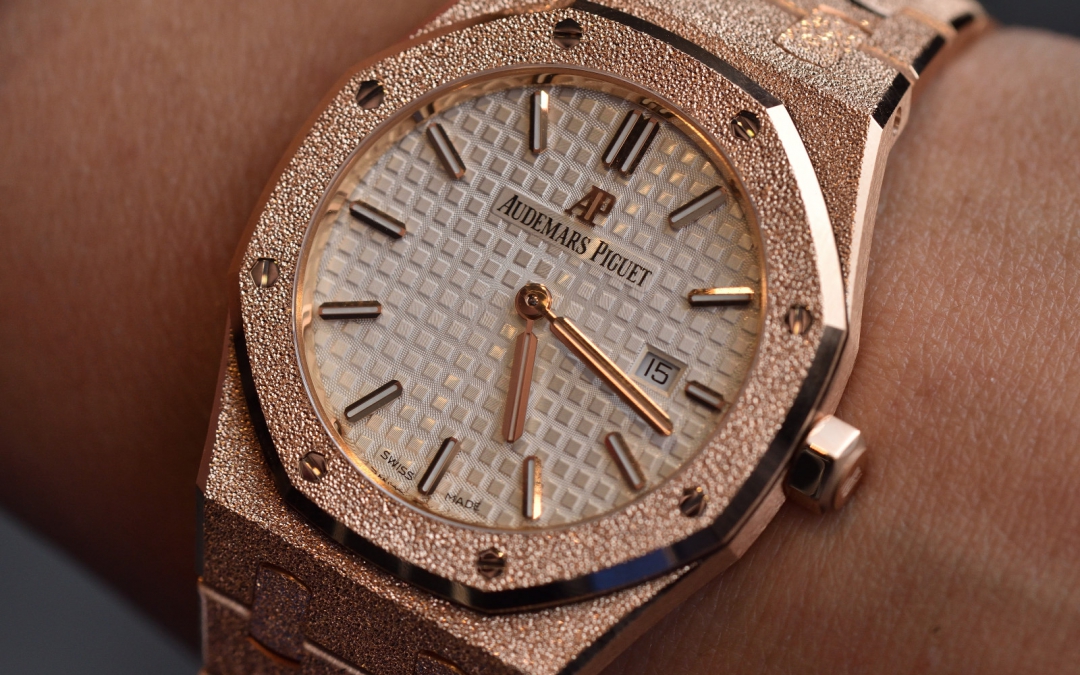