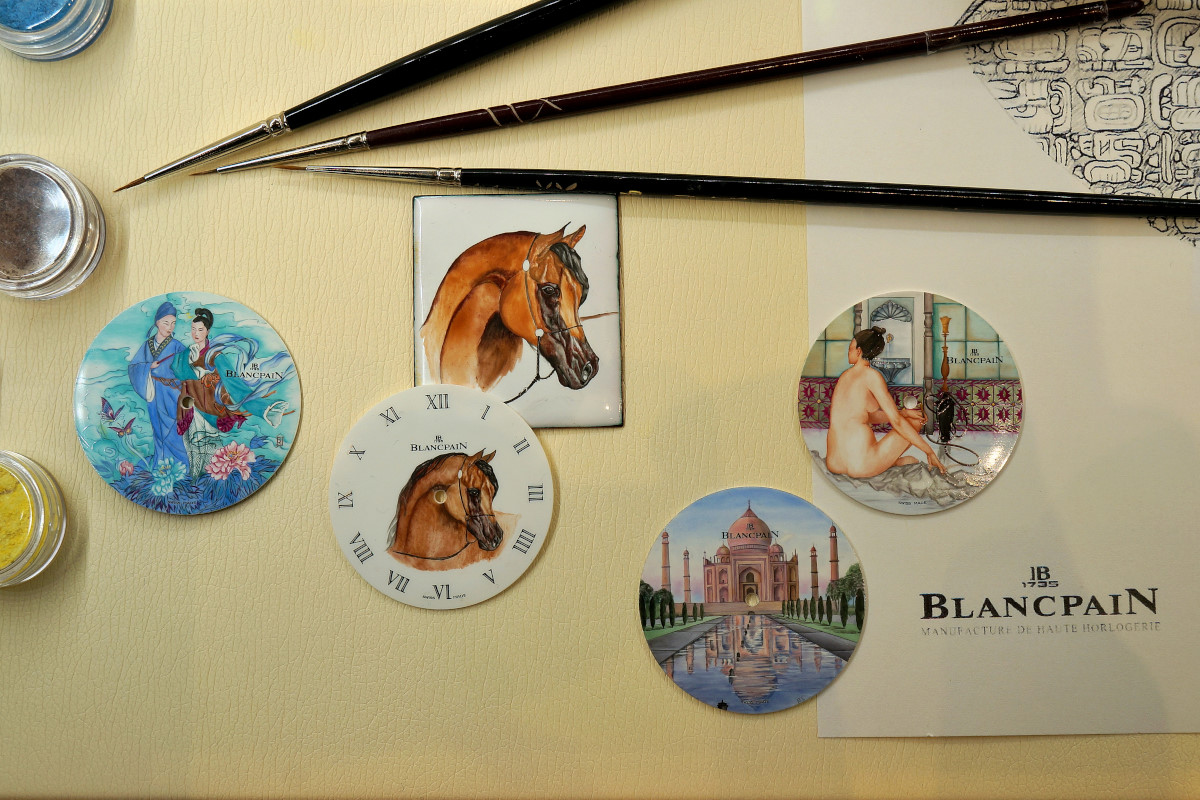 Blancpain, one of the most historic watch brands is notable for several things: for example, the company claims that it has never produced quartz watches in the past and it never will. They have neither created watches with digital displays. The brand surfaces in other areas of life too; they sponsor several motorsport events such as the Blancpain Endurance Series, the Blancpain Sprint Series, the Blancpain GT Series, the Lamborghini Blancpain Super Trofeo series, and Blancpain has also accompanied underwater exploration projects with National Geographic, for instance. Perhaps less known, but the company is associated with great hoteliers and fine dining, too. In one of their videos on Blancpain TV they even showed how closely gourmet cooking and fine watchmaking are related. The most current example however, is the heavenly chocolate we were given at Baselworld, which was made by Benoît Violier, the chef of l’Hôtel de Villein Crissier on the banks of Lake Geneva.

Before the gastronomic pleasures, Blancpain showcased its latest collections at Baselworld 2014.

This year they presented four pieces in the Villeret collection. Villeret is Blancpain’s native village, and it inspires the brand’s most classic pieces. The characteristic feature of the series is the double-stepped case and the Roman numerals on the dial.

The dial of the new, 42mm 8 Jours is just like this, with white grand feu enamel, black Roman digits around and a “secret sign” that is only visible from certain angles: a tone-on-tone little “JB” logo engraved between IV – V, and VII – VIII.

2014’s Tourbillon model stays true to the brand’s traditions: it is noble, elegant, and makes no compromises. It houses a new self-winding tourbillon movement with a silicon balance spring, pallet-fork and with 12-day power reserve guaranteed by a single barrel, which is a significant achievement in itself. The off-set tourbillon carriage is larger to admire the design of the balance and the escape-wheel and certainly it is the highlight on the grand feu enamel dial. 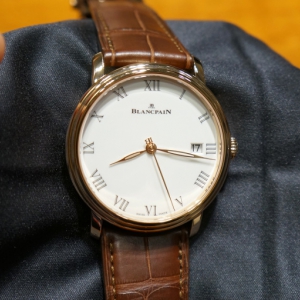 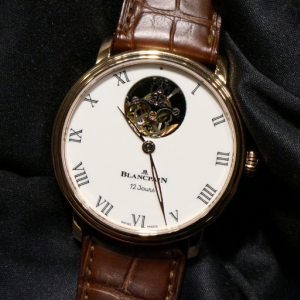 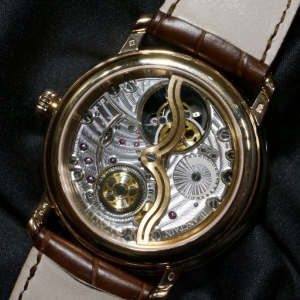 We may feel with many perpetual calendar watches that the dial is overcrowded or difficult to discern. Blancpain found the perfect proportions in its piece. On the white grand feu enamel dial of the new Calibre 5939A Quantième Perpétuel there are 3 sub-dials with blued steel hands (day, month and date) and a delicately crafted large moon phase. It is devoid of any unnecessary lines or indexes; as guard of honour the Roman markers of the Villeret collection stand surrounding the calendar’s sub-dials. A perpetual calendar handles the entire Georgian calendar without any settings until 2100, with the length of the months and leap years too. The box of the watch is equipped with a winder, and can also be used as a cigar humidor. 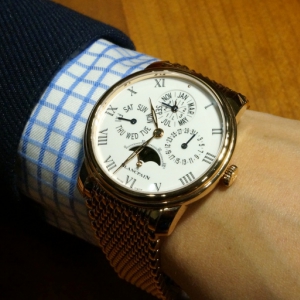 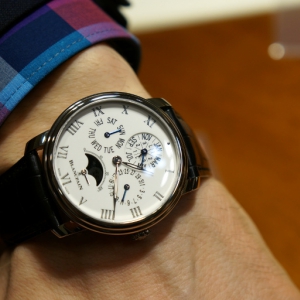 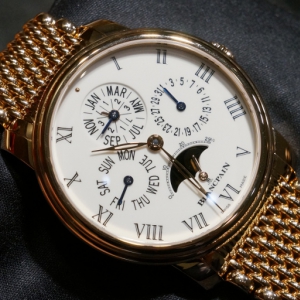 In 2008 Blancpain brought back the carrousel to the haute horlogerie of our day. This complication is designed to counteract the perturbations induced by gravity on the accuracy of watches (like the tourbillon). The dial of the debuted Carrousel Phases de Lune is similar to the two models mentioned above, but a lovely visual feat is the blued steel serpentine hand that indicates the date pointing to the numerals located around the dial. The timepiece is equipped with a silicone balance-spring and has a five-day power reserve. 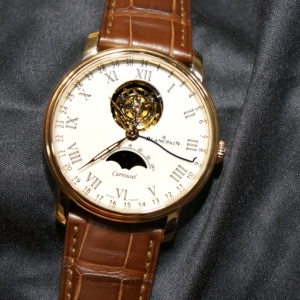 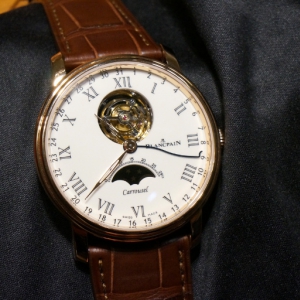 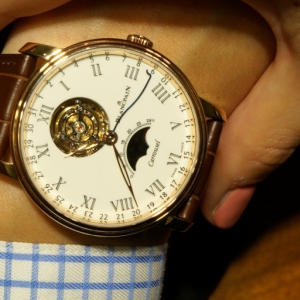 In 1953 the brand developed the Fifty Fathoms diving watch. The “fathom” is a unit of measurement equalling 1.8 metres, mainly used in reference to the depth of water. Upon the creation of the watch, the depth divers could reach was 50 fathoms and the French Navy required a piece that could handle even this depth. Thus the Fifty Fathoms was created, and in my opinion this is one of the most beautiful diving watches to this day. The latest Fifty Fathoms Bathyscaphe Chronograph houses a new self-winding F385 movement featuring a fly-back chronograph function. To reset and restart the chronograph, press the pusher at 4 o’clock. The company offers the Bathyscaphe in two versions: black ceramic with black dial, or in brushed steel with grey dial. The strap is an extremely resistant NATO fabric made out of a single piece, unlike with most bands. The dial features dots and stripes instead of digits, the date at 4 o’clock and the chronograph counters. 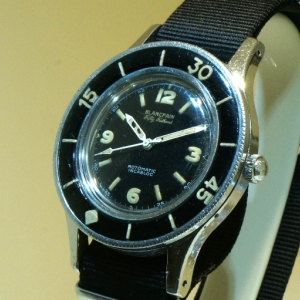 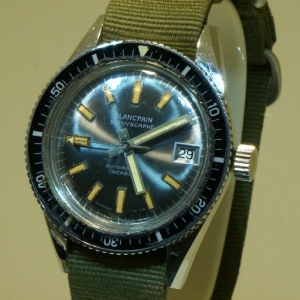 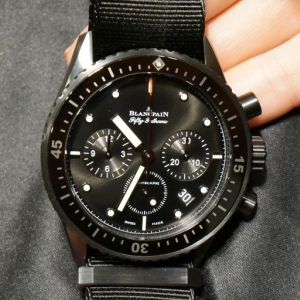 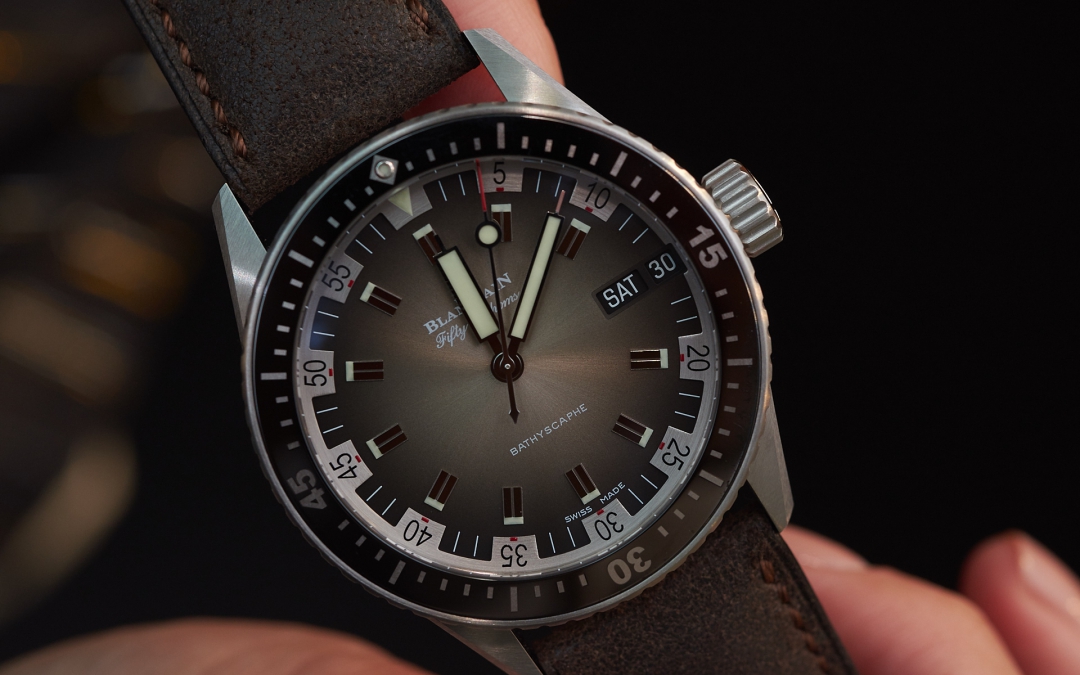 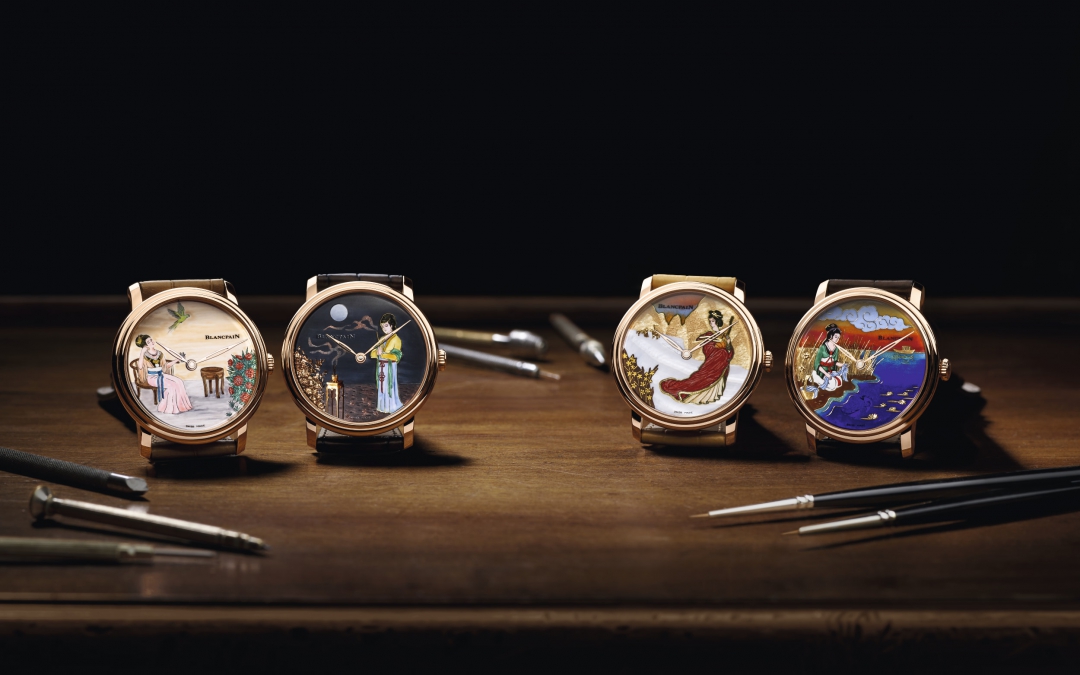 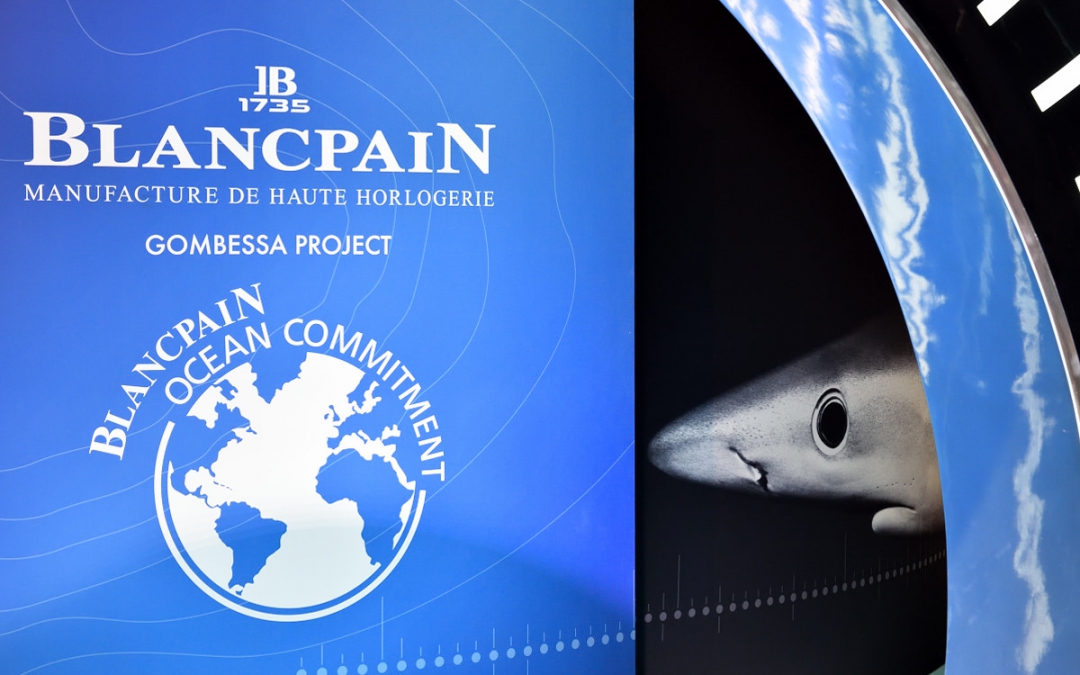