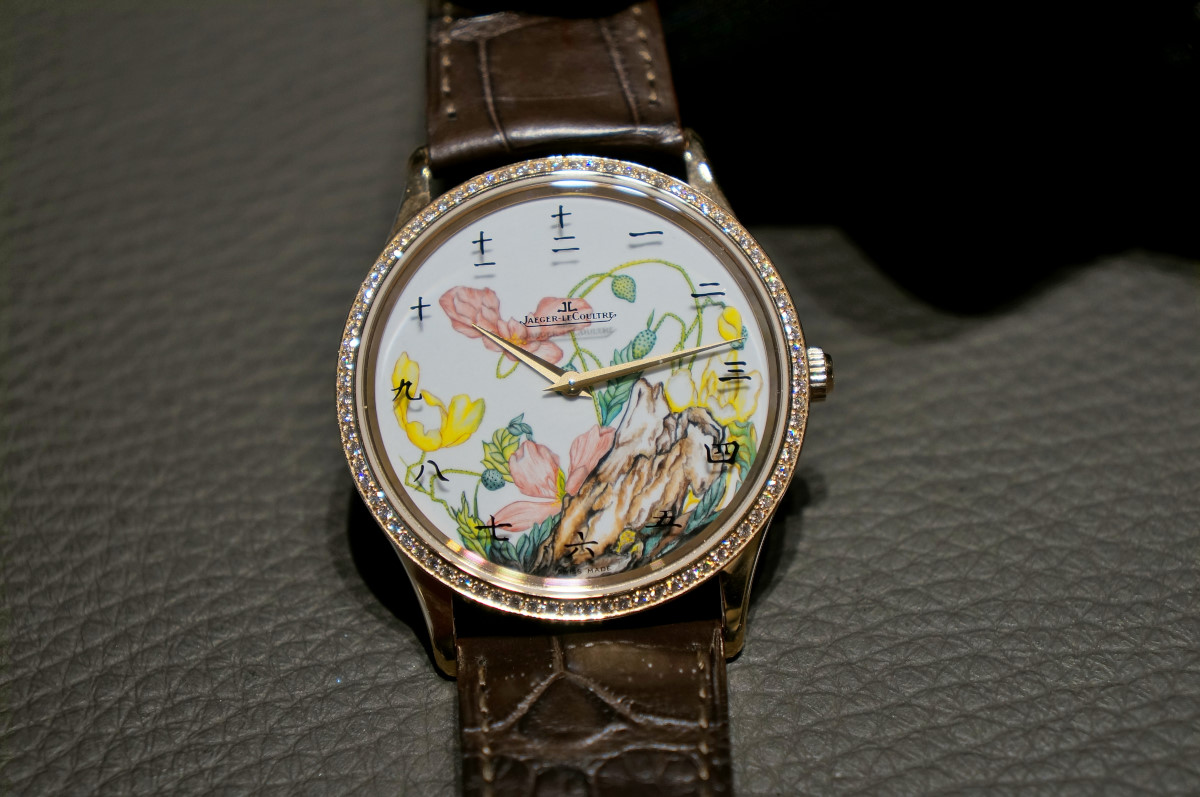 The brands have something in store for those who prefer truly feminine watches with fine lines, or those who perhaps like a more romantic or artistic approach. In this part of the Girls don’t just wanna have fun series we showcase watches for delicate women.

Flowers are a typical female motif and at times we can feel that it is slightly trivial, but not on the limited edition Jaeger Le Coultre Master Ultra Thin Enamel ”Qing Dynasty” timepieces. The 8 different mini masterpieces that feature enamel paintings by Ju Lian and Yun Shou Ping (masters of the illustrious Lingnan School of Painting) pay homage to the last Chinese imperial dynasty, the Qing dynasty. The Chinese numerals, the fine diamond setting and the brand’s trademark ultra slim watchcase lend a perfect setting to the flowers. 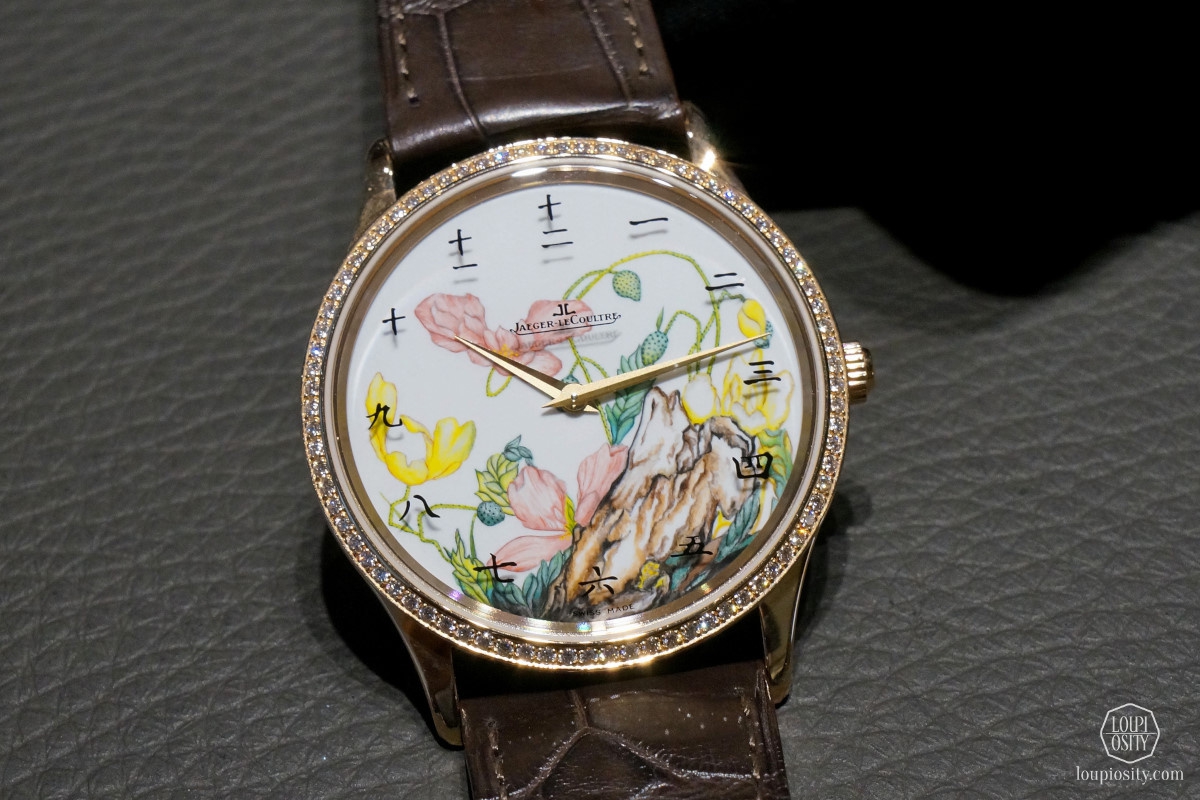 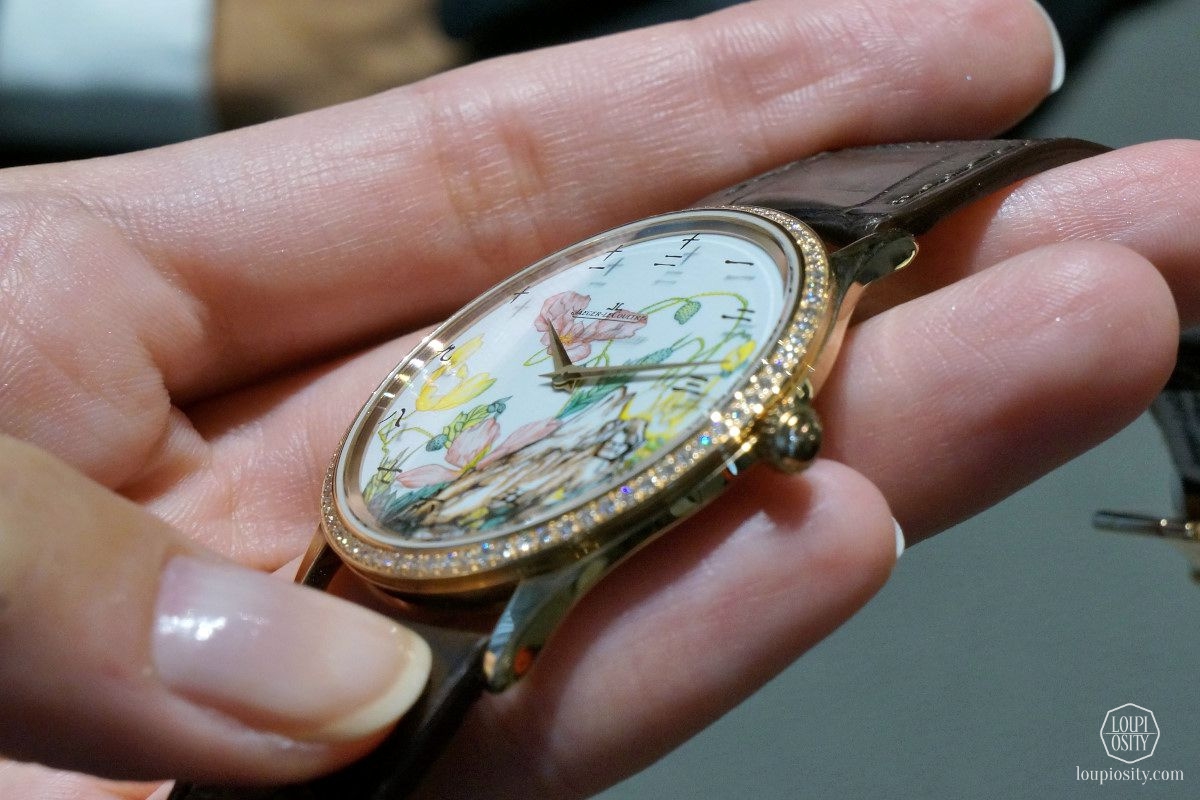 Despite its small size, the Breguet Héritage with its curved tonneau shape gold case and strap is a “heavy” and imposing piece. The centre of the dial is mother of pearl, with a so-called “flinqué alterné” pattern, the exterior part framing this has a frosted silver-plating base with grey-blue digits. The rose gilt moon peeks out at 1 o’clock, showing the moon phase. The self-winding movement has a 40-hour power reserve. This is no ordinary watch, not for ordinary days. 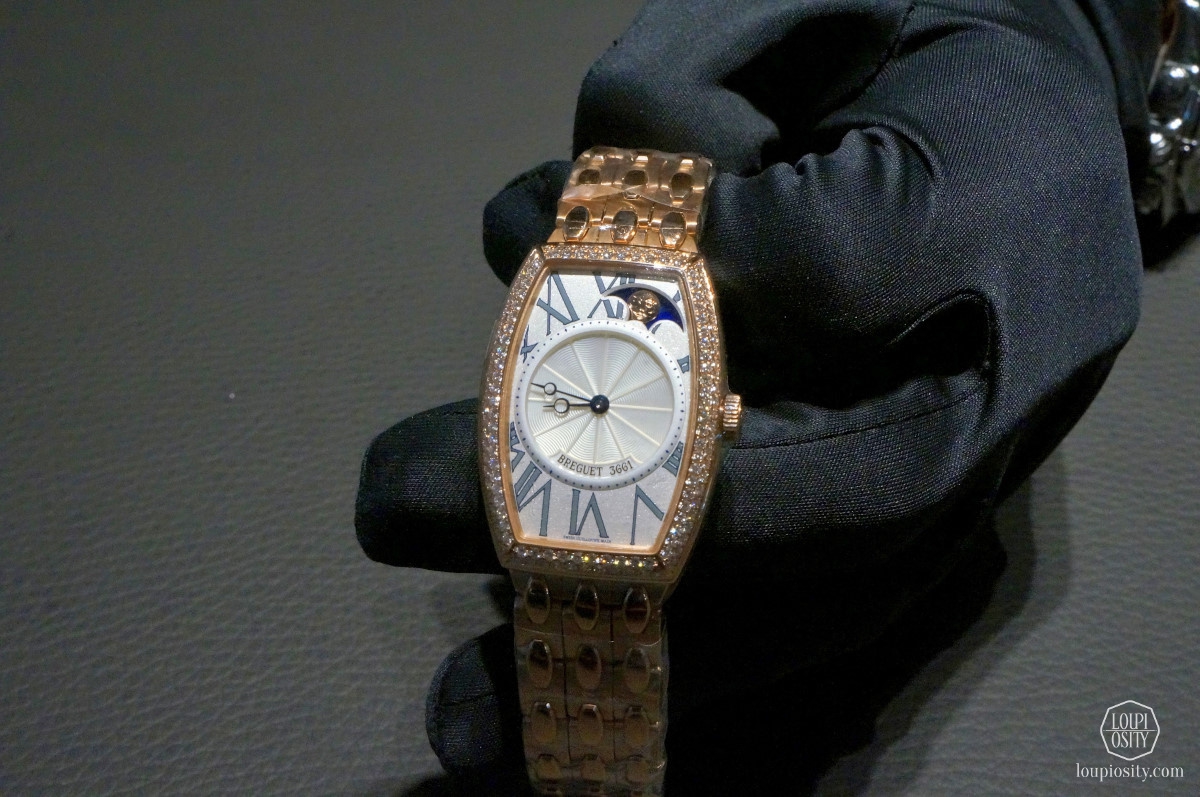 I would not necessarily think of a butterfly when I think of the Ulysse Nardin brand but the Caprice Butterfly is one of the prettiest women’s watches created with the Enamel Champlevé technique. During Champlevé, the moist powder enamel is applied to the engraved patterned metal surface, thus the enamel seeps into the patterns, and it is then fired. When the surface has cooled, it is polished with very fine sandpaper. The un-carved portions of the original surface remain visible as a frame for the colourful enamel designs. The 28-piece limited edition features blue leather straps and comes in shades of blue, “spiced” with a little red dot. The butterfly resting on the flower petal is embraced by 353 small diamonds (the butterfly’s wings also feature diamonds) and the crown depicts the Ulysse Nardin anchor, adorned with tiny white pearls. The dial has no digits, but such grandeur is surely permitted for such an artistic blue butterfly. 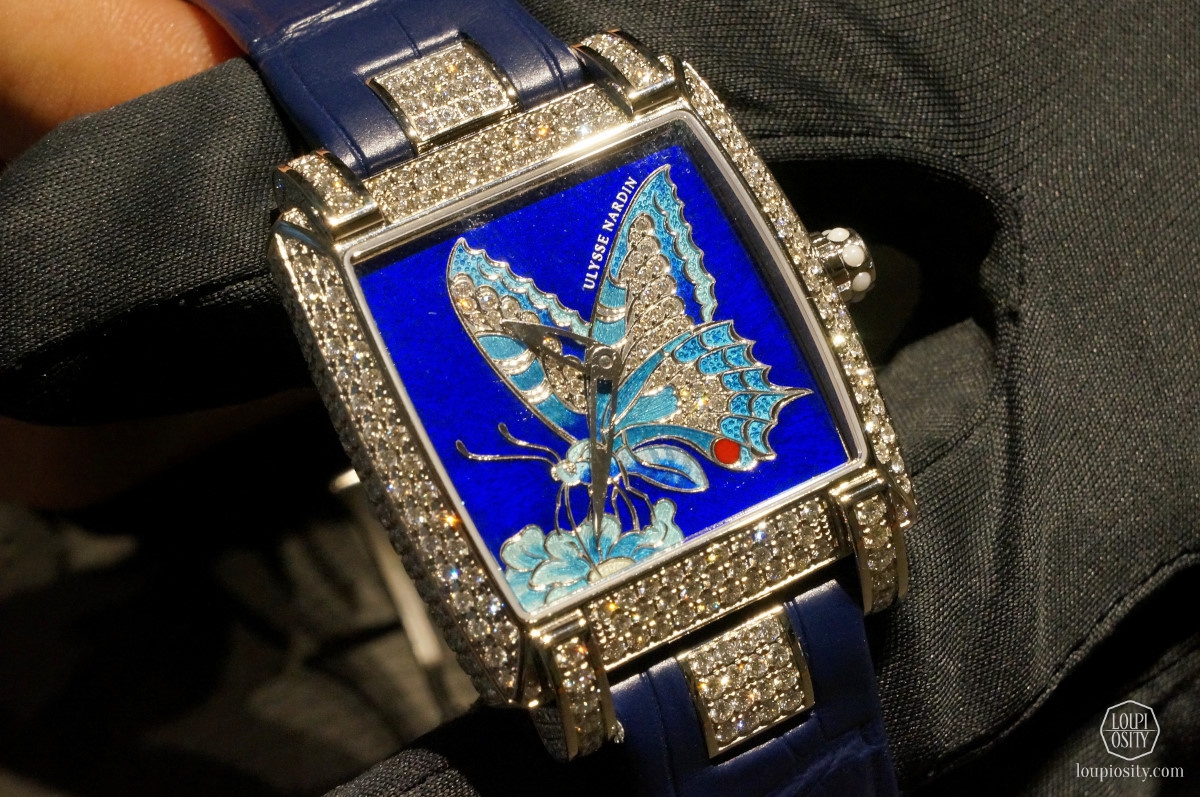 Girard-Perregaux has two key women’s collections: the Girard-Perregaux 1966 and the Cat’s Eye.  In 1966 the brand’s in-house R+D team developed the exceptional precision High Frequency movement. The 1966 collection pays homage to this, placing the GP3200 automatic winding movement in an elegant, graceful extra thin case. On the pictured mother of pearl dial of the white gold model, the 12 is indicated with Roman numerals, the 3 and 9 with a horizontal line, and the other digits are marked with tiny diamonds. The moon phase indicator and the seconds hand are placed on a de-central sub-dial.

The Cat’s Eye was created in 2004 and with this novel shape the company took first prize in 2005 at the Montre Femme award in the 4th Grand Prix’ Horlogerie in Geneva.  The Cat’s Eye has been updated several times since then; many versions have been created, including an Haute Joaillerie model featuring 394 diamonds.

The 2012 steel version received so-called galuchat leather (leather made from shark skin or the skin of a ray-fish) and next to the numeral 12 the other digits are indicated with an elongated droplet shape. The date is at 3 o’clock, the small seconds counter at 9 o’clock. The power reserve is indicated in a little constellation of stars. The reverse of the Cat’s Eye is sapphire crystal, thus the automatic movement and the oscillating weight with a tapestry of the GP initials is visible. 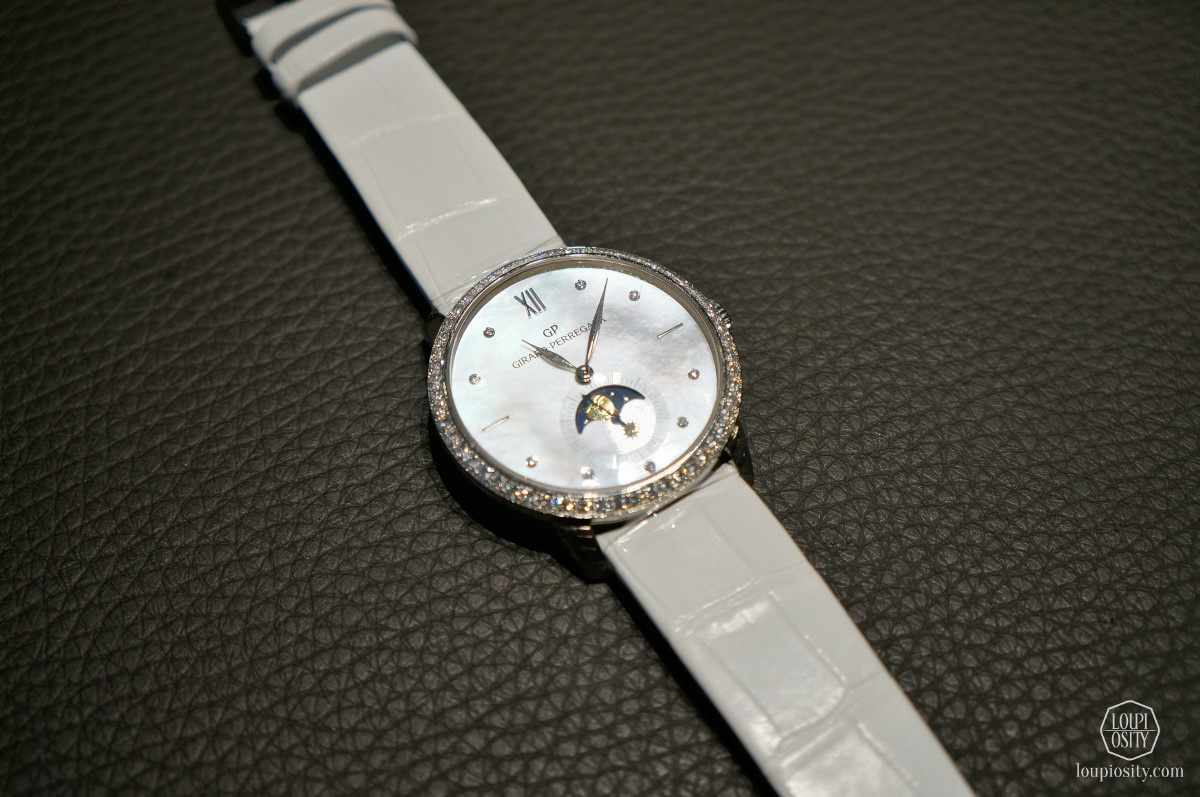 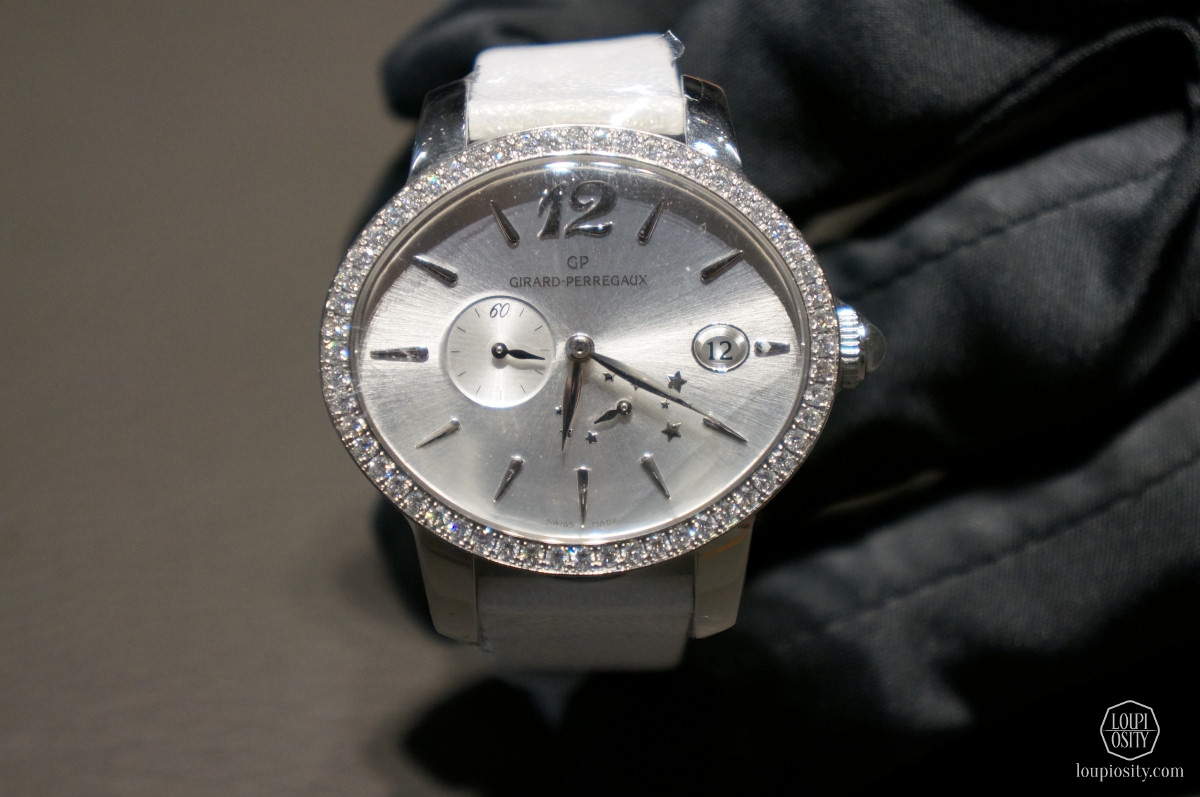 Blancpain has played a pioneering role in the history of mechanical watches for women since 1930, when the Manufacture presented the first women’s automatic wristwatch. Ever since, they have created jewellery watches, like the Millet et une nuits, but tourbillon pieces too, such as the Tourbillon Grande Date. Several editions of the popular Ultraplate version have been made, this year even a Valentine’s Day edition was issued.  The red gold model’s ultra slim case hides a Calibre 1150; the dial is finely patterned inlaid mother of pearl. 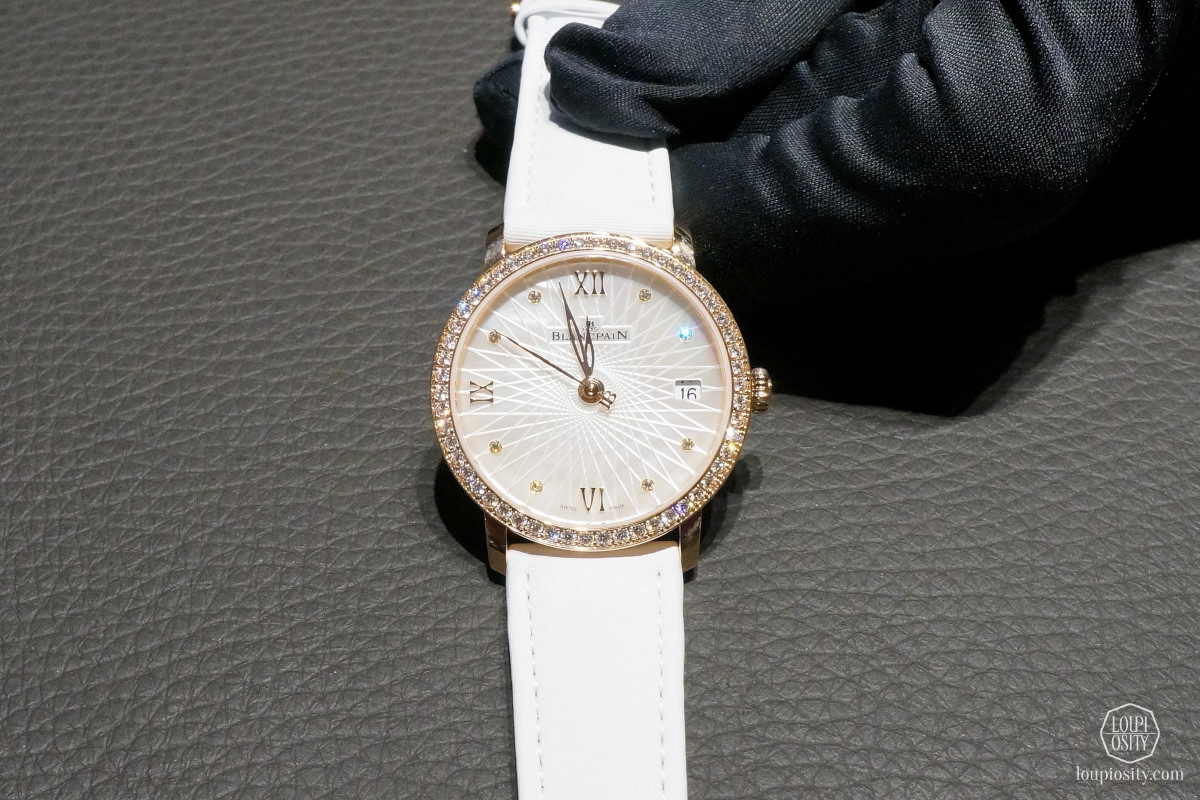 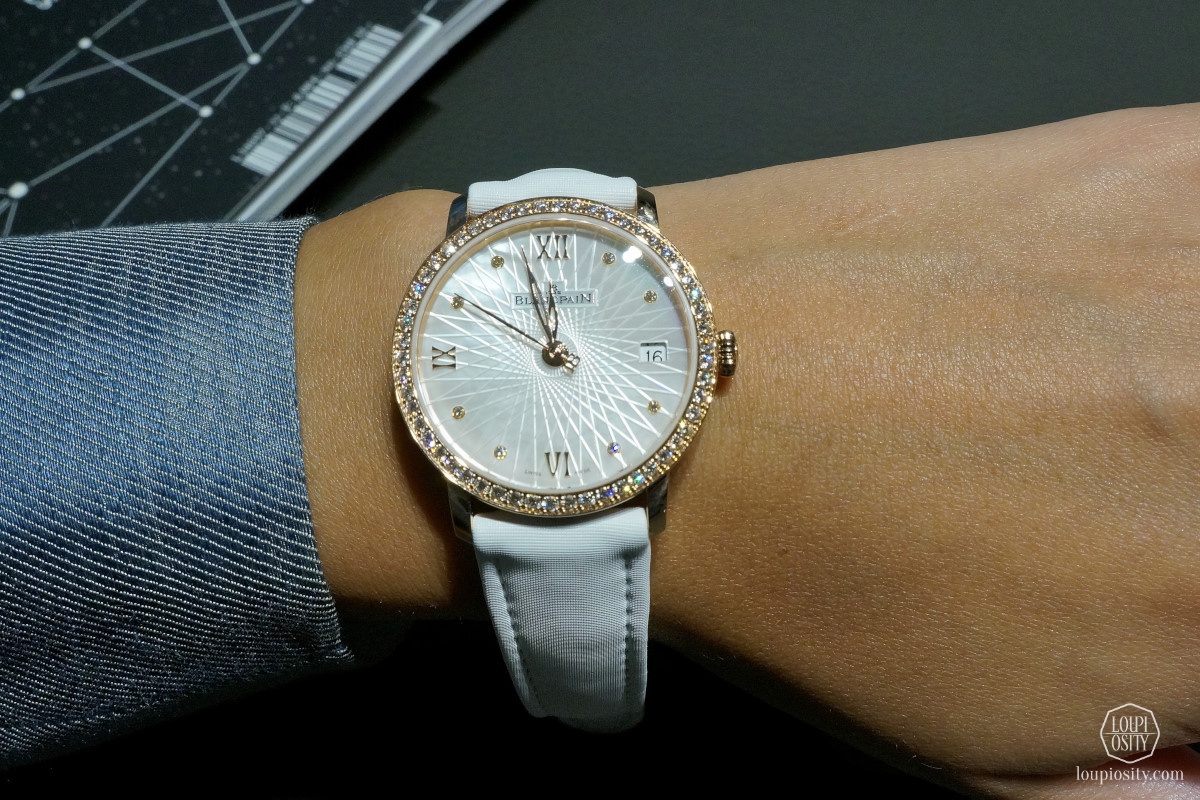 Audemars Piguet created the first time-keeper for ladies in 1883, and then went on to dedicate several collections to women. So what is the AP woman like? She embodies the “Spirit of Independence”, she is self-confident, spirited, and looks beyond beauty in a watch.  The Millenary collection’s design and technical qualities have been dedicated to the Third Millenium. The brand’s Artistic Director Octavio Garcia was inspired by the arena’s elliptic layout at the Roman Colosseum and earlier designs from the Audemars Piguet Museum’s collection. For the stainless steel case the bracelet is hand-stitched «large square scale» crocodile with a stainless steel AP folding clasp. On the dial you have a flinqué decorative pattern, a black off-centred disc, black printed Arabic and Roman numerals, as well as white gold hands.

Small Seconds that belongs to Audemars Piguet’s Jules Audemars collection is an ethereal, sophisticated timepiece. It is a hand-wound watch with small seconds at 6 o’clock. The dial is brownish iridescent mother of pearl, that fits beautifully with the pink gold case and the hand stitched «large square scale» crocodile strap, as well as a nicely tanned female arm. 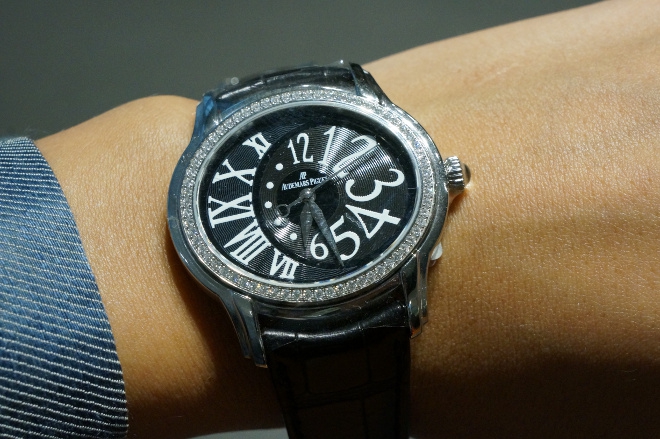 I appreciate the professional guidance of Les Ambassadeurs in making this series happen. Thank you gentlemen!
Photo credits: Loupiosity.com.
All registered trademarks are property of their respective owners.
All rights reserved.