Posted by Eszter on 24th November 2012 in Events
Tags: Baselworld 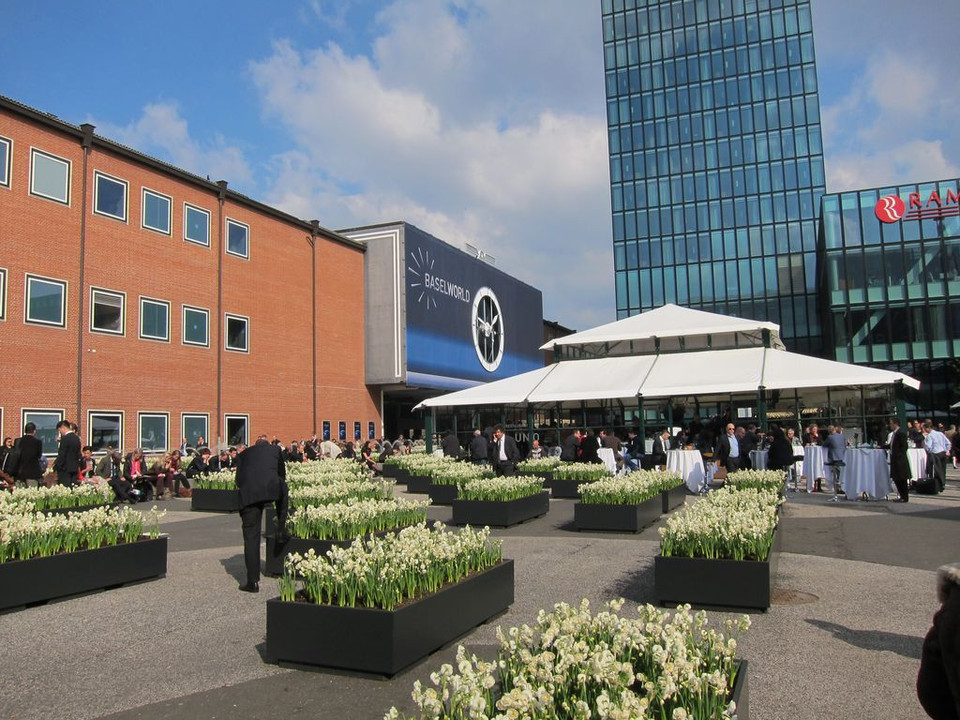 Switzerland has been the cradle of watchmaking for centuries. The fascinating surroundings of the Jura Mountains and the Alps have given a home to the masterminds and the precise hands of horology. Company conglomerates and small manufactures are breathing the same air and sharing the same passion for timepieces.

Where products are born, markets rapidly evolve. “Messen”, – as the German-speaking Swiss say for fairs-, gave the opportunity for watchmakers to showcase their products as well as to exchange ideas and experiences intimately. With years, these shows have become the most dominant, trend-defining exhibitions in the world, attracting people with love and economic interests from all over the world – including the Middle East and Oman.

Where many others fail, the Swiss manage to keep the golden balance between economy and arts. They organize ever growing, highly elegant, loudly communicated but undoubtedly more business-driven shows like Baselworld, and at the same time strictly exclusive, invitation-only conferences for artisans and collectors like the Genéve Time Exhibition or the Salon International De La Haute Horlogerie.

Basel, compared to Biel or Genéve, has no serious local watch industry. The city on the Swiss-German-French border however, has had a significant importance in trade since its foundation.

The first “Schweizer Mustermesse Basel” (Swiss Sample Fair) was held in 1917, devoting a section to watches and jewellery. By 1931 the number of exhibitors grew to such an extent that watchmakers gathered in a dedicated pavilion at the fair, calling it the Schweizer Uhrenmesse (Swiss Watch Show). In 1973 the event expanded to the European level, when companies from France, Italy, Germany and the United Kingdom received invitation to the European Watch and Jewellery Show, for the first time.

To mark its position in the horology industry, the event changed its name to BASEL in 1983, just before opening its doors to the first non-European exhibitors in 1986. In 2003 the fair was given its current official name, Baselworld, The Watch and Jewelry Show. Today, with its splendour and extravagance, Baselworld is the face of the Swiss watchmaking industry to the world.

During the close to 100 years of its history, the exhibition grounds have been enlarged and modernized many times to provide an ideal and exclusive setting for companies presenting their masterpieces.  Hall 1 was opened in 1999 as a dedicated complex for watches. Due to its modern build, Hall 1 can be divided to individual sections, in which stands can stretch to a height of three storeys. In 2004, a new building was completed, hosting the national pavilions ever since. The size of the show reached 160,000 square meters in total.

The remarkable effort of both organizers and exhibitors attracts more than 89,000 visitors and 3,000 journalists to the show every year. Stand buildings do not lack creativity and luxury, the watch and jewellery pieces are presented to the public in regal magnificence.

In 2012, the show ground of Baselworld was divided into thematic halls, hosting the 1800 companies as per their focus. A total of six big buildings and the Baselworld palace included seven halls dedicated to watch brands (such as Hall of Dreams or Hall of Desires), four halls to jewellery (e.g: Hall of Visions), one to gemstones and pearls (Hall of Elements), another for packaging and related machines and tools (Hall of Innovations), and finally one for the national brands.

Can you overgrow this, while making no compromise in the quality? Well, Baselworld 2013 will inaugurate the all new super-pavilion with a length of 420 meters, setting the scene even larger and pushing the stakes even higher.

De Bethune: The Art of Watchmaking De Bethune celebrate its 20 years’ milestone with an extraordinary book written by Arthur Touchot and published by Assouline, capturing the spirit of the company.New views An overview about a few upcoming finewatchmaking events - hopefully all in real life - follow us along.HOROPEDIA - watchmaking culture This August HOROPEDIA the first universal and multilingual encyclopedia dedicated exclusively to the world of watchmaking made its public debut at the Geneva Watch Days 2022.