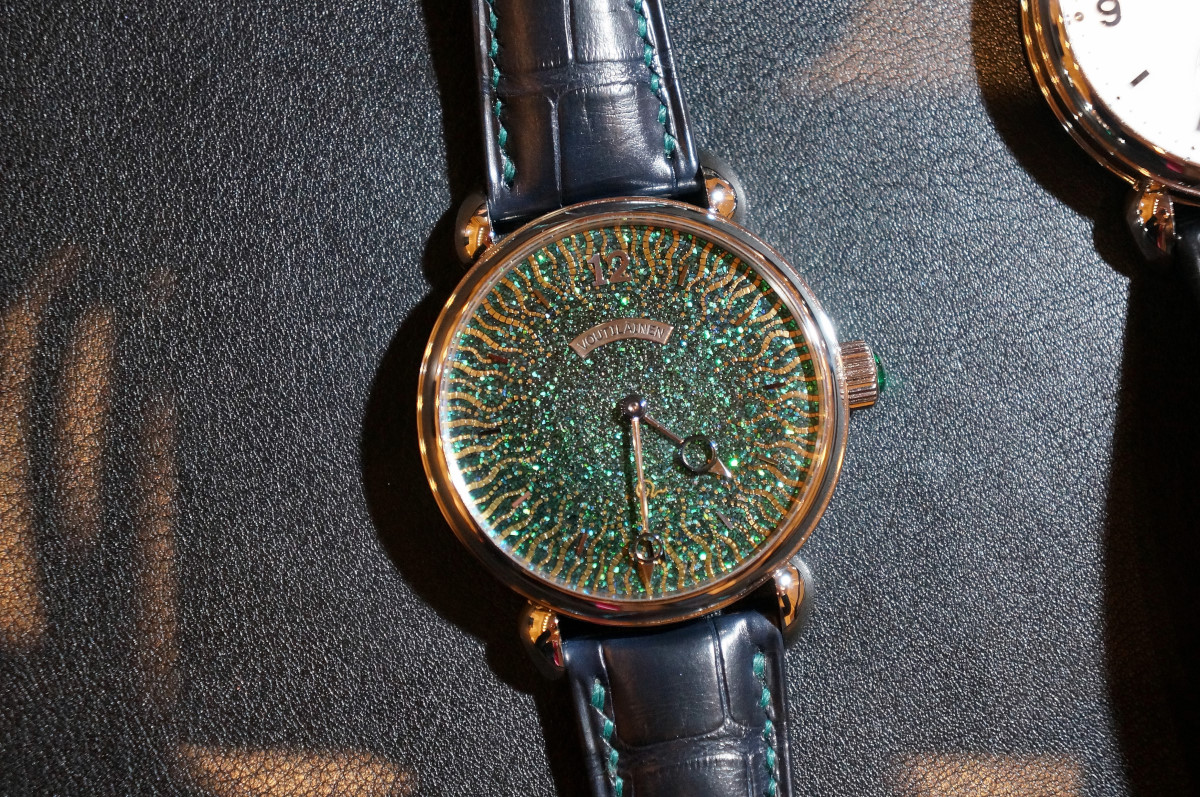 In today’s article I’d like to introduce you to two gentlemen, two very nice, but totally different characters, who have chosen to walk the independent route and set up their own small workshops. Blessed with great temperament Aniceto Jiménez Pita from Barcelona and the quiet Kari Voutilainen originally from Finland but living in Môtiers, Switzerland. Both watchmakers are the members of the Académie Horlogère des Créateurs Indépendants.

The first thing I learnt from speaking with Mr. Pita is that “there’re always problems with holes on the case”. Therefore he designs most of his watches without any crown or buttons. The only exception is the Roadster, being a chronograph that must have few controls. However, his Oceana, which is a hard-core super dive watch lacks anything that would prohibit anyone to descend to a depth of 5000 meters.. The case-back of robust titanium G5 housing is a rotating time setting tool itself – just shake the automatic movement for a while to generate running energy and set the time at the back. The dial will let you focus on the most important information underwater, the elapsed time. It is simple, the only visually moving part is a blue-yellow-red propeller on the main axis, which turns to the rhythm of the seconds. The Oceana may be ordered in a somewhat lighter case waterproof up to 2000 meters. One of these shown to us at Baselworld were made of bronze with a brown waterproofed alligator strap, which I found particularly cool. It is tough but at the same time perfectly wearable to even an elegant event. Let’s see a watch with the same patented time setting mechanism of Pita, destined to be elegant. Carousel is a timepiece with many faces, thanks to the creative dial decorations and the different materials used in the various versions. The middle of the dial is open with the handsome balance wheel in front of us. The main uniqueness of the watch is that by using ball bearings the entire watch movement makes one revolution every 12 hours. Intended for the two sexes, the 40mm Minimal and the 32mm Sweet Candy are basically the same timepiece in essence. Of course, it is only your imagination that may limit their appearance – the materials, artworks, gemstones may all be selected when ordering. I loved the white and rose gold cases with the ivory and white dials respectively, accompanied by the single blued hand. Yes, this is the only watch we saw from Pita that was equipped with a crown as well as two buttons – yet, Mr. Pita designed these to silently melt into the case. The chronograph is however a rather “noisy” piece evoking the brawl of racing engines and the smell of motor oil and petrol. The dial has an aggressive look and could easy serve as a sports car dashboard with the red chrono seconds hand looking down waiting for full throttle. The pushers are by the way reminiscent of pedals. This was the watch whose birth could be followed on Pita’s Facebook page, and was so fresh at Baselworld that the case was almost still burning! Kari Voutilainen’s delicate V-8R, which last year travelled around the world with 70 other pre-selected timepieces in an exhibition, finally won the Men’s Watch Prize at the Grand Prix d’Horlogerie de Genève. (This was already his second award from GPHG after his Observatoire earned it in 2007.) At Baselworld two versions of the V-8R could be admired; one with distinct patterns on a blue dial and the other one that he actually wore with a simple white dial. This model has two escape wheels with a small lever moving between the two and holding the wheels to the balance’s oscillation. It consumes significantly less energy than traditional lever escapements. By the way, energy…the V-8R is designed that before the mainspring would loosen to an extent that it affects accuracy, the mechanism stops. Just as almost all other watches of Voutilainen, the case is 39mm. V-8R is limited to 25 pieces. The master watchmaker met his lacquer artist alter ego from Japan and a marvellous piece was created via their co-operation. The Unryuan studio practices traditional Japanese lacquering techniques that use broken shells, gold leafs and tremendous patience and skills to produce unique dials, back plates and even wheels for Voutilainen. The shells are laid down one by one in a meticulous process that lasts for more than 1000 hours. 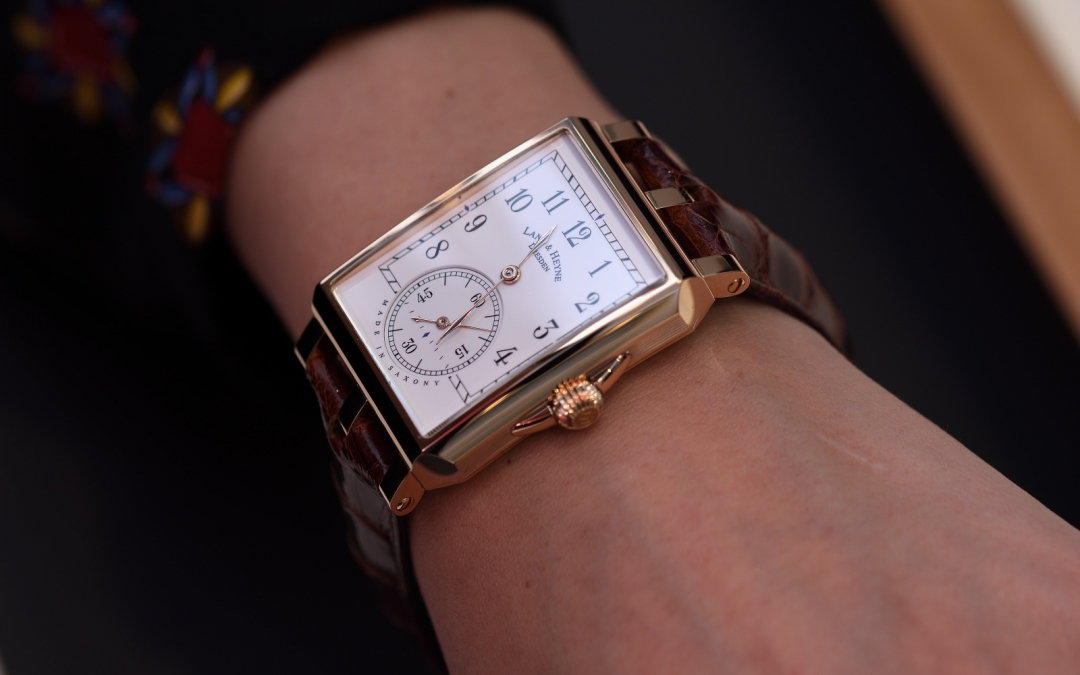 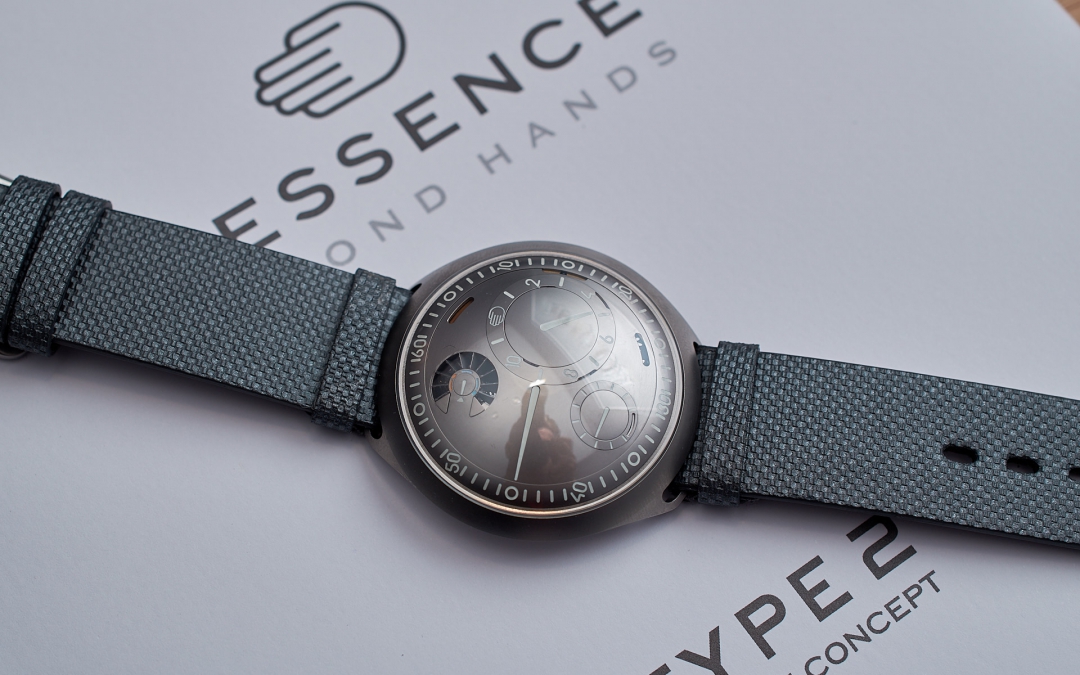 Ressence Type 2 E-Crown When a talented ‘outsider’ enters a well-known playing field, the same rules start to gain a new meaning. Industrial designer Benoît Mintiens took the user experience-centric mind-set of his profession and spiced up the watch arena with it. We saw the e-Crown, Ressence’s brand new innovation at the SIHH 2018.   Ressence have proudly adhered to the ‘freedom to think… 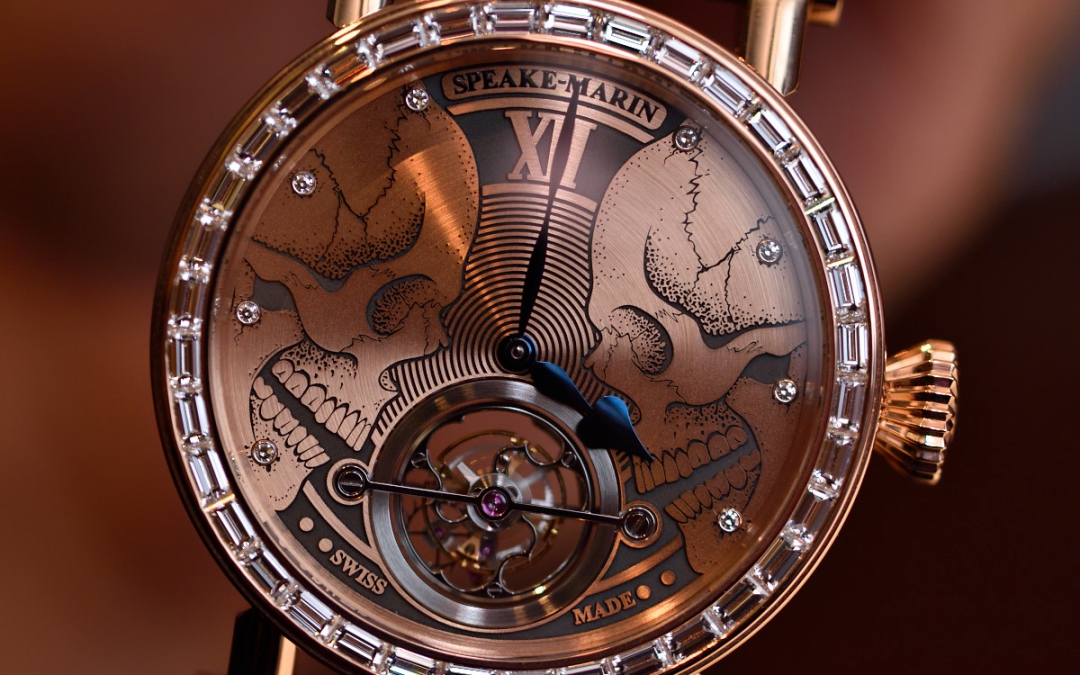 Skull art The complexity of the skull’s symbolism could not be conveyed more clearly than on the works of Peter Speake-Marin and Fiona Krüger. We went face-to-face with them at Baselworld 2016.